Minzy, Jamie, And EXID’s Solji Talk About Malicious Comments And More + Sandara Park Cries Over Minzy’s Message To Her

“When I won a dance contest, I received a casting offer from YG,” responded Minzy. “The funny thing was that I was also contacted by SM. I went to audition at SM first.” Her fellow 2NE1 member Sandara Park is a co-host of the show, and she expressed her surprise after learning this detail.

When asked if her senior artists at YG had taken good care of her, Minzy shared, “G-Dragon and Taeyang said since it was my first time in Seoul, they wanted to give me a tour of the city. I went with them and Sandara to the theme park in Jamsil.” Sandara Park also reminisced about how they’d bought them food too. 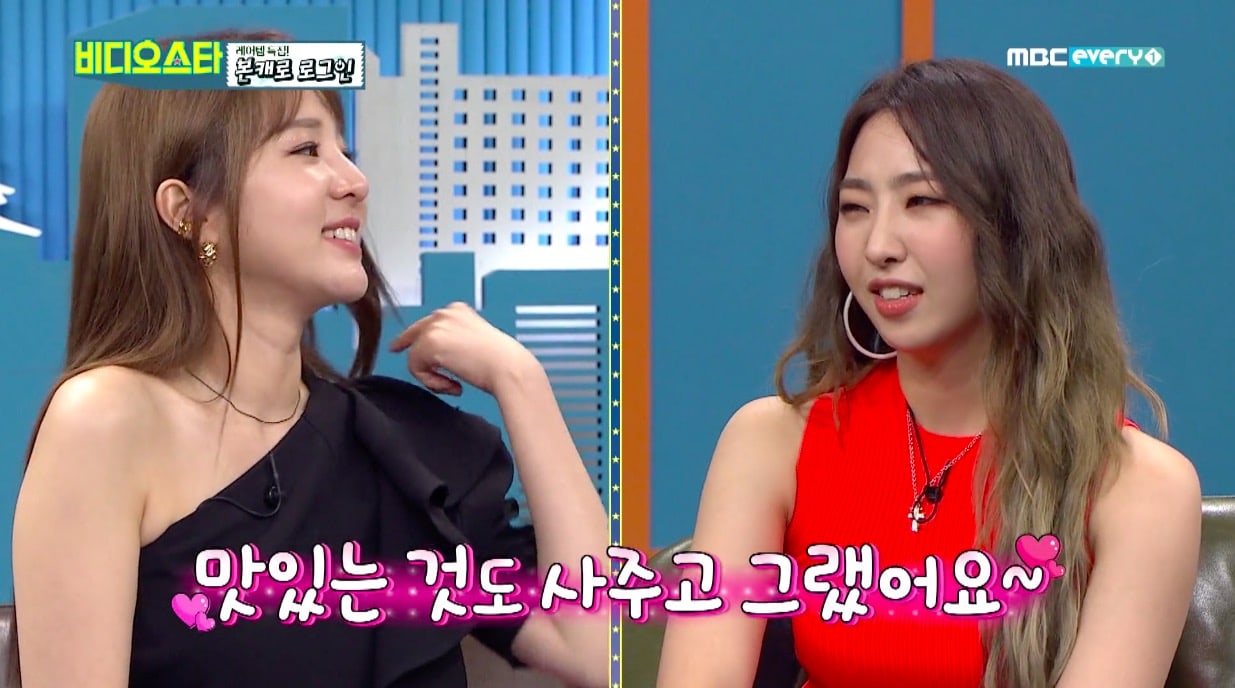 Solji shared, “I first debuted in 2006, which was a period when there were a lot of female vocalists like SeeYa and Brown Eyed Girls. I debuted with 2NB, but we didn’t make it big. Our concept was ‘the female Fly to the Sky.'”

Jamie also said that the day or two before her contract ended with JYP Entertainment, the agency’s founder Park Jin Young apologized to her. She shared, “He said to me, ‘I wanted to try a lot of things, but since you’re good at this and good at that too, I was very conflicted over what direction to go in.’ He told me that he was sorry that he hadn’t been able to quickly figure that out. I think that he was waiting during those two years. Rather than pressuring me by telling me to do this or that, he was more so telling me to find what I want to do.” She said that since he’d shown consideration for her as an artist, she was able to find her own musical identity and she shared her thanks.

When asked how she reacted when he said that to her, she said, “I got really choked up! I didn’t imagine he would think like that.”

Jamie was then encouraged to say something to Park Jin Young through a video message, and she appeared to be trying to hold back tears as she began to speak. She said to him, “You never pressured me and always told me good things, so now I’ve found the music that I want to make. That makes me so grateful. I’m going to perform cool and honest music on stage, so please watch over me. I love you.” 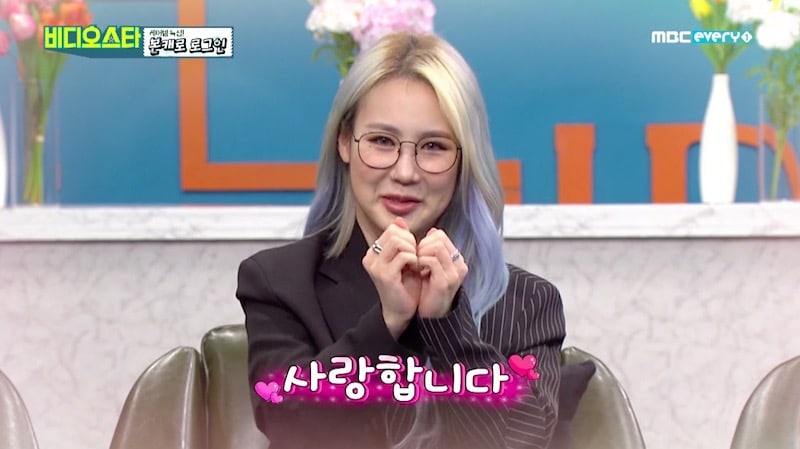 The idols also spoke about dealing with severe malicious comments and more over the years.

Solji shared that when she was on hiatus due to hyperthyroidism, malicious commenters had told her she should leave the group and not harm her team. She said, “I was really sick and resting, and I was already feeling really sorry because I couldn’t be with them. So when they said that, I even thought, ‘Should I really leave?’ I think I was really hurt by those malicious comments.”

When asked if she’d spoken about it with her fellow members, she said she had. “I think we all cried over it,” she said. “The members were purposely not contacting me because they didn’t want to pressure me or make me feel sorry. And since they were busy while promoting and I didn’t want them to be paying attention to me, I was just thinking, ‘I need to get better soon.'” 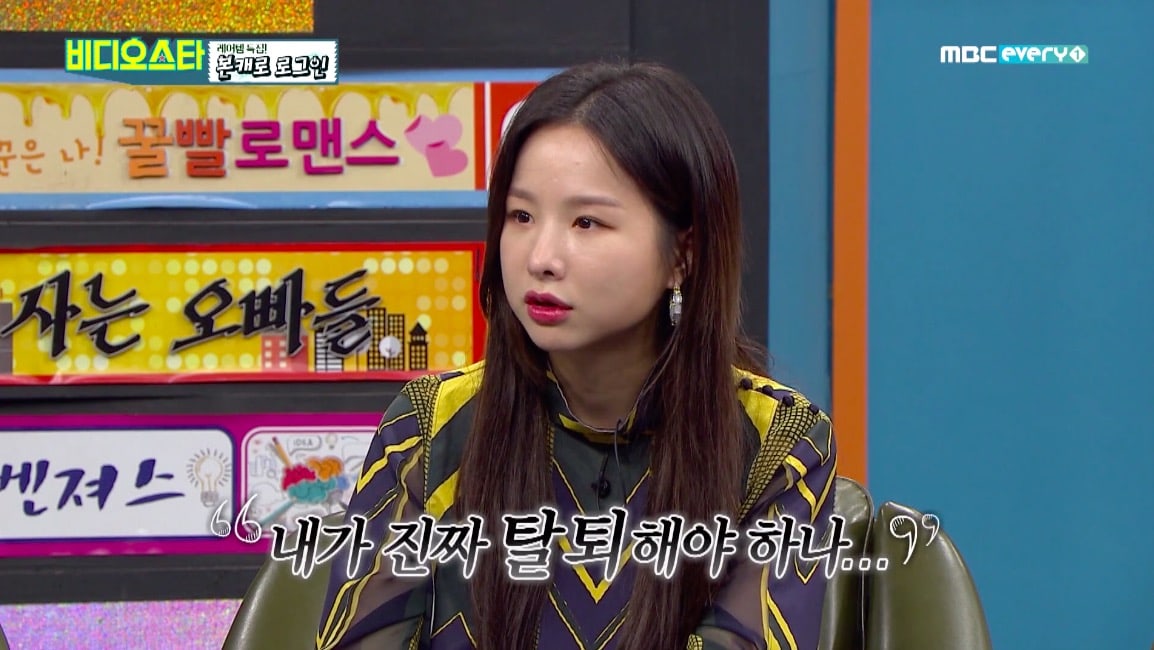 Solji also spoke about how it felt to have to stop promoting because of her health issues. Solji spent a year and a half on hiatus and underwent orbital decompression surgery, and a year ago she was told that she’s made a full recovery.

“I debuted early in life and I also had a long period where I was unknown,” she said. “Then when I became an idol again and was doing well, I suddenly became ill. It made me think so many things, like, ‘Why is this happening?’ I can smile now, but at the time I was really struggling.”

She went on to say that she’s been contacted by people through direct messages on social media who have the same symptoms as her and ask for advice on where to go for treatment. “I reply to them all,” she said. “When they see how I got through it and am able to work again now, it makes them think, ‘She was struggling with it but she’s working again now. I can do that too.’ I want to show them that, so it makes me work harder.” 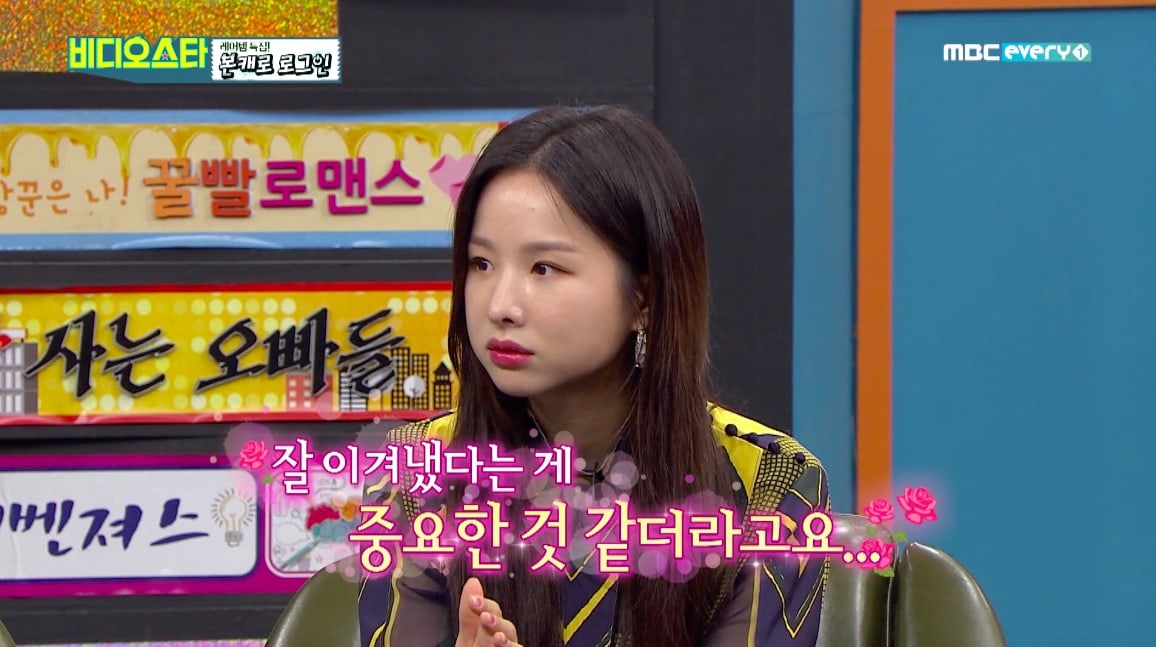 Minzy was asked about malicious comments that she received too.

“The thing that hurt me the most was people commenting, ‘She’s seriously ugly, how could she be a singer?'” she said. “I thought that to be a singer, you had to be good at singing. I was very hurt when I saw those things at such a young age. It made me think, ‘Am I really that ugly?'” Solji empathized with her as she said, “I got those comments a lot too.” 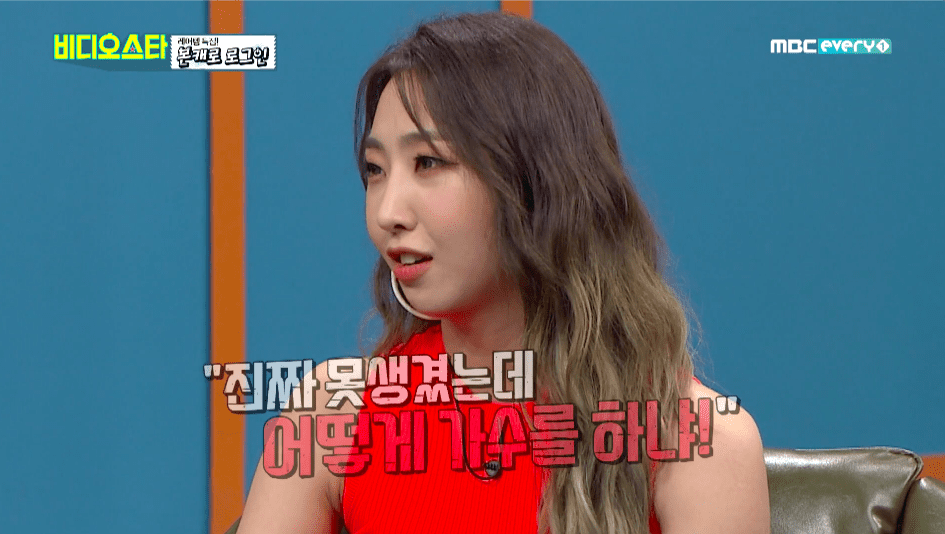 The hosts then brought up how Jamie was in the news for the way she handles the sexual harassment she’s dealt with online.

“It was so severe,” Jamie said. She explained that she was more shocked than angry over the messages she received over social media, describing her surprise over “someone living on the same earth as me, with a brain just like me, sending those things.” 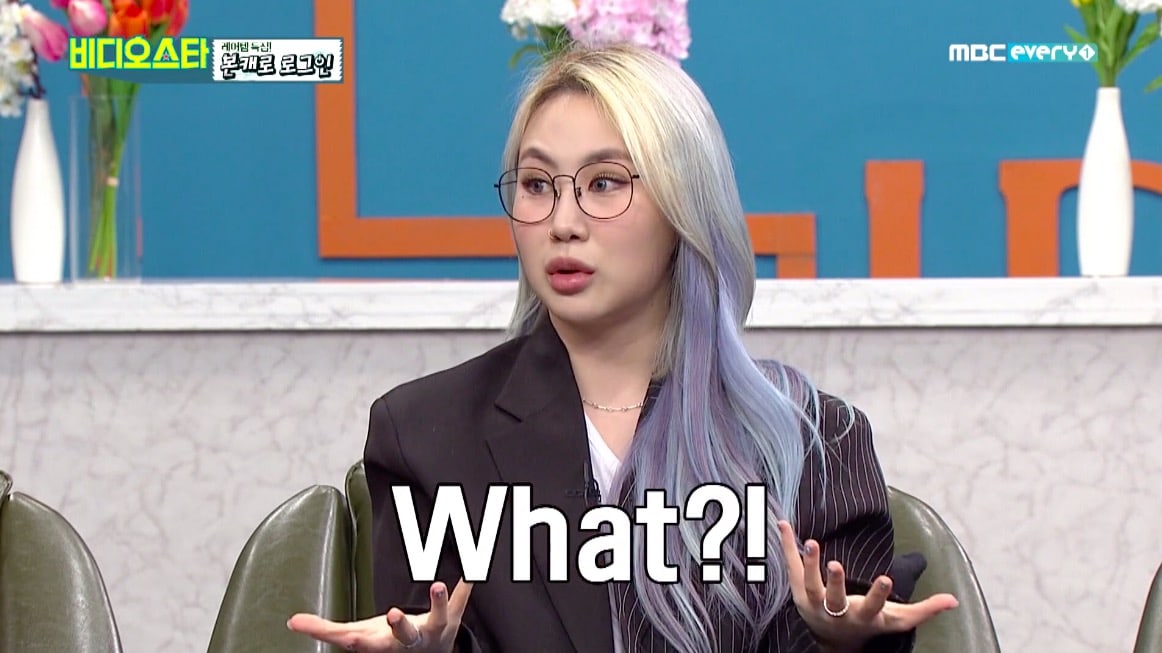 “One thing they’d do was send photos of me that they’d edited,” she said. “Or they’d compare my body to some kind of fruit. They put on full-body latex and send me a video of that, and they even made moaning noises.”

She described how since the person hadn’t got the shocked reaction from her that they’d been expecting, they kept making different IDs and sending her similar things. She then explained why she’d decided to report them. “It wasn’t that I was having a hard time over it,” she clarified. “I wanted it to just end it after they’d sent it to me; I didn’t want them to send it to other people.”

Next, Minzy talked about being the subject of hate and rumors after leaving 2NE1. “We had a really long hiatus,” she said. “To be honest, we were a group with only two full albums.”

Host Kim Sook was shocked by this comment since 2NE1 is known for having so many hit songs. Sandara Park explained that this was because many of the b-sides on their albums had done well.

“I was having a hard time because of the hiatus,” said Minzy. “Personally, I was also depressed and very stressed because of that. Then after I left the group, people called me a ‘traitor.’ The rumors and false reports spread. Honestly, that was the hardest thing for me to handle. I was 22 years old at the time. I think I just didn’t look at the media online for quite a while, because it was too hard for me to deal with.”

Minzy then said that there was something she wanted to say to Sandara Park. “When I watched Sandara, as a co-worker, I saw how many different things she does, how she takes on new challenges and grows,” said Minzy, and Sandara Park began to cry almost as soon as her friend began speaking.

Minzy also began to get choked up as she said, “I think that gave me a lot of strength when we were going through a hiatus.” The show noted in a caption that 2NE1 experienced a three-year break. 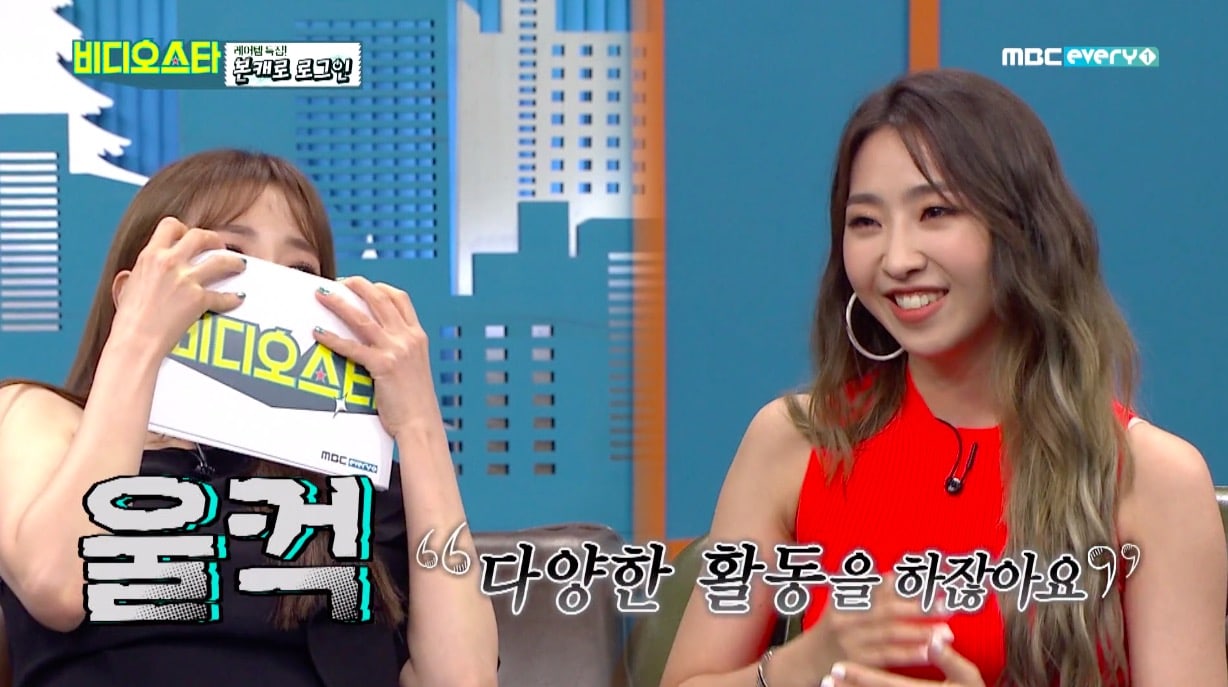 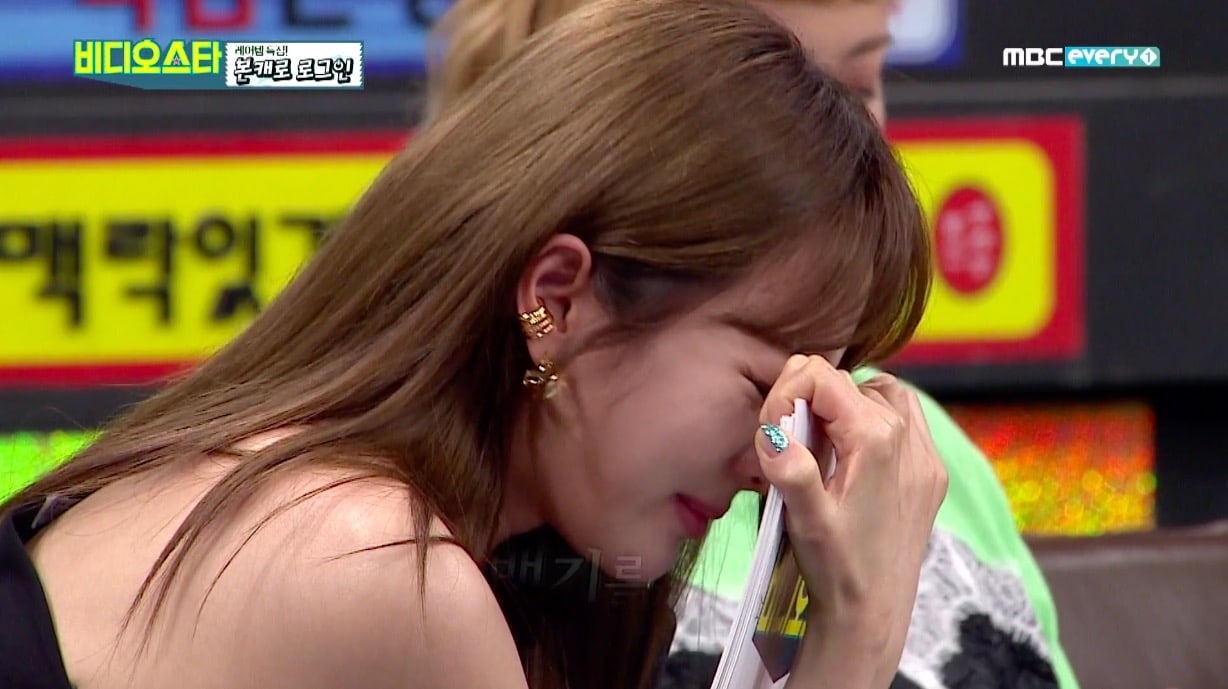 Sandara Park’s fellow hosts shared that she doesn’t usually talk about other people but she’d spoken a lot about her worries about Minzy’s appearance on the show that day, like a family member would.

“She was the mom in our group,” said Minzy. “She was always taking care of us and looking out for us.”

Sandara Park tearfully said, “I’m not the type of person who shows affection, so it’s only lately that I’ve expressed myself a lot. I do things like sending hearts in messages. When we were promoting, I feel like I wasn’t able to take care of you, our youngest member, a lot. I felt very sorry. It must have been so hard for you at such a young age. I regret that.” 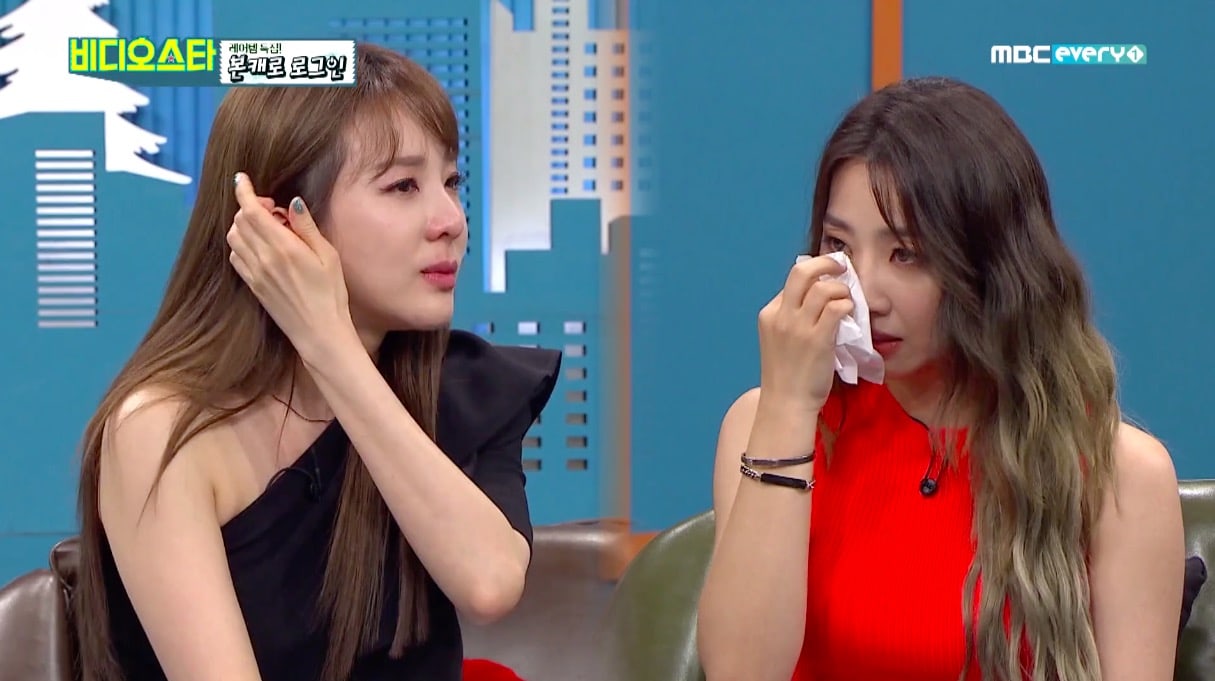