The rankings were determined through an analysis of the consumer participation, media coverage, communication, and community awareness indexes of 630 boy group members, using big data collected from June 17 to July 18.

EXO’s Chanyeol rose to second place in the rankings with a brand reputation index of 4,197,287, marking an impressive 185.21 percent increase in his score since June.

BTS’s Jungkook and V maintained their respective positions at third and fourth on the list, with Jungkook scoring a brand reputation index of 4,121,974 and V following close behind with an index of 3,950,794 for the month.

Finally, EXO’s Sehun rounded out the top five with a brand reputation index of 3,766,957 for July. 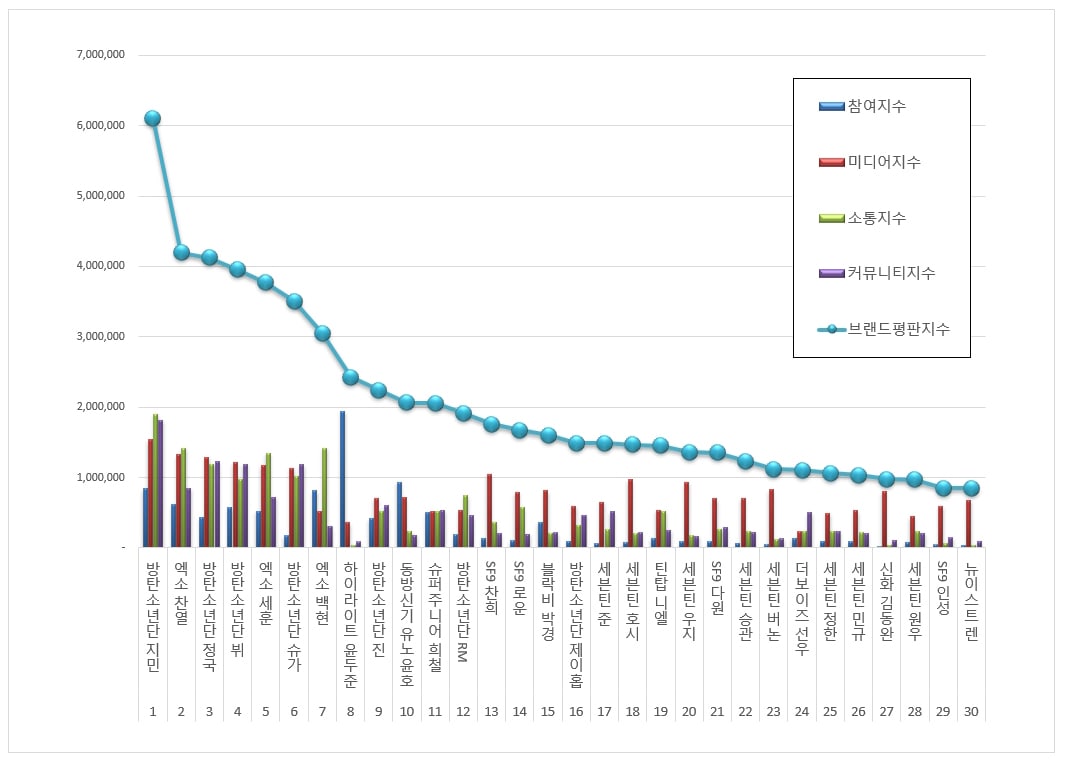