SHINee’s Onew Discharged From The Military

SHINee’s leader has returned from the army!

On July 20, Onew was officially discharged from the military according to COVID-19 protocol.

SHINee’s official Twitter account celebrated his return with a photo, and Shawols (SHINee World; SHINee’s fans) are happy to see him back as well.

Onew gifted his fans with a hand-written letter on SHINee’s official page.

His letter reads as follows:

How have you been? This is SHINee’s leader Onew.

Thank you for waiting for me while I was serving in the military.

Let’s try to meet more often! Let’s have fun and sing together for a long time! 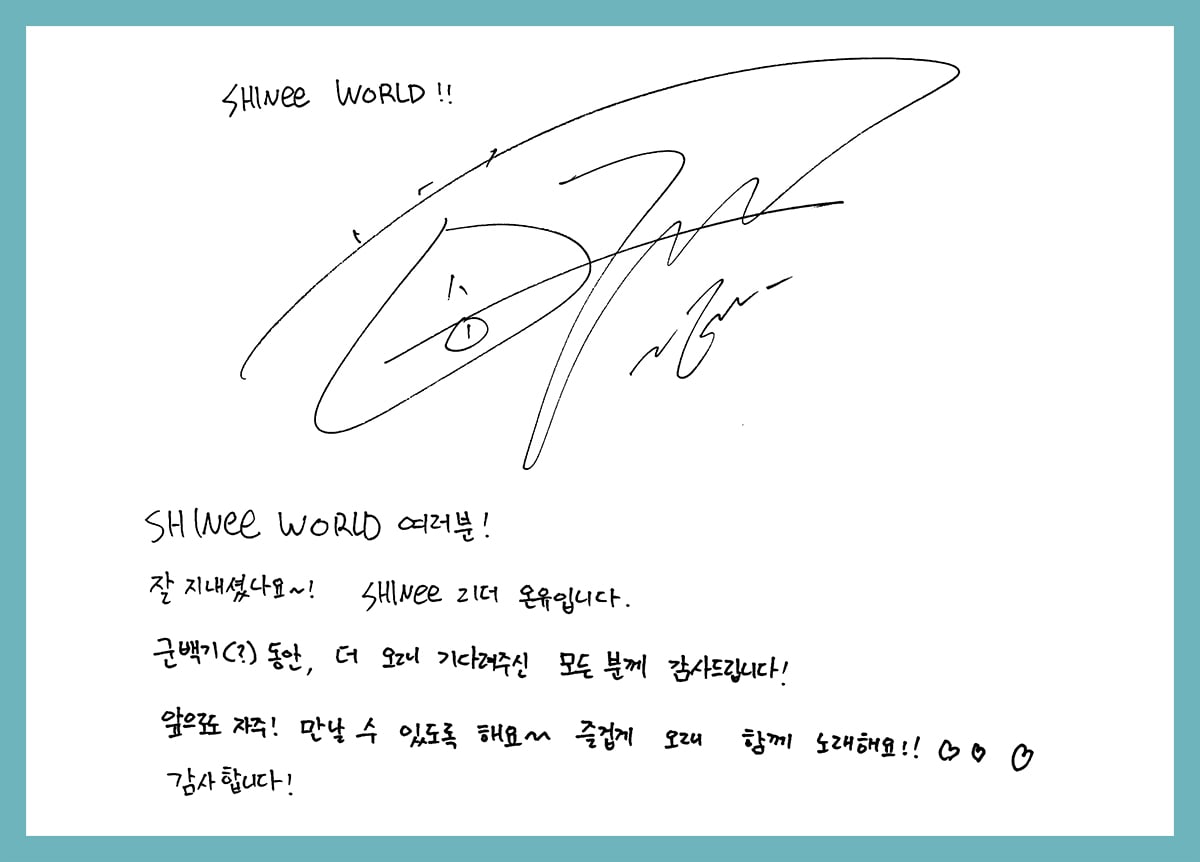 He also recorded an audio message to his fans on SHINee’s official page here.

Below is a translated transcript of his message:

Hello, this is SHINee’s Onew.

I wanted to meet and greet you personally on a day like this, but this is how I’m saying hello.

It was thanks to SHINee World’s support that I was able to return healthily from my service.

I will work hard to impress even more since you waited for me with so much love. Please wait just a little bit more.

This has been SHINee’s Onew. See you soon. Thank you.

Onew enlisted in the military as an active duty soldier on December 10, 2018. He is the first SHINee member to be discharged, as Minho and Key are currently serving in the military and Taemin has yet to enlist.