IU Shares Why She Loves Writing Lyrics, What She Would Change About Her Early Twenties, And More

On the July 23 broadcast of radio show “Kim Eana’s Starry Night,” IU appeared as a guest!

The singer and lyricist showed off their close friendship as IU referred to Kim Eana as “auntie” and Kim Eana commented on how much IU has matured. 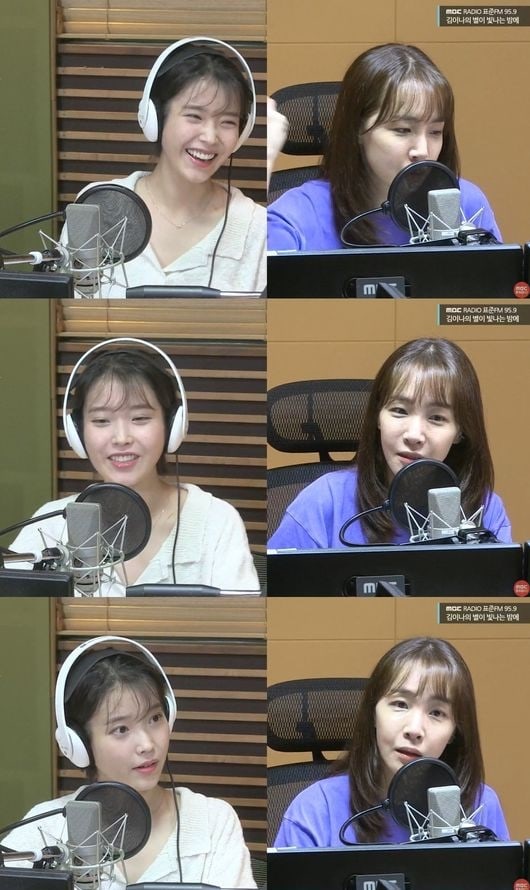 IU spoke about the movie she’s currently filming called “Dream,” sharing, “It’s my first-ever commercial film so it’s really chaotic but also very consistent. These days, I’m trying to incorporate sleeping and waking up early into my schedule. I’m living a very consistent life that I’m pretending I can’t resist. There are times when I can sleep well and times when I cannot, but I’m living a very scheduled life.”

Regarding the most exciting aspect of her life right now, IU touched on the fun of writing lyrics and her participation in Brown Eyed Girls’ JeA‘s latest track. IU commented, “I worked on this song early this year. When I was working on it then, you said something to me. You listened to my concerns as a rookie lyricist who is working on songs that aren’t my own.”

IU continued, “When you’re writing lyrics, you have a lot of options. You can become someone else and write freely. There are a lot of difficult aspects to it, but it also relieves stress. Out of all the work I do, writing lyrics is the most enjoyable.” 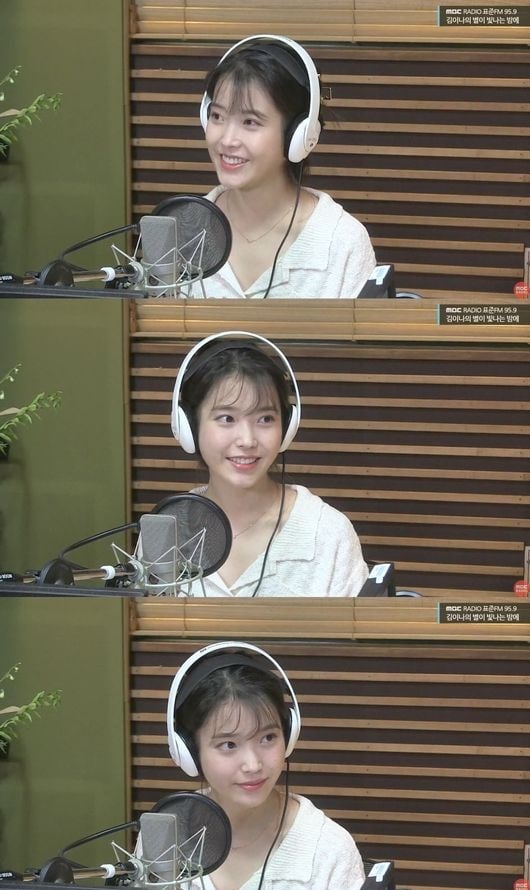 She also shared her disappointment at being unable to hold her annual concert this year due to the ongoing COVID-19 pandemic. IU explained, “I do a concert every year and this is the first time that we aren’t holding one. It was weighing on my mind because it felt like I was giving my fans false hope. Even though I’m not having a concert, I’m not just going to play around. I’m going to do whatever I can, so please look forward to it.”

Later during the broadcast, IU gave advice to various listeners. One listener shared that those around them get upset that they do not talk about themselves enough, to which IU responded, “I’m like that too. I have tried but there’s a certain limit to an image that isn’t truly me. However, the friends who understand you stay by your side.”

After hearing the stories of many young listeners, IU then shared what she would do if she could go back to her 21-year-old self. She revealed, “I would want to try exercising properly and regularly. It’s hard to do so if you try later. I’m diligently doing personal training and aerobics now but it’s hard.”

IU
Kim Eana's Starry Night
How does this article make you feel?