Members Of PENTAGON, ONF, And TOO Reunite To Candidly Share Thoughts About “Road To Kingdom”

The new pictorial takes on the concept of “summer” and highlights the idols’ refreshing charms and warm friendship.

Concerning their reunion for this fashion magazine, Wyatt joked, “I heard Hongseok was going to participate and grew determined [to have good physique like him], so I worked out every day without a break.” Hyojin added with a laugh, “Honestly, when I knew who I was going to do the photo shoot with, I wondered if I should even be part of this. I thought, if it’s taken from the sea, there will probably be some exposure. Fortunately, there was no drastic exposure, but it was the maximum amount of exposure I’ve ever had.”

Chan said, “It’s my first photo shoot with Kyungho, so I was nervous, and I was thinking the same thing Hyojin was worried about. I was actually kind of in doubt until this morning because I’m rather thin.” Kyungho added, “I thought it would be hard to show a good body after working out in a short period of time, but I prepared hard anyway. I think it’s important to have an active mindset.”

When asked about their individual efforts for “Road to Kingdom,” Hongseok shared, “When preparing for the first round, there was a performance that started with my top off, so there was a lot of pressure and responsibility. I organized my diet to make it perfect. I’ve never been on a diet so hard in my life. I want to say that I did my best in performance and vocal practice as an idol…” With a laugh, he added, “Since I was faithful to my role, I could say that I made the most strenuous effort at that time. Yeo One helped me mentally. Even when everyone was exhausted from the results of the contest, it was Yeo One who kept the energy going, although it must have been hard for him, too.”

Wyatt said, “When I came back to the company after the interview it was 6 a.m. The embarrassment and stress from it hit me at once, so I went into a meeting right away, and it was a fight with myself from that day on.”

Chan explained, “As it overlapped with our debut period, we prepared performances and participated in choreography while working on the main performance. Our members probably slept an average of 1 to 2 hours then. I couldn’t only think of choreography and performance, so I came up with a lot of ideas visually. On the ‘Hard Carry’ stage, I think we showed a a new concept while trying out a hip hop theme.”

Then Kyungho added, “When I first danced, I was so immersed that I was confident that I could be named as one of the people who did their best, and I felt like I was going back to that time. I got a headache while preparing for the stage because of the thought of how to be better and better, but it was a good experience.” 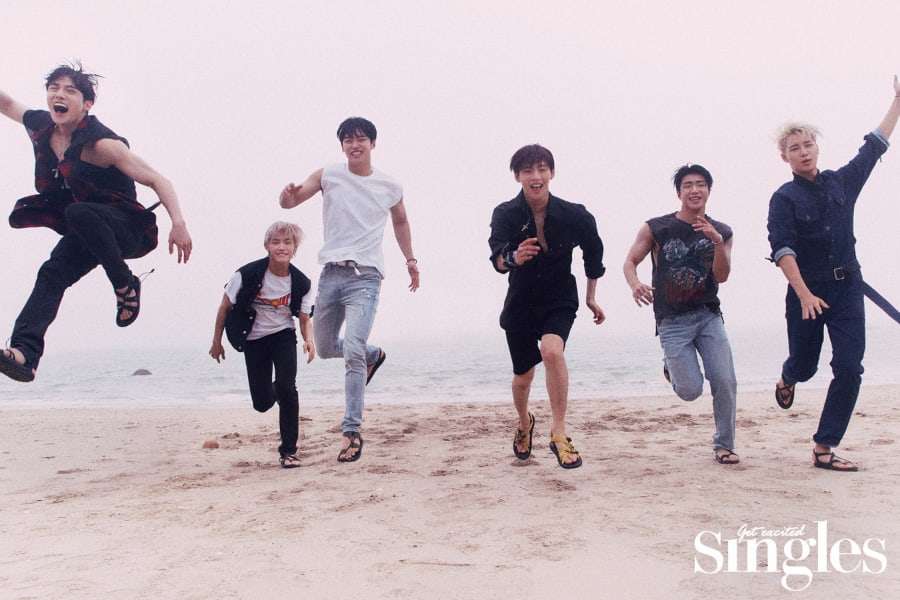 Chan also talked about resembling Deux’s Kim Sung Jae and Rain. He said, “I like Kim Sung Jae so much that I sang ‘As I Told You’ in the monthly evaluation before my debut, and sometimes people tell me I look like him, so that makes me happy. I also heard I have Rain’s stubbornness, courage, and competitive nature. Please love me a lot.” 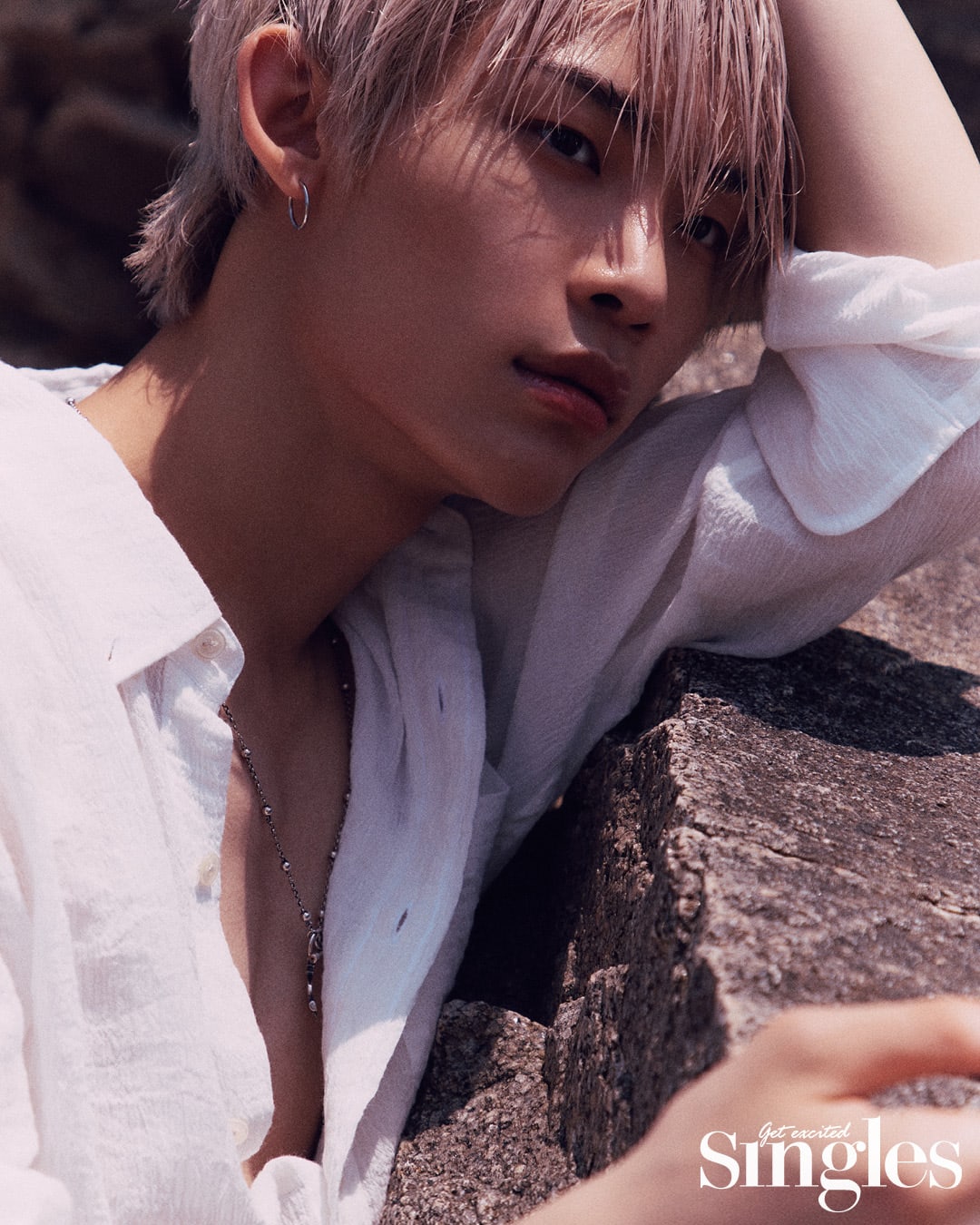 Kyungho, who is known for being one of the best dancers of idols born in 2001, talked about dancing, saying, “In ‘Road to Kingdom,’ VERIVERY’s Dongheon openly praised my dancing, so I was embarrassed but honestly happy. Actually, I had no idea about dancing. I happened to be on stage once when I was in middle school, and when I saw my friends’ reactions, I thought I had talent so I went into dancing, but I looked around and found out that my talent was common. I wanted to do better than that, so I used my effort as a gift.”

Then Hongseok talked about his friendship with Yeo One. He said, “After PENTAGON split into more than one dorm, we can’t talk unless we meet up, so we meet in the playground near the dormitory and catch up. I used to go to the cafe near the neighborhood of Seongsu, but recently I try to refrain from going out because of COVID-19. We meet up at each other’s places or take a walk in the back streets of Seongsu where there are few people with our masks on.”

Concerning PENTAGON’s “Basquiat,” Yeo One commented, “Not long ago, a performance video of the new song ‘Basquiat,’ which we performed on ‘Road to Kingdom,’ was released, and there were positive reactions about the video quality. I think we stood out because of our dramatic acting. We wanted to convey the symbolic message of the song through visual effects, but it seems that our members made the visual beauty shine with their perfect expression as artists.” 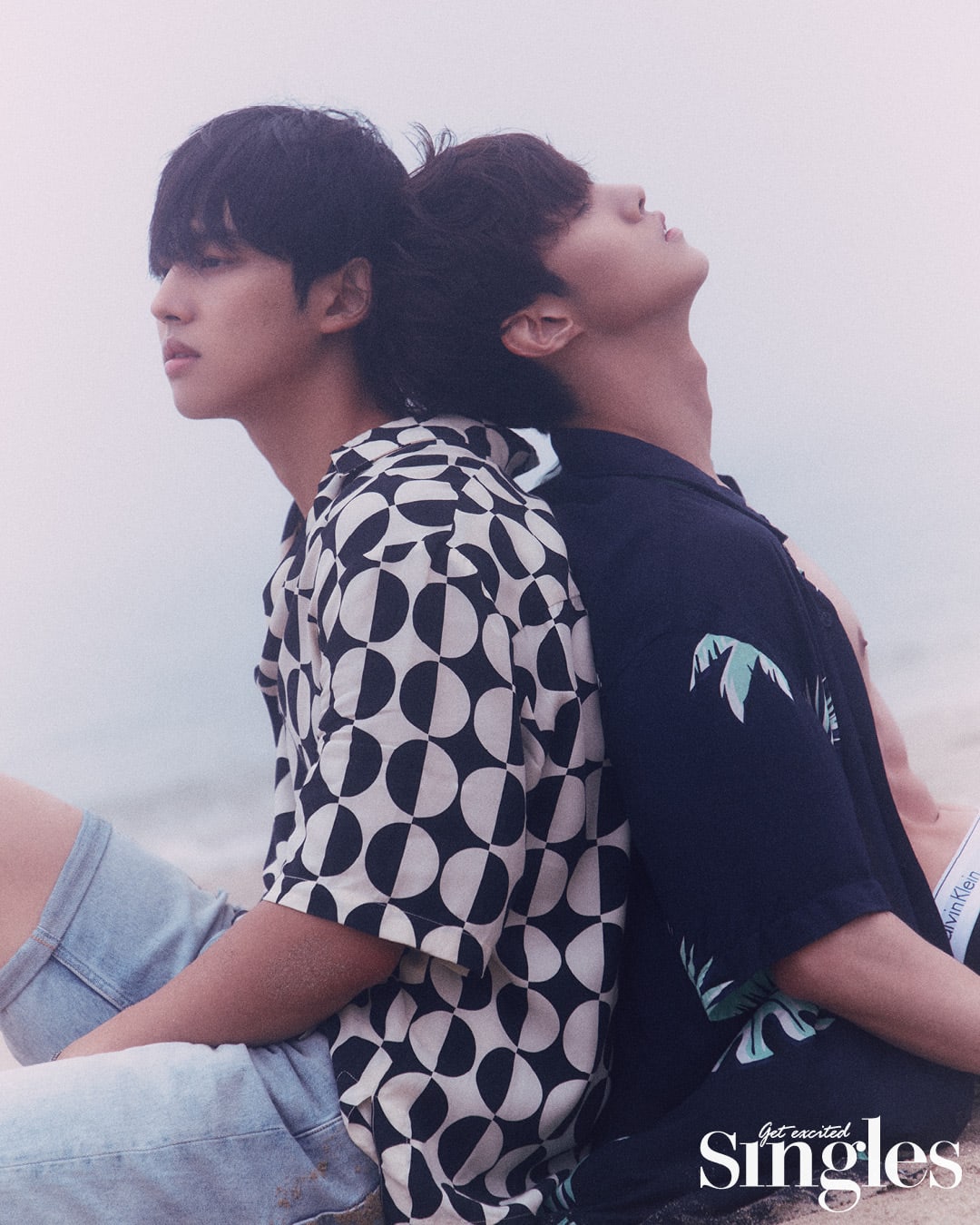 Then Wyatt talked about his deep voice, saying, “I’ve never paid much attention to my voice because there are many people with deep voices, but I’m very grateful for the fact that many people like it after watching the ‘Road to Kingdom.’ However, there are pros and cons to having a deep voice. Since my voice is like an echo box, it becomes calm when I’m reading books or explaining something, so people can listen to it comfortably. The downside is that I don’t have clear pronunciation. Sometimes, when I say things, my voice rings, so it’s easy for many people to misunderstand what I’m saying unless I pronounce things correctly. It seems that pros and cons coexist everywhere.”

Lastly, Hyojin shared his favorite performance on “Road to Kingdom” was “We Must Love More” with Oh My Girl’s YooA. He explained, “The original version of ‘We Must Love’ is also very good, but when it was arranged with ONF’s song ‘Moscow Moscow,’ it was really art. The stage through the facial expressions and performances of the members and YooA seems to have reminded us of a musical piece and served as an opportunity to further promote our team to the public. Like the title says, I fell in love with it.” 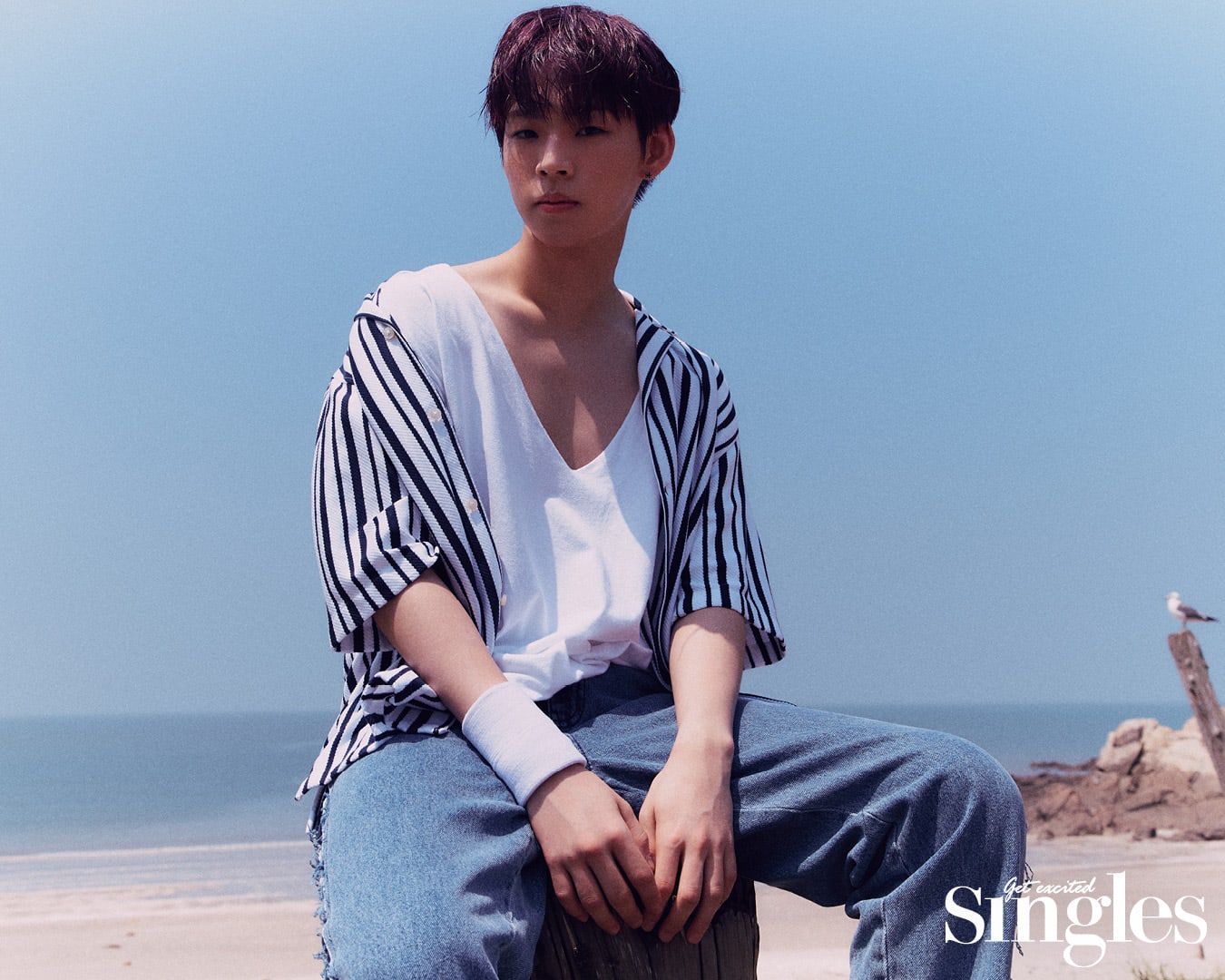 “Road to Kingdom” wrapped up last month, and you can check out the results here!

PENTAGON
Chan
Singles
Hongseok
ONF
Hyojin (ONF)
Wyatt
TOO
Yeowon
Road to Kingdom
How does this article make you feel?