Highlight’s Yoon Doojoon told the story of waking up to find he’d written an emotional Instagram post while drunk!

In the early hours of July 28, Yoon Doojoon uploaded a post on Instagram while a bit drunk, after having released his first solo mini album the evening before. In his letter, he talked about some of his past struggles during his life as a celebrity and expressed his sincere gratitude to everyone who supports him, after being moved by the response to his new music.

On the July 29 episode of “Kim Shin Young’s Hope Song at Noon,” Yoon Doojoon talked about the post.

“To be honest, I had to get up early the next day so I had a few beers to get to sleep,” he said. “But my album came out then, and I was so touched to see how my former staff, real friends, company staff, and members were supporting me. All I did was release an album, and I was so grateful. I also felt grateful toward my fans. I think I was suddenly a bit out of it so I wrote that.”

In his Instagram post, Yoon Doojoon mentioned that he thought he might kick his blankets in embarrassment (a common Korean phrase) the next morning when he saw it.

“I got up early the next morning and I didn’t kick the blankets,” he said on the radio show. “My close friends from elementary school usually don’t say this kind of thing, but they contacted me to ask seriously if I was okay, maybe because they were worried.” He joked, “That’s what made me realize I’d done something a little embarrassing.” 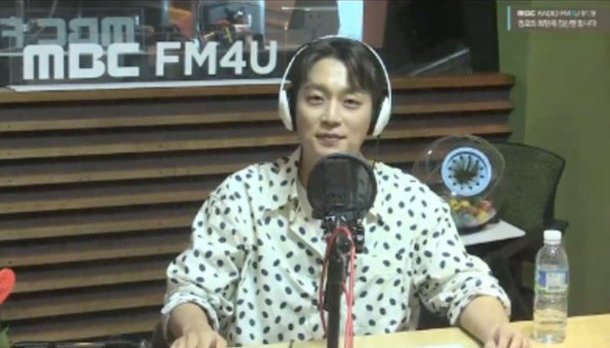 Yoon Doojoon is a singer and actor who debuted in 2009 as the leader of Highlight (at the time called Beast). He recently returned after completing his mandatory military service in April and released his first solo album “Daybreak” on July 27, featuring the title track “Lonely Night.”

Watch Yoon Doojoon in the drama “Let’s Eat 3” below!