Yoo Jae Suk, Lee Hyori, and Rain’s new co-ed trio SSAK3 earned a triple crown on the latest Gaon weekly charts with their debut track “Beach Again” (also known as “Summer Sea Again”). The song, which achieved a perfect all-kill earlier this month, swept the No. 1 spot on all three digital charts for the week of July 19 to July 25.

BLACKPINK also achieved a double crown this week: their new special edition of “How You Like That” rose to the top of the physical album chart as the group continued to reign over Gaon’s Social Chart 2.0 for the ninth consecutive week.

Congratulations to SSAK3 and BLACKPINK!

BLACKPINK’s special edition of “How You Like That” took No. 1 on this week’s physical album chart, followed by TXT’s “The Dream Chapter: ETERNITY,” which climbed back up the chart to No. 2. EXO-SC’s “1 Billion Views” stayed strong at No. 3, while Red Velvet – Irene & Seulgi’s “Monster” and Stray Kids’ “GO生” (“GO LIVE”) maintained their positions at No. 4 and No. 5 respectively. 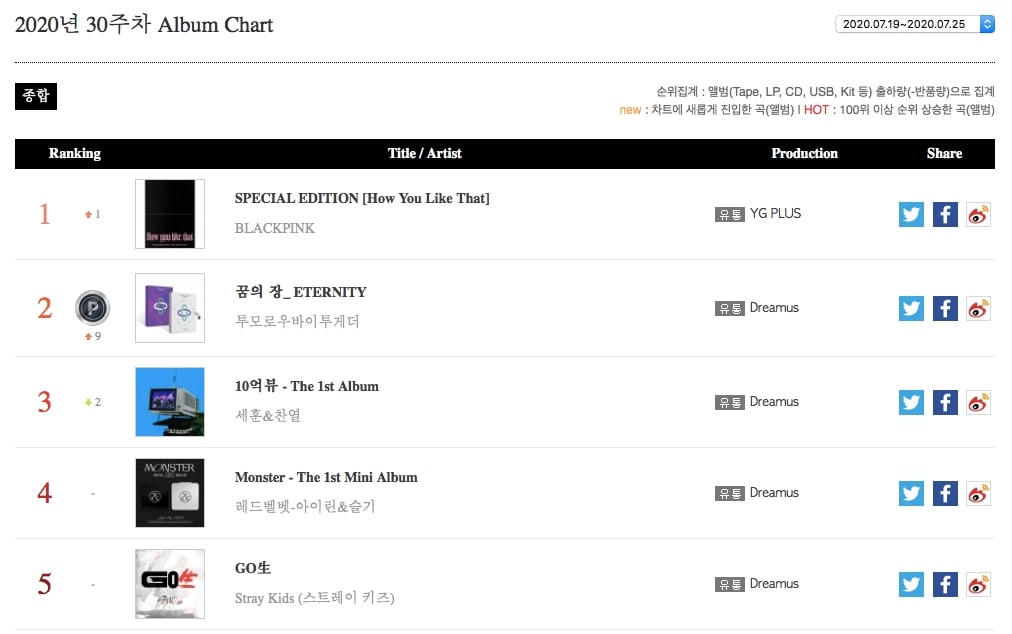 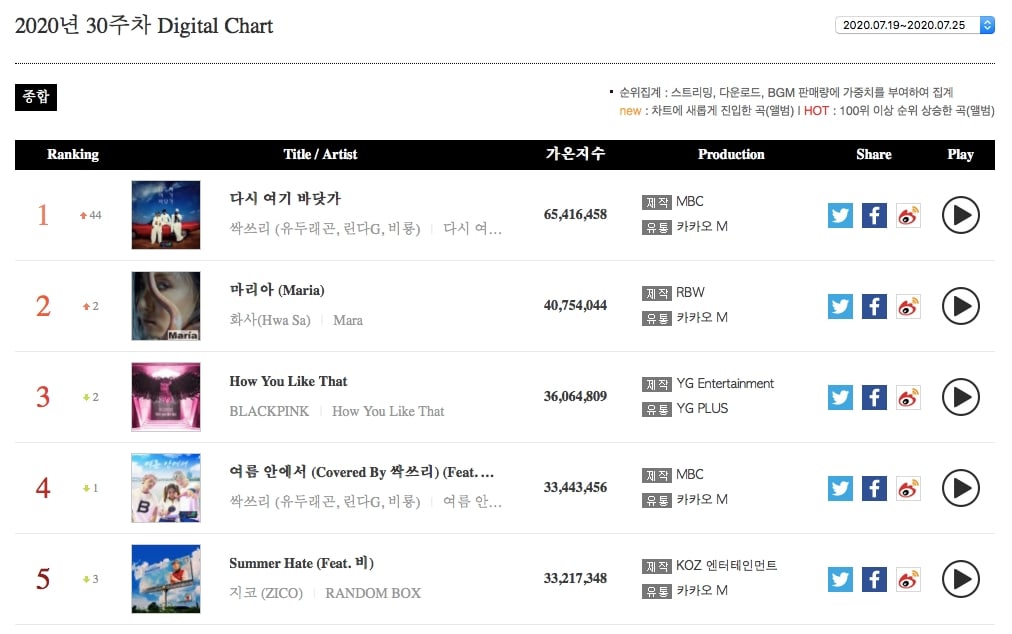 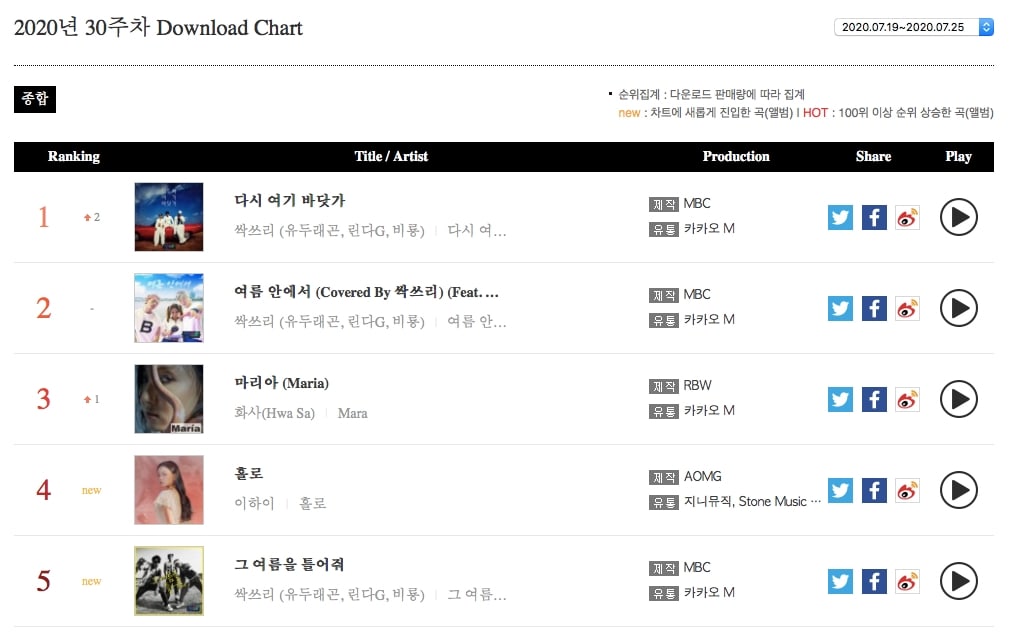 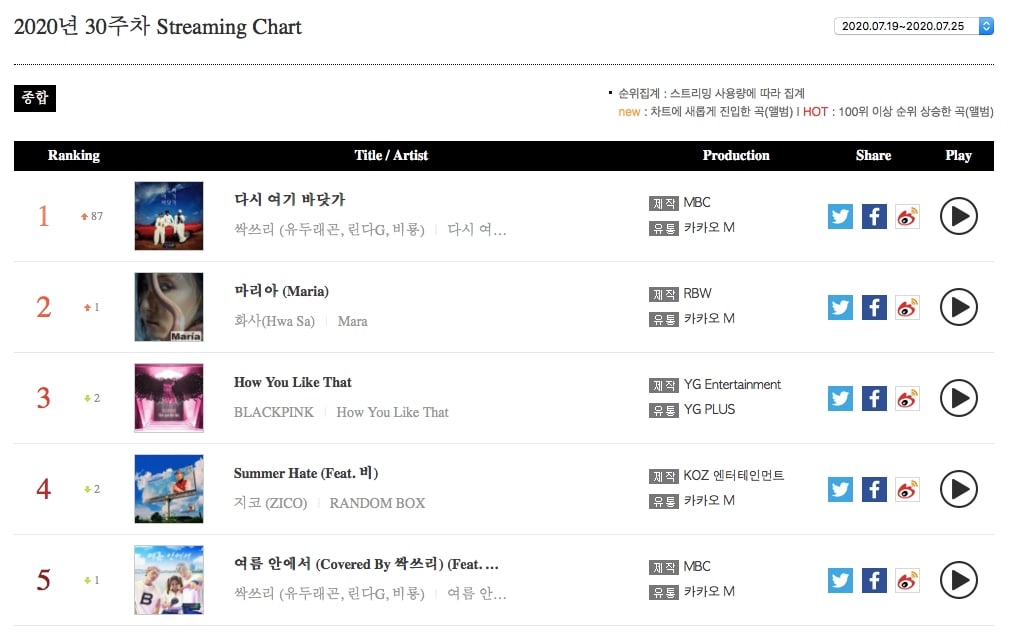 BLACKPINK held onto their spot at No. 1 on Gaon’s Social Chart 2.0 for the ninth week in a row, while Kim Ho Joong and BTS similarly maintained their respective positions at No. 2 and No. 3. Jin Si Mon rose to No. 4 on the chart, and SSAK3 rounded out the top five for the week. 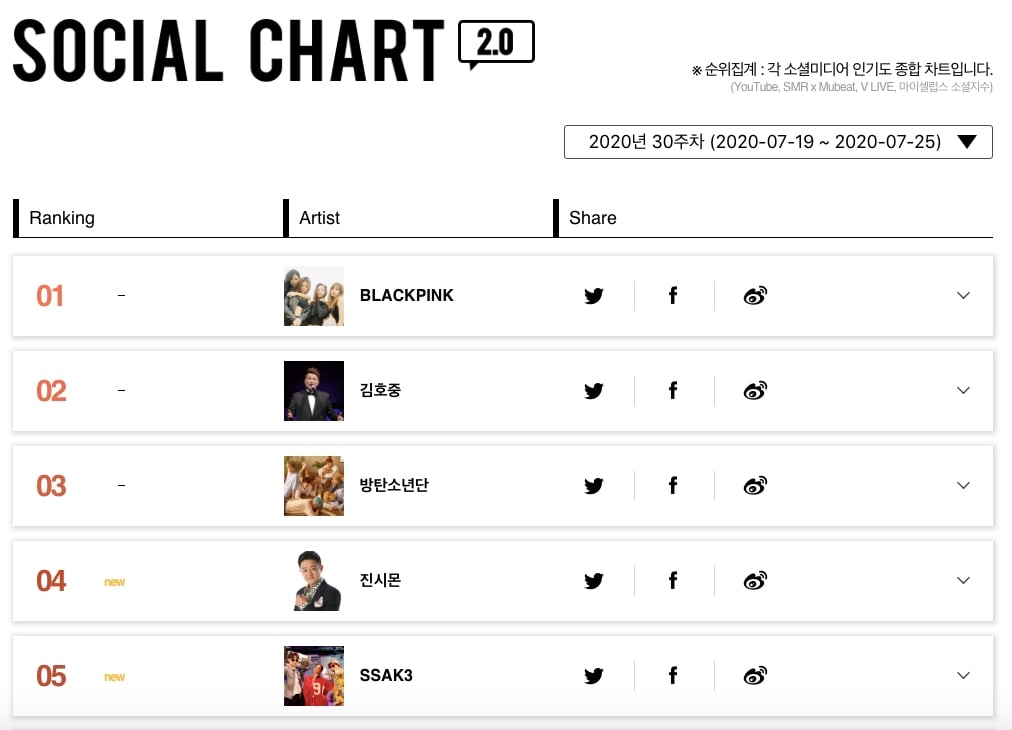 Watch SSAK3 on the latest episode of “How Do You Play?” below!