On the August 6 broadcast of “Kim Shin Young’s Hope Song at Noon,” Girls’ Generation’s Hyoyeon appeared as a guest with Soyou!

Host Kim Shin Young brought up Girls’ Generation’s recent party to celebrate Tiffany’s birthday and their 13th anniversary. She asked, “Who suggested the dress code?” to which Hyoyeon hilariously answered, “Who else would it be? It was Tiffany. I always feel pressured because of that. I don’t know why I have to go to the salon.”

She continued, “Last year, [the dress code] was sparkles but I was the only one who dressed accordingly. This year, it was all black, so it was easy. Thankfully, everyone participated.” 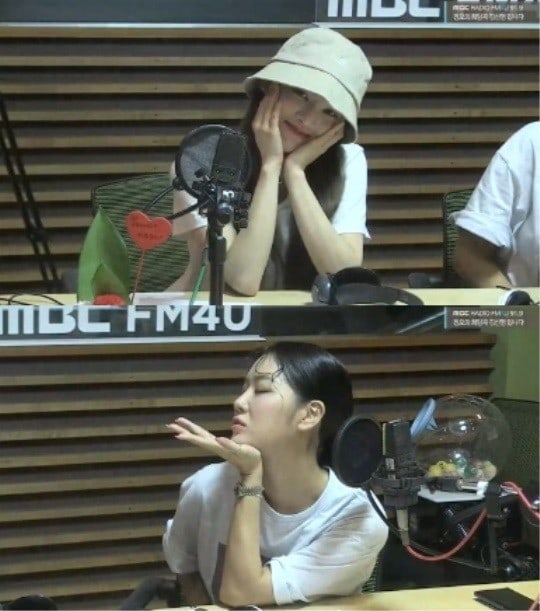 After recently dropping her new single “Dessert,” Hyoyeon has been enlisting various celebrities to do the dance challenge with her. She explained, “I even found out the phone numbers of friends I hadn’t been in contact with and said, ‘Please film once with me.’ I filmed with a new person every day. I changed the movements so they would be easier but the Girls’ Generation members felt a lot of pressure.”

Kim Shin Young asked, “Who do you think was best at the challenge?” Hyoyeon replied, “I liked that Girls’ Generation’s Yuri did it with a ton of energy. She made me look small.”

After talking about the bold makeup look Soyou did for her latest comeback with “GOTTA GO,” Kim Shin Young commented, “Those who look the most intense and intimidating are actually not in real life. Hyoyeon and Soyou are both gentle. Hyoyeon especially cries easily.”

Soyou added, “For SISTAR’s last performance, we all said ‘Let’s not cry on stage.’ However, Hyoyeon was the first to cry.” She shared that seeing Hyoyeon cry had made it hard for the members to hold back their tears. Hyoyeon said, “I really empathized.”