The friendship between Lovelyz’s Kei and MAMAMOO’s Hwasa is still going strong!

Last year, the two idols became friends when they teamed up for the vocal unit battle on Mnet’s “Queendom,” and despite their busy schedules, they have managed to stay in touch.

During a Naver V Live broadcast, Kei revealed that she had shown her support for Hwasa’s recent solo comeback with “Maria” by sending her a gift—only to receive an even bigger gift from Hwasa in return.

In response to a fan’s question, Kei shared, “Yes, I still keep in touch with Hwasa. I still talk to Hyejin [Hwasa’s given name]. I was so grateful to Hwasa because recently, when she made her latest comeback with ‘Maria,’ I sent her a really small gift to congratulate her. Because I can’t see her in person often, I wanted to at least send her a mobile gift card.”

“But then I suddenly received something by message,” she recalled. “Hwasa had sent me a mobile gift card for a premium beef set. And on top of that, it was Korean beef [which is more expensive than imported beef].”

“So I called Hwasa right away,” said Kei. I was so grateful that I thought I needed to personally convey my thanks… and as soon as she picked up, I started singing ‘Maria.'” She went on with a laugh, “But because I had just heard the song for the first time that day, I got the lyrics wrong when I sang to her. So Hyejin said, ‘Kei, you got the lyrics wrong.'”

“I was so grateful,” she continued. “We caught up by phone, but I want to see her in person soon so that I can treat her to some beef. I keep trying to figure out a time that we can meet, but since we’re so busy, we’ve just been staying in touch by phone these days.” 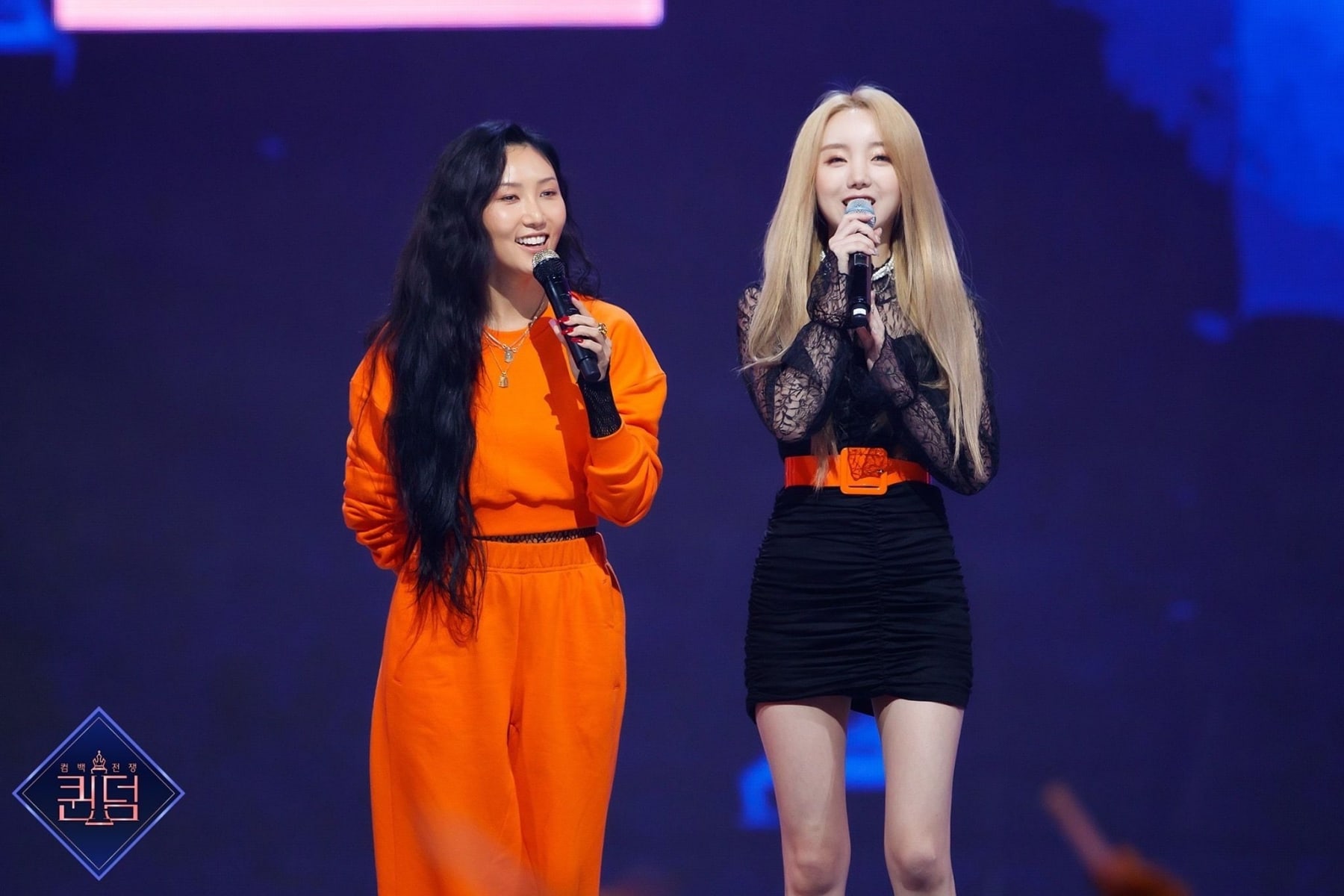 Lovelyz is currently gearing up to make their long-awaited return in early September, while Hwasa recently made a successful comeback with her first solo mini album “María.”

MAMAMOO
Lovelyz
Kei
Hwasa
How does this article make you feel?