Red Velvet and ReVeluv gathered to celebrate Wendy’s return from her hiatus!

On August 21, Joy took to Instagram to share some behind-the-scenes photos from the set of Red Velvet’s cover of BoA’s “Milky Way.”

Red Velvet’s “Milky Way” cover, which is part of an SM Entertainment project celebrating BoA’s 20th anniversary, was the first time that Wendy had joined the other four Red Velvet members for official activities since her injury in December 2019. SM Entertainment confirmed that this meant Wendy would be making a partial return to Red Velvet’s schedule as her health allowed.

Joy shared the behind-the-scenes photos on Stories with the caption, “The day of Wendy’s comeback.” Yeri shared a clip of Red Velvet’s cover on Stories and added the caption, “Finally 5 [members of] Red Velvet.” On top of a screenshot of the lyrics, she wrote, “ReVeluv [loves] Red Velvet forever.” On her own Instagram Stories, Wendy shared a cover photo and wrote, “Missed you all, my ReVeluv.” 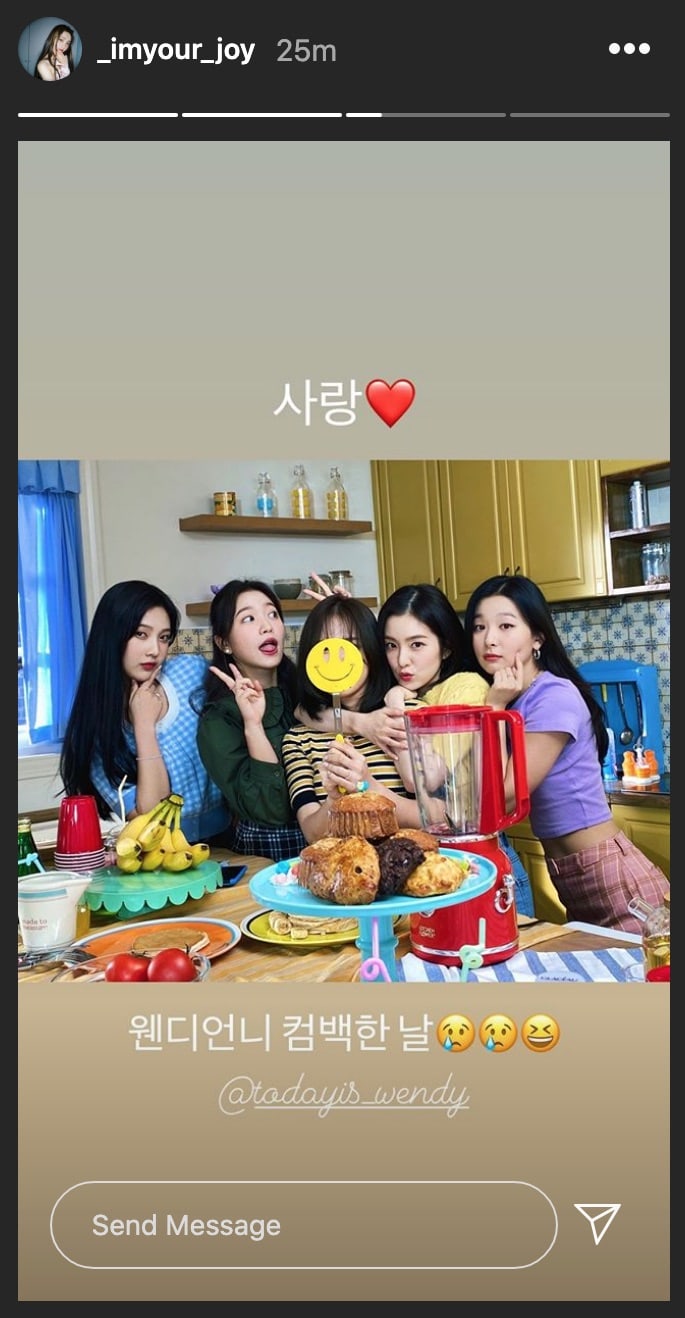 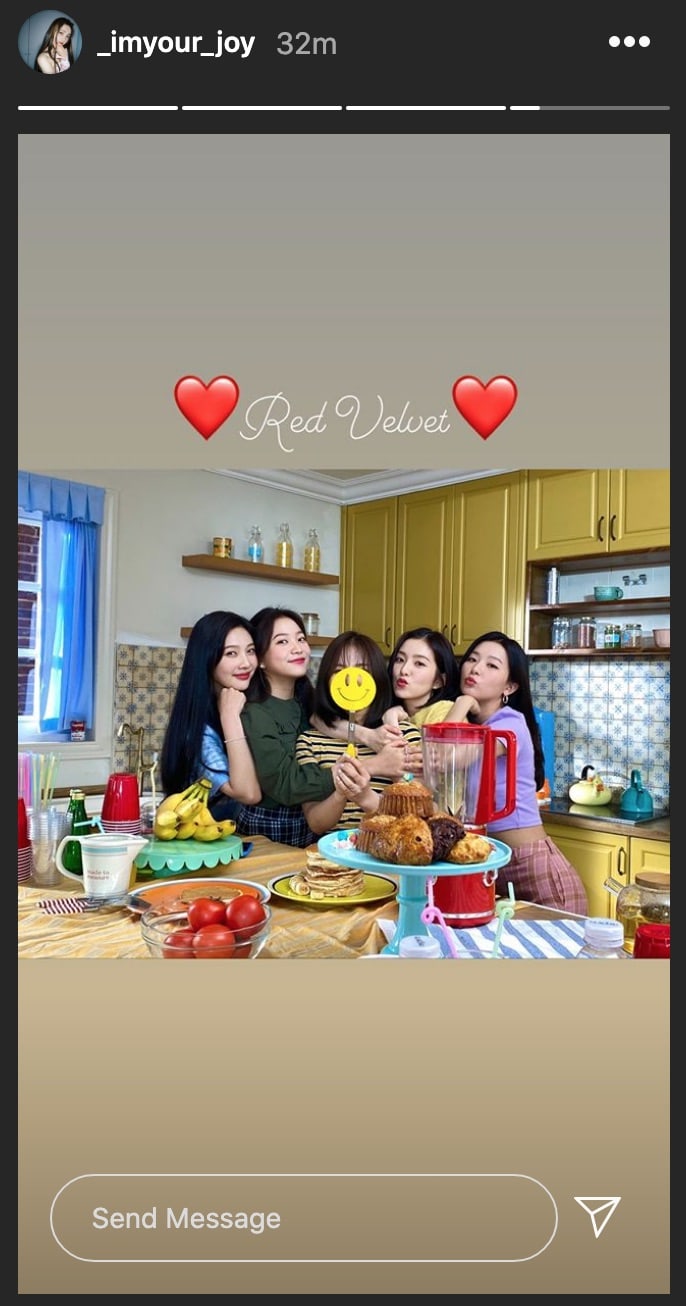 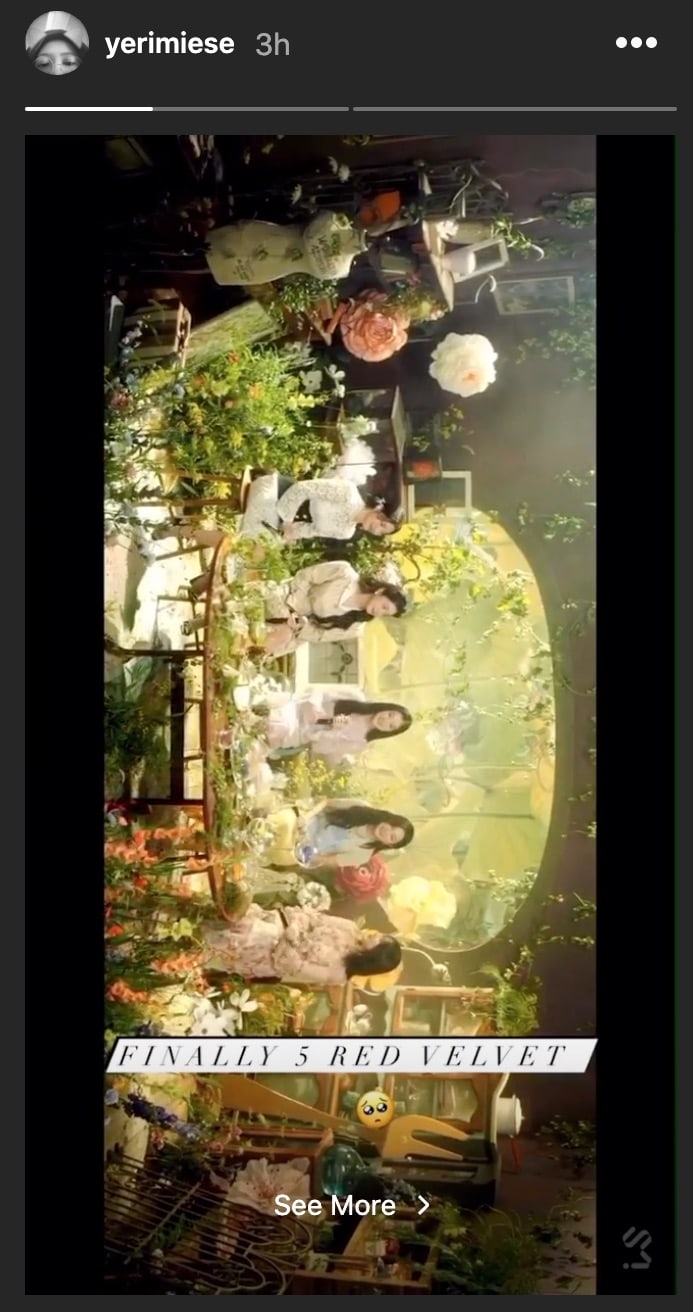 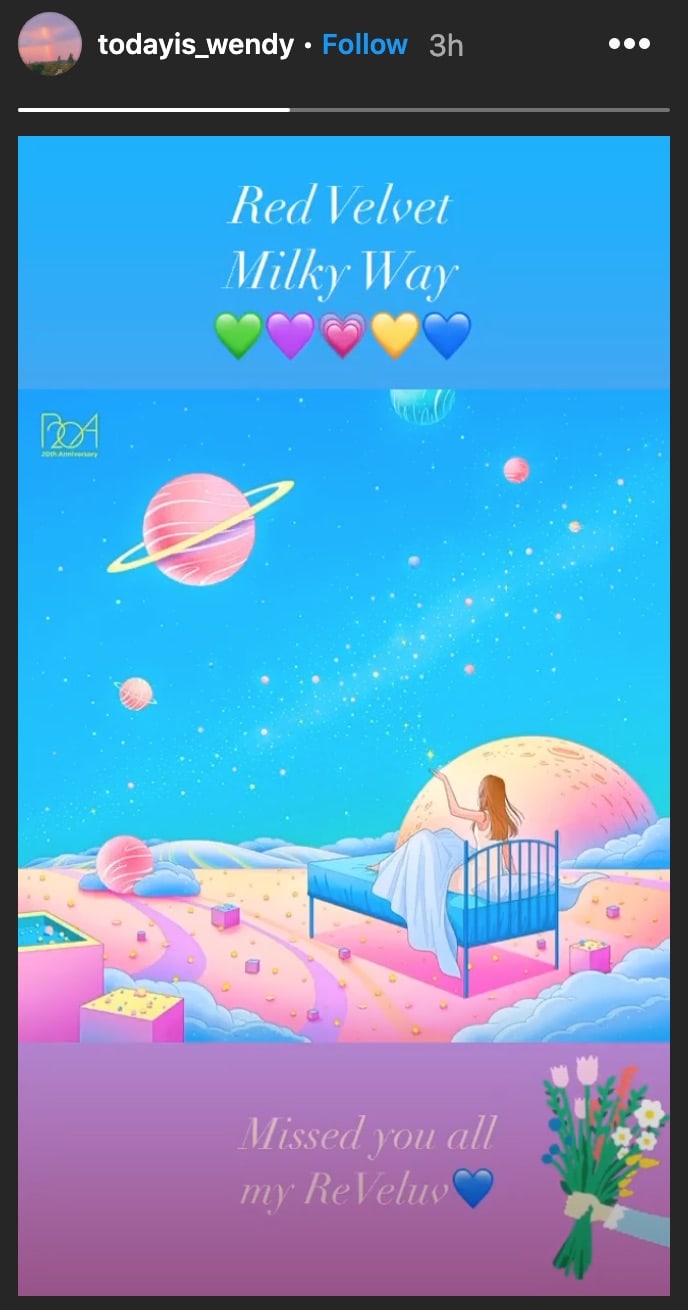