SuperM has shared their thoughts on their return with their first full-length album and its title track “One (Monster & Infinity)“!

Just two hours before their highly-anticipated comeback, SuperM held an online press conference to talk about their upcoming studio album “Super One.”

Describing what they hoped to accomplish with the album, the SuperM members remarked, “We want to show the meaning behind SuperM’s existence.” Kai elaborated, “Even though we’re all from different groups, we want to show off our unity as a team and what kind of synergy we have through our first studio album.”

SuperM went on to share that all of the songs on the album are tied together by one uplifting message—that we are all special in our own way (“Super”) and that we each have our own strengths (“One”). The title also alludes to the way we can surmount obstacles by joining together as “One.”

“This album bears our message of hope,” explained Kai. “It includes many different genres of music, and there is one key message that pervades the entire album. We’re living through a difficult time right now. Let’s come together as one to overcome it, and I’d like it if many people found hope.” 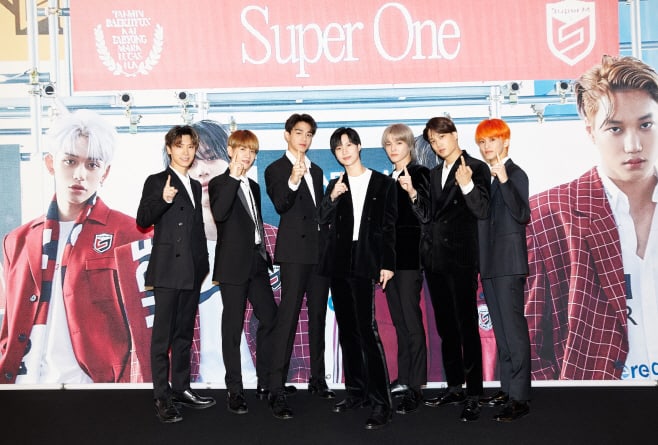 SuperM’s new title track “One” is a hybrid remix of two different B-sides from the album, “Monster” and “Infinity.” Taemin pointed out that the structure was similar to SHINee’s iconic 2012 hit “Sherlock,” which also combined two different songs (“Clue” and “Note”).

“I felt a real sense of accomplishment [after recording ‘One’], because it seemed like we were taking on a new challenge through the process of bringing two songs together to form one complete song,” recalled Taemin. “I’d done it once before with SHINee’s ‘Sherlock,’ but I gained more know-how this time around, and it was a lot of fun.”

As for what they considered the key point of their choreography, Baekhyun commented, “There’s a part in the chorus where we point up and down with our fingers. It’s a dance move that means that we’re always heading up to higher things, never down. Our calling card is our energetic dance performances, and I think that [strength of ours] really shines through in ‘One.'” 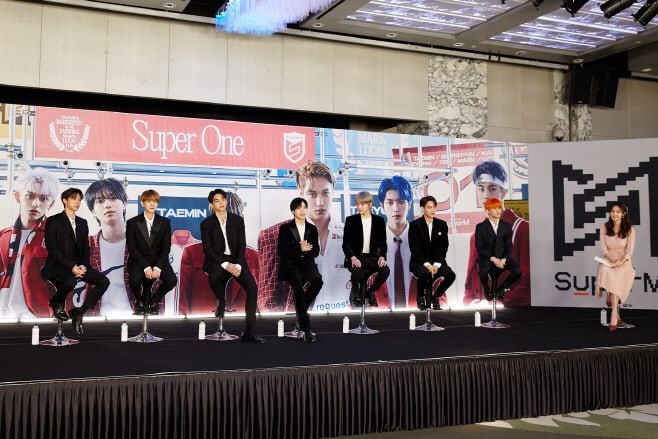 SuperM will release their first full-length album “Super One,” as well as the music video for “One (Monster & Infinity,” on September 25 at 1 p.m. KST. In the meantime, check out their teasers here!

Watch SuperM in their TV special “SuperM the Beginning” with English subtitles below:

SHINee
SuperM
How does this article make you feel?