During part two of MBC’s “Coffee Prince” documentary, the cast continued to reflect on the show and talked about their late co-star Lee Eon.

On October 1, MBC aired part two of “My Dear Youth – Coffee Prince.” Like in episode one, the main cast looked back on scenes and shared behind-the-scenes stories in pairs of two: Gong Yoo and Yoon Eun Hye, Lee Sun Gyun and Chae Jung An, and Kim Dong Wook and Kim Jae Wook.

Lee Sun Gyun visited the house of his character Choi Han Sung as he commented, “It’s been such a long time. I feel so weird. This place is like treasure to me.” 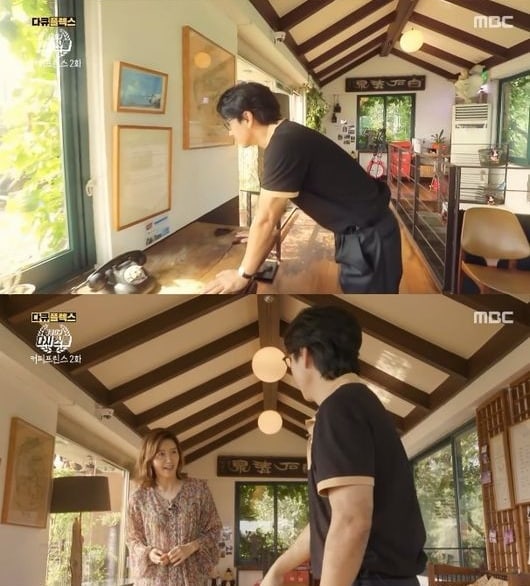 He spoke about working with Chae Jung An, sharing, “Jung An was cast last. Back then, I had hoped that she wouldn’t reject me as her partner.” Later, the two met up and Lee Sun Gyun hilariously asked, “Did you change your number? Didn’t you see my kids [at the hair salon]? I sent you a text that day but it was ignored.”

In response to his earlier comment, Chae Jung An shared, “There was a gap between the Choi Han Sung I saw in the script and Lee Sun Gyun.” With a big smile she continued, “I thought he had to be good at acting for him to perfect this character with his looks.”

While watching some of their scenes together, Lee Sun Gyun revealed, “When I look back, I had first suggested I wear my rimmed glasses to the director. He was calm and carefree and the reference I thought for myself was, ‘Wouldn’t Choi Han Sung be similar to the singer Yoon Sang?’ Also, since I’d never played a rich character before, I felt pretty pressured but I think my surroundings did all the work for me. In order to naturally portray Choi Han Sung, I dressed in the clothes that I regularly wore.” 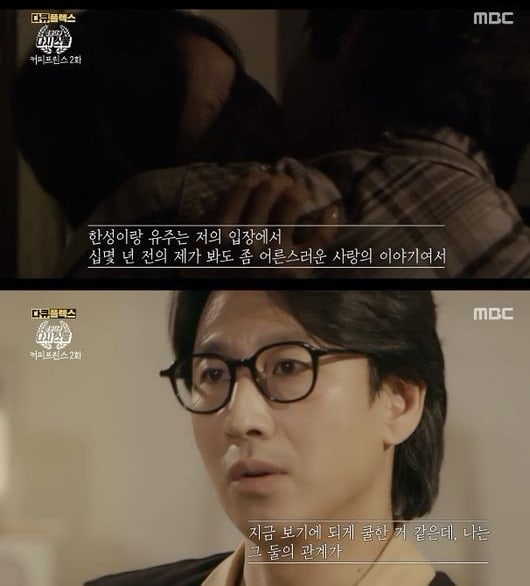 The two also talked about Lee Sun Gyun’s version of “Ocean Travel” by Tearliner. Chae Jung An commented, “I’ve passed the age to get that emotional about a man singing for me. All of this is part of being young.”

Lee Sun Gyun explained, “In the script, I was originally supposed to sing a rock version of the children’s song ‘Sunset.'” Producing director (PD) Lee Yoon Jung later added, “We had no idea viewers would like that scene and the song so much. After hearing his recording, we thought, ‘We’ll just go with this.’ Then I learned that he had stayed up all night making this with Tearliner.”

Lee Sun Gyun revealed that he had to sing the song without the instrumental and purposely messed up because he was so embarrassed. He added, “All the staff were laughing then. Eun Hye was there too and she laughed a ton.” After watching the singing scene, Gong Yoo hilariously remarked, “I think we’re better at singing.”

Chae Jung An jokingly asked, “Did you sign a music contract?” Lee Sun Gyun answered, “I didn’t sign a contract. Someone out there is making money.”

Unlike all the other comments made while watching Lee Sun Gyun and Chae Jung An’s intense romance scenes, Kim Dong Wook hilariously took everyone off guard by commenting, “Both of them have such nice skin.”

After watching himself from 13 years ago, Lee Sun Gyun shared, “It’s not common to remember a character’s name but I think I’ll remember Choi Han Sung forever. That’s because it’s a role I’m so thankful for. It was probably my last youth drama, and the last of my youth.”

Next, the cast watched scenes of Kim Dong Wook and Kim Jae Wook as Jin Ha Rim and No Sun Gi respectively. During the time of the drama, the two were both 25 years old (by Korean reckoning). Before tuning in, Kim Jae Wook commented, “Let’s see how much we’ve aged in 13 years.”

While looking at the “princes,” Gong Yoo commented, “We were all so excited. We were all overflowing with our own drive. Whenever their story came out, they would be curious for the next script. Then they could think about how they would act it out. We could freely try this and that so it was such a good and precious experience.” Kim Dong Wook shared, “We worked so hard. That’s why I think we received as much love as the main characters.” 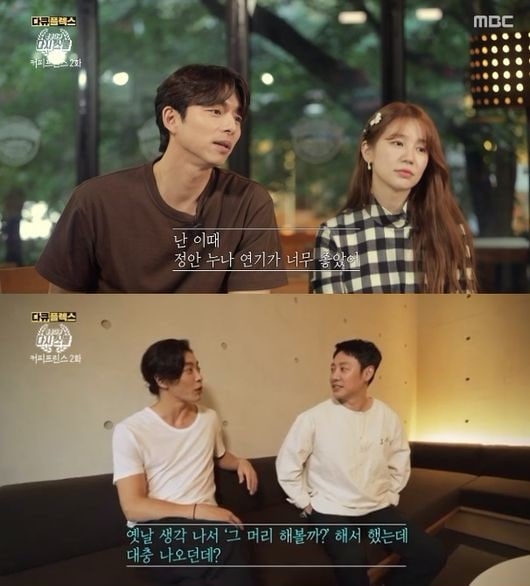 PD Lee Yoon Jung talked about casting Kim Dong Wook, revealing that he first caught her eye in an independent film. She explained, “Although he wasn’t used to being at the broadcasting station, he wasn’t scared at all. His acting improved with every audition.” 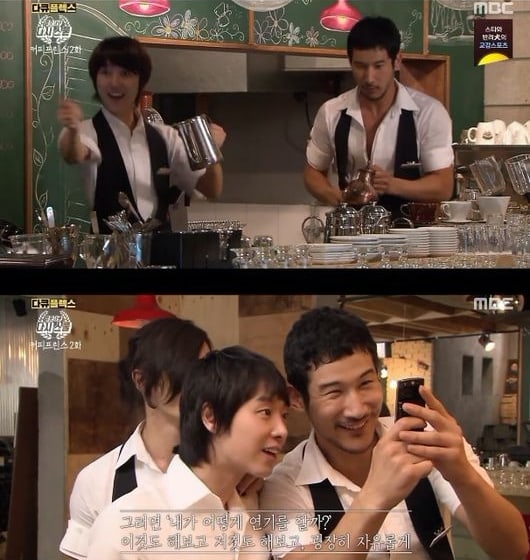 He continued, “He was the person who was the most strict to me. He was a senior to me, both at my agency and as a model. Since he used to do wrestling, he was very adamant about maintaining the senior/junior hierarchy. That’s why he was more tough with me than anyone else.”

Yoon Eun Hye shared, “Since he was in the model industry and really respected the senior/junior hierarchy, he took care of me really well. Even to me, he would diligently call me ‘Yoon sunbae.'” 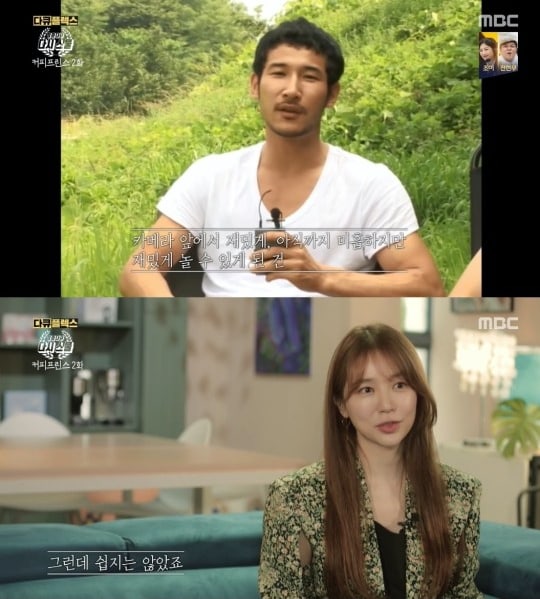 Lee Eon’s agency president commented, “He was a pretty trendy person. The way he saw things was just different. If he couldn’t succeed in the model industry because of his body, he thought it was possible in the acting world so he was trying to work very hard as an actor.”

Gong Yoo shared that he received the news of Lee Eon’s passing while he was serving in the military. He commented, “What is most regretful is that afterwards, although he could’ve done so much, he wasn’t able to. That’s what’s most upsetting.” Gong Yoo continued, “Jae Wook and I cried so much in front of his coffin. Even when we met up after, we purposely didn’t talk about it for a long time, because it’d be too hard. Although a lot of time has passed, whenever I think of Sang Min, my heart always hurts. It would’ve been great if Eon were here with us today.” 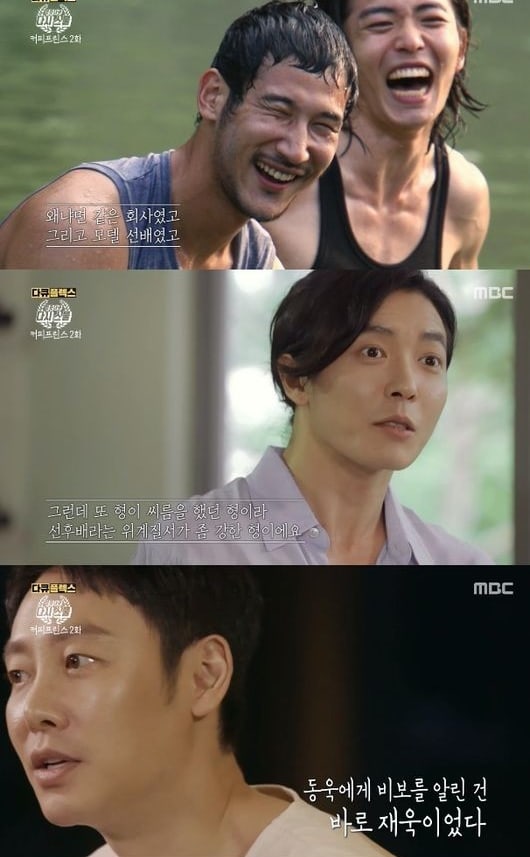 Kim Jae Wook added, “Every year around this time, I think a lot about Sang Min hyung. He was a hyung who had so much that he wanted to do. Regardless of the result, he was someone who bravely did everything he wanted to do.”

While reflecting on their past selves, Gong Yoo remarked, “‘Coffee Prince’ is a record of the peak of my young adulthood. It’s my unchanging summer where we were the brightest.” 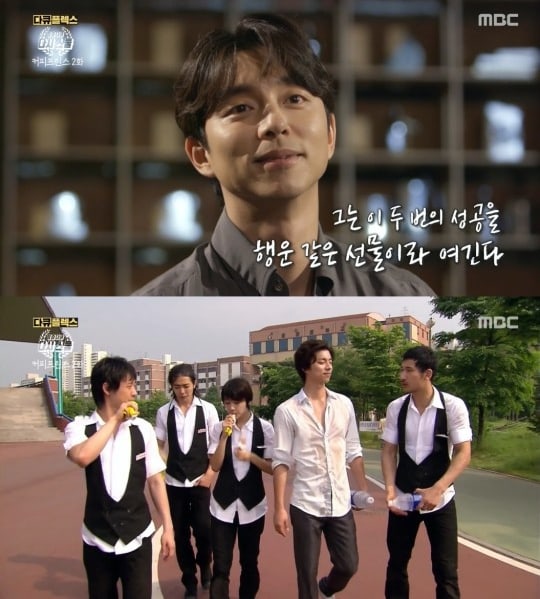 Watch “My Dear Youth – Coffee Prince” with English subtitles below!