“2020 Idol Star eSports Championships – Chuseok Special” was the winner of the battle for the most buzz during the Chuseok holidays!

Chuseok, commonly known as the Korean equivalent of Thanksgiving, fell on October 1 this year and the holidays began on September 30. Many networks aired special programing during the holiday break. While MBC usually broadcasts the “Idol Star Athletics Championships” over the holidays, the special could not film indoors this season due to social distancing guidelines.

MBC therefore turned its popular eSports event from the championships into a stand-alone special that filmed outside and aired on October 1. It featured idols facing off in the battle royale game PlayerUnknown’s Battlegrounds (PUBG) and racing game KartRider. In addition, idols and their pet dogs teamed up for MBC’s “2020 Idol Star Dog-agility Championships – Chuseok Special” that aired the next day.

On Good Data Corporation’s rankings of non-drama TV shows that generated the most buzz from September 28 to October 4, “2020 Idol Star eSports Championships – Chuseok Special” grabbed No. 1.

“Home Alone” (“I Live Alone”) rose to No. 2 and SBS’s Chuseok special “The Songs-That-You-Listen-To-In-Hiding Concert” came in No. 3. The concert featured T-ara, SS501, U-KISS, Teen Top, and Brown Eyed Girls’ Narsha performing their songs that have recently gained popularity in Korea.

The top 10 buzzworthy non-drama TV shows for the first week of October are: 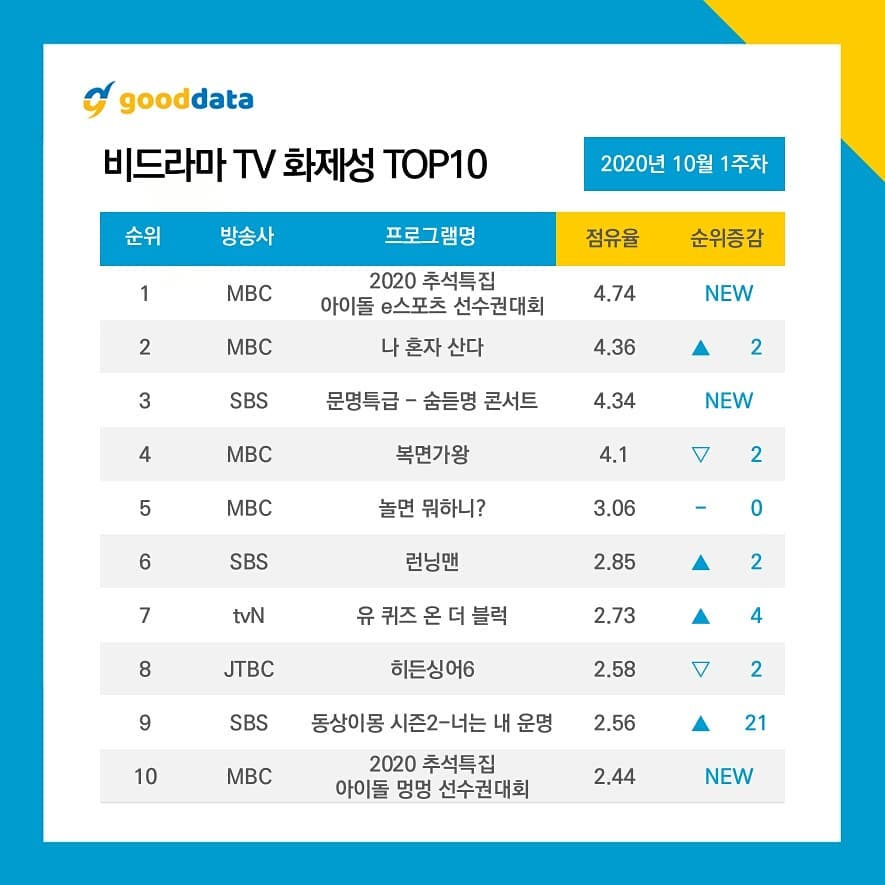 On the rankings for cast members, Shinhwa’s Jun Jin and his wife Ryu Yi Seo take No. 1 and No. 2 respectively after they appeared on “Same Bed Different Dreams 2.” TREASURE comes in No. 3 after they were guests on MBC every1’s “Weekly Idol.”

The top 10 buzzworthy non-drama TV show cast members for the week are: 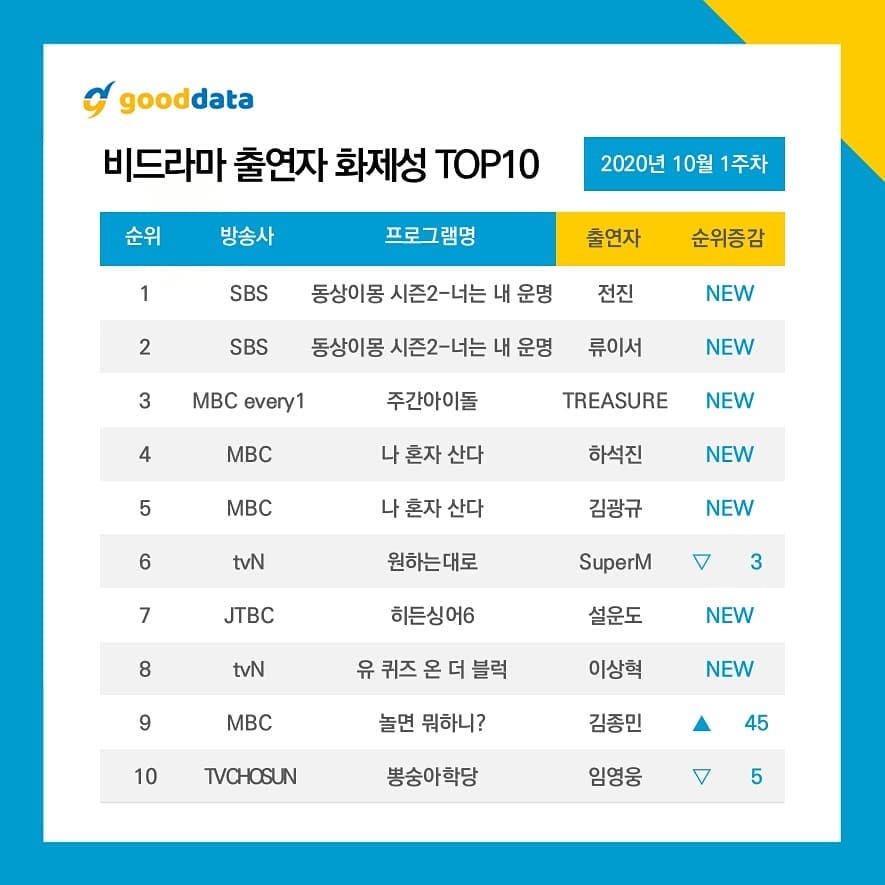 The rankings are compiled from analyzing news articles, blog posts, online communities, videos, and social media posts about 180 non-drama TV shows that are currently on air or set to air soon.