As fans eagerly await the next installment of “Tale of the Nine-Tailed,” the show has shared what to expect as the story unfolds!

The new tvN drama tells the story of a male gumiho (a mythical nine-tailed fox) named Lee Yeon (Lee Dong Wook) who has settled in the city, and the fearless producing director named Nam Ji Ah (Jo Bo Ah) who is trying to find out the truth behind the disappearance of her parents. Kim Bum plays Lee Rang, Lee Yeon’s half-brother and the child of a human and a gumiho.

Three key points to look forward to in the next episodes are a thrilling pursuit, suspense, and romance. The show has also given each point a score out of five. Learn more about each of those points below!

The world of “Tale of the Nine-Tailed” is full of mystery and thrills as it reinterprets and modernizes traditional stories. In the latest episode, Nam Ji Ah met a bulgasari, who feeds on nightmares. She then had a dream in which her mother is throwing a skull, before she ended up heading to a village on an island, where the skull of a man has been discovered. Lee Yeon joined her on the journey in order to stop Lee Rang, who’s up to a new plot and using Lee Yeon’s lost love Ah Eum as bait.

Nam Ji Ah and Lee Yeon dove deeper into the island’s strange mystery as they found out that the man’s suspicious death wasn’t the first of its kind—the skulls of four unidentified women have been discovered on the island since 1954, but the village tries to keep it quiet.

At the end of episode 2, Nam Ji Ah was attacked by a sailor who had discovered the latest skull, and then she suddenly changed as though becoming another person when she grabbed Lee Yeon by the throat.

A still shows Lee Yeon walking through the rain in the darkness with an intense look. It’s promised that he will be showcasing his off-the-charts charisma and all the majesty of the former mountain spirit of the Baekdudaegan Mountain Range in the next episodes as he undertakes a pursuit on an entirely different level than that of a human. 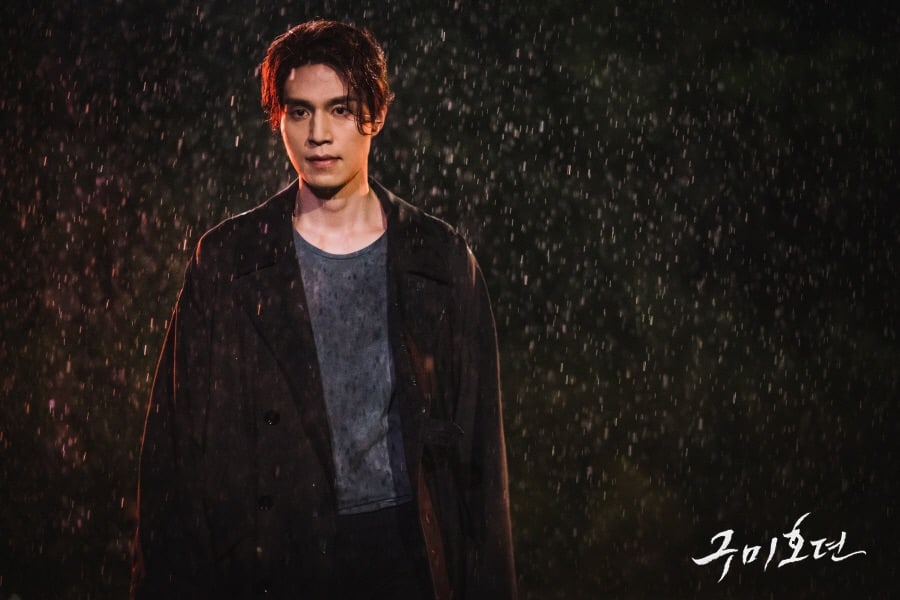 The drama features appearances by many characters from folklore that can’t be seen in real life, and mysterious scenes that could never be explained with science are giving fans goosebumps but also providing exciting thrills.

In episode 2, there were two scenes that created a mystical and strange mood: when the duo met the spirit of the village’s guardian tree, and when a shaman performed a ritual by the sea to try to recover the spirit of Mr. Seo, the man who had died. On top of that, Lee Rang sat on the porch of the home of Mr. Seo’s daughter Pyung Hee and made a chilling phone call, saying with a cunning grin, “We just opened up here. A haunted house.” Right after that, the sailors who discovered Mr. Seo’s skull were shown dying or collapsing.

As defenses go up against mysterious forces that come knocking in episode 3 and 4, a shocking side of Nam Ji Ah will increase the suspense. 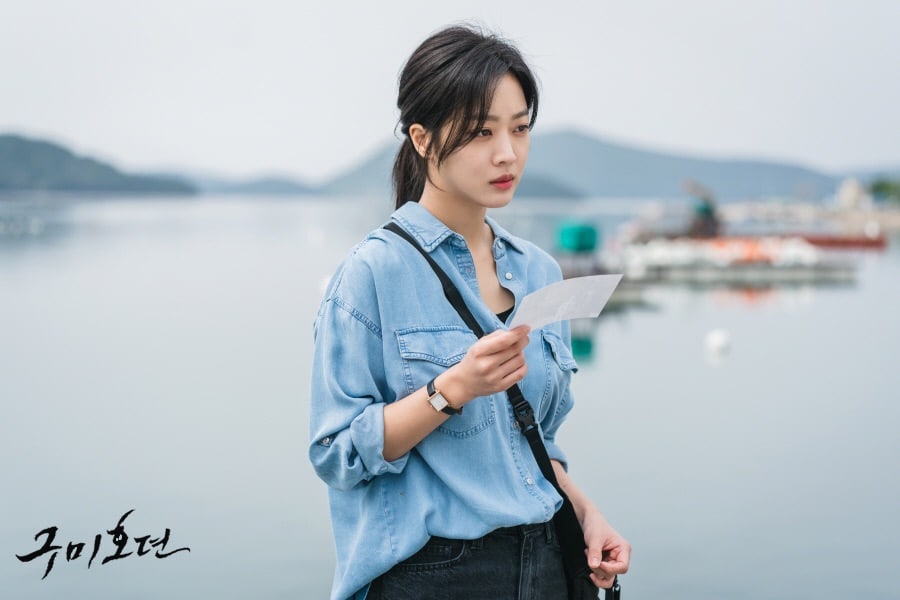 The last episode of “Tale of the Nine-Tailed” told the story of Lee Yeon’s surprising decision to change his fate because of love. Even though he was the spirit of the Baekdudaegan Mountain Range, he fell in love with a human named Ah Eum. When she died, he spent his life waiting for her resurrection. Nam Ji Ah looks just like Ah Eum, and Lee Yeon saved her life during a mysterious accident 21 years ago. When he met her 21 years later, his hypnosis hadn’t worked and she remembered his face, and he wondered again if she was Ah Eum reborn. However, when he checked while she was sleeping to see if she had the “fox bead” that he’d left with Ah Eum, he was disappointed to find that she did not.

While Lee Yeon and Nam Ji Ah bicker with each other, they’re both experiencing similar emotions as they search for loved ones that they believe are out there somewhere. Many fans are curious about whether romance will begin as the pair overcome the crises they face on the mysterious island.

The production team described “Tale of the Nine-Tailed” as setting a unique foothold as an exciting K-fantasy drama that mixes many different genres. They added, “We hope you check out the episode to discover the hidden stories of Lee Yeon, Nam Ji Ah, and Lee Rang and see the exhilarating way the plot unfolds.”