CIX has now released a powerful performance video for “Jungle”!

“Jungle” is a pop dance track about not being to pull away from the person who seems to be one’s savior and being dominated by them instead. The vocals in the song incorporate shouting and breathing sounds, adding another layer of intensity to it.

CIX has released a mesmerizing performance teaser for their upcoming comeback track “Jungle”!

CIX has announced their new comeback date and resumed teasers!

The group was previously planning a comeback in June with their third mini album “HELLO Chapter 3. Hello, Strange Time” and its title track “Jungle.” The release was postponed when member Bae Jin Young suffered a slight ankle injury.

CIX has now shared a new schedule for their return, which reveals that “Hello, Strange Time” will now come out on October 27. Ahead of the release, they’ll continue their previous teasers by sharing a second MV teaser, album preview, and performance teaser. 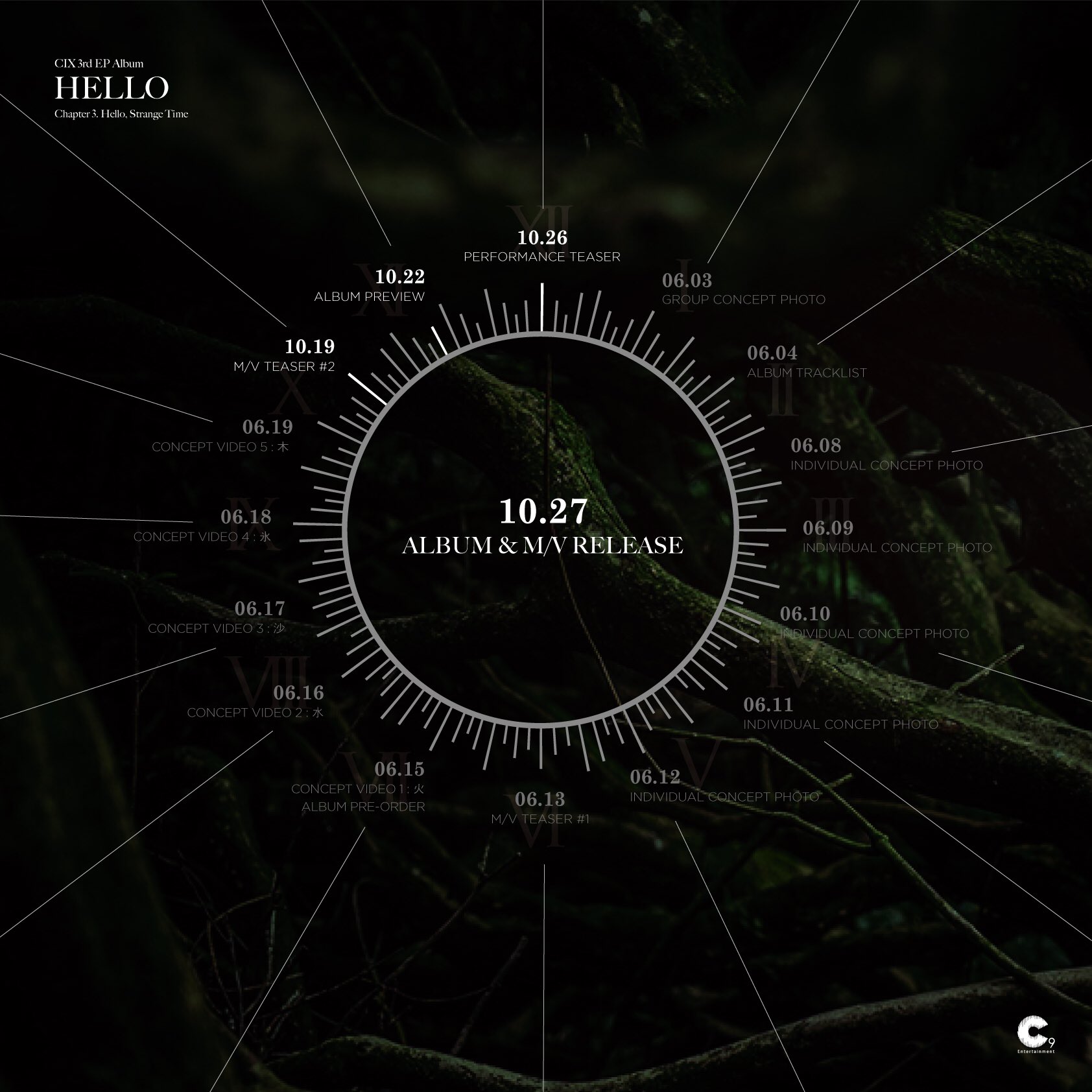