“Do You Like Brahms?” Rises To No. 1 On Buzzworthy Dramas List + Kim Min Jae Tops Cast Ranking

On October 27, Good Data Corporation shared the weekly rankings of the dramas and cast members that generated the most buzz for the week of October 19 through October 25. The company collected data from news articles, blog posts and online communities, videos, and social media for currently airing or upcoming dramas.

Following its finale, SBS’s “Do You Like Brahms?” rose one spot from the previous week to top the buzzworthy drama list. On the ranking for cast members, Kim Min Jae rose three spots to take No. 1 for the first time. Park Eun Bin also rose one spot to No. 1.

tvN’s “Record of Youth” followed close behind as the No. 2 buzzworthy drama, and Park Bo Gum also took the No. 2 spot for buzzworthy cast member after previously topping the list for seven consecutive weeks. Park So Dam came in seventh place.

In third place was tvN’s “Start-Up,” with lead actors Suzy and Nam Joo Hyuk ranking third and fifth, respectively, on the actors’ ranking.

Furthermore, the new MBC drama “The Spies Who Loved Me” starring Yoo In Na, Shinhwa’s Eric, and Im Joo Hwan also entered the list of top 10 dramas at eighth place, and Yoo In Na entered the cast members ranking at No. 10. 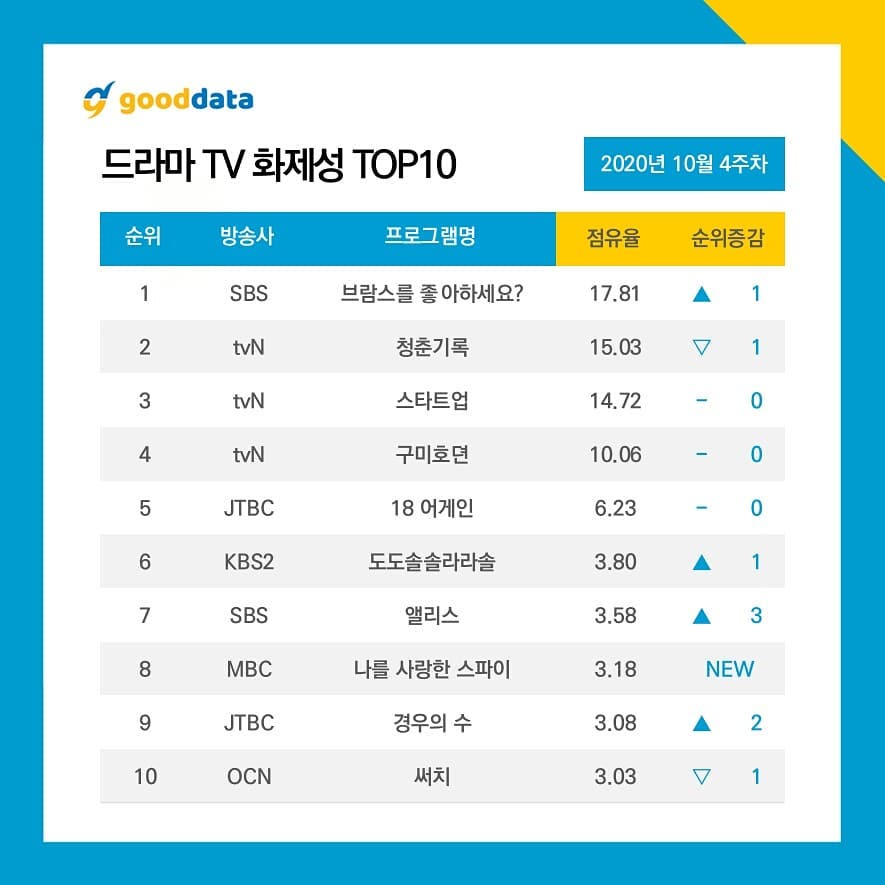 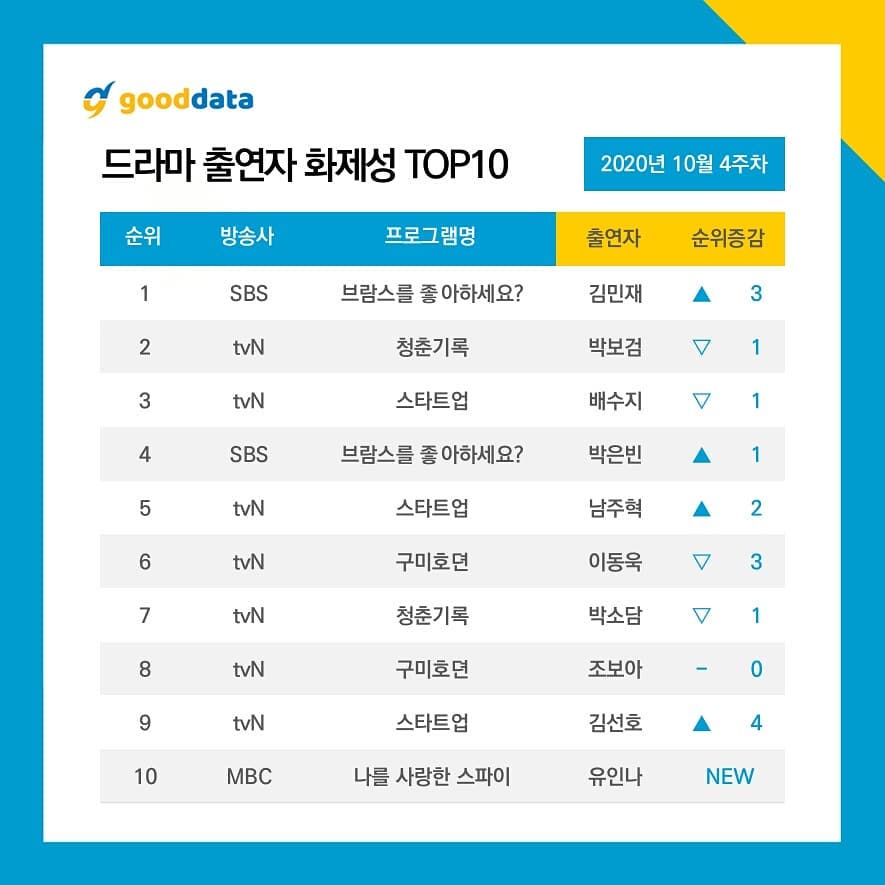