CL Talks About Support From 2NE1, BTS’s Success On Billboard Hot 100, And More

CL has made her long-awaited comeback!

On October 29, the artist released her double singles “HWA” and “5 STAR.” Concerning her comeback, she said, “I made this music in order to stamp my identity as CL, and these songs are for my fans who have been waiting for me. I love to perform on stage. All the energy I have saved up has been poured into these new songs and music videos.”

CL, who used to perform and promote with her 2NE1 members, talked about how different it is to do solo activities. She said, “We used to share roles, but I have to do them alone now, so in the beginning, I had to learn everything all over again. There are many difficulties because I have to fill in the gaps.”

CL is currently promoting without an agency, and she explained her reason for it, saying, “First off, I want to learn different things, and in order to do that, I have to face things head on. I don’t think I’ll be able to do that if I enter an agency.”

Then she talked about what music means to her. She said, “It’s a way to express myself, and it’s my language as well. I’m not good at expressing myself with words because I have too many thoughts. However, I’m confident in expressing myself on stage.” 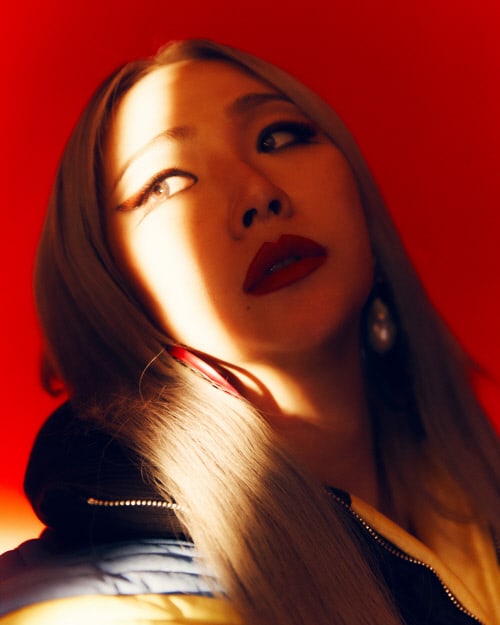 The artist talked about receiving support from her fellow 2NE1 members for this comeback. She shared, “Before, people would cheer for us at once, but now that we’re doing solo activities, we tend to cheer for each other. We’re very supportive of one another, and even if we don’t say anything special, it’s just helpful to be next to each other. They’re my closest friends, so I’m just happy that we’re together.”

As the first female Korean artist to enter the Billboard Hot 100, CL expressed pride about BTS’s achievements on the chart. She commented, “I was really happy when I saw BTS’s record. There was no Asian pop star in my childhood memory. We were supposed to express our own culture, but we were just copying other people’s culture. I thought it would be nice to have someone who can represent us.”

She added, “That was why I started doing activities in foreign countries. Now, Asian and Korean singers are starting to gain popularity. It’s really easy to express and promote culture in the music industry these days.”

CL continued, “This is the case for BTS. The boundaries have become much blurred. Now our music affiliates with pop music instead of K-pop. I will also work hard to do my part. I know it may not be easy, but it’s definitely something amazing.”

BTS
2NE1
CL
How does this article make you feel?