Watch: Refund Sisters Shows How They Made Each Member Shine In Filming Their “Don’t Touch Me” MV

The October 31 episode of MBC’s “How Do You Play?” took the audience behind the scenes on the set of Refund Sisters’ music video for “Don’t Touch Me.”

For the music video director, Yoo Jae Suk tapped his university junior at Seoul Institute of the Arts, Hong Won Ki. Hong Won Ki has worked on music videos for artists such as Seo Taiji, BTS, and MAMAMOO. In his alter ego as “Jimmy Yoo,” Yoo Jae Suk asked if he could shoot the MV on a budget of 5 million won (about $4,400). Hong Won Ki was taken aback and said, “The cost of expenses has gone up a lot,” but Yoo Jae Suk said, “We did a trot music video for 2.5 million won [about $2,200].”

Hong Won Ki said, “There are four members of Refund Sisters. If each member had 2.5 million won, it would come to a total of 10 million won [about $8,800].” With the promise of MBC’s assistance, Hong Won Ki and Jimmy Yoo agreed to film the music video on a budget of 10 million won. 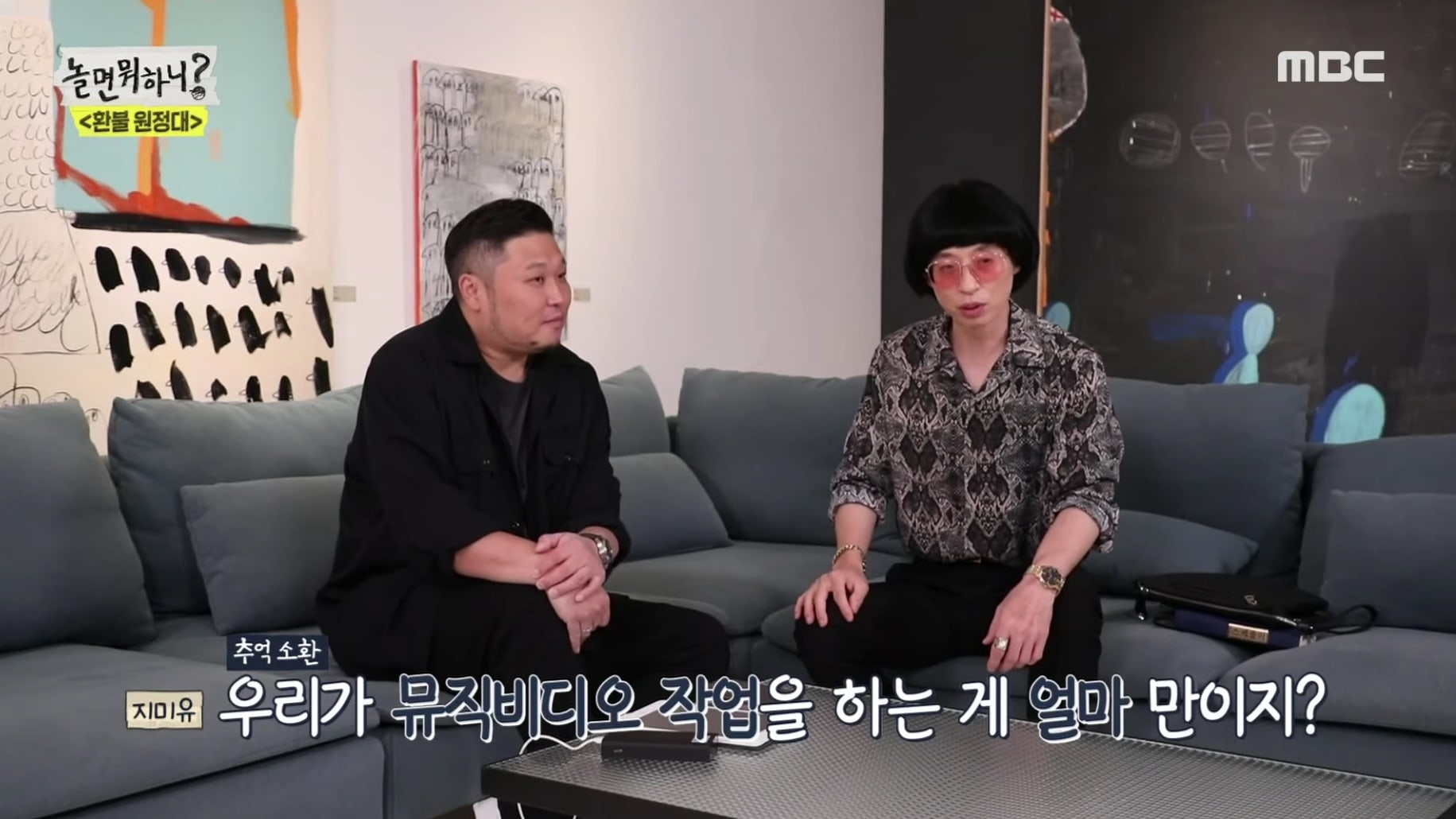 Jimmy Yoo continued to fluster Hong Won Ki with his requests, such as filming the music video within eight hours. (Hong Won Ki had estimated a shoot that would take place across 48 hours, which is normal for K-pop music videos.) Jimmy Yoo insisted on the eight-hour limit and promised, “All four are fashionistas, so in order to cut down on the time, we’ll limit the amount of outfit changes.” He decided to combine the music video shoot with the fashion magazine photo shoot at the same time in order to cut down on the costuming fees. 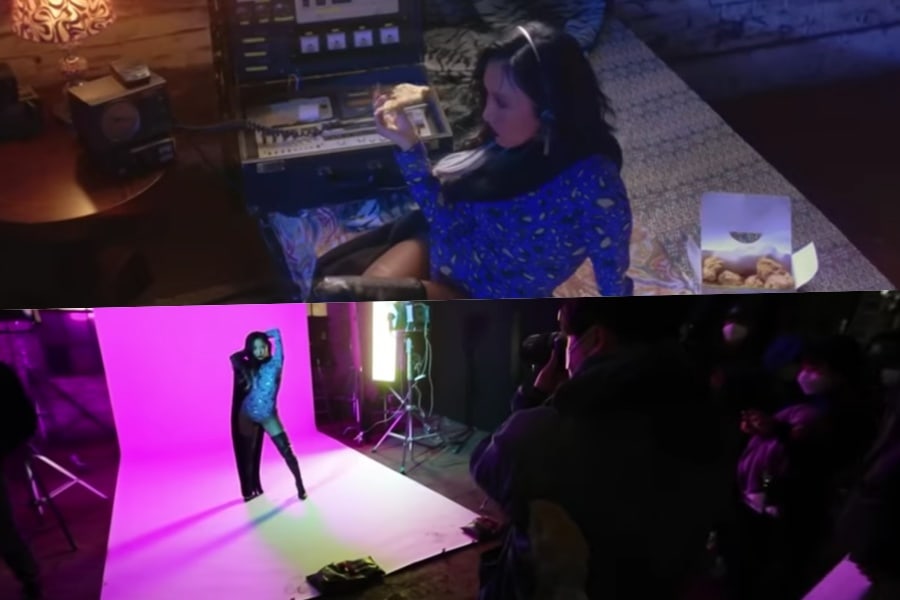 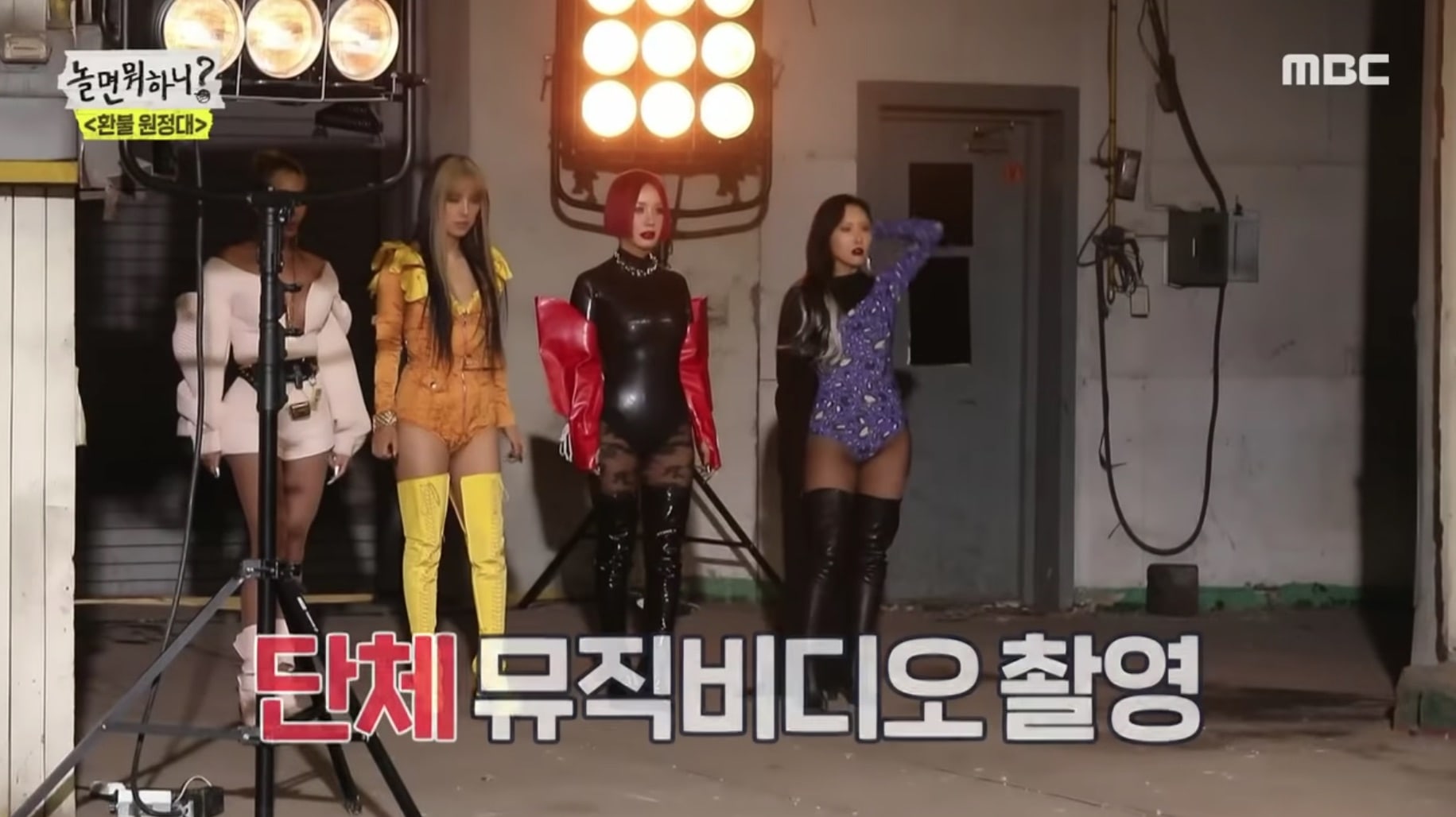 On the day of the music video shoot, the members got changed while Jimmy Yoo, Jung Bong Won (Jung Jae Hyung), and Kim Ji Sub (Kim Jong Min) ate lunch and talked about the agency’s logo song. Jung Bong Won shared some of his music samples, but Jimmy Yoo shot down them all. 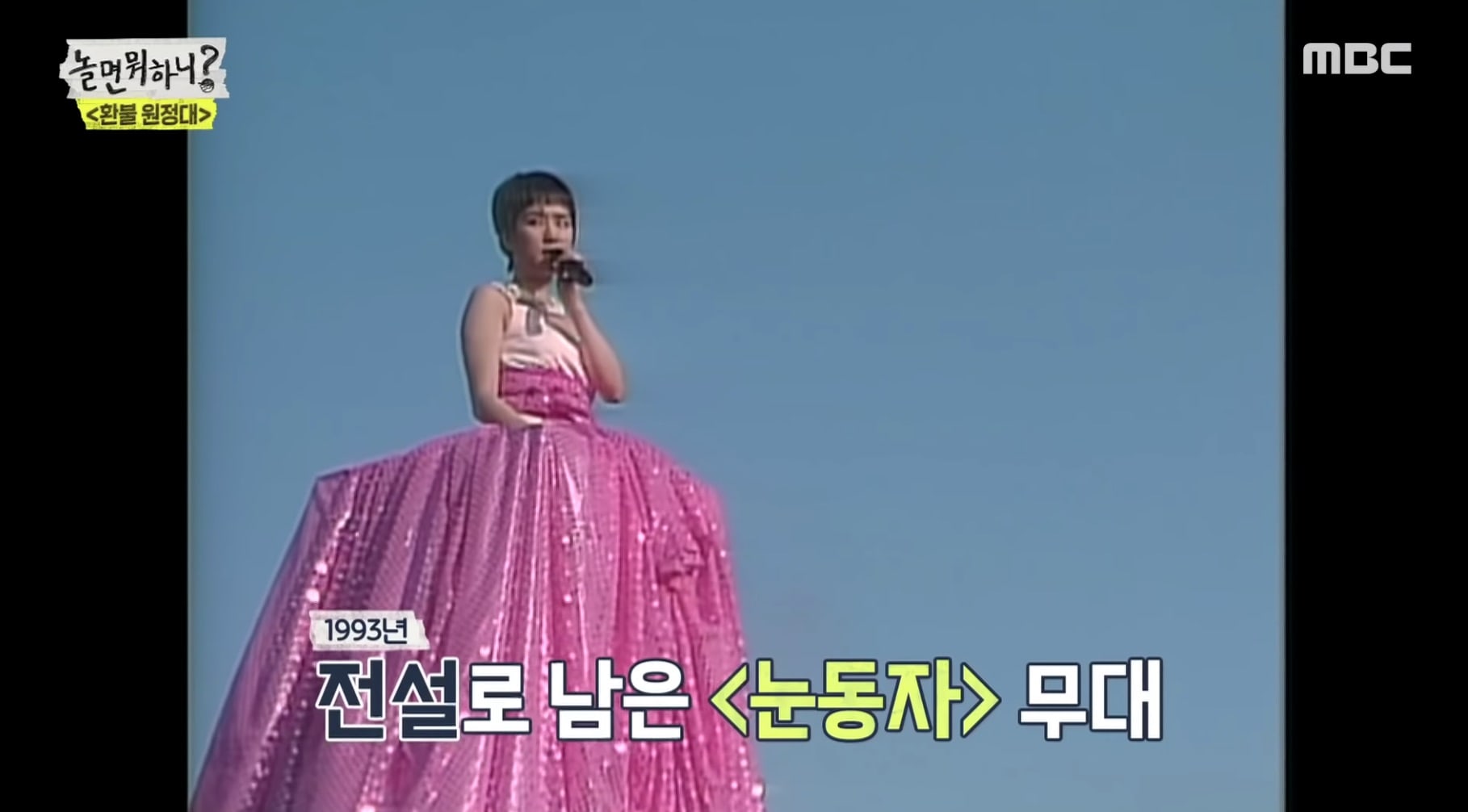 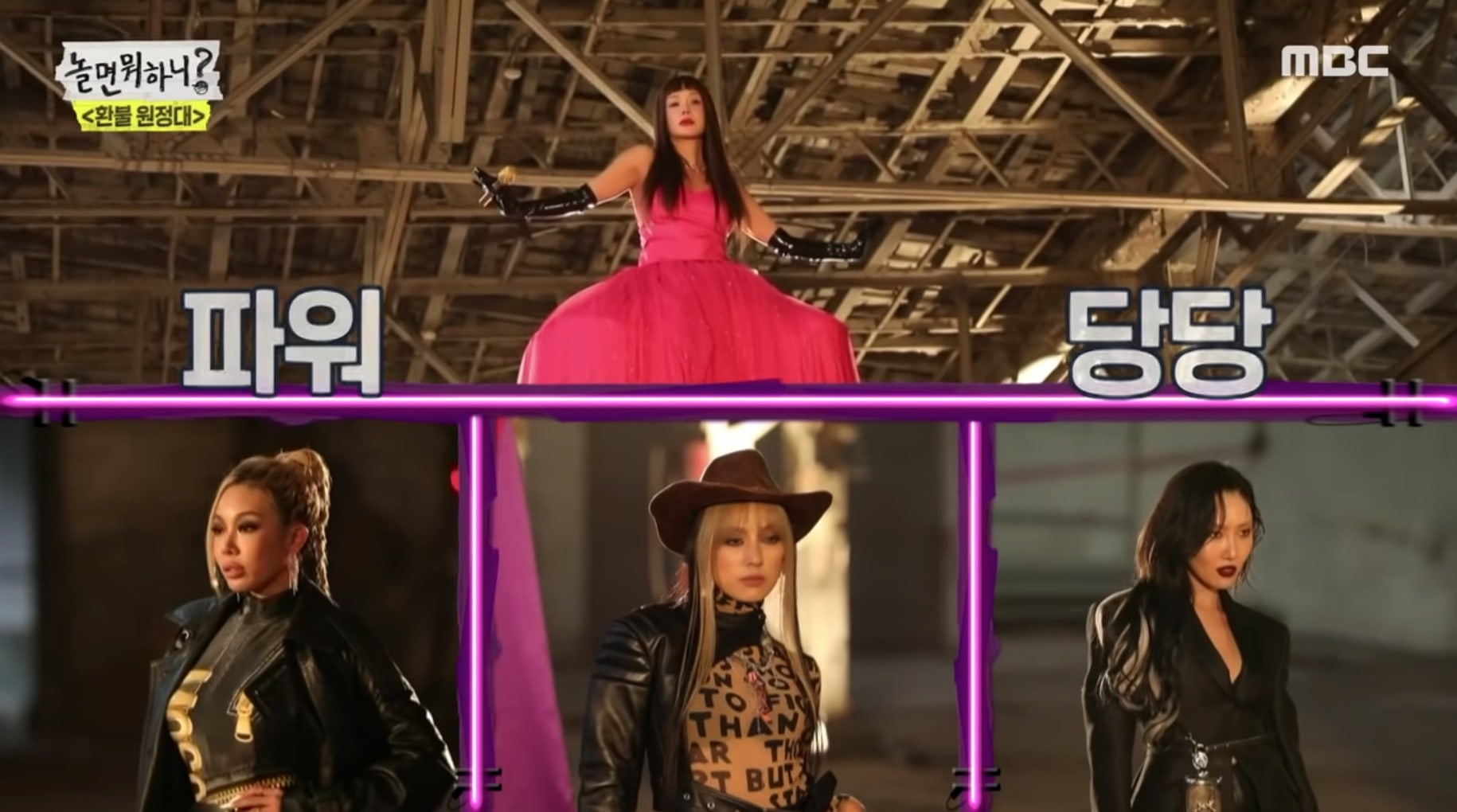 The music video shoot began with Uhm Jung Hwa (Man Ok) in a dress that paid homage to her legendary performance of “Eye” 27 years ago. Uhm Jung Hwa was embarrassed by the costume and initially resisted it, but gave in and said to Yoo Jae Suk, “I’m doing it because you signed me up for vocal lessons in episode 10.” 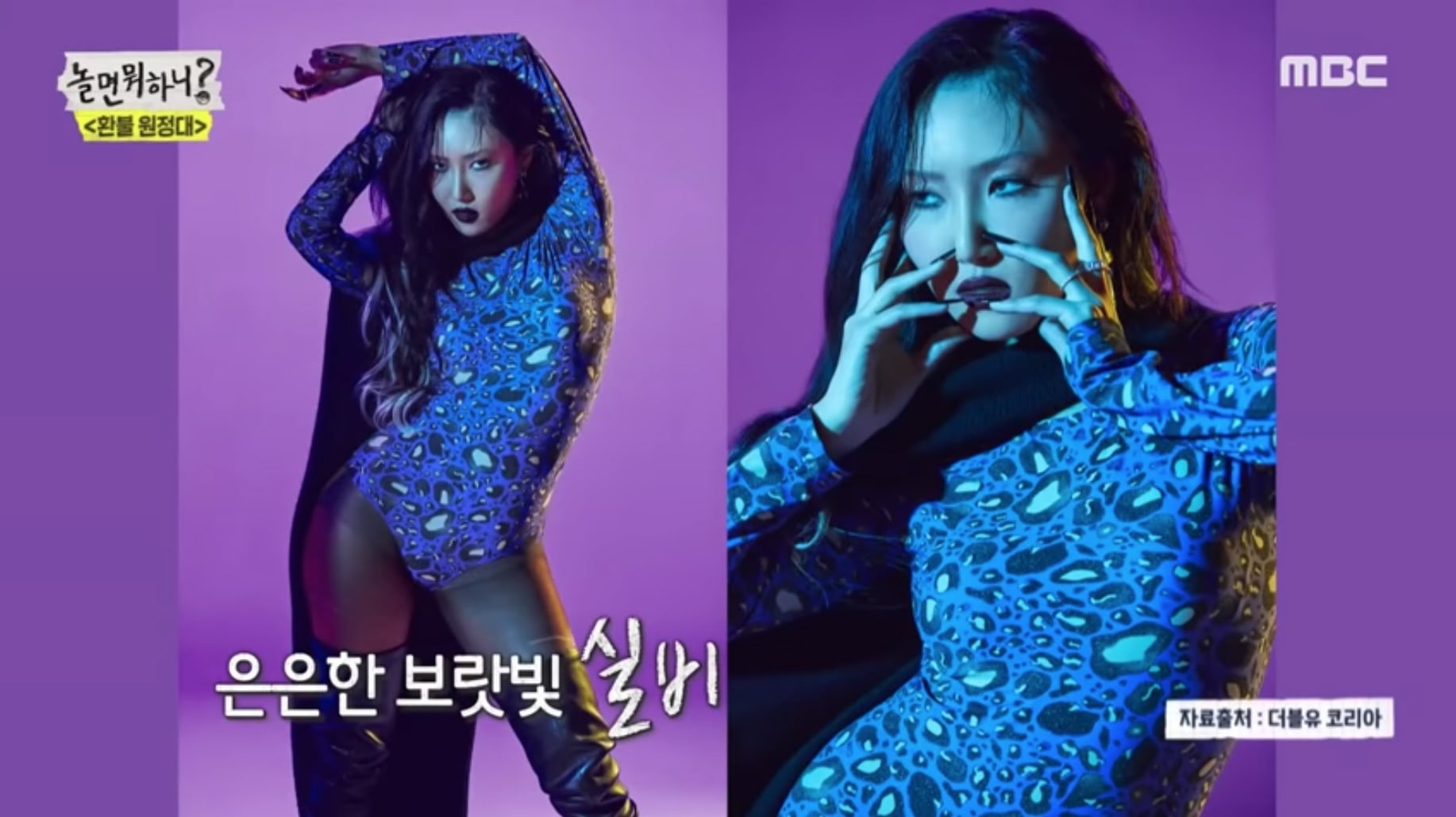 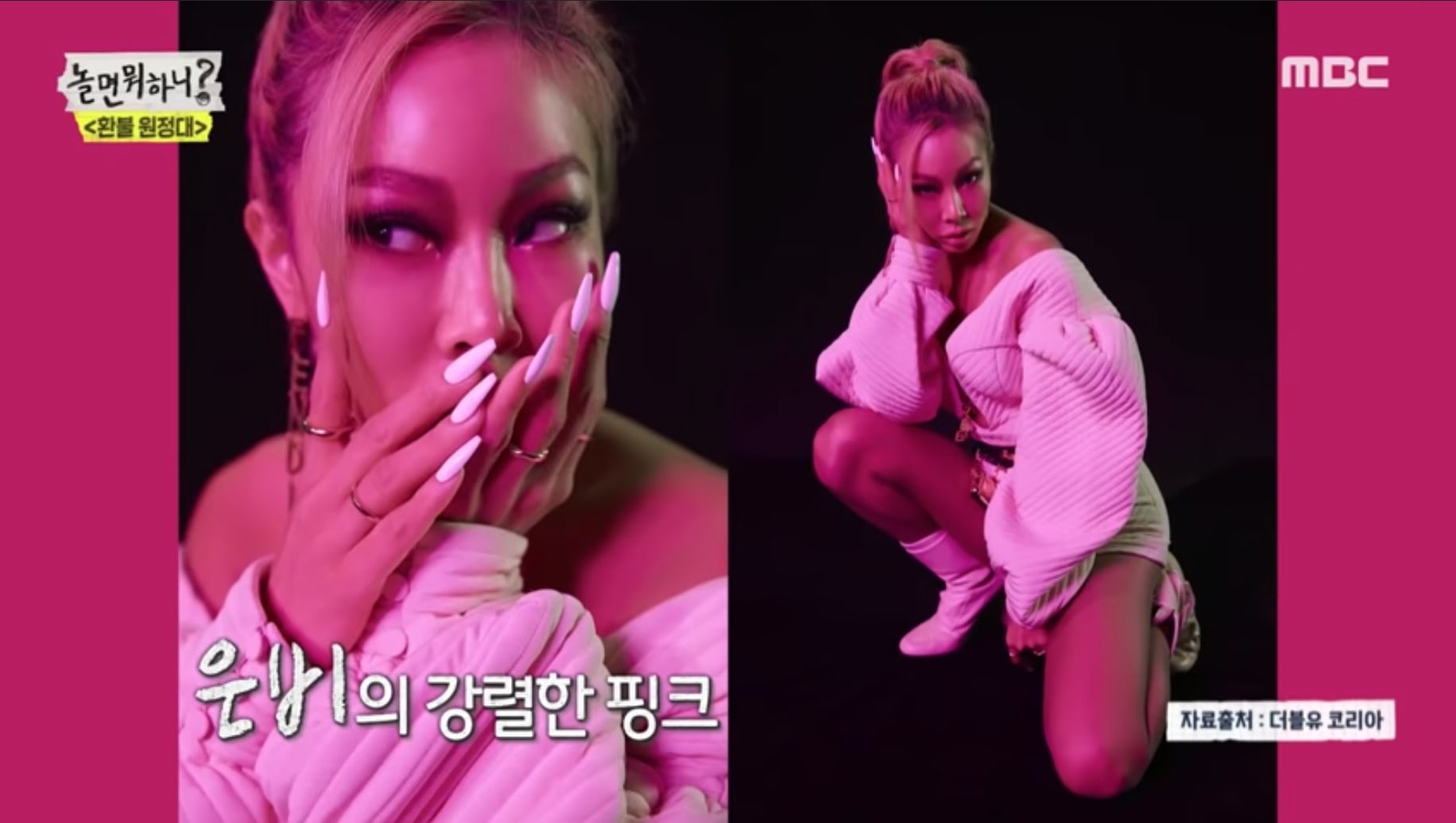 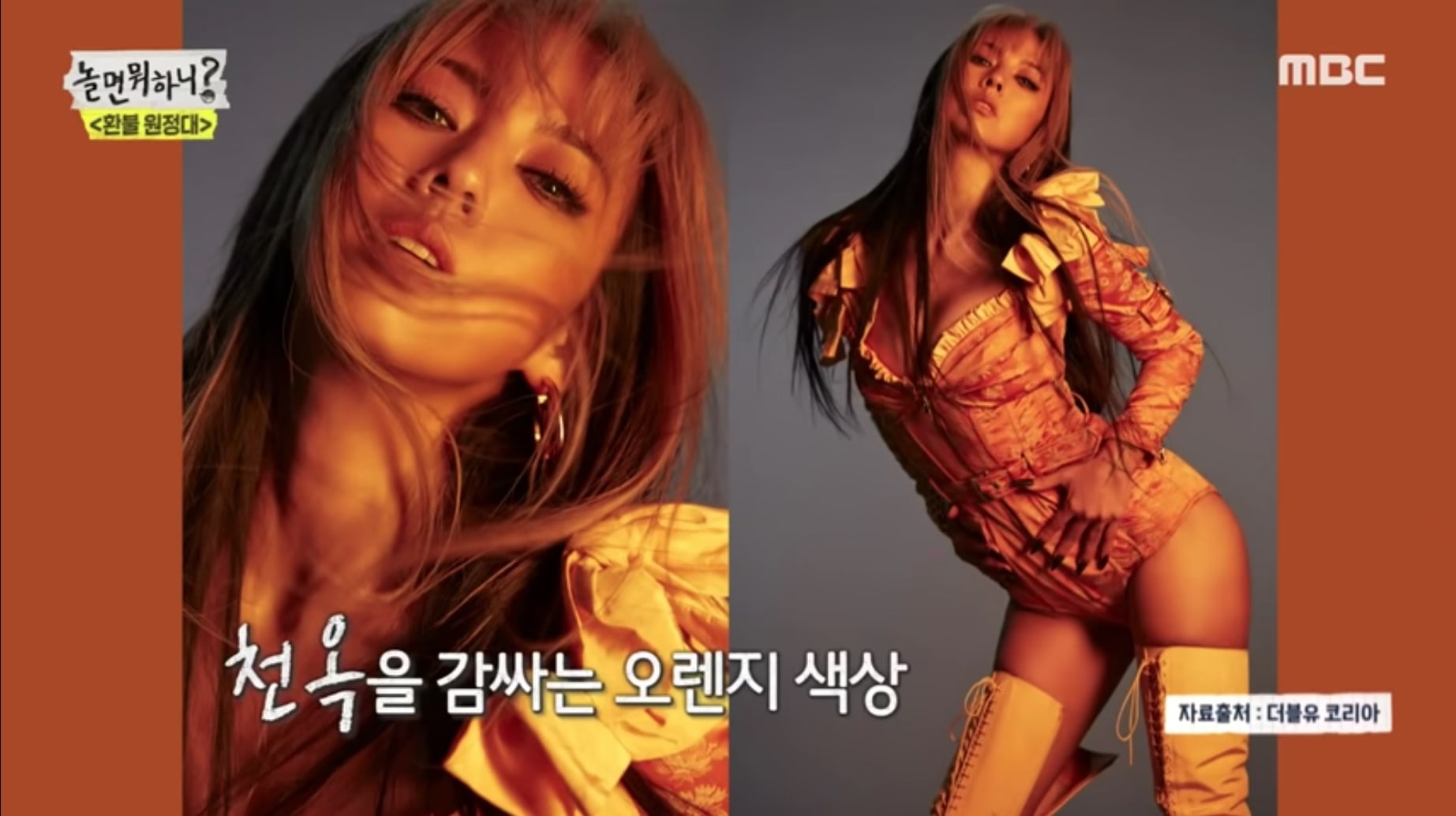 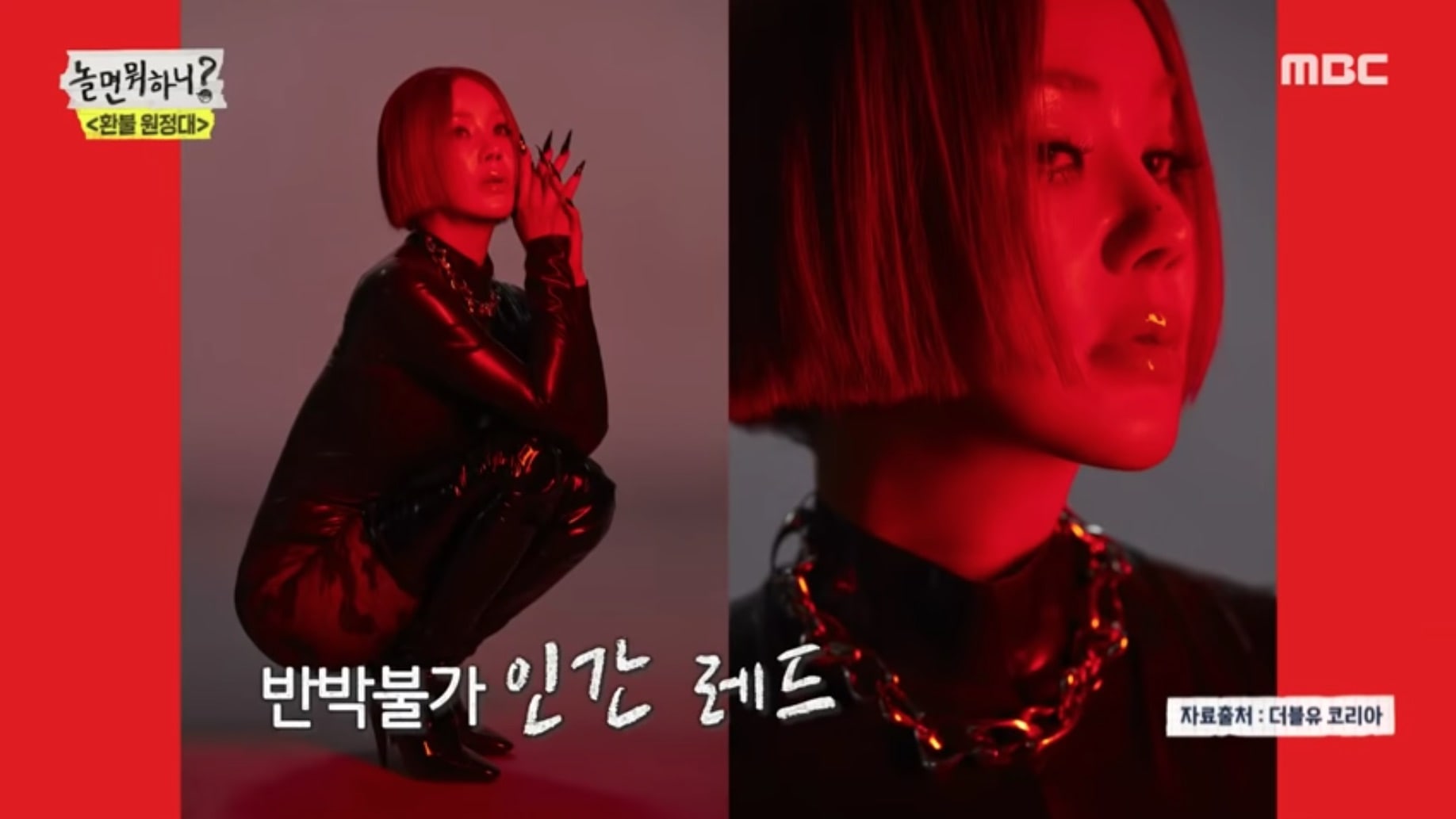 As Jimmy Yoo had planned, the photo shoot for W Korea took place in the same outfits and in the same location as the music video set. Each member was highlighted in their own unique color: Lee Hyori (Chun Ok) in orange, Uhm Jung Hwa in red, Hwasa in purple, and Jessi (Eun Bi) in pink. 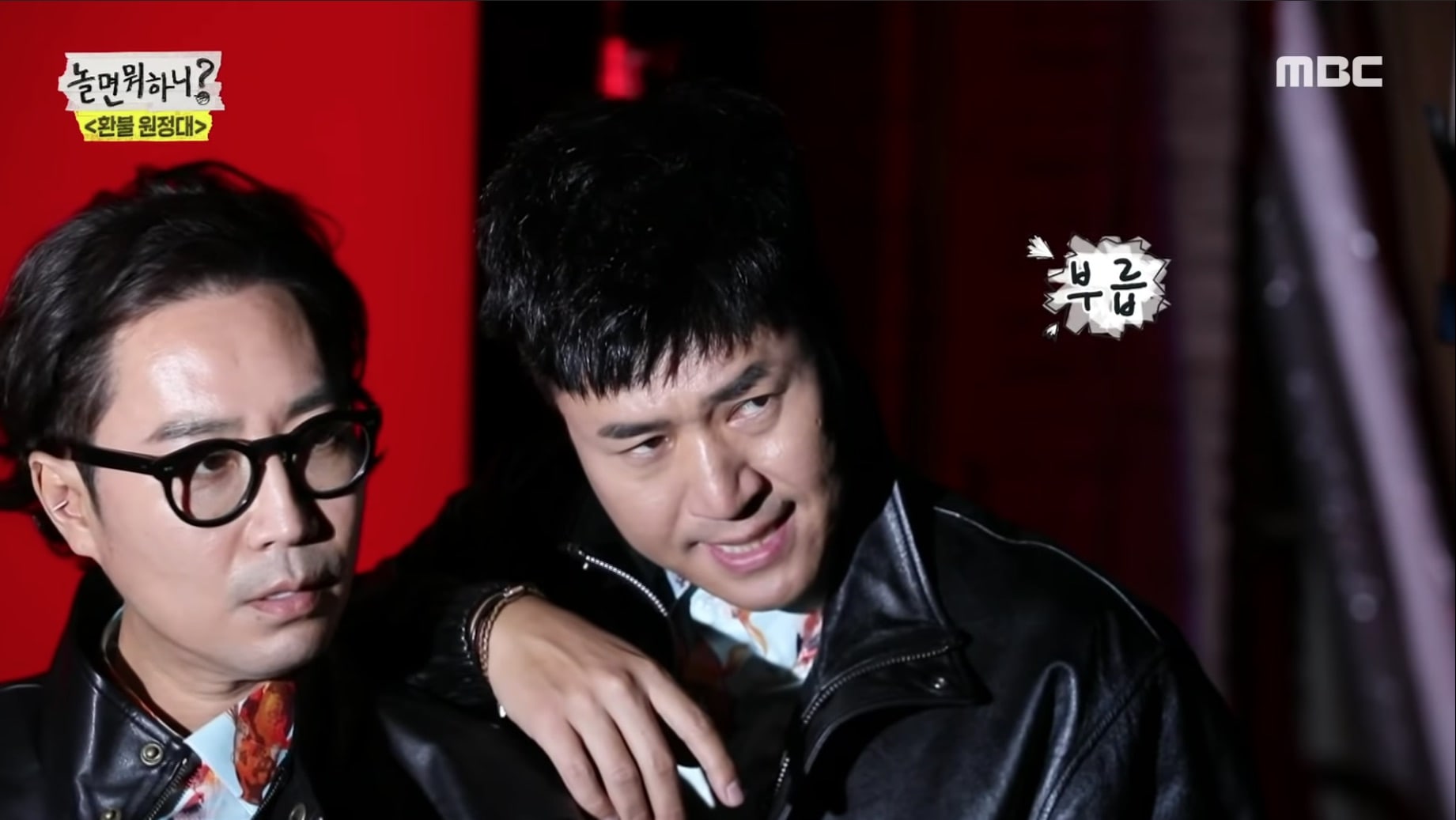 Jung Bong Won and Kim Ji Sub then got the idea in their heads to appear in the music video and the photo shoot themselves. Avoiding the eagle eye of Jimmy Yoo, the managers approached the photographer and managed to get themselves in the photo shoot. However, they weren’t able to get in the official music video, though the director promised to include them in a special “clip.”

During the music video shoot, Kim Jong Min cheered everyone up by shouting “Fighting” at intervals throughout the show. He kept his voice and energy up despite the fact that he has a concert coming up and needed to save his voice. He said, “I wanted to keep cheering them on.” 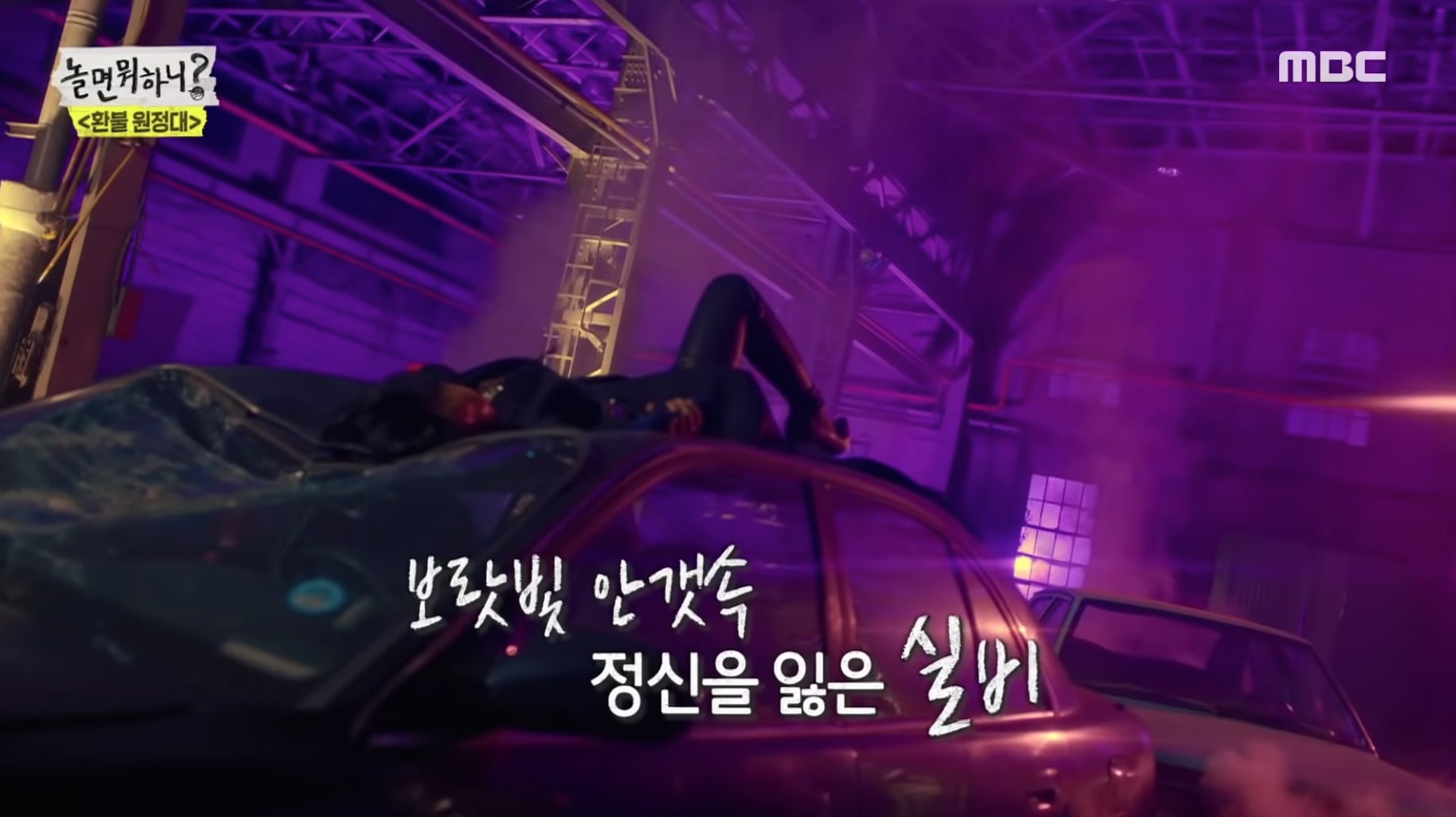 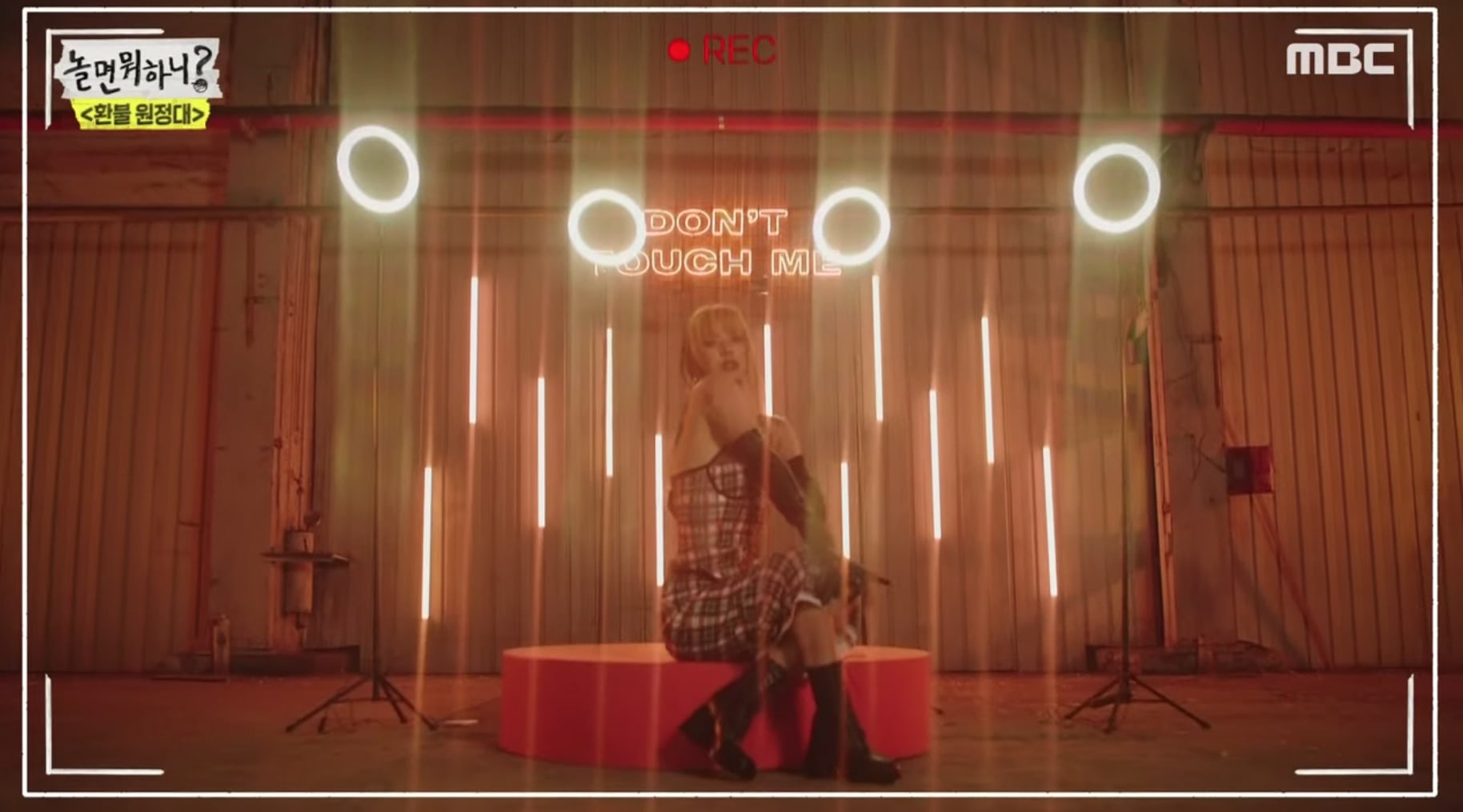 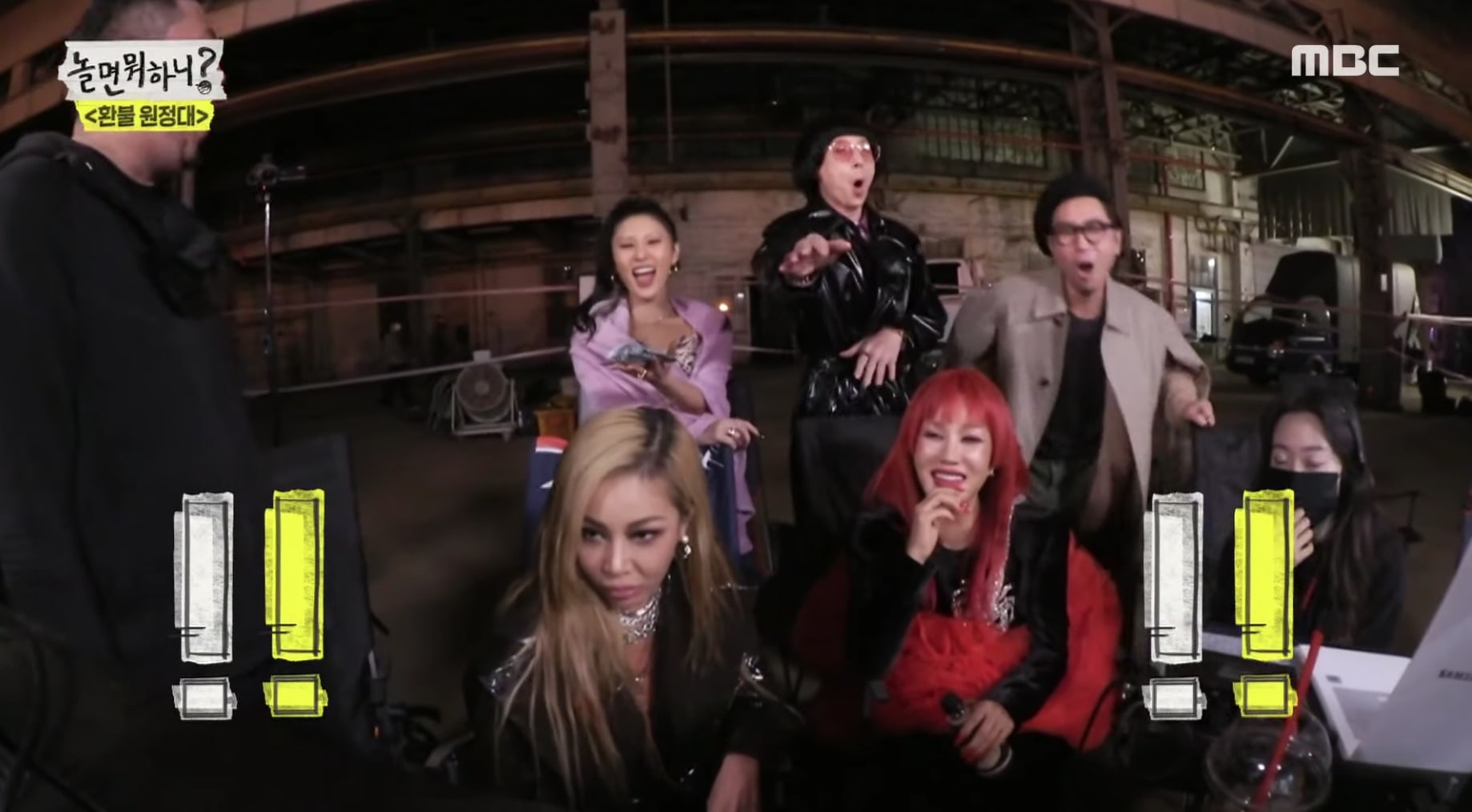 Each member then got a chance to shine in tight closeups. The director was particularly impressed with Lee Hyori’s on-camera presence and Yoo Jae Suk said, “This isn’t the time for her to be harvesting perilla on Jeju Island.” To Hwasa, the director observed, “There’s so much to learn here. Each member’s style is so different.”