MAMAMOO held their much-anticipated Mnet comeback show and wowed with the first performances of their new songs!

When the group was crowned the winner of the Mnet female idol competition show “Queendom” last year, they won the opportunity to stage a comeback show on the network. So after releasing their 10th mini album “TRAVEL” on November 3, they put on their first Mnet comeback show that evening, titled “Monologue.”

The event was formatted like a music talk show, and MAMAMOO premiered tracks from “TRAVEL” as well as put on performances of some of their hit songs from the past seven years with new arrangements.

As they opened up the show, MAMAMOO talked in an interview about how they’ve been doing and what it’s like to hold their comeback show without fans due to COVID-19-related restrictions.

Hwasa spoke about how they haven’t been promoting as a group as much because they’ve been focusing on their solo activities lately. Solar said, “This is MAMAMOO’s first comeback as a full group in almost a year, but we can’t communicate with an audience, so I really feel their absence.”

When asked how they feel about performing without an audience, Hwasa responded, “I think it’s the worst. I’m just really upset.” Moonbyul shared that she thought performing without fans would make her feel like she was just “working,” and she expressed her sadness about that.

Solar said, “It feels like no matter how hard we work and how well we try to do, we can’t totally fill that [emptiness] up.”

Hwasa added, “Although I’m upset about it, this is nevertheless an opportunity for us to communicate.” 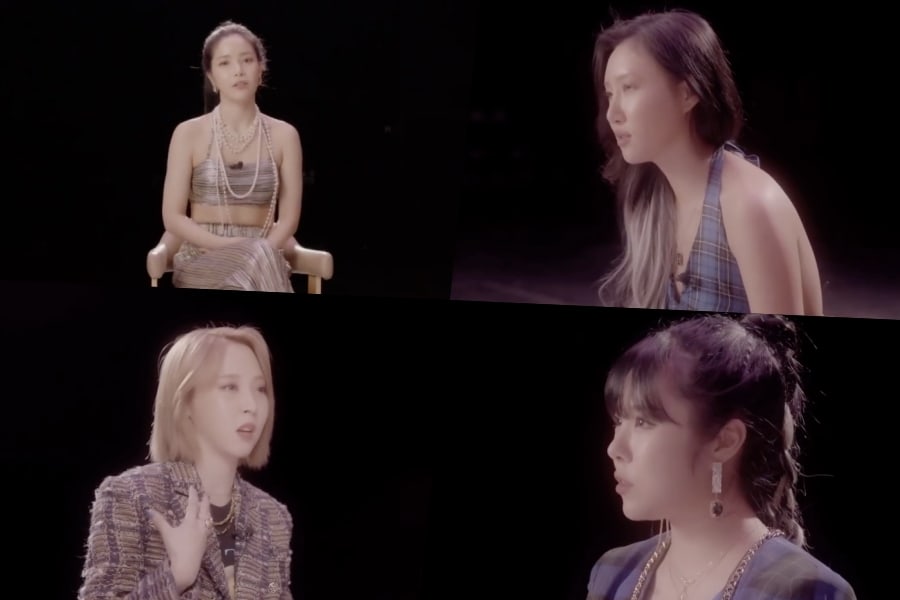 When they sat down for a talk show segment, they laughed over how quiet things were with just the four of them, and Solar commented that it felt like they were still rehearsing.

They spoke about their win on “Queendom,” and Hwasa said, “I didn’t think we could win.” Wheein added, “We weren’t expecting it.” MAMAMOO also shared their excitement about getting to do their first comeback show.