CNBLUE talked about their military service on KBS2’s “Problem Child in House”!

During the November 17 broadcast, CNBLUE revealed that it had been nearly four years since they had appeared on a variety show together. Jung Yong Hwa had been discharged last year, and Lee Jung Shin and Kang Min Hyuk were discharged earlier this year in March after enlisting together. 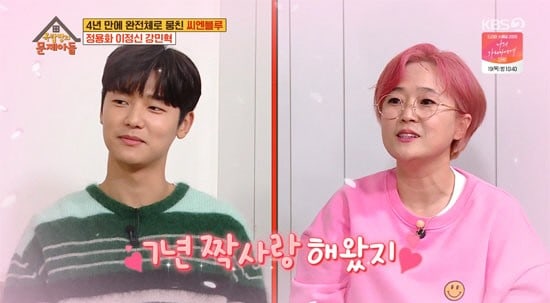 Song Eun Yi explained, “I have been in a one-sided love for 10 years since CNBLUE debuted. I fell in love one-sidedly when they appeared on a radio show where I was the DJ. I felt sorry for him when he was standing quietly in the back while he was on the show, but I fell for him when I saw him powerfully play the drums. I also said I would learn the drums, but I’ve only collected 10 drum sticks.”

Kang Min Hyuk commented, “Actually, I showed interest first. She made us feel so comfortable for our first radio appearance.” When Song Eun Yi was asked to choose between Kang Min Hyuk and Buzz’s Min Kyung Hoon, her favorite junior these days, she commented, “This is difficult. I’ve never thought of Kyung Hoon as a man.” 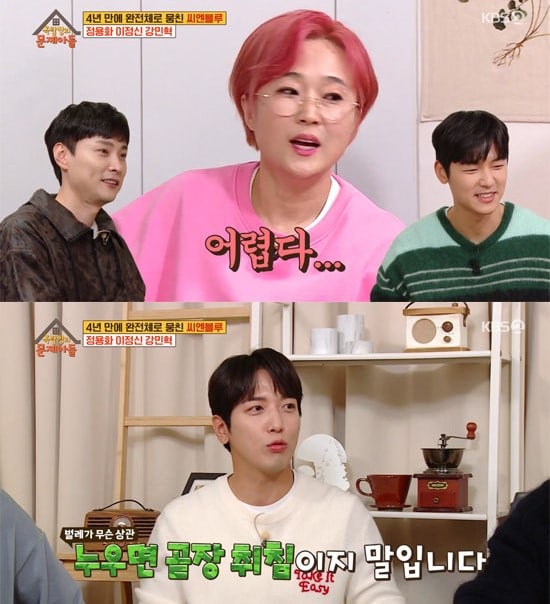 Jung Yong Hwa enlisted in the special forces during his military service. He revealed, “My insomnia was cured in the military. I used to have severe insomnia, so I was worried when I enlisted, but the first day at the training camp, I passed out at 10 p.m. When I woke up in the morning, I felt so refreshed.” 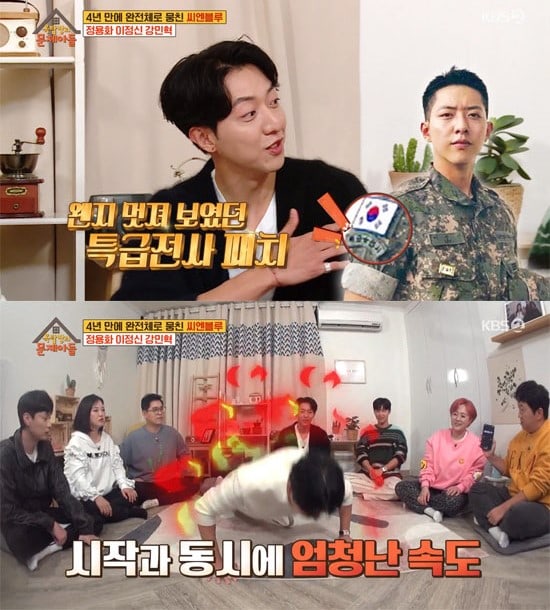 Furthermore, Kang Min Hyuk shared that BLACKPINK and ITZY gave him strength while he was in the military. He commented, “At the time, the two groups were the most popular in my military unit.” Lee Jung Shin added that IU had also been popular, sharing, “The day began with IU’s song.” Jung Yong Hwa also told a story where he and his peers desperately asked a higher ranking official who had a phone to play ITZY’s “DALLA DALLA.”

The CNBLUE members also touched upon their musical promotions. Talking about mistakes on stage, Kang Min Hyuk shared, “I cause a huge accident every now and then. I’ve once finished a song alone when the song wasn’t over yet. I was too caught up in the live atmosphere.”

Finally, Lee Jung Shin picked the day of his discharge as his most memorable one while being a member of CNBLUE for 10 years. He shared, “Kang Min Hyuk was discharged two days before me, but two days later on my discharge day, he drove to me early in the morning wearing his military uniform.”

Recently, CNBLUE made their long-awaited return with “RE:CODE” and the title track “Then, Now and Forever.”