BTS has taken home the Daesang (Grand Prize) for the third consecutive time at The Fact Music Awards.

The Fact Music Awards held its first offline awards ceremony in April 2019. The second ceremony was scheduled to be held in February 2020, but was canceled due to the COVID-19 pandemic. However, the winners were still announced. For its third ceremony, which took place tonight on December 12, the ceremony was broadcast live around the world and held without face-to-face contact due to the ongoing pandemic. 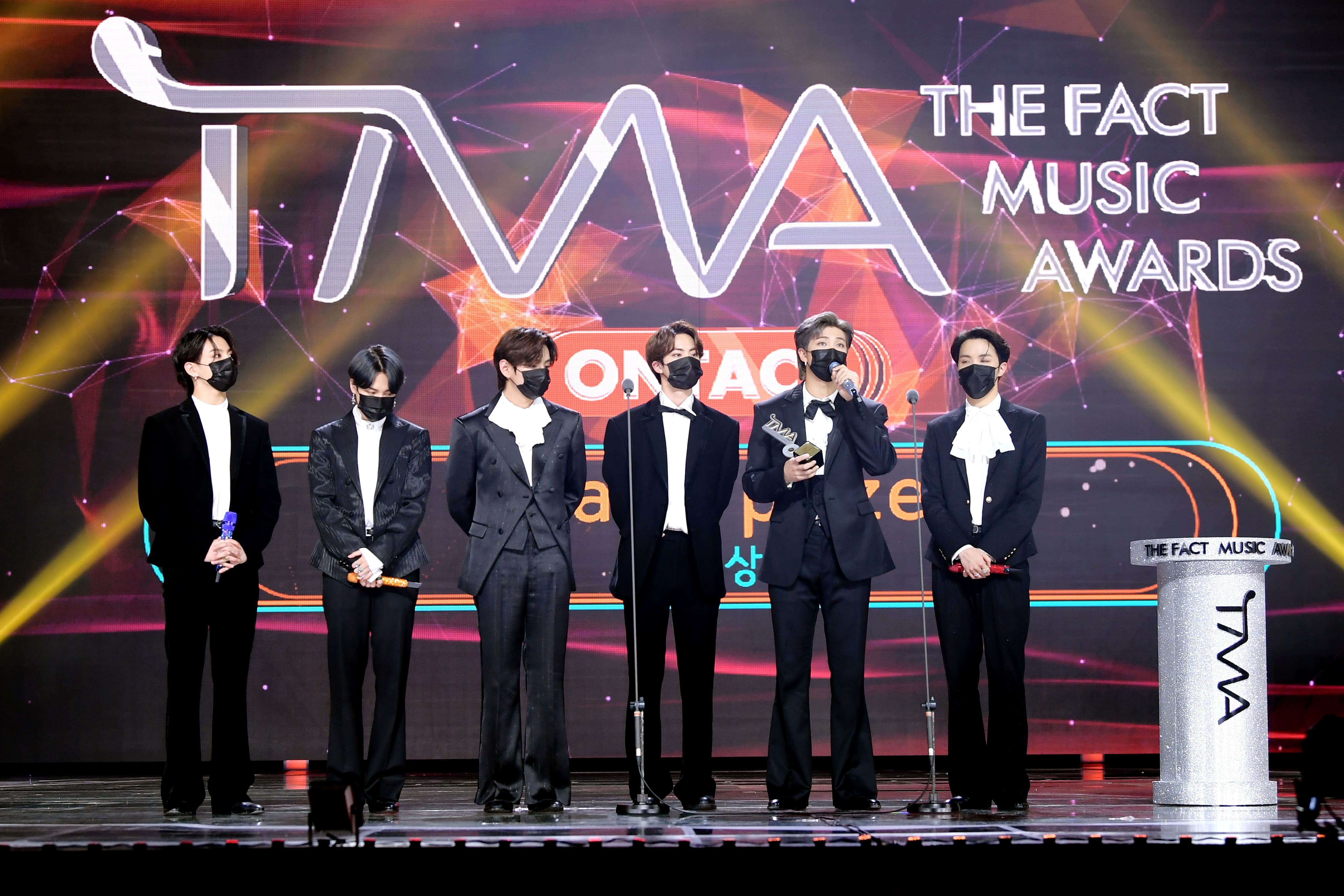 For the third time in a row, BTS won the Daesang at The Fact Music Awards, as well as three other awards: This Year’s Artist, Worldwide Icon, and Listener’s Choice.

In their Daesang speech, RM said, “It’s been a while since we received an award with such a classic name as ‘Daesang.’ Just as the name suggests, it’s a ‘big’ award, so we will accept it gratefully with big hearts. During these times that were difficult for everyone, not just us, we worked hard to show new things, and we are grateful that our work was repaid tenfold through such generous results. Thank you to the fans and the public, who showed us love and interest and listened to our music, as well as our staff and Big Hit Entertainment. Not just us, but including all the people here, there are a lot of musicians and artists who cannot hold offline concerts and are working hard in their studios in these difficult circumstances. It feels like we have received this big award in their stead. We would like to dedicate this award to all the artists who pour their hearts into making music despite not being able to perform. Wherever we stand next year, as we have received the Daesang, we will continue to work hard to give comfort and hope, and remain a group who sings and performs with sincere hearts.”

Check out the full list of winners at The Fact Music Awards here!

BTS
The Fact Music Awards
How does this article make you feel?