TVXQ’s Yunho visited William and Bentley on the December 13 episode of “The Return of Superman”!

Yunho shared in his interview, “When I watched the show, I saw how the two of them have so much energy. I thought we’d be a good fit, since I give off my own energy too.” He said that Sam Hammington had told him that he’d prepared a special present. “I’m not sure what it is, but I’m very excited,” Yunho said. 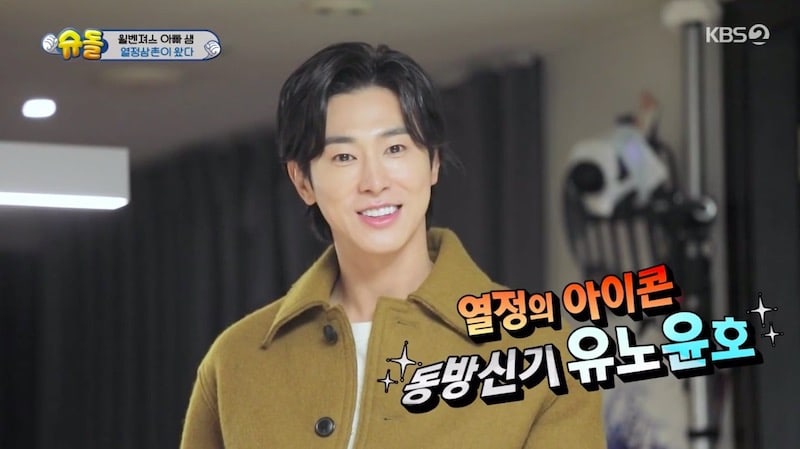 Yunho introduced himself to the boys when he arrived and told them he’s a singer. Bentley asked him the surprising question, “Can you spin around like the Hulk?” Yunho got up and spun around, but he didn’t get much of a reaction from the brothers.

Sam Hammington turned on the television to show them videos of Yunho performing, and Yunho even danced on the spot for them, but Bentley made Yunho laugh when he said, “This song’s no fun!” 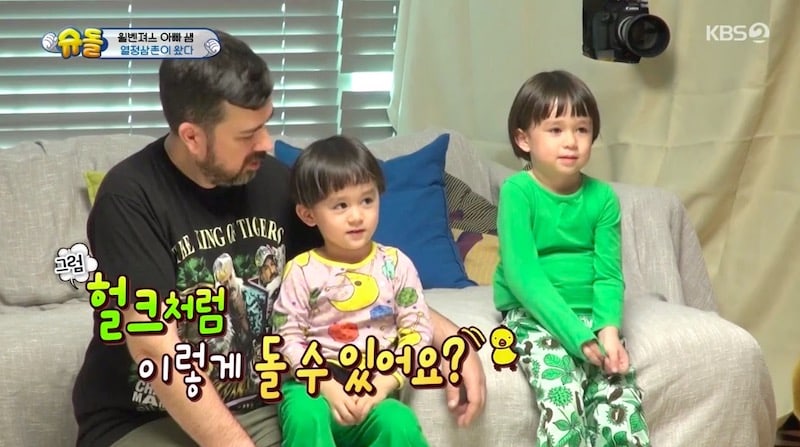 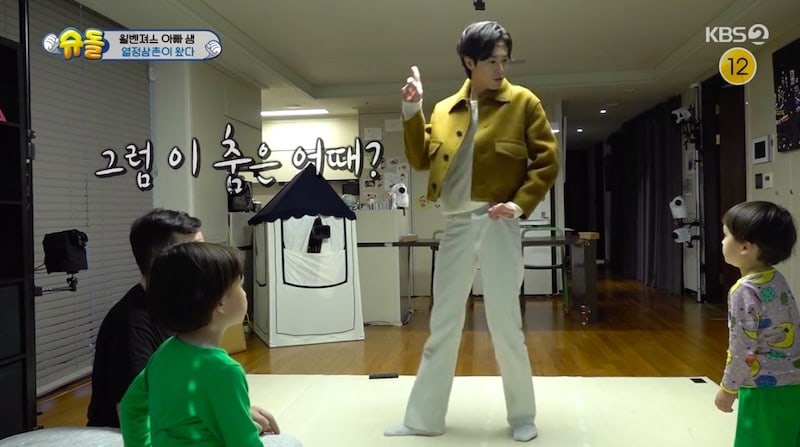 Yunho then brought out a set of Korean jacks to play with the boys. They seemed to get a bit absorbed as Yunho threw and caught the jacks in the air, and then William asked him, “Can you throw them while dancing?” Yunho assured them he could, and then he got up and did a dance while tossing the jacks.

Bentley stood up and started flinging the jacks across the room while yelling excitedly, so Yunho quickly adapted the game so that Bentley was tossing them for Yunho to catch instead. The brothers had fun throwing the jacks, but things quickly got chaotic and Yunho joked, “I think I’ve opened Pandora’s Box.”

Moving on to something new, Yunho entertained the kids by putting onion rings on strings and having them wear them as necklaces so they could snack on them. With his necklace on, William stood up and announced, “I’m hungry” before having fun stuffing the onion rings in his mouth. 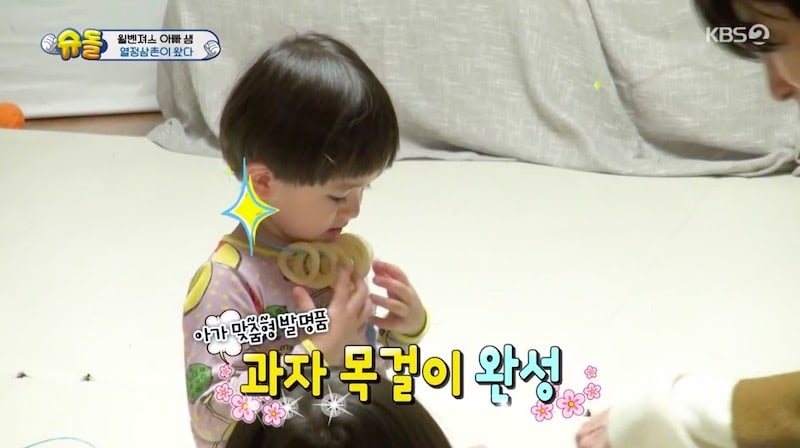 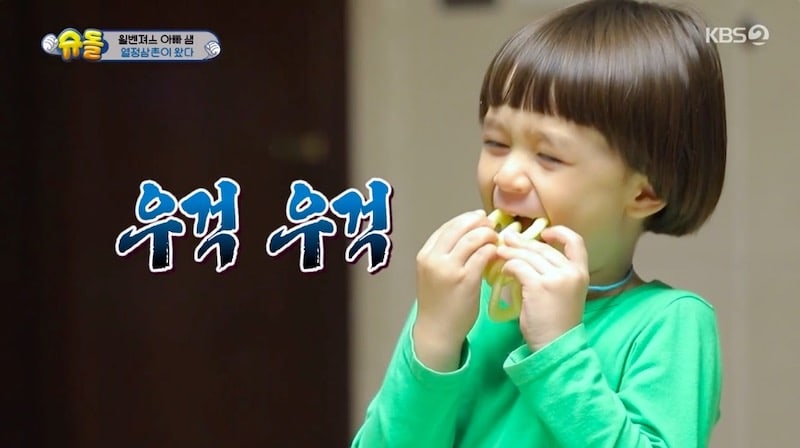 Yunho then set up a bowling game for the boys, but it soon got out of hand. When getting William hyped up about bowling, he’d asked him if he has a girlfriend. However, Bentley named the same girl as his own girlfriend on his turn too, leading William to knock down the pins. The pair got in a fight and Yunho stepped in to separate them. 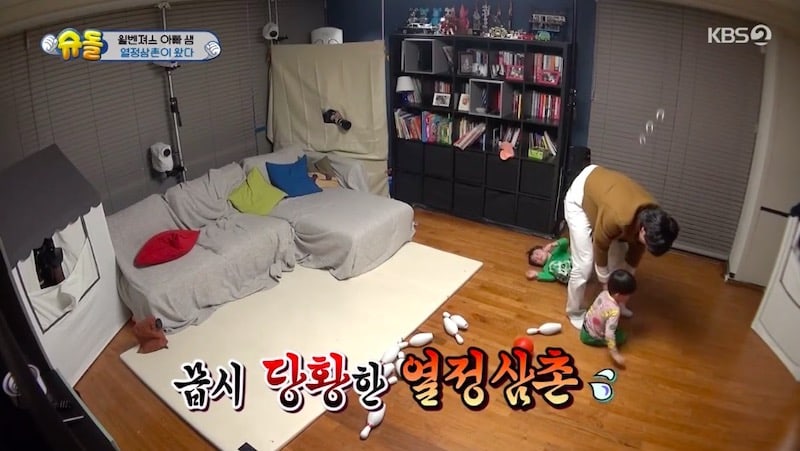 Sam Hammington told Yunho, “It’s good to live with passion, but it’s important for a person to also know how to let go and live half-heartedly.” He then showed what he’d prepared, which was a set of red track suits for the four of them to relax in.

They all changed into their relaxation outfits and Yunho told them, “I’m also good at doing things half-heartedly.” Sam Hammington led them in a session of spacing out. William advised Yunho, “You shouldn’t keep thinking” and he gave him a demonstration on how to completely space out. 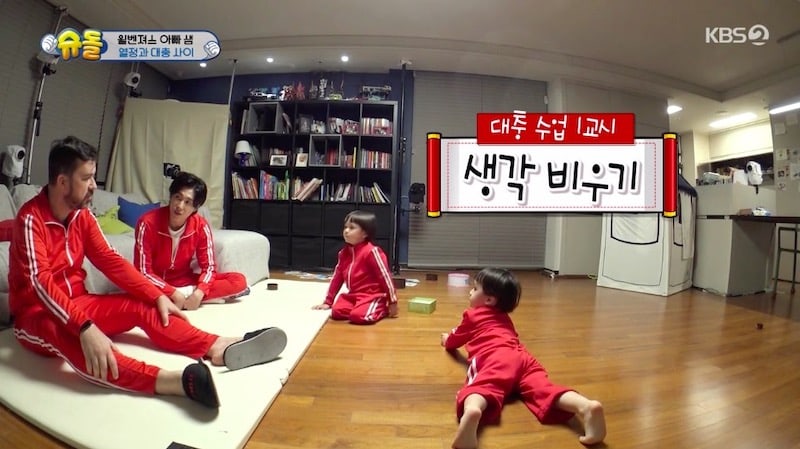 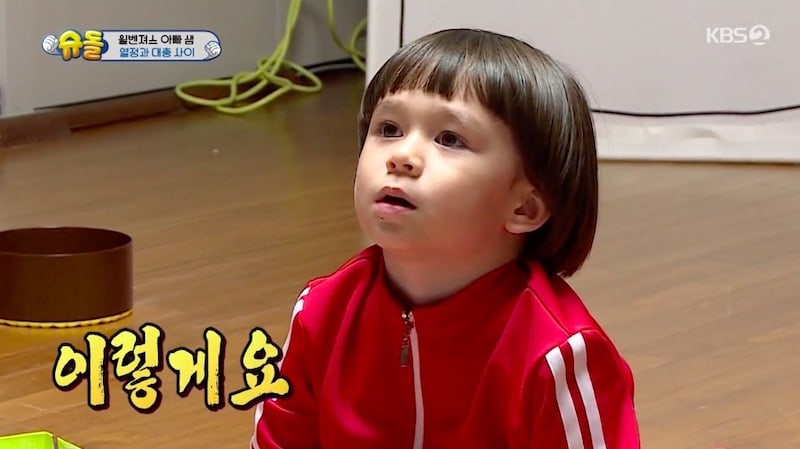 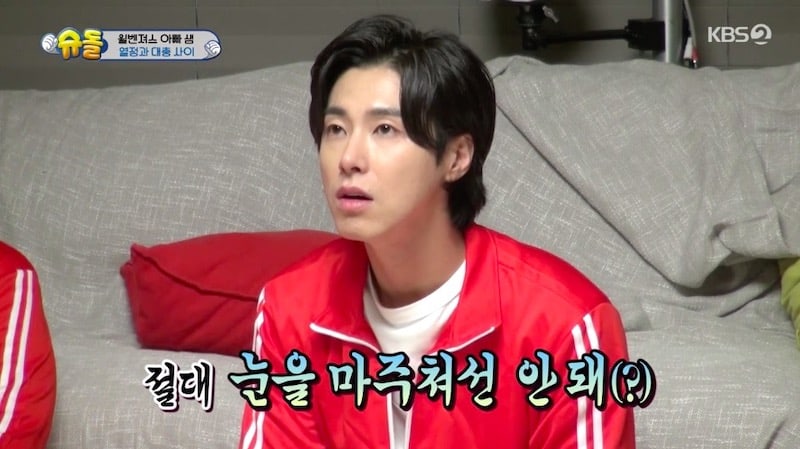 While they were spacing out, Yunho struggled a bit to keep a straight face as Bentley kept doing things like touching his face and unzipping his jacket. He gave in and laughed when William unzipped his own jacket and stood up in front of the adults with a big laugh. 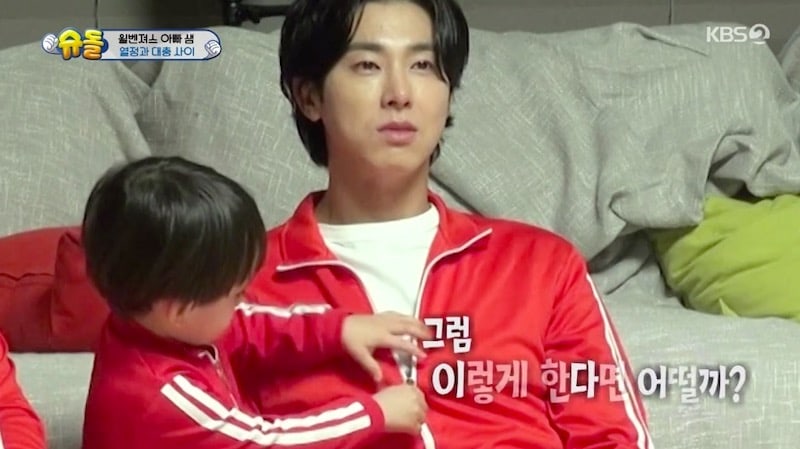 The group enjoyed a “half-hearted” snack of pizza on puffed rice cakes, which they microwaved on a cutting board to create fewer dishes to wash. Sam Hammington also got Yunho to try some Vegemite on a rice cake, which earned a shocked reaction from the idol. Bentley showed Yunho how to put the Vegemite on the rice cake and lick it off. 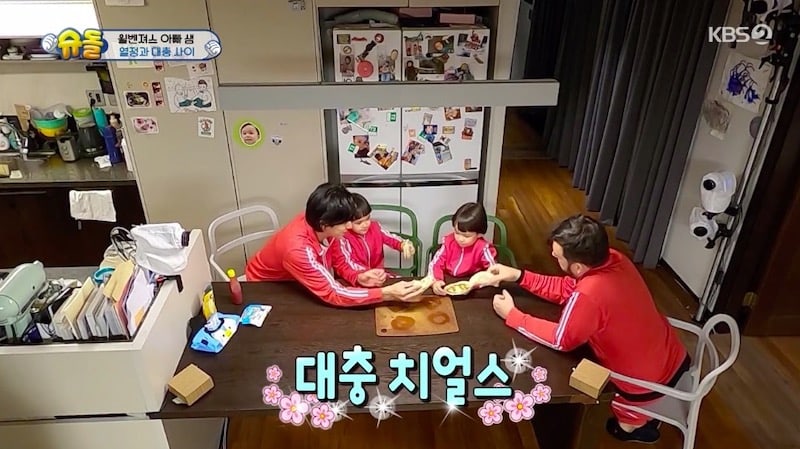 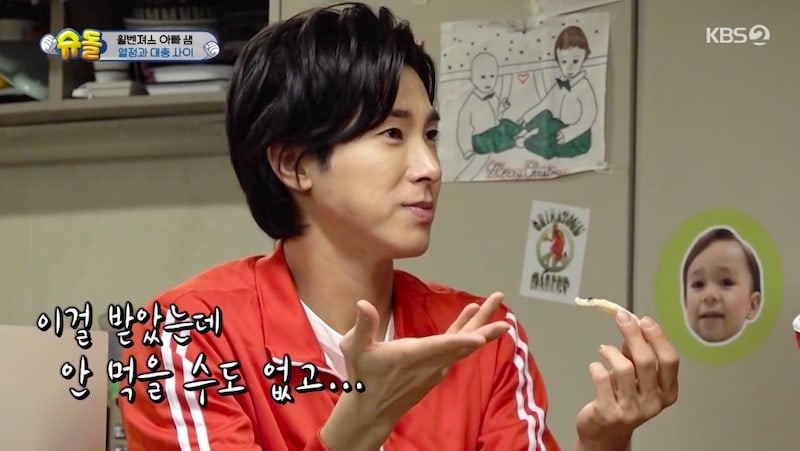 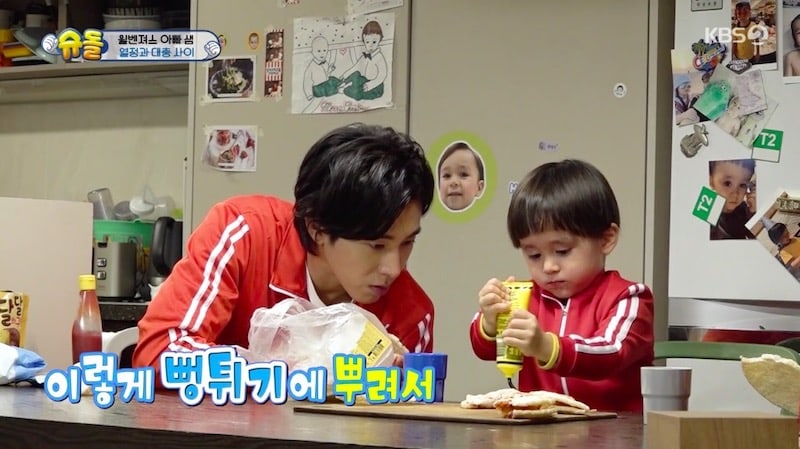 The brothers went on to play a game of hide-and-seek with Yunho, but the idol found them within five seconds. Sam Hammington commented, “Why can’t you do things half-heartedly? You shouldn’t find them so quickly. It should take 30 minutes.” In the end, Yunho was unable to live a half-hearted life and he kept playing with the kids with his famous passion.