Gaon Chart has revealed its chart rankings for the week of December 6 to December 12!

IZ*ONE achieved a double crown on this week’s charts after topping both the physical album chart with their new mini album “One-reeler / Act IV” and the digital download chart with their title track “Panorama.”

Not only did IZ*ONE’s latest mini album debut at No. 1 on this week’s physical album chart, but the Kit version of the album also entered the chart separately at No. 5. 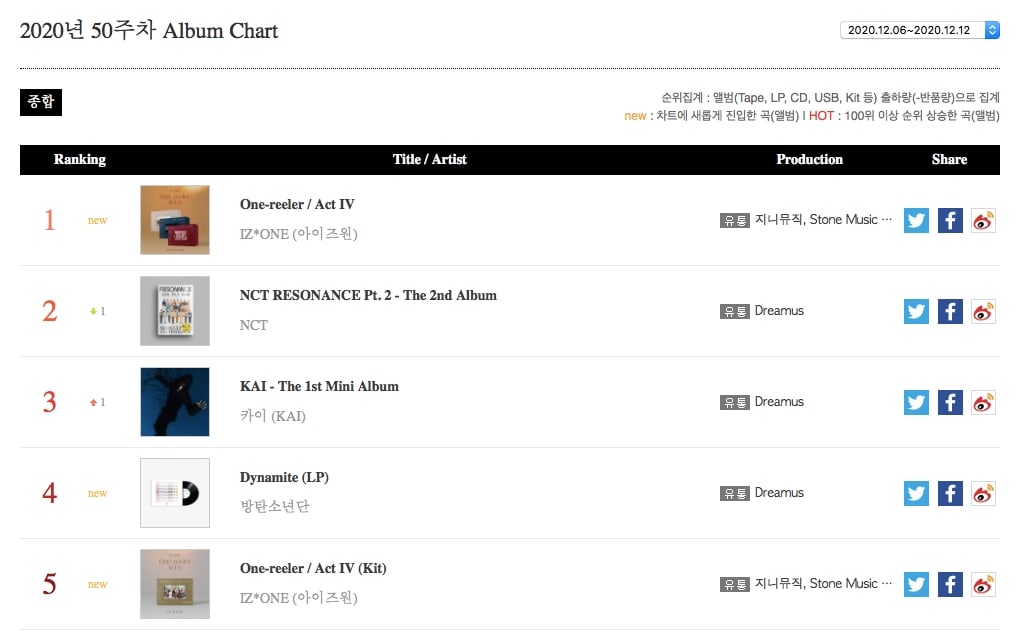 IZ*ONE’s “Panorama” debuted at No. 1 on this week’s digital download chart, and trot singer Kim Ho Joong impressively swept the next 12 spots on the chart with the tracks from his new release “The Classic Album,” which features his renditions of famous opera arias and musical songs. 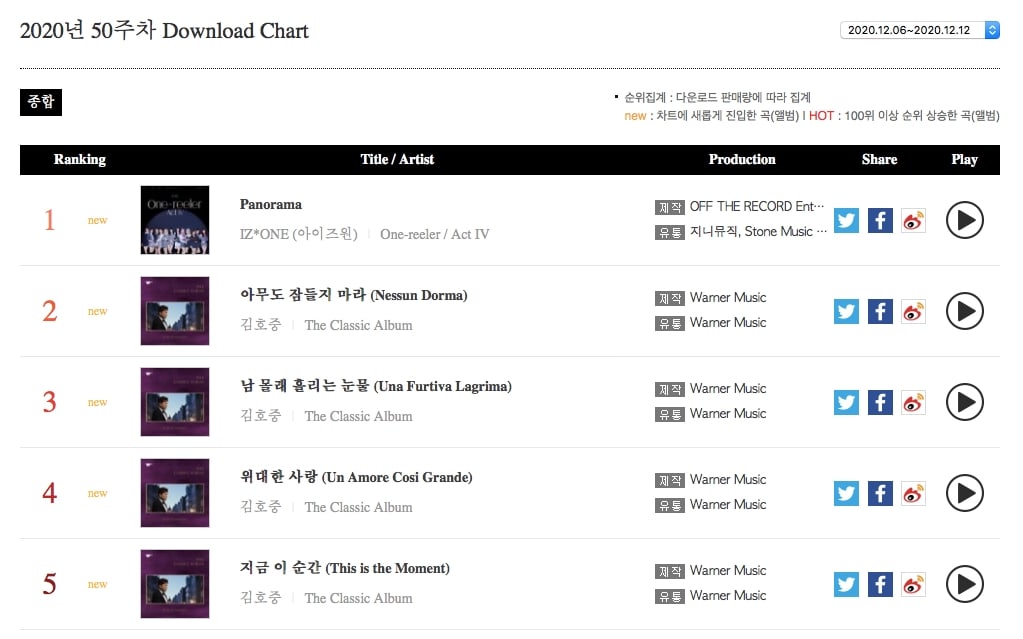 “Show Me the Money 9” rappers Mirani, Munchman, Khundi Panda, and MUSHVENOM’s hit collaboration “VVS” (featuring JUSTHIS and produced by GroovyRoom) successfully defended its position at No. 1 on the overall digital chart for the third week in a row.

“VVS” wasn’t the only song from “Show Me the Money 9” to make the top five: Lil Boi’s “Tomorrow” (featuring Giriboy and BIG Naughty) shot up to No. 2 this week, while Mirani’s “Achoo” (featuring pH-1 and HAON, and produced by GroovyRoom) rose to No. 5.

BTS’s long-running hit “Dynamite” charted at No. 3 for the week, while Jang Beom June’s “Can’t Sleep” held onto its spot at No. 4. 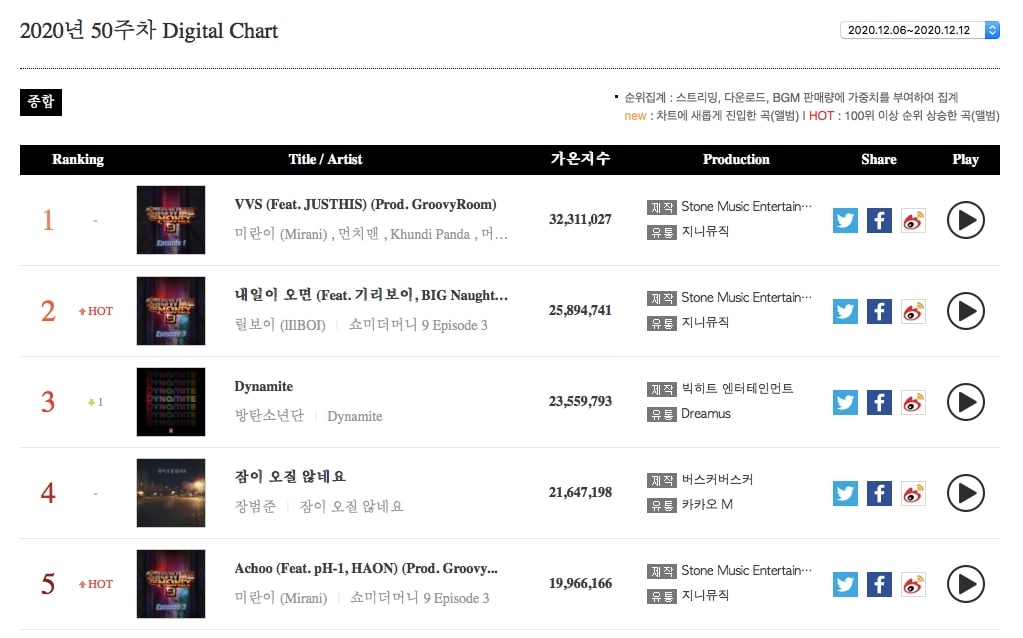 The top four songs on this week’s streaming chart were exactly the same as the overall digital chart: Mirani, Munchman, Khundi Panda, and MUSHVENOM’s “VVS” came in at No. 1, Lil Boi’s “Tomorrow” (featuring Giriboy and BIG Naughty) at No. 2, BTS’s “Dynamite” at No. 3, and Jang Beom June’s “Can’t Sleep” at No. 4. Finally, Im Chang Jung’s “Love Should Not Be Harsh on You” rounded out the top five. 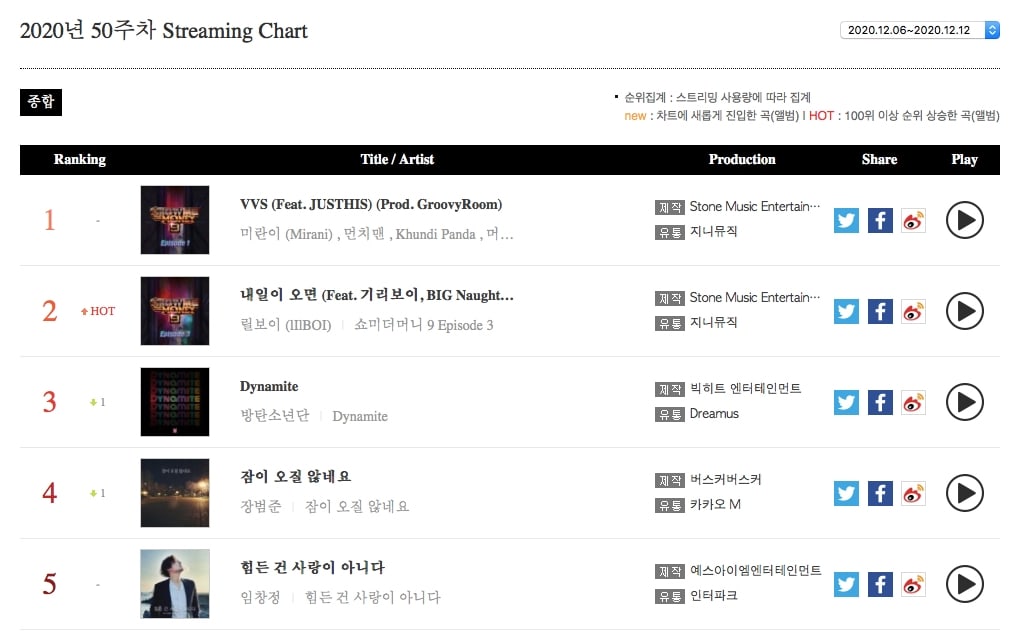 BLACKPINK remained No. 1 on Gaon’s Social Chart 2.0 this week, followed by BTS at No. 2. Im Young Woong and Yang Joon Il charted at No. 3 and No. 4 respectively, while IZ*ONE shot up to No. 5 on this week’s chart. 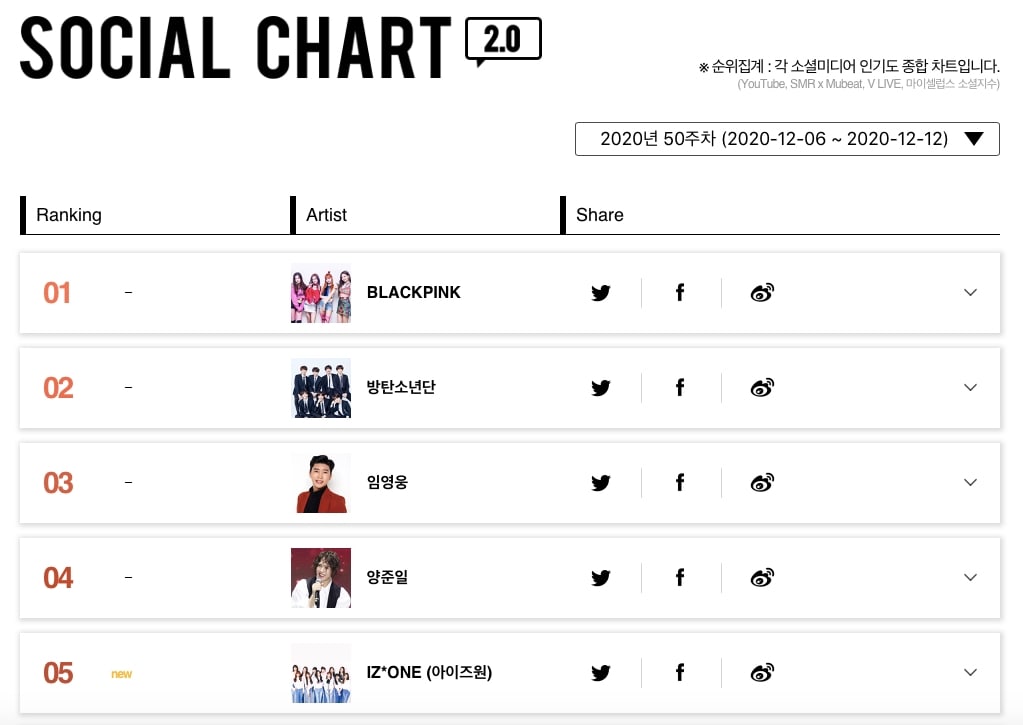