Rain and Park Jin Young talked about their young daughters on “Ask Us Anything”!

The two singers appeared as guests on the January 2 episode of the JTBC variety show, where they promoted their new duet single “Switch to Me” and were hilariously unable to stop bickering with one another.

During the guessing-game segment of the program, Park Jin Young revealed that his 22-month-old daughter had said something that shocked him—and asked the “Ask Us Anything” cast to guess what she’d said. After a slew of incorrect guesses, Super Junior‘s Kim Heechul finally arrived at the right answer: while dancing to her dad’s recent hit “When We Disco,” Park Jin Young’s daughter had uttered the iconic whisper “JYP.”

As everyone burst out laughing, Park Jin Young happily explained, “The dance had just ended, and I was doing the final spin at the end [of the choreography] when she suddenly said, ‘JYP.’ Because I usually say ‘JYP’ at the beginning of my songs, but for ‘When We Disco’ only, I put it at the end instead.”

“Since she’d always heard it at the end of the song,” he continued, “without even knowing what it meant, she said, ‘JYP.’ I was so shocked.”

Park Jin Young went on to share a cute clip of his daughter saying, “What’s Dad’s name? Dad is JYP.” (The clip begins at 2:13 in the video below.)

The “Ask Us Anything” cast members then asked Rain if he’d had any similar moments when he looked at one of his daughters and thought to himself, “Wow, she really is my daughter.”

Rain replied, “I watch all of [Park] Jin Young’s performances on TV. So one time, ‘When We Disco’ happened to be playing, and our whole family was watching it together. [One of my daughters] suddenly got up and started dancing to the song, so I took a video of it and sent it to [Park Jin Young]. It made me think, ‘Wow, she really is my daughter.'”

When asked whether his daughters looked more like him or his wife Kim Tae Hee, Rain responded, “My wife. I don’t have double eyelids, but both of my daughters do.”

Park Jin Young made everyone crack up by chiming in, “Thankfully, my daughters only have my eyes and eyebrows, and they take after their mom in everything else in terms of their faces and physical appearances.” He hilariously added with a dramatic sigh, “It was a huge relief.”

When the “Ask Us Anything” cast asked if Rain’s and Park Jin Young’s families ever got together, Rain replied, “All the time.” “We usually talk about our daughters,” said Park Jin Young, before sharing, “I have two daughters, and so does Jihoon [Rain’s given name]. So our plan is to form a four-member girl group in the future.” 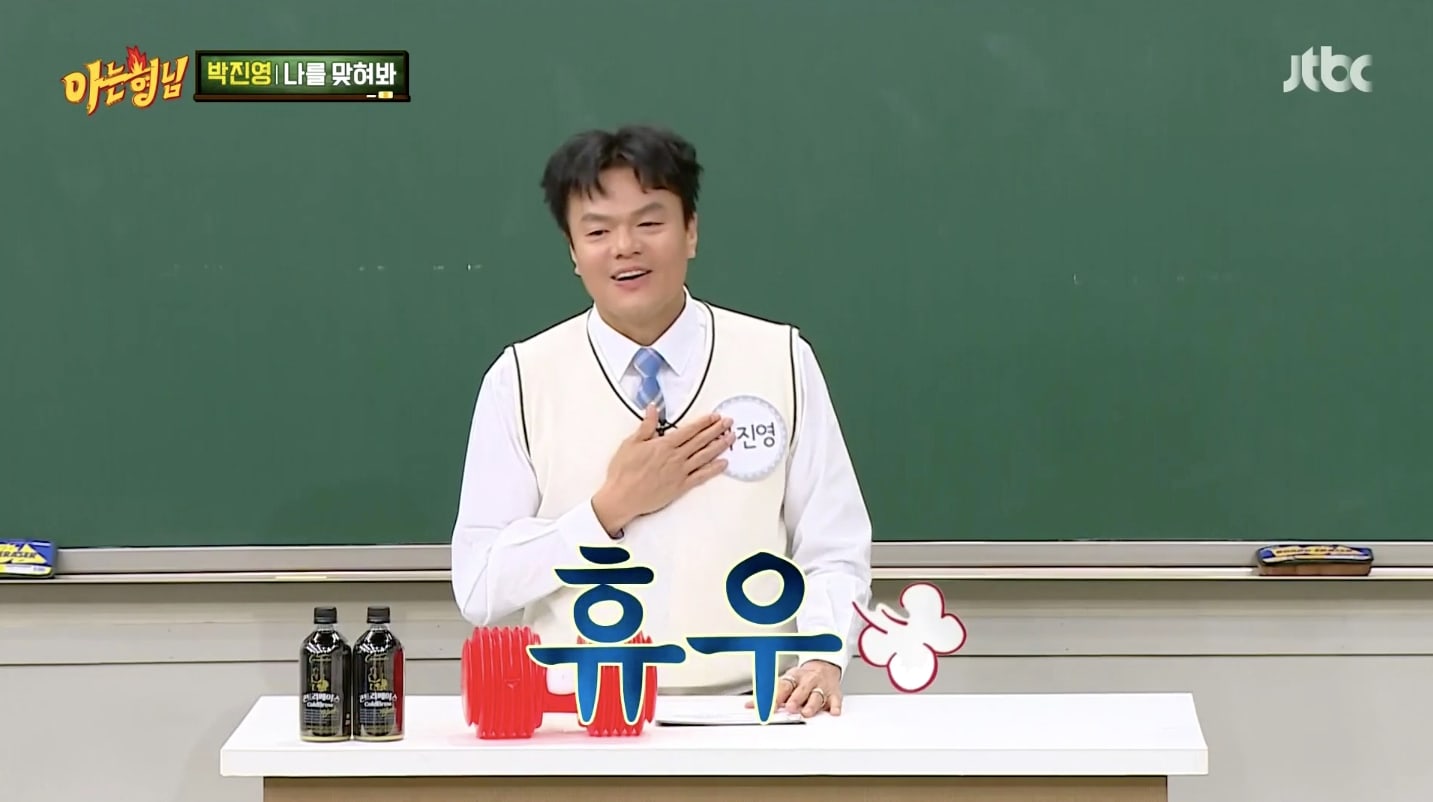 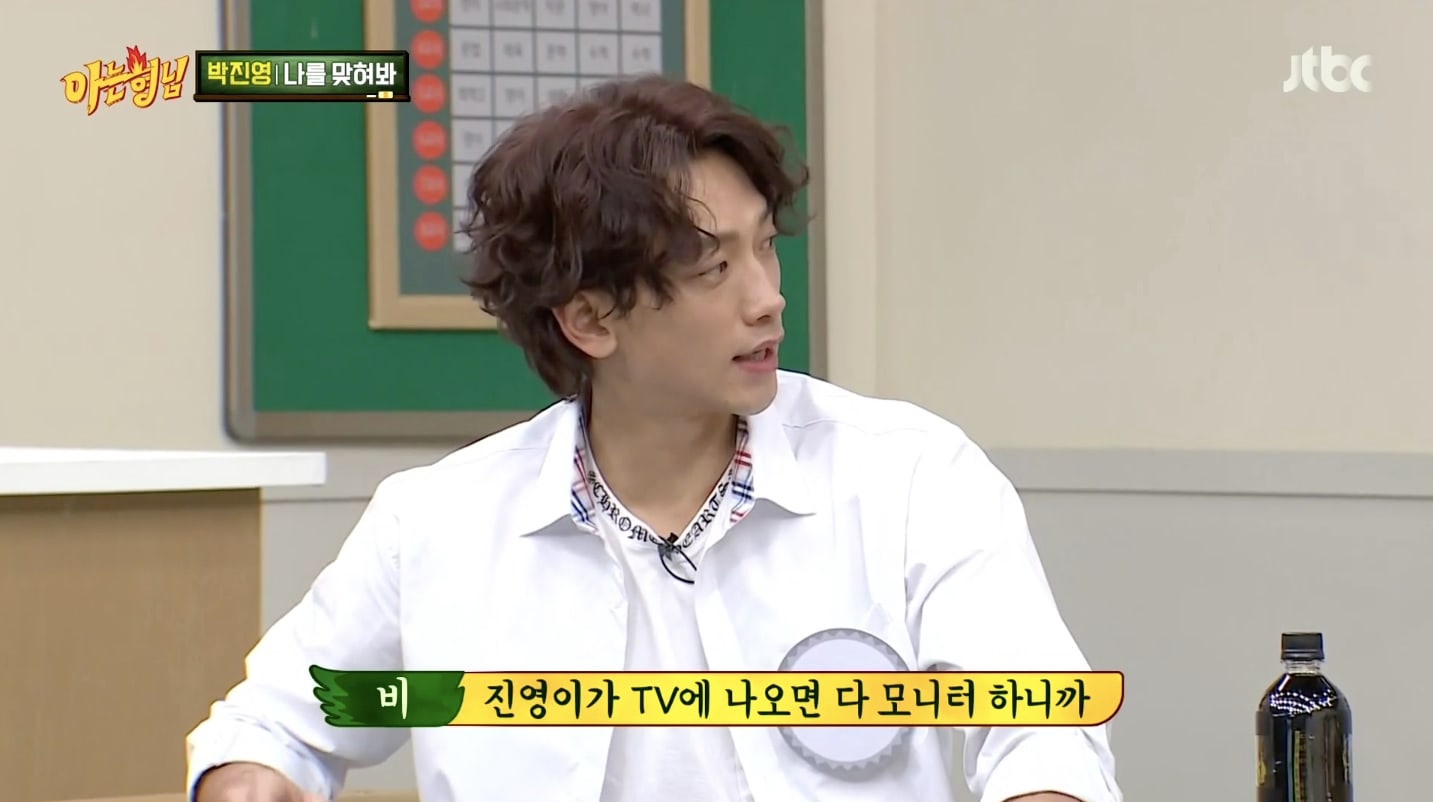 …and watch “Ask Us Anything” with English subtitles below!