Missing “The Penthouse”? Here’s What You Can Watch Next

Now that season one of “The Penthouse” has ended, you might find yourself yearning for the days when you could binge on episodes full of wild and intense scenes and characters that are so fun on-screen but you hope you’d never actually meet in real life. The great news is that seasons two and three have been confirmed, with season two expected to premiere in early February. The bad news is that it’s still weeks away and that’s just too long for some of us.

So if you need something to help tide you over until the premiere of season two, here’s some other shows you can check out:

If you want more of the talented women (and man):

The actors in “The Penthouse” are doing such wonderful jobs in their roles that we sometimes find ourselves too immersed and accidentally having ill feelings towards the actors themselves. So to help us climb out of the Penthouse-swamp, here are some other dramas from these great actors that you can check out: 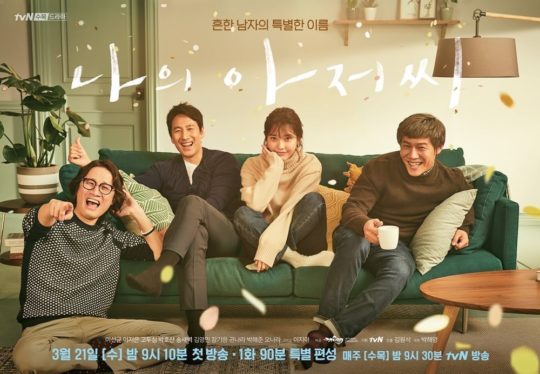 Park Dong Hoon (Lee Sun Gyun) leads a seemingly idyllic life but it’s all a façade. His wife (played by Lee Ji Ah) is cheating on him and his boss at the architectural firm he works at is trying to get him fired. And yet through all this, he remains an intrinsically kind-hearted person, whose compassion and optimism helps a similarly broken Lee Ji An (IU) get back on her feet. “My Mister” is one of the most critically-acclaimed dramas of 2018, and is absolutely gorgeous both in cinematography and in the message it carries — love heals all. 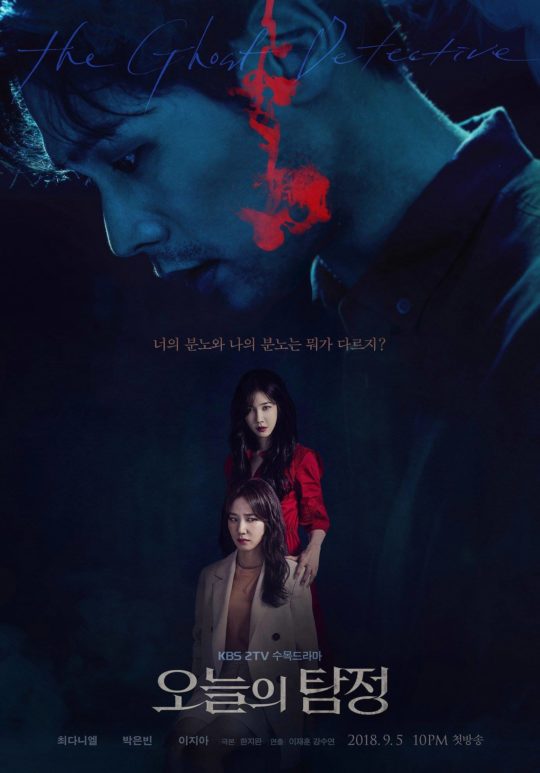 Lee Ji Ah is Sun Woo Hye, a woman in a coma in the thrilling and twisty “The Ghost Detective.” Her character also happens to be the main antagonist. Just how does a woman in a coma antagonize people you ask? You’ll have to watch the drama to figure it out, but trust me when I say she’s every bit compelling, ruthless, and a worthy opponent for the ever-so-charming Lee Da Il (Choi Daniel), the titular “ghost detective.”

For more Kim So Yeon 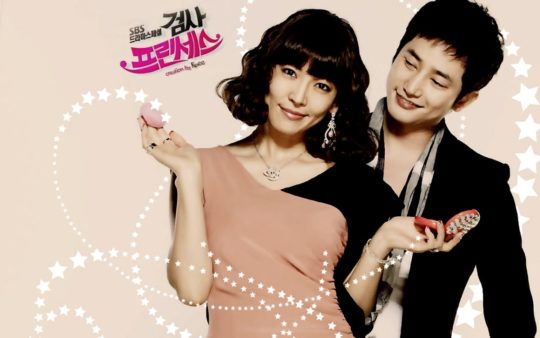 Kim So Yeon plays Ma Hye Ri, a naïve, fresh-out-of-the-gates prosecutor who pays more attention to her wardrobe than her work. She’s very intelligent, but can’t be bothered using her smarts and is only working as a prosecutor to placate her dad. So when this spoilt Ma Hye Ri eventually grows up and blossoms into her full potential (while still looking extra fashionable), it’s a beautiful sight to behold. The characters are so fully drawn out that they’re easy to relate to and love, and you’ll quickly find yourself falling in love with this version of Kim So Yeon. 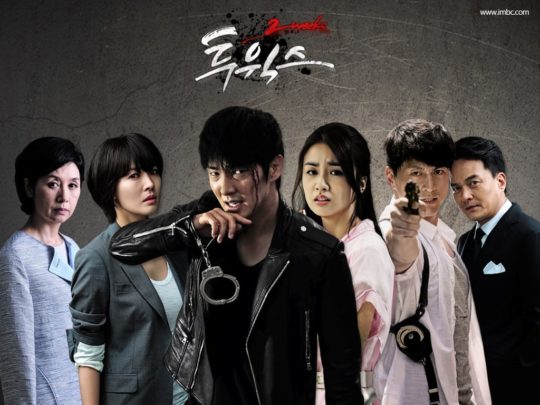 “Two Weeks” is a polished, tightly-written action-thriller with a strong cast that was sadly overshadowed by the hugely popular “Master’s Sun” during its initial run. The drama stars Lee Joon Gi as Jang Tae San, a former gangster whose past comes crashing through his door, around the same time he realizes he has a daughter with leukemia. Hunted by both the cops and the bad guys, he goes on the run in hopes to survive the two weeks until his daughter’s surgery. Kim So Yeon plays Park Jae Kyung, a prosecutor who’s convinced of Tae San’s innocence and helps to clear his name.

Here’s a behind-the-scenes look at Kim So Yeon and Lee Joon Gi on the set of “Two Weeks”:

This ratings-beast of a drama was so huge during its time, it propelled its lead actors into household names. Eugene plays Shin Yoo Kyung, the childhood best friend and love interest to the titular Kim Tak Goo (Yoon Shi Yoon). The story follows Kim Tak Goo as he strives to become the best baker in the country, but it’s no easy feat as he has to constantly deal with an unending parade of secrets, family drama, and makjang twists. 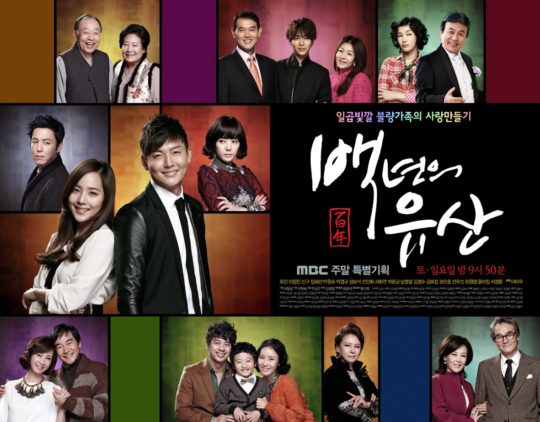 First off, be forewarned that this is a 50-episode drama (makjang really), and it features a mother-in-law so vindictive, you would be inclined to sic Cheon Seo Jin on her or vice versa. The “legacy” mentioned in the title refers to a noodle business that’s been in Min Chae Won’s (Eugene) family for three generations. After finally having enough of her rich but spineless husband and his screwed-up family, she decides to divorce him and go back to her roots, focusing on expanding said noodle business. She reaches out for help and comes across Lee Se Yoon (Lee Jung Jin). 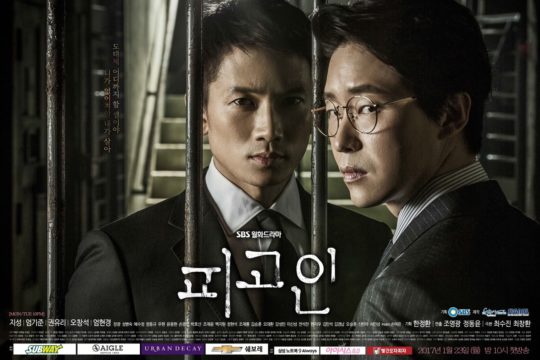 “Defendant” is a superb watch and a lot of it is to do with the two leading men, Ji Sung and Uhm Ki Joon, who absolutely act their pants off. Ji Sung plays a seasoned prosecutor who’s framed for the murder of his wife and daughter, and thus tries to break out of jail to find the real culprit. Uhm Ki Joon plays identical twins Cha Sun Ho and Cha Min Ho, one of whom is decidedly more unhinged than the other. The way Uhm Ki Joon switches between these two characters, while going toe-to-toe with Ji Sung acting-wise, leaves a lasting impression on us viewers. 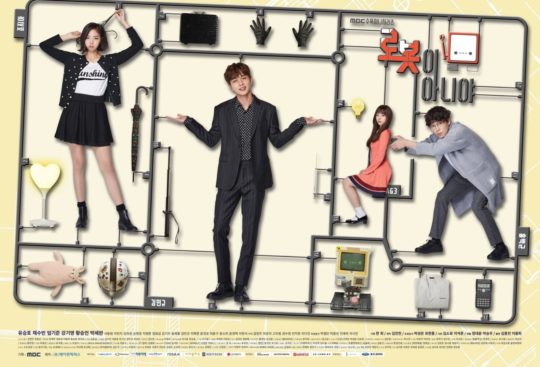 Compared to “The Penthouse” and “Defendant,” Uhm Ki Joon’s role in “I Am Not a Robot” is so tame it practically belongs in a Disney movie. Here, he plays Hong Baek Gyun, a robotics expert who creates an A.I. in the image of his ex-girlfriend Jo Ji Ah (Chae Soo Bin). He sells the A.I. to Kim Min Kyu (Yoo Seung Ho), who has a severe allergy to human contact. However, on the day of the delivery, the robot malfunctions so Baek Gyun recruits his ex-girlfriend to pretend to be the robot. Okay, so maybe he’s not that squeaky clean.

Start watching “I Am Not a Robot” here:

If you want more dramas that’ll have your blood boiling:

There’s something just so deliciously entertaining about watching dramas like “The Penthouse,” because the storyline is always packed with twists and filled with characters you can love and love-to-hate. Rather than mentioning the obvious choices like “SKY Castle” or “VIP,” here are two other dramas with storylines or characters that’ll drive up your blood pressure: 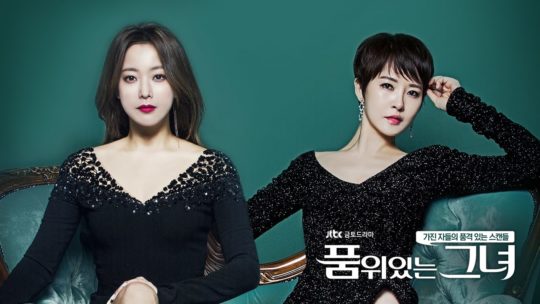 Like “The Penthouse,” “Woman of Dignity” deals with the elite and the power-hungry, but is more focused on the lives of the two central women. There are tons of affairs, hypocrites, and morally compromised characters that raise your blood pressure to new heights, though there are also plenty of lighter moments to cut through all the tension. The two women — one doing whatever it takes to reach the top and the other who comes crashing down from the top — are such nuanced and vivid characters, thanks to the top-notch performances by Kim Hee Sun and Kim Sun Ah. 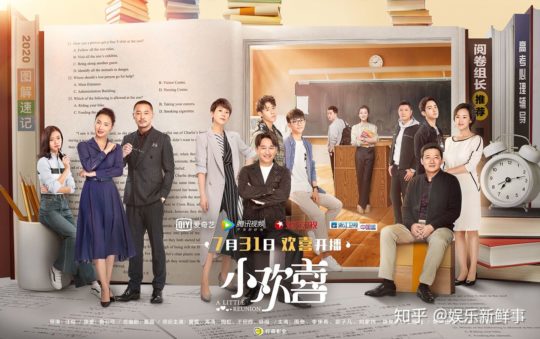 “A Little Reunion” is one of the most talked about C-dramas from 2019, largely due to how it took on many darker subjects such as mental health and sexual harassment. One major plotline is about high school seniors prepping to face the all-important college entrance exam and all the pressure that comes with it. And when you see the lengths the overbearing mothers go to to make sure their children excel in the exam, you’ll feel both angered and heartbroken for these suppressed children who eventually become psychologically damaged from all that pressure. That’s not to say this drama is all dark, because it’s more heartfelt and thought-provoking than anything, and will be sure to send you on a rollercoaster of emotions.

If you’re looking for a little healing and soothing:

After watching dramas that make you absolutely livid from all the despicableness the characters are up to, I’m sure we could all do with a little palate cleansing. After all, we need to lower our blood pressure before things go horribly wrong, right? So here are some dramas that’ll soothe your soul: 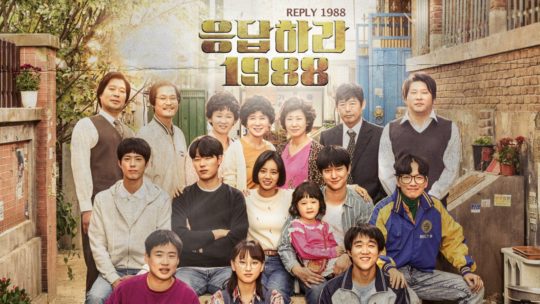 This last entry in the “Reply” series is more family-centered than the previous two, with the supportive, loving, and down-to-earth family unit being a stark contrast to certain families in “The Penthouse.” “Reply 1988,” starring Park Bo Gum, Girl’s Day’s Hyeri, and Go Kyung Pyo, is just a wholesome, healing show that is basked in warmth and heart. As it’s set in 1988, there’s a certain nostalgia factor that’ll tickle the hearts of those that lived in that era; but even if you were born last year, the sweetness of friendships and struggles of growing up will be just as relatable. 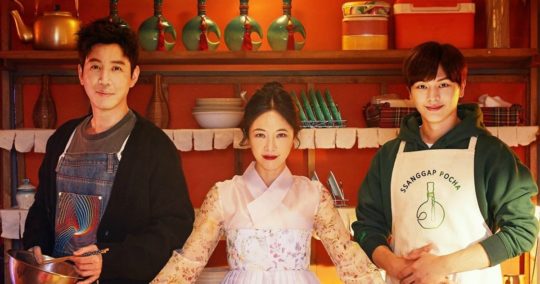 One of the more overlooked gems of 2020, “Mystic Pop-Up Bar” is about a woman, Weol Ju (Hwang Jung Eum), who’s tasked with solving the grudges of souls as penance for a past sin. Somewhere along the way, she meets Chief Gwi (Choi Won Young) and Han Kang Bae (BTOB’s Yook Sungjae), and the trio form an unlikely friendship that transitions to a familial bond. There’s plenty of hilarious missteps while they try to solve problems for these souls and that levity helps us through the more uncomfortable subjects. Overall, it’s a vibrant, humor-heavy, feel-good story with a trio of endearing characters that will provide you with a sense of closure and contentment each time they help another soul. 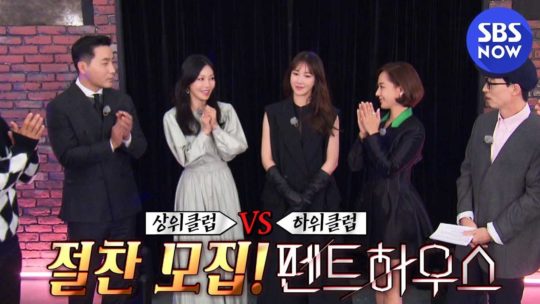 What provides better healing than watching a variety show that’ll make you laugh out loud? The trio of women from “The Penthouse,” along with Ha Do Kwon (the music teacher) head to “Running Man” for a visit that’ll have you rolling on the floor with laughter thanks to their OG quirky, awkward, and uncoordinated selves. Their true personalities are such stark contrasts to their on-screen characters and it’s a total joy to be able to get to know the actors behind the characters a little better.

Or you could always re-watch “The Penthouse” here:

Are you already counting down to season two? And which character on “The Penthouse” is your most love-to-hate character? Share your thoughts with fellow Soompiers down in the comments below.

Belinda_C thinks the actresses were hilarious on “Running Man”! Talk dramas, SEVENTEEN, and Shinhwa with her on Twitter!