“The Penthouse” Remains Most Buzzworthy Drama For 7th Consecutive Week

“The Penthouse” is the most talked about drama for the seventh week in a row!

Good Data Corporation has shared its rankings of dramas and cast members that generated the most buzz from January 4 to January 10. The list was compiled from analyzing news articles, blog posts, online communities, videos, and social media posts about 21 dramas that are currently on air or set to air soon.

“The Penthouse” aired its season one finale on January 5, and it grabs No. 1 on the most buzzworthy drama list once again. Lee Ji Ah rises to No. 1 after one of the most talked about topics during the week was whether or not her character is still alive. Eugene comes in No. 2, Kim So Yeon is No. 7, Park Eun Suk is No. 8, and Uhm Ki Joon is No. 9.

“Mr. Queen” takes second place among the most buzzworthy dramas for the third week in a row, with Shin Hye Sun in No. 3 among cast members with Kim Jung Hyun taking No. 5.

“The Uncanny Counter” remains No. 3 on the drama list, and “True Beauty” is No. 4. “True Beauty” cast members take spots on the cast member ranking, with ASTRO’s Cha Eun Woo rising to No. 4, Moon Ga Young to No. 6, and Hwang In Yeop to No. 10.

Check out the top 10 most buzzworthy dramas for the first week of January below: 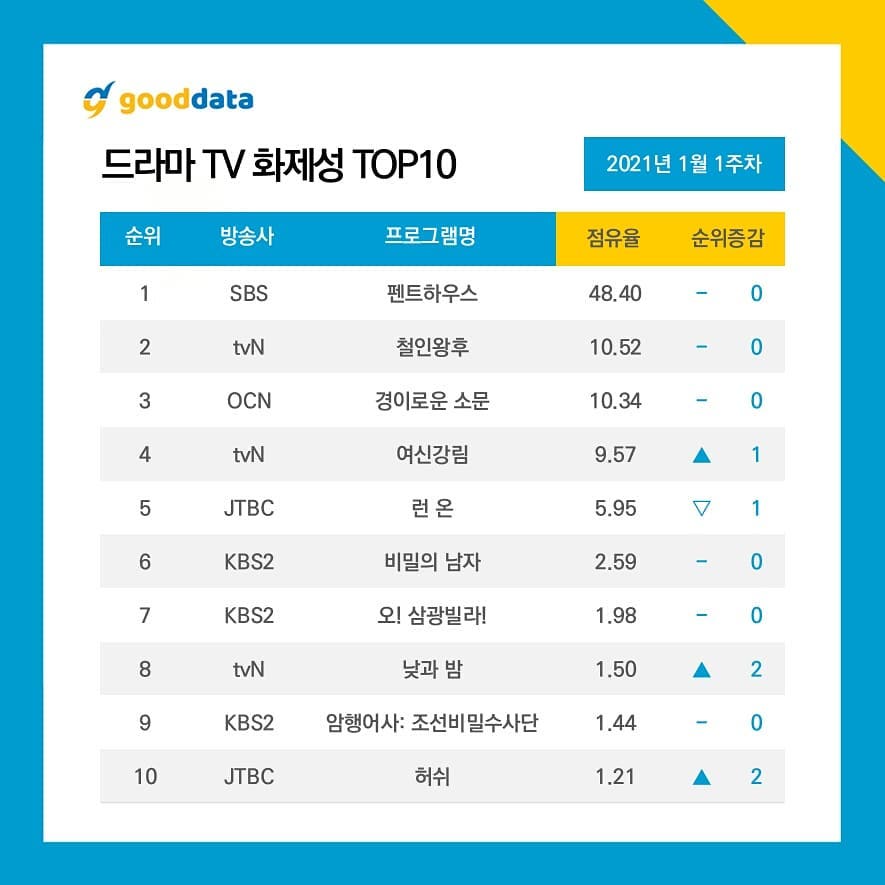 The top 10 most buzzworthy cast members for the week are: 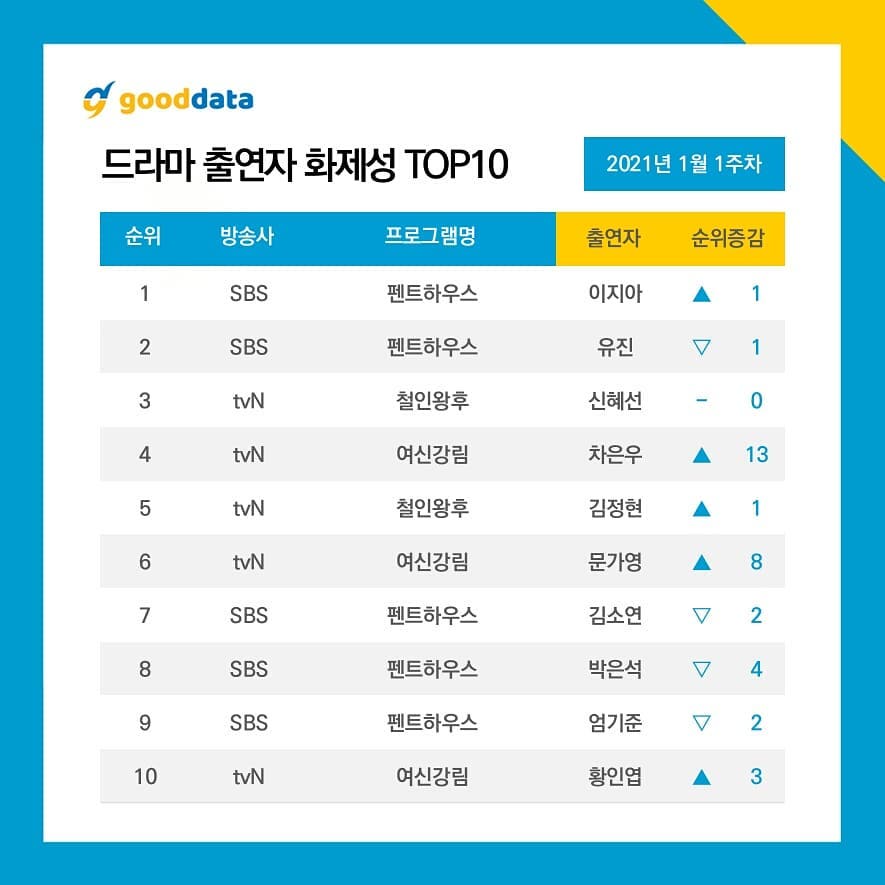 “The Penthouse” recently shared a teaser trailer for its second season, which premieres in February. Check it out here!

Watch the first season of “The Penthouse” below!