OCN’s “The Uncanny Counter” tops the weekly list of the most buzzworthy dramas, while Moon Ga Young of “True Beauty” is No. 1 among cast members!

Good Data Corporation has shared its rankings of the dramas and cast members that generated the most buzz for the week of January 11 through January 17. The list was complied from analyzing news articles, blog posts, online communities, videos, and social media posts about 20 dramas that are currently airing or set to air soon.

“The Uncanny Counter” rose two spots from the previous week to top the buzzworthy drama list for the first time. This comes a few days after the original writer of the drama stepped down from the show. Meanwhile, Jo Byeong Gyu rose to No. 6 on the list of cast members, with Kim Sejeong ranking 10th.

In third place among dramas was tvN’s “Mr. Queen.” Lead actress Shin Hye Sun remained at No. 3 among cast members with Kim Jung Hyun remaining at No. 5.

The top 10 dramas that generated the most buzz during the second week of January are as follows: 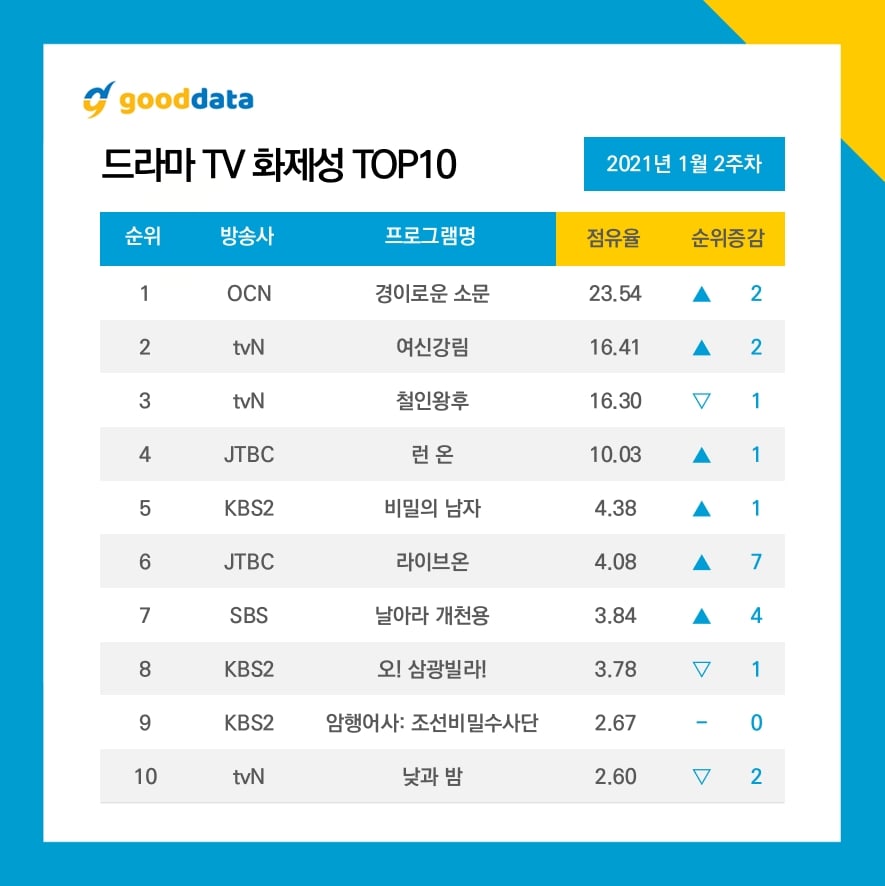 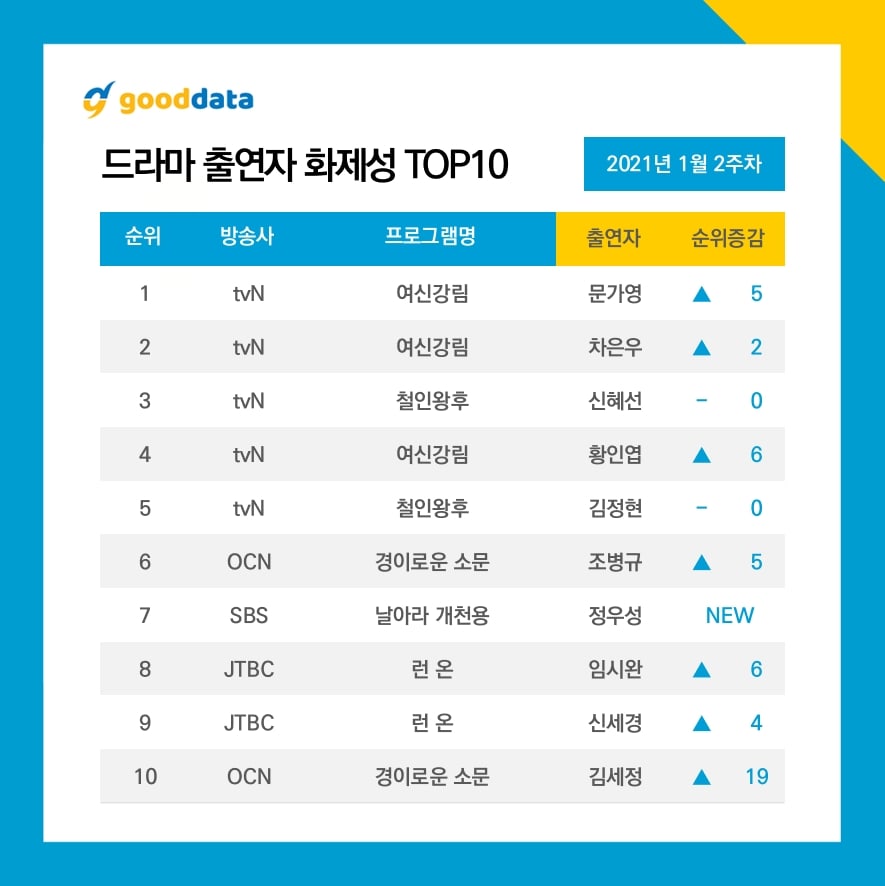