On the January 31 episode of KBS’s “2 Days & 1 Night Season 4,” the cast returned for the first time in a couple weeks as a full group!

Moon Se Yoon had taken a brief hiatus for two episodes of the show to recover from fatigue due to overwork. Upon his return, he shared the mixed feelings that he had had during his break. “I was lying in bed and checked the viewership ratings in a fit of temper,” he said. “It was 14.1 percent, the highest ratings we’d recorded in a year.” 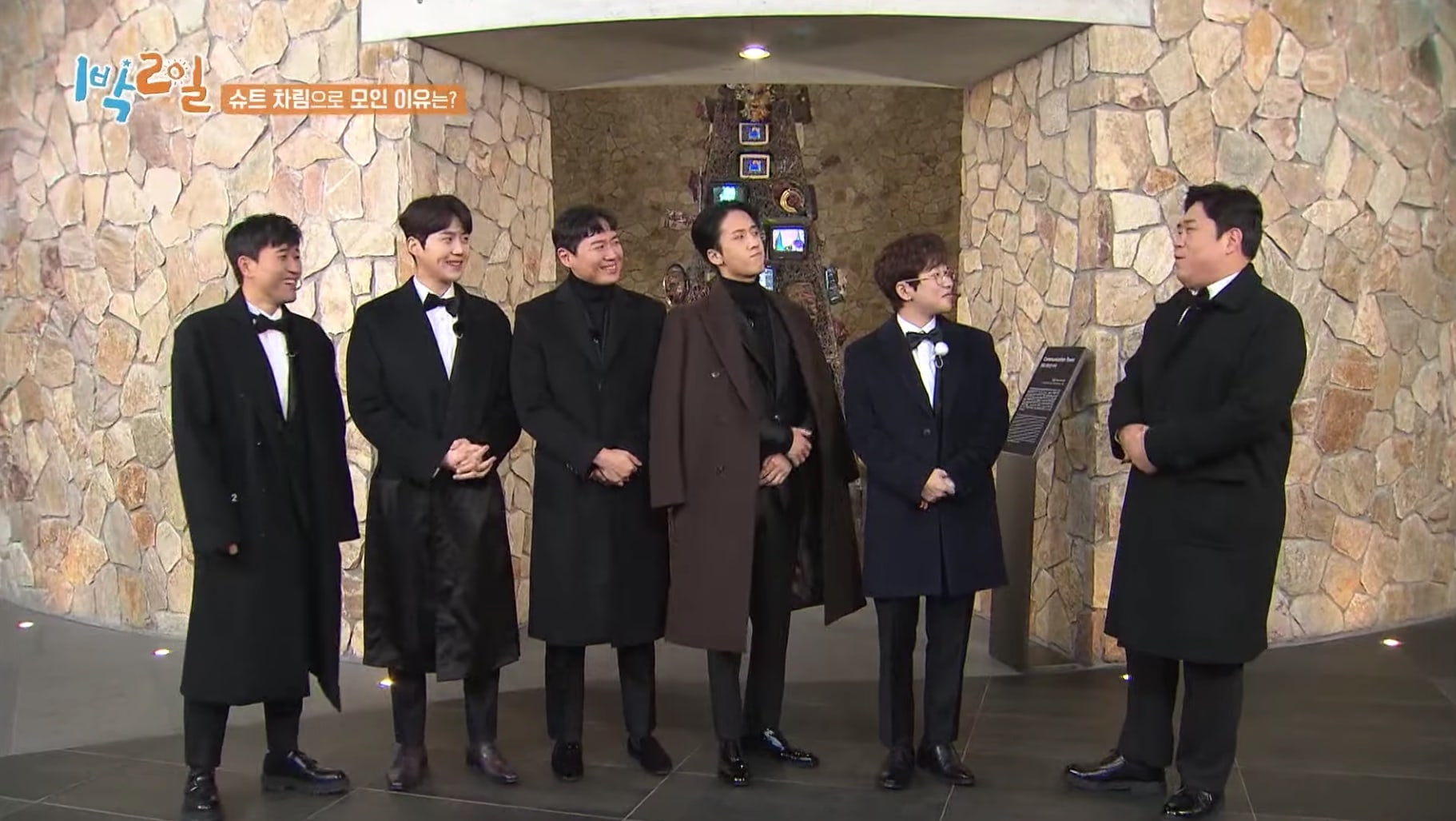 In this episode, the members dressed up in formal suits to shoot a new poster for the show. Although the members tried looking cool, they ended up cracking up in laughter after the cawing of a crow was heard in the background. The members then decided to go for a more lighthearted pose as best suited their cast image. 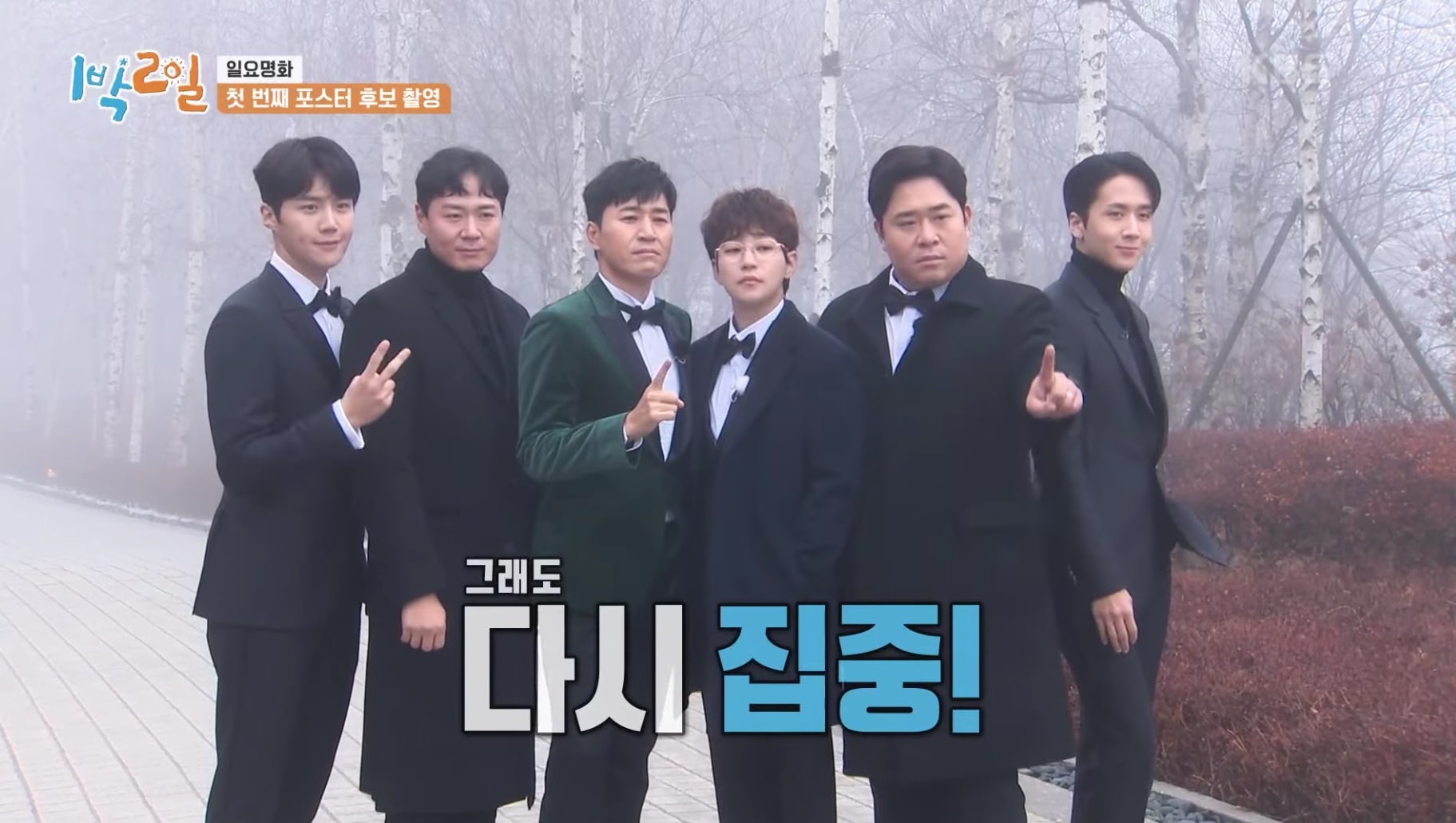 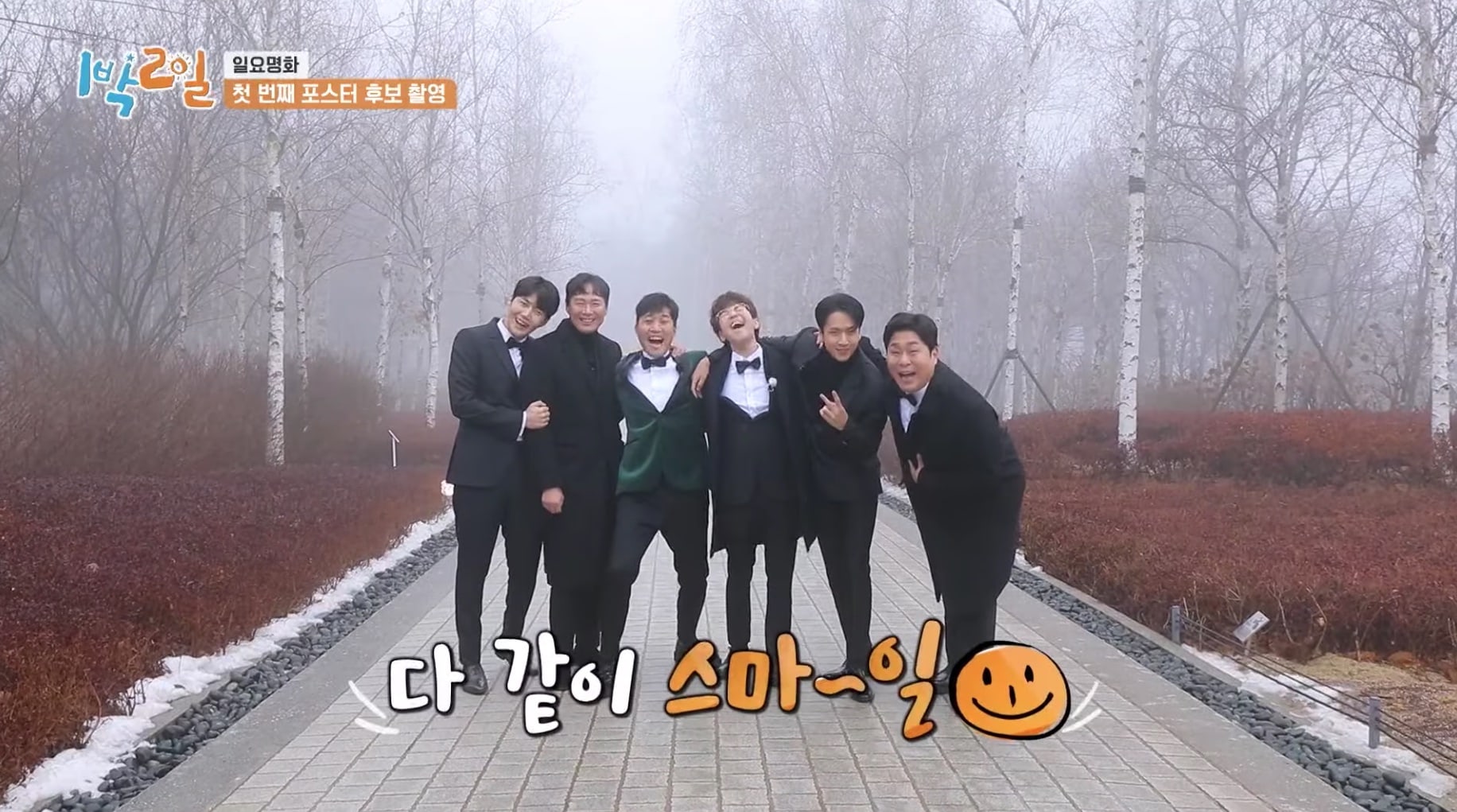 Afterward, the members wanted Kim Seon Ho to do a solo photo shoot in the style of a magazine pictorial (which he has done often recently). Kim Seon Ho tried doing cool poses but soon got embarrassed and said, “Do I have to do this? I can’t do this here.” Yeon Jung Hoon commented, “So this is what it looks like watching a pictorial from the outside.” 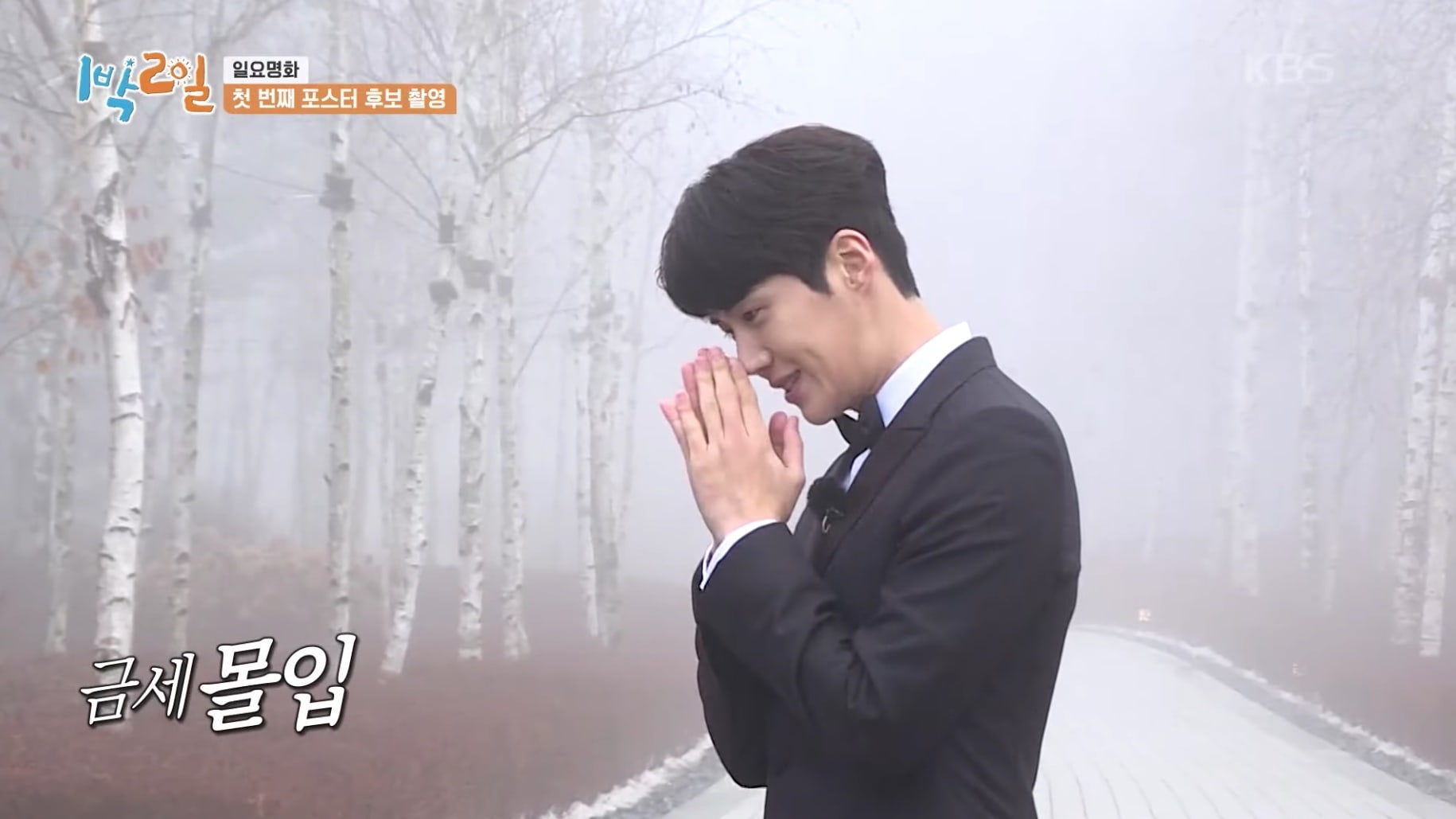 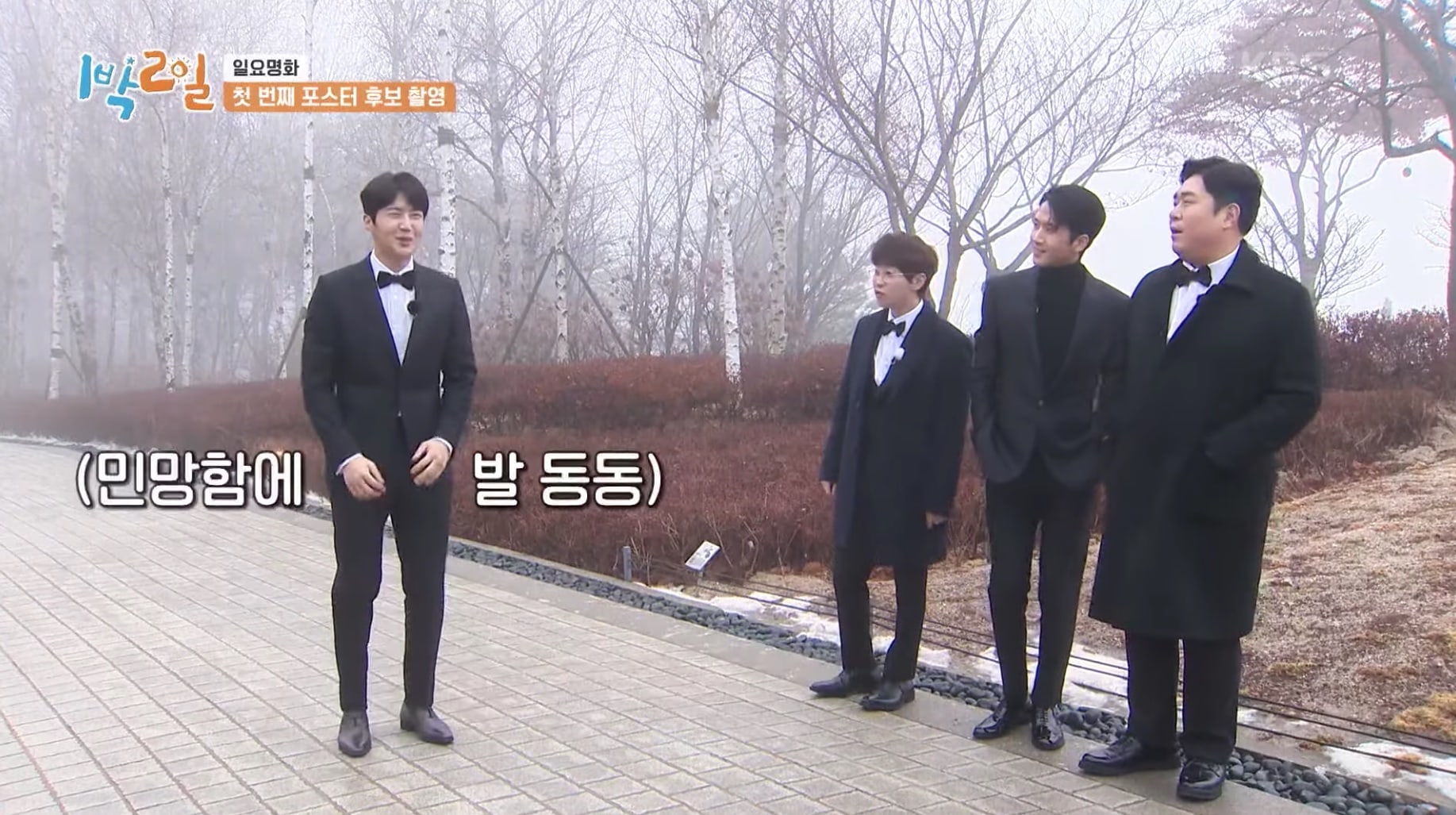 DinDin, overflowing with confidence, struck a pose and said, “Why can’t you do this?” Seeing his squatting pose, Ravi joked, “It looks like you’re taking a dump,” while Moon Se Yoon critiqued, “You look like my son when he was taking his graduation photo.” The members then joined DinDin in the photo and Moon Se Yoon added, “We look like troublemaker high school students who got back together after they got older.” 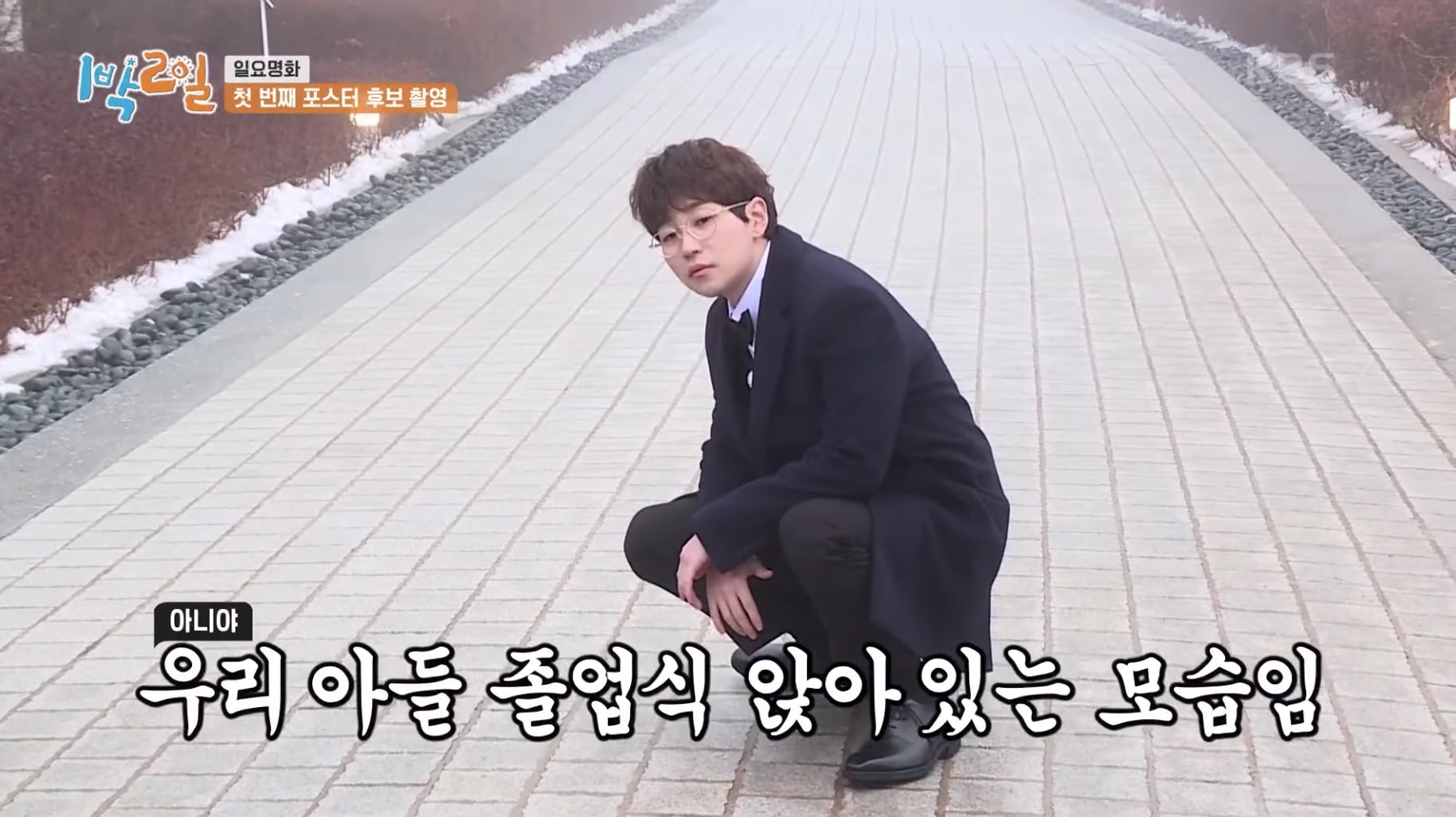 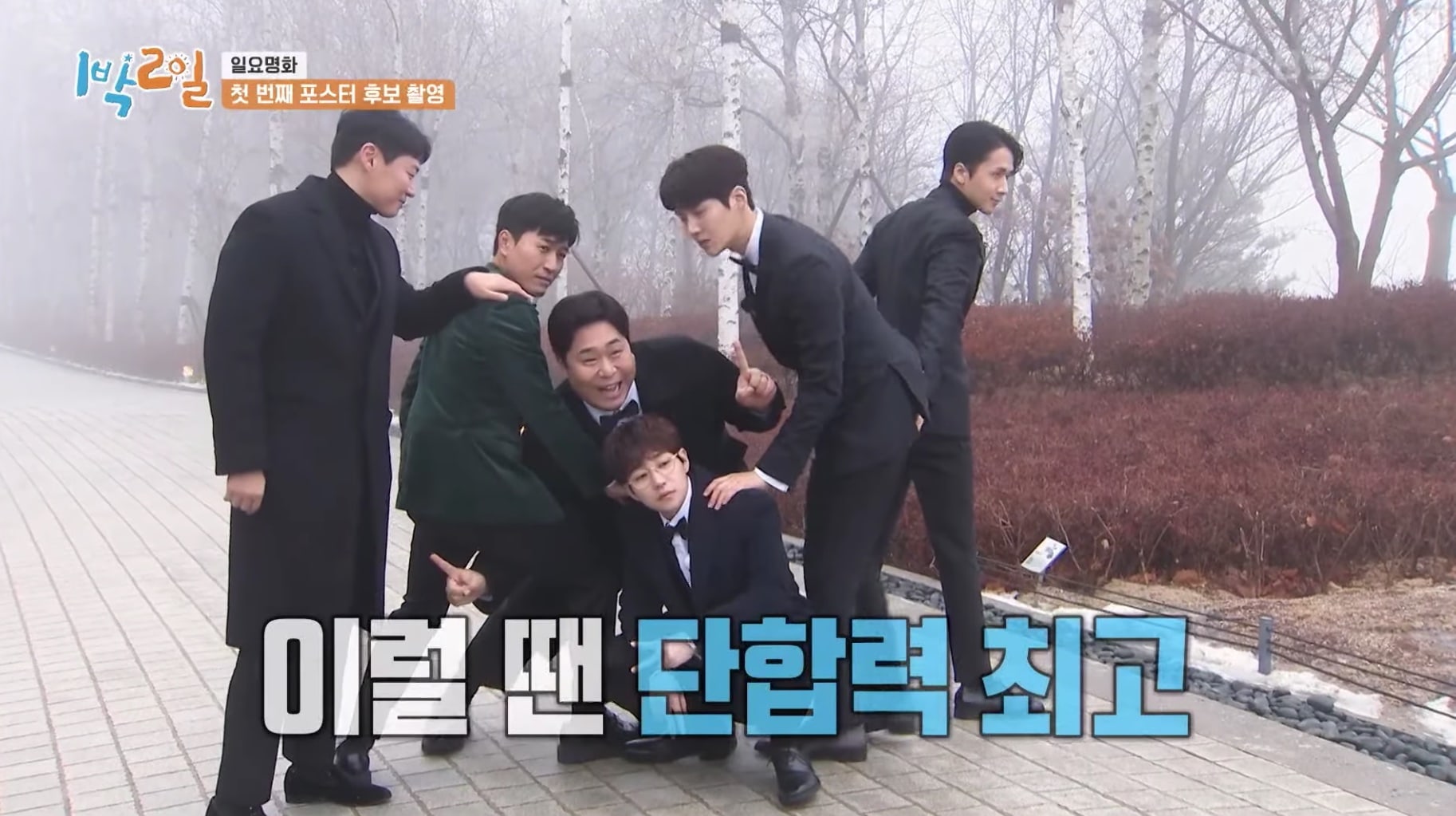