Minzy Discusses Her Income, The Possibility Of 2NE1 Reunion, And More

Minzy shared her thoughts on various topics, including 2NE1, difficulties being an idol, and which idol hoobae (junior) caught her eye.

On February 1, the singer guested on KBS Cool FM’s “Park Myung Soo’s Radio Show” and started off by talking about her agency.

In October of last year, Minzy set up her own agency. She said, “My father is the boss, and I’m the director.” She also added she’s running a dance academy with her dance teachers.

Park Myung Soo asked the radio show’s official question, which asks about the guest’s income. Minzy shared, “I make enough to buy a lot of delicious food for a friend and celebrate their birthday.” Then she added, “My father is surprised and smiles widely about 25 days a month. I’m at home for the other five days,” subtly indicating how much she earns.

Then Minzy talked about her fellow 2NE1 members. She said, “Park Bom is focusing on her diet. She’s very interested in her health. CL is recording music, and Sandara Park is busy doing variety shows.”

She mentioned the possibility of a 2NE1 reunion and commented, “We meet each other often. Our leader CL says ‘let’s try it’ and ‘what do you think?’ a lot. Park Bom and Sandara Park also want to reunite. Nothing has been proceeded in detail yet. We’re just at the stages of talking about doing something.”

Minzy also revealed the most difficult thing while being part of 2NE1 was not being able to eat properly. She explained, “Sandara Park is very skinny. If I take a picture with her, I look really big. I had to lose weight in order to appear similar in size to her. It was very hard.”

The singer shared a pre-debut story, saying, “Originally, the four of were preparing for our own solo debuts. But Teddy played ‘Pretty Boy’ for us. We recorded the song, and it came out great. Then he said we were going to debut as a group.” 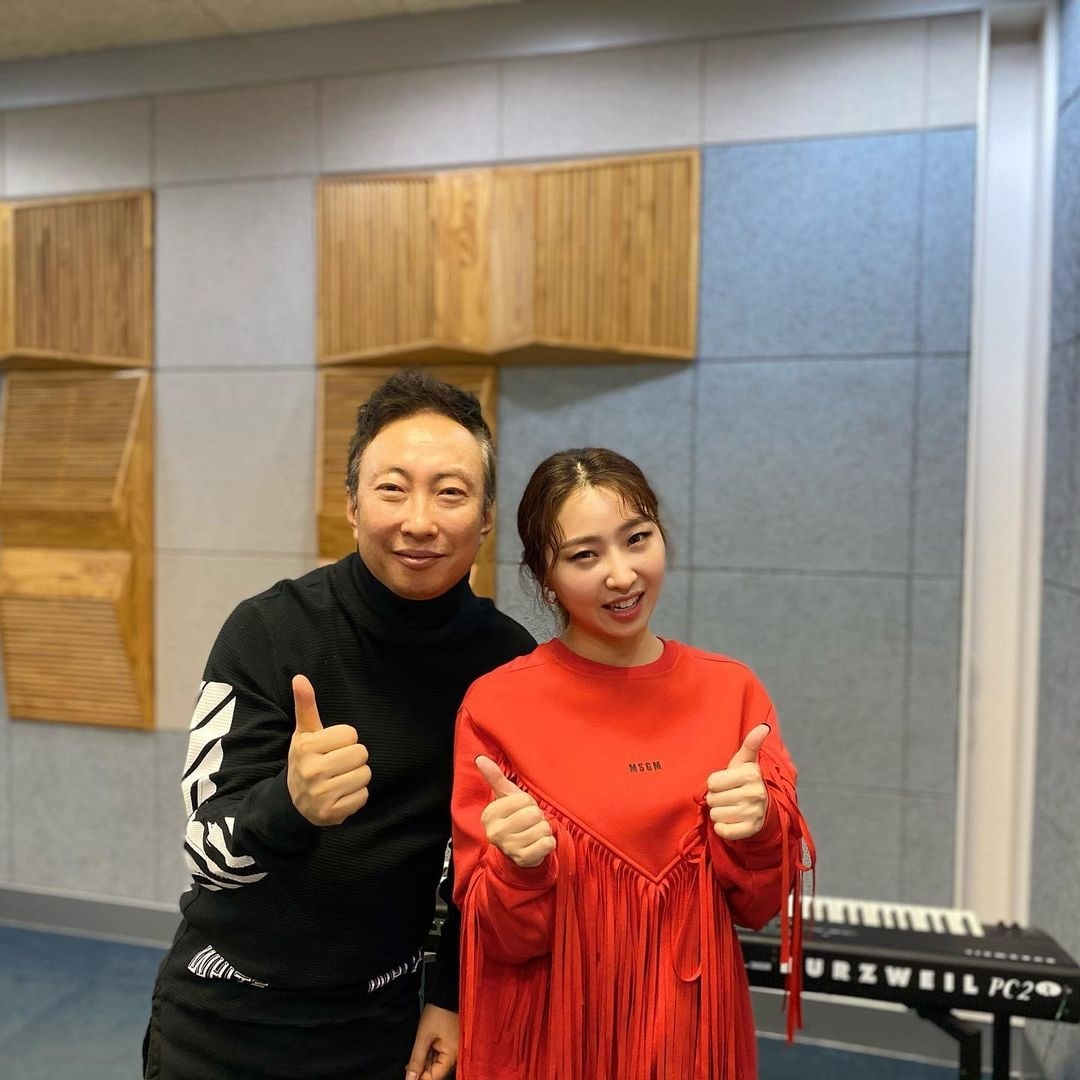 Minzy revealed she was once casted into SM Entertainment. She said, “They told me to hurry up and join them. I think I would’ve become a member of f(x).”

She also shared that BLACKPINK‘s “As If It’s Your Last” was 2NE1’s demo track. She explained, “We prepared the recording. However, we included other songs in the album, and that album was the one with ‘Come Back Home’ in it.”

Minzy picked BTS’s Jimin and Chungha as the junior colleagues she has her eyes on and praised how cool they were. Towards the end of the radio show, she said, “I’m preparing a new song. I recently signed a contract with an overseas record label that is in the Philippines. Sandara Park has a lot of friends there, so she supports me a lot.”