In 2018, the Korea Music Content Industry Association implemented a new certification system for album sales, song downloads, and online streaming. Starting with music released on or after January 1, 2018, Gaon Chart now certifies albums platinum once they reach 250,000 sales, while albums that have sold a million copies or more receive a “million” certification. 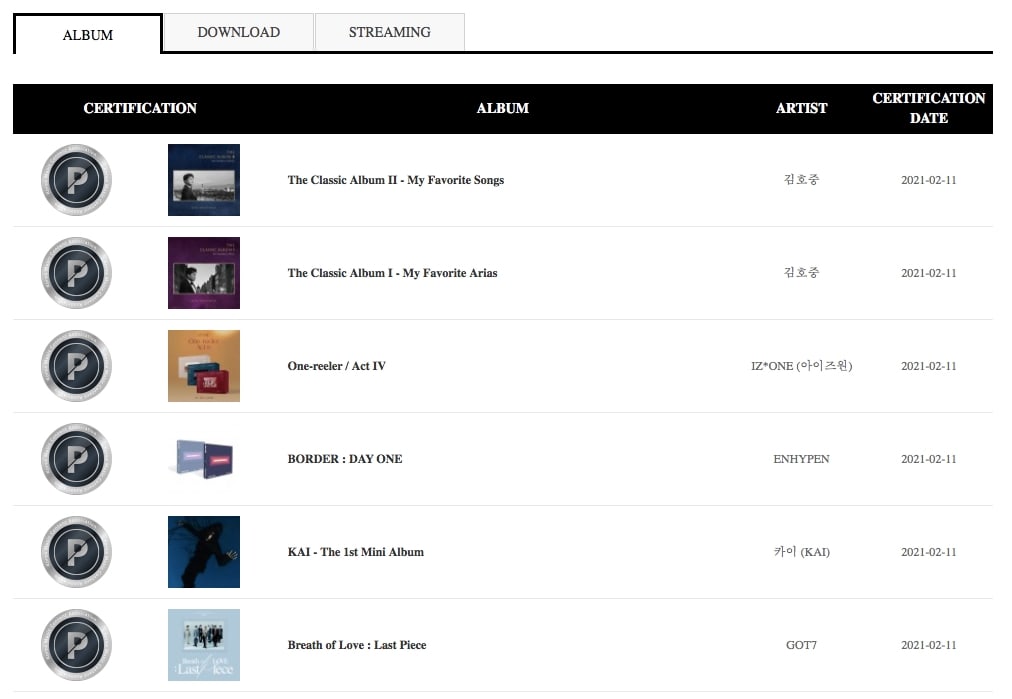 In the download category, TWICE’s “YES or YES” received a platinum certification after surpassing 2.5 million downloads.

Finally, both BTS’s “Dynamite” and Naomi Scott’s “Speechless” were certified platinum in the streaming category after reaching 100 million streams each.

Congratulations to all of the artists on their impressive achievements!