Hyun Bin Reflects On His Successful Career, Opens Up About His Personality, And More

Hyun Bin recently participated in a pictorial and interview for the latest issue of GQ Korea!

The actor sported various athletic outfits in the photos, which show off his coordination and strength. Hyun Bin commented that it was his first time using exercise equipment for a photo shoot. When asked what equipment he typically reaches for when he exercises, he replied, “Dumbbells. I enjoy working out my shoulders so I often use dumbbells for that purpose.”

He grew sheepish when the interviewer mentioned that people said his shoulders as wide as the Pacific Ocean. “Shoulder workouts are painful, but they’re that much more rewarding because of it.” 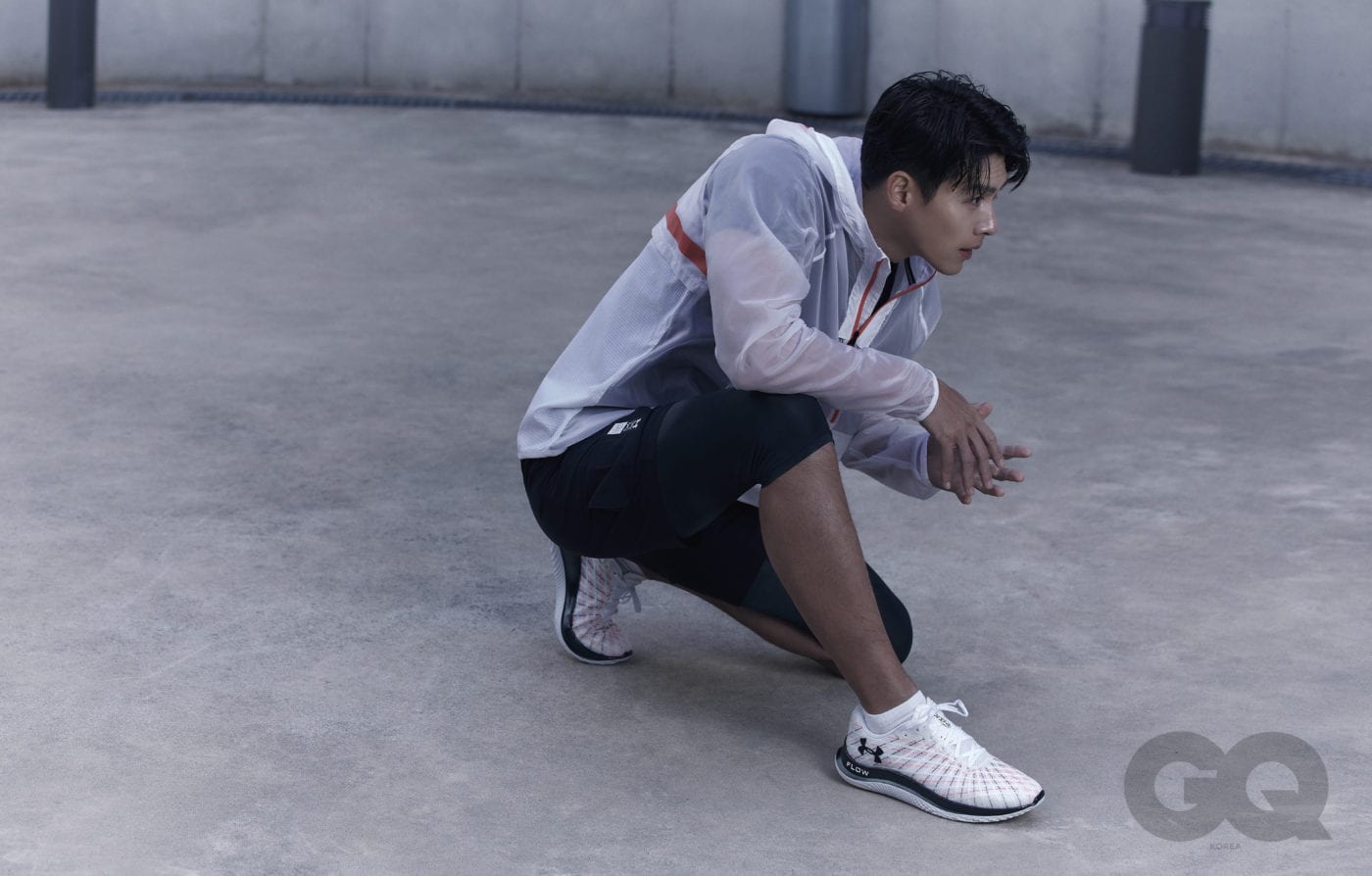 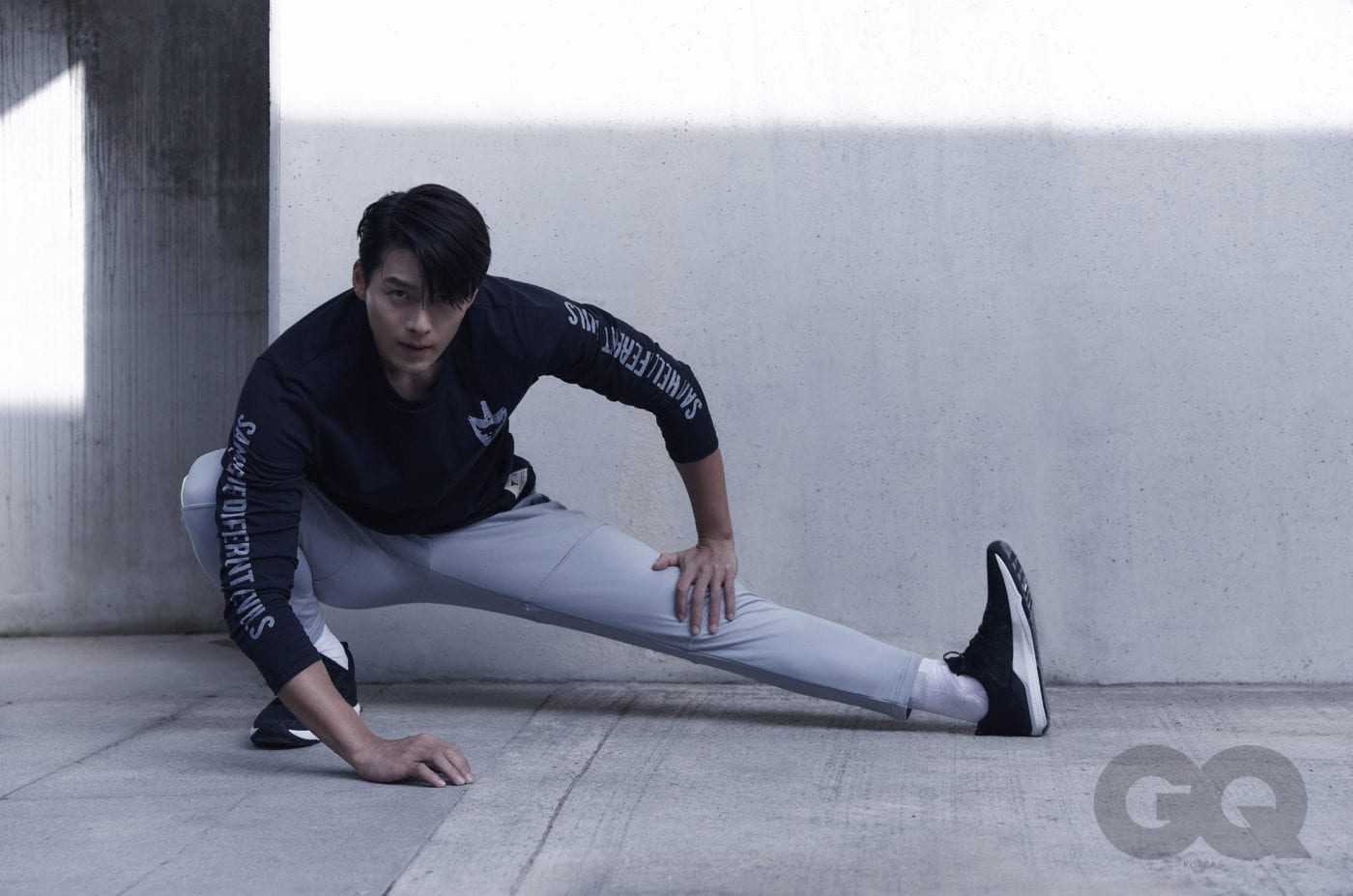 Hyun Bin is well known for his role in the hit drama “Crash Landing On You.” When asked how it felt to be at the center of attention, the actor replied, “It feels crazy. Since I can’t meet fans like I could before the COVID-19 outbreak, I express my feelings through handwritten letters. I feel the effects of it, but I also can’t quite wrap my head around it.”

Explaining why he treasures handwritten letters in the era of social media, Hyun Bin said, “When we’re in a situation where we can’t meet each other in person, handwritten letters are the best alternative to me. It’s an old-fashioned way of expressing your deepest feelings.”

In a previous interview with GQ, Hyun Bin was quoted as saying that his mid-thirties would be his prime. Following up with this declaration, Hyun Bin shared, “I must have thought that there would be some big change when I turned 30. Now that I’ve spent years with a 3 in the front of my age, there’s really not much that has changed.”

Hyun Bin conceded that he did become more open-minded and laid-back in his work, noting that he is now more able to readily accept whatever situation is thrown his way. He also shared that he attempts to keep everything in his life, including his emotions, steady. 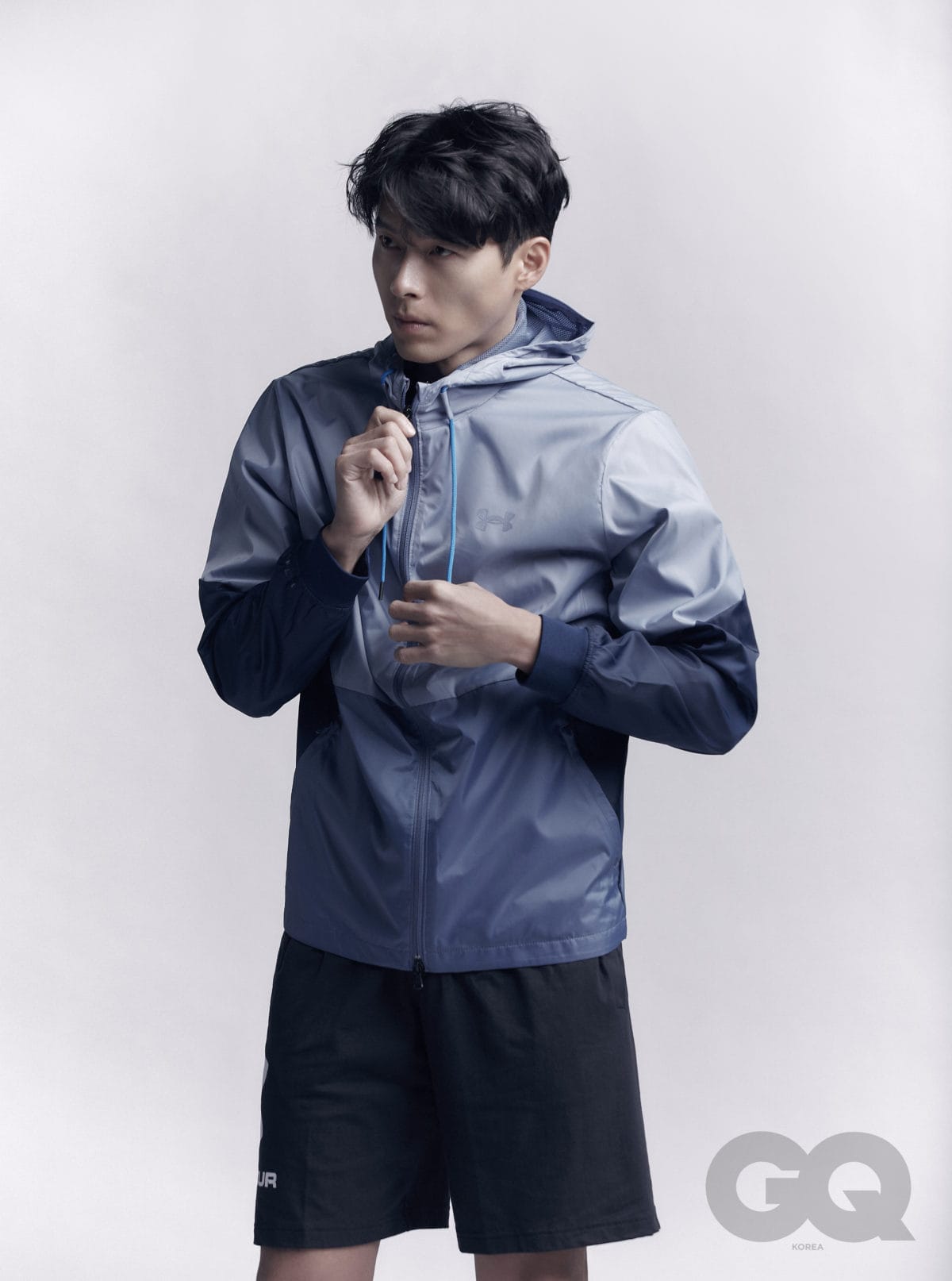 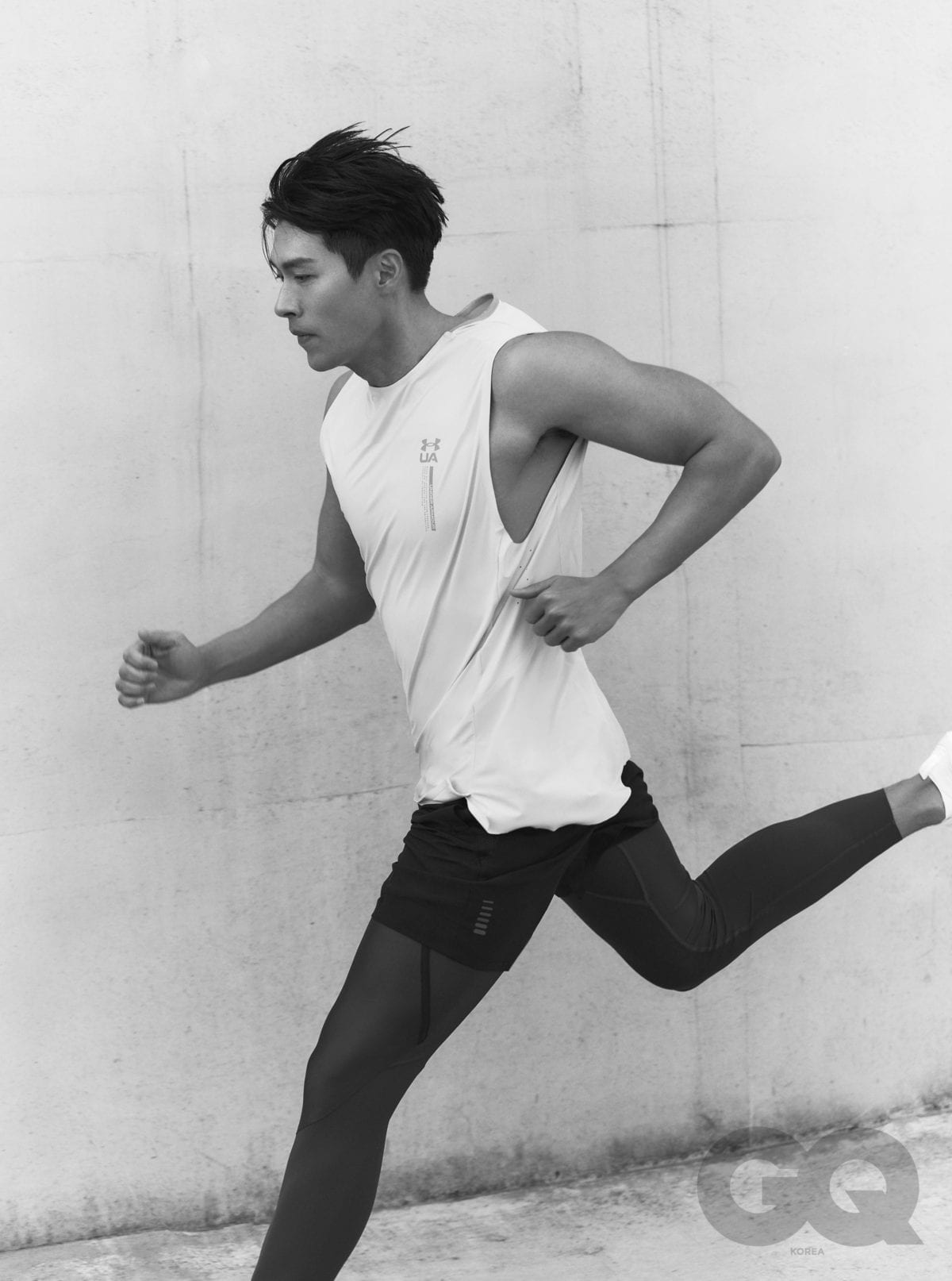 Hyun Bin’s filmography is proof of his desire to not be swayed by fame or money, having taken part in the low-budget film “I Am Happy” and appearing in “Come Rain, Come Shine” despite not being guaranteed pay. “I’m really curious about new things, and I’m open to challenges,” he explained. “Even if I have plenty of curiosity, it wouldn’t come to fruition if there were no opportunities. Those chances found me at a favorable time, so I think I just took my shots.”

Pondering over whether or not he truly poured his all into his career, Hyun Bin mused, “If I went back in time with the mindset I have now the productions I take part in could change, since it depends on when I read the script. The inspiration you get from a book changes depending on when you read it, right? I think that I made what I thought were the best choices for me at that time.” 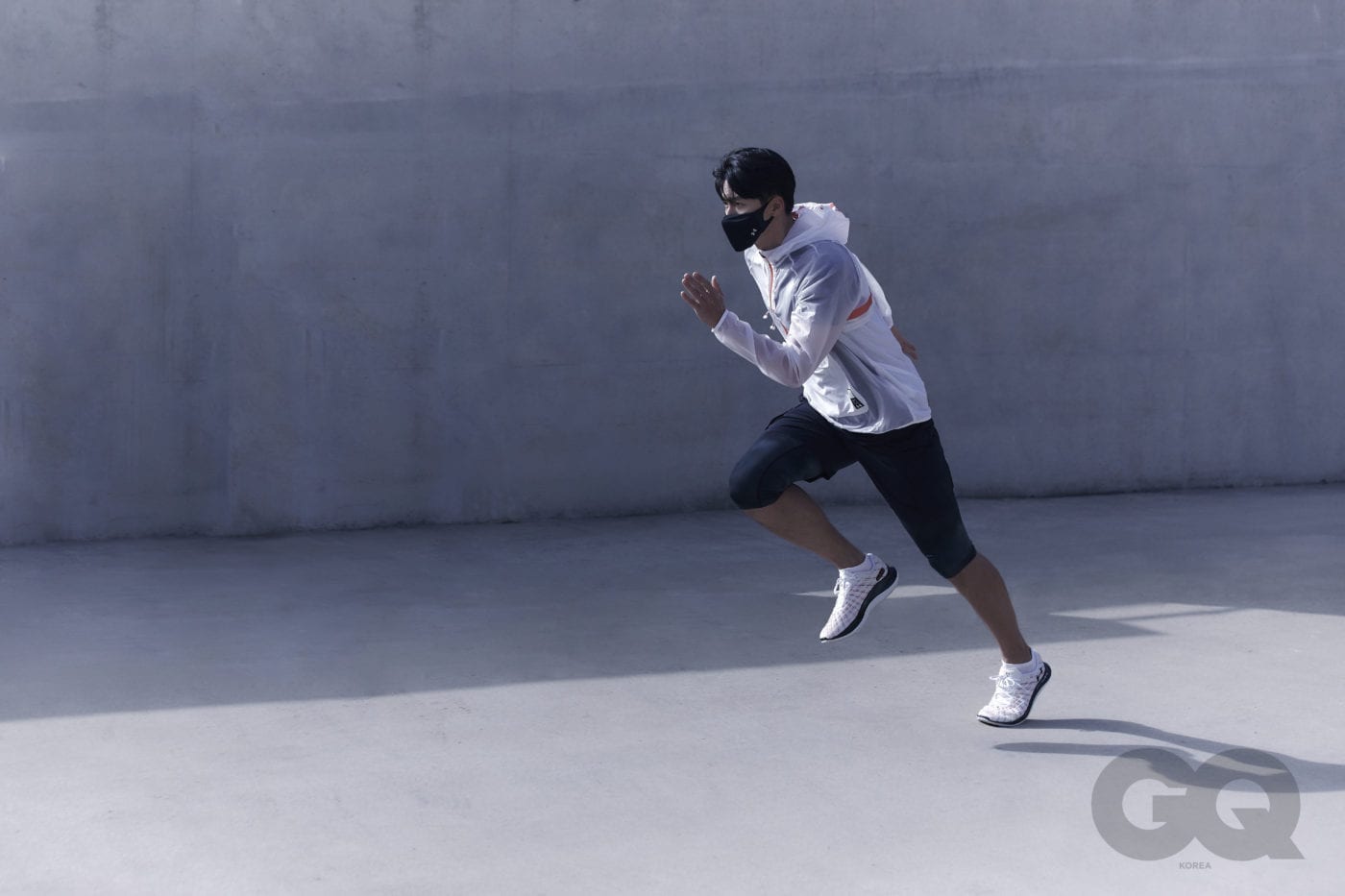 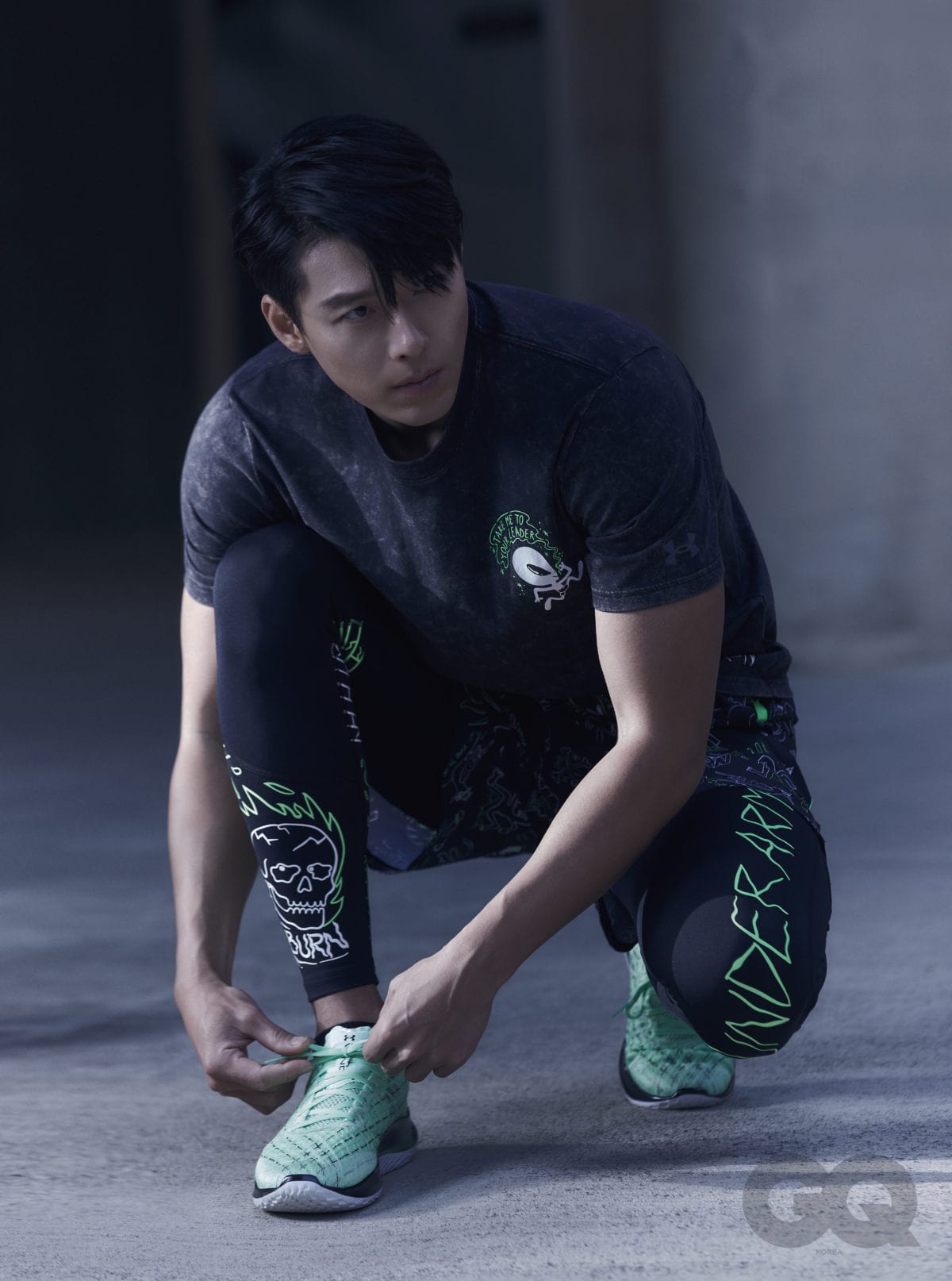 Hyun Bin is set to star in the upcoming sequel for the 2017 film “Confidential Assignment” as the North Korean detective Rim Chul Ryung. He contemplated about how much he should alter his character for the sequel, noting that viewers might find him boring if his portrayal remains too similar to that of the previous film.

When the interviewer asked him what would happen if Rim Chul Ryung came to South Korea and met Yoon Se Ri (Son Ye Jin) of “Crash Landing On You,” Hyun Bin laughed as he answered, “That can’t happen! Chul Ryung needs to meet Min Young (Yoona), and Jung Hyuk needs to meet Se Ri.”

Hyun Bin then pictured what would happen if Rim Chul Ryung met Ri Jung Hyuk. “If it were those two, they would probably get close and cooperate with each other. I think Jung Hyuk would initiate it first, since he’s a character made when I was a bit older. He would probably be more open and understanding.” 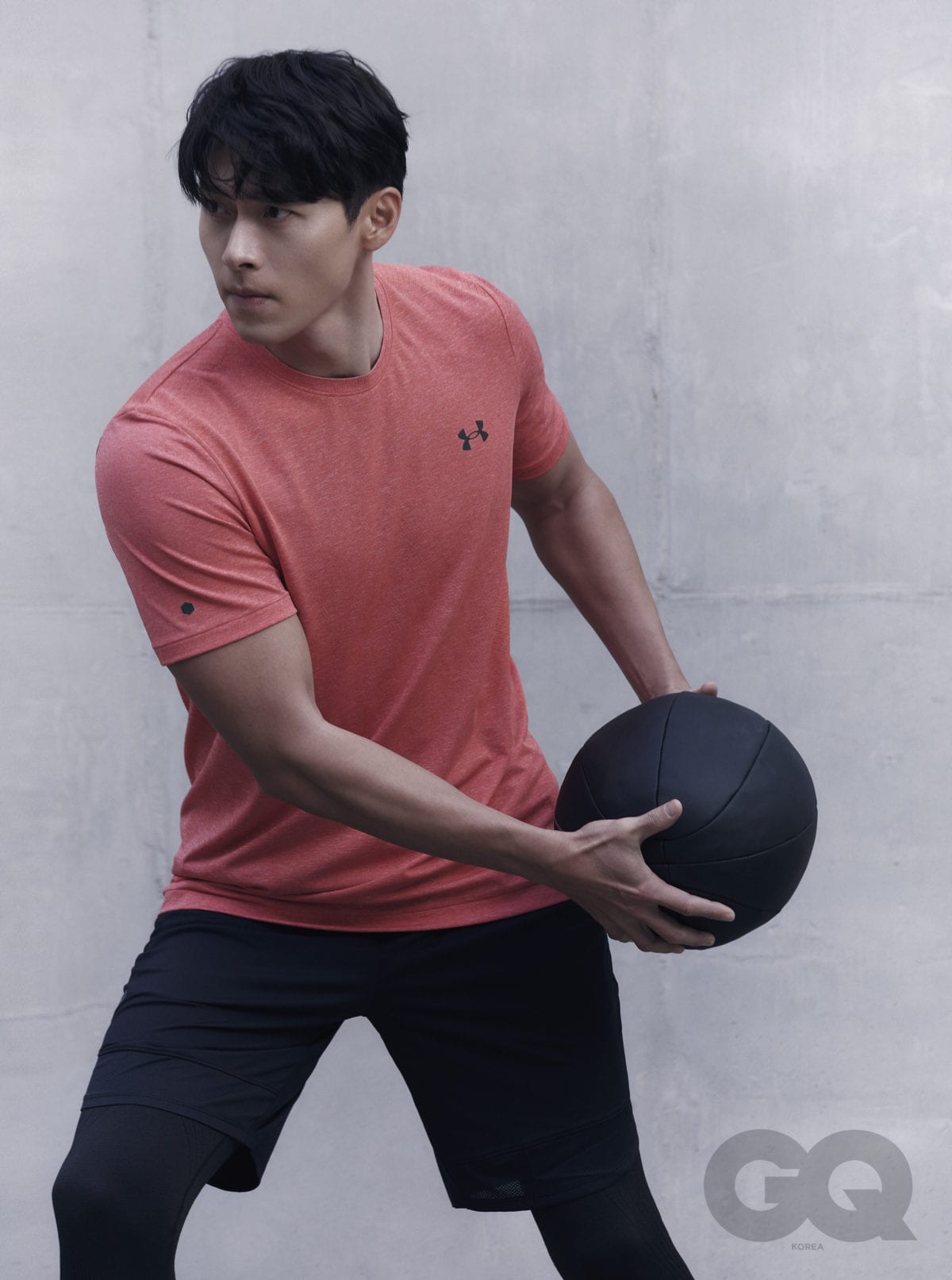 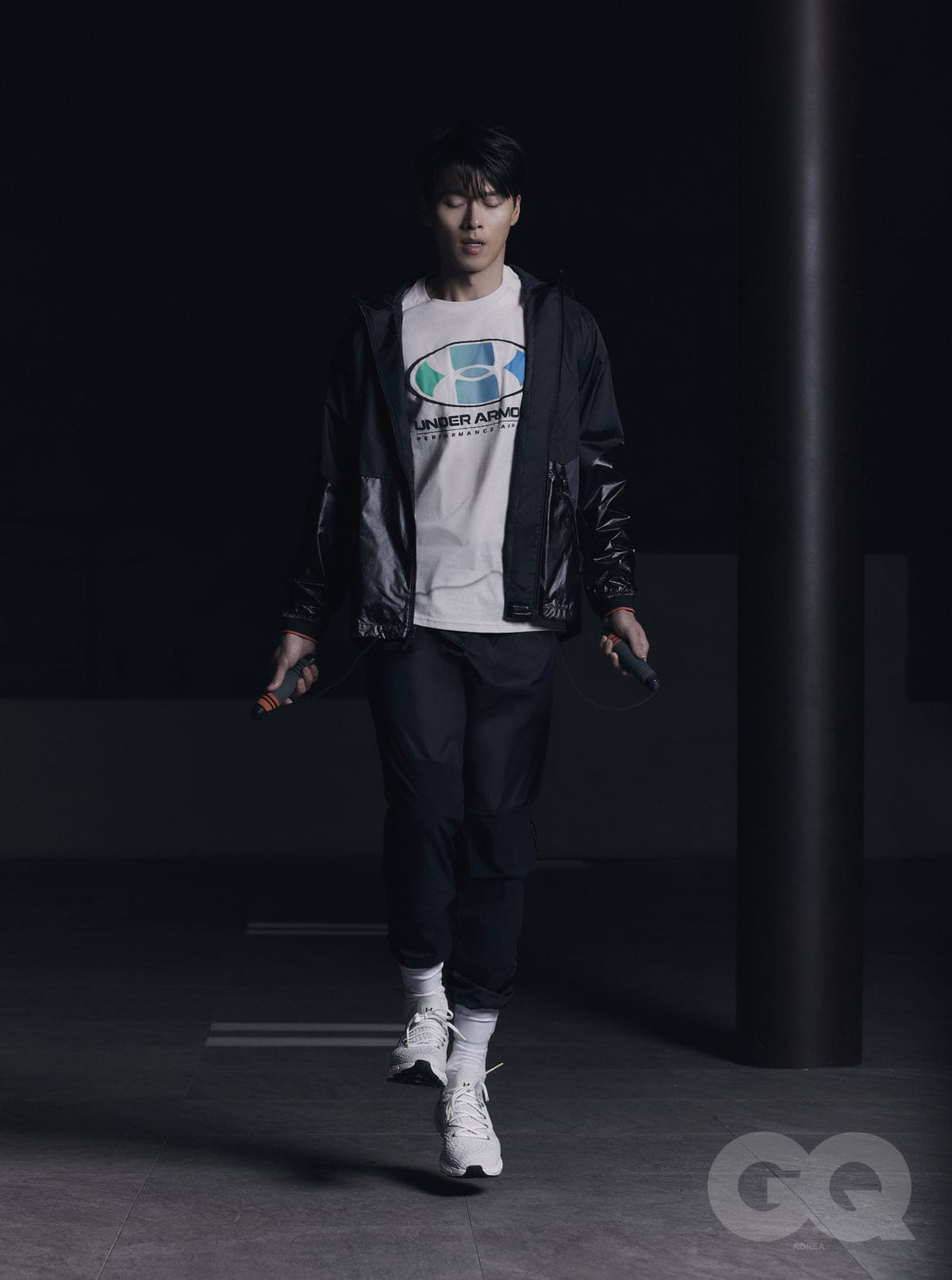 Hyun Bin said that he valued sincerity most as an actor. “When I feel satisfied while monitoring my scenes, I wonder if I’m fooling myself. I wonder if I’m just okaying what I see because they’re expressions that I’m used to. I wonder if what I’m feeling is real. It’s a continuous worry.”

Despite being under the public eye for so long and having to live up to the expectations of many, Hyun Bin revealed that he doesn’t want to try out a different route. “My personality is such that I don’t do things that I’ll regret, so I’ve just kept plodding down the path I was given. I didn’t overcome anything, I just walked.”

Describing how he overcomes difficult situations, Hyun Bin said, “I think to myself, ‘This, too, shall pass.’ When it comes to relationships, I think, ‘People are like that sometimes.’ In terms of my work, I hang on with the thought, ‘This will only happen once in my entire life.'” 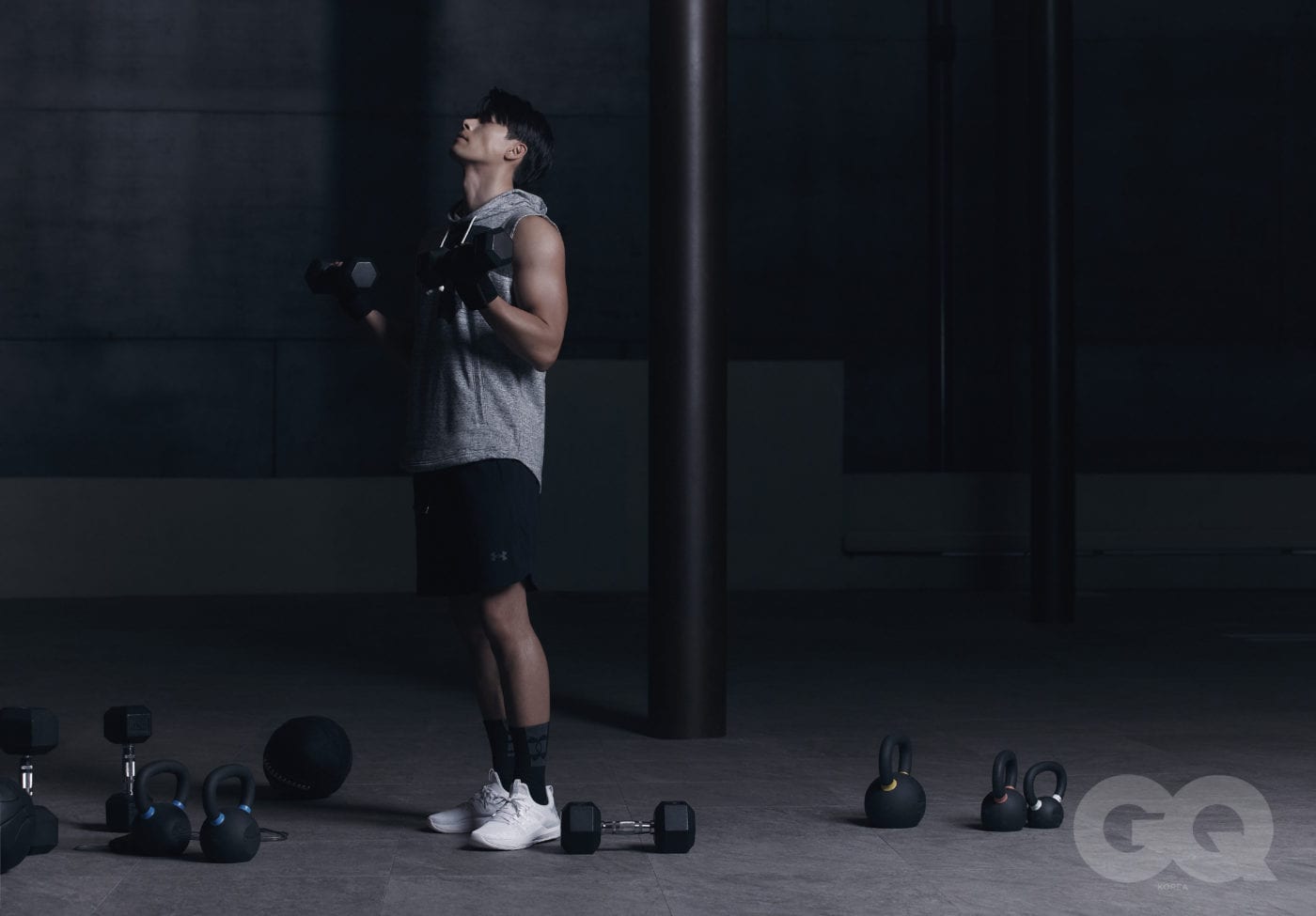 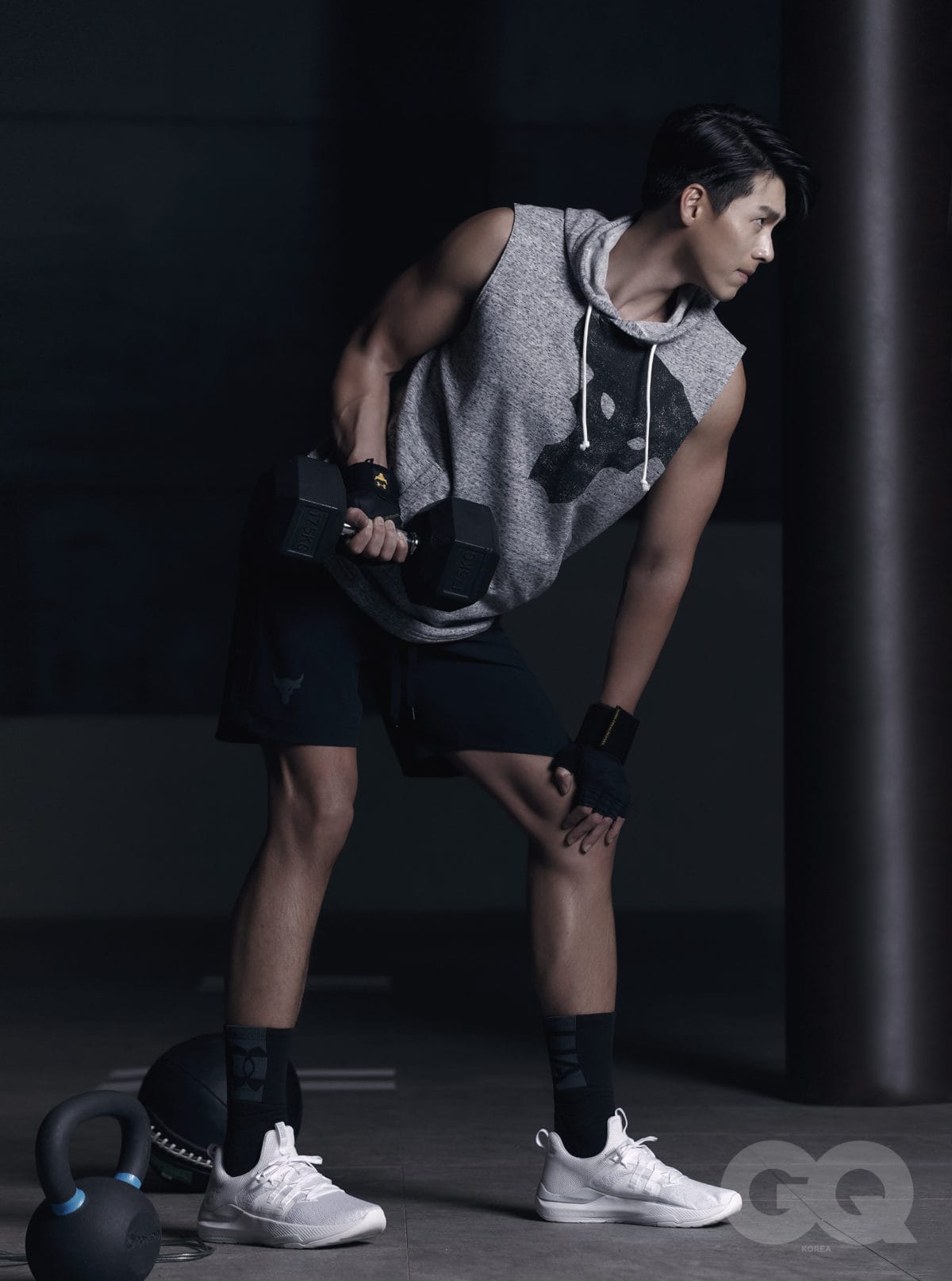 Asked to come up with a title describing the book of his life from his acting debut in 2003 up until now, Hyun Bin said, “Wow, this is difficult. If I were to aim big, I would say, “Appetizer”! If I were to consider my age, I would say, ‘Act 1 of 3.'”

Hyun Bin explained that he came up with “Appetizer” because the main course hasn’t yet arrived. He added, “I should attach a subtitle. ‘When I’m Dreaming Big, Appetizer!'”

Finishing up the interview, Hyun Bin described his goals for 2021. “‘The Point Men’ is in the later stages of production. Although it’s not something I can achieve myself, I want to overcome COVID-19 and greet everyone on stage with ‘The Point Men.’ I really want to.”

Check out Hyun Bin in the film “Rampant” on Viki below:

Hyun Bin
GQ Korea
How does this article make you feel?