Starting on April 17 at 3 p.m. KST, BTS will be streaming several of their past concerts online for free on their official BANGTANTV YouTube channel here.

Check out the detailed schedule for the event below! 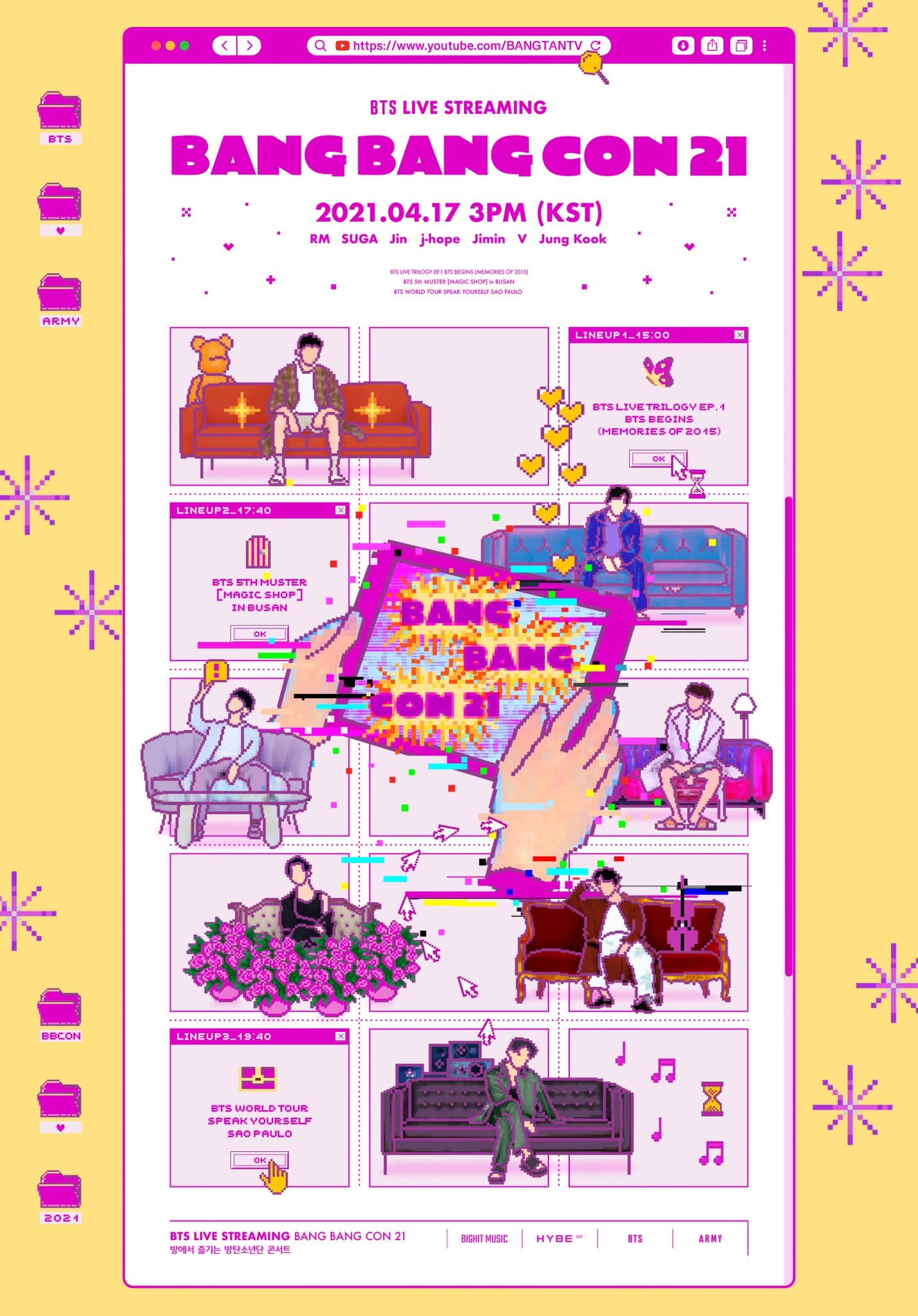 BTS is returning with an exciting new “BANG BANG CON” for 2021!

On April 11 at midnight KST, BTS surprised fans by officially announcing that they would be holding their “BANG BANG CON 2021” next week. The upcoming concert event will take place on April 17 at 3 p.m. KST.

In addition to unveiling a colorful teaser for “BANG BANG CON 2021,” BTS teased on Twitter, “Knock knock, is this ARMY’s room?” before adding in the hashtags, “BANG BANG CON 21,” “It’s already been a year,” “Just like April of last year,” and “BTS’s concert that you can enjoy in your room.”

Are you excited for this year’s “BANG BANG CON”? Stay tuned for more details! 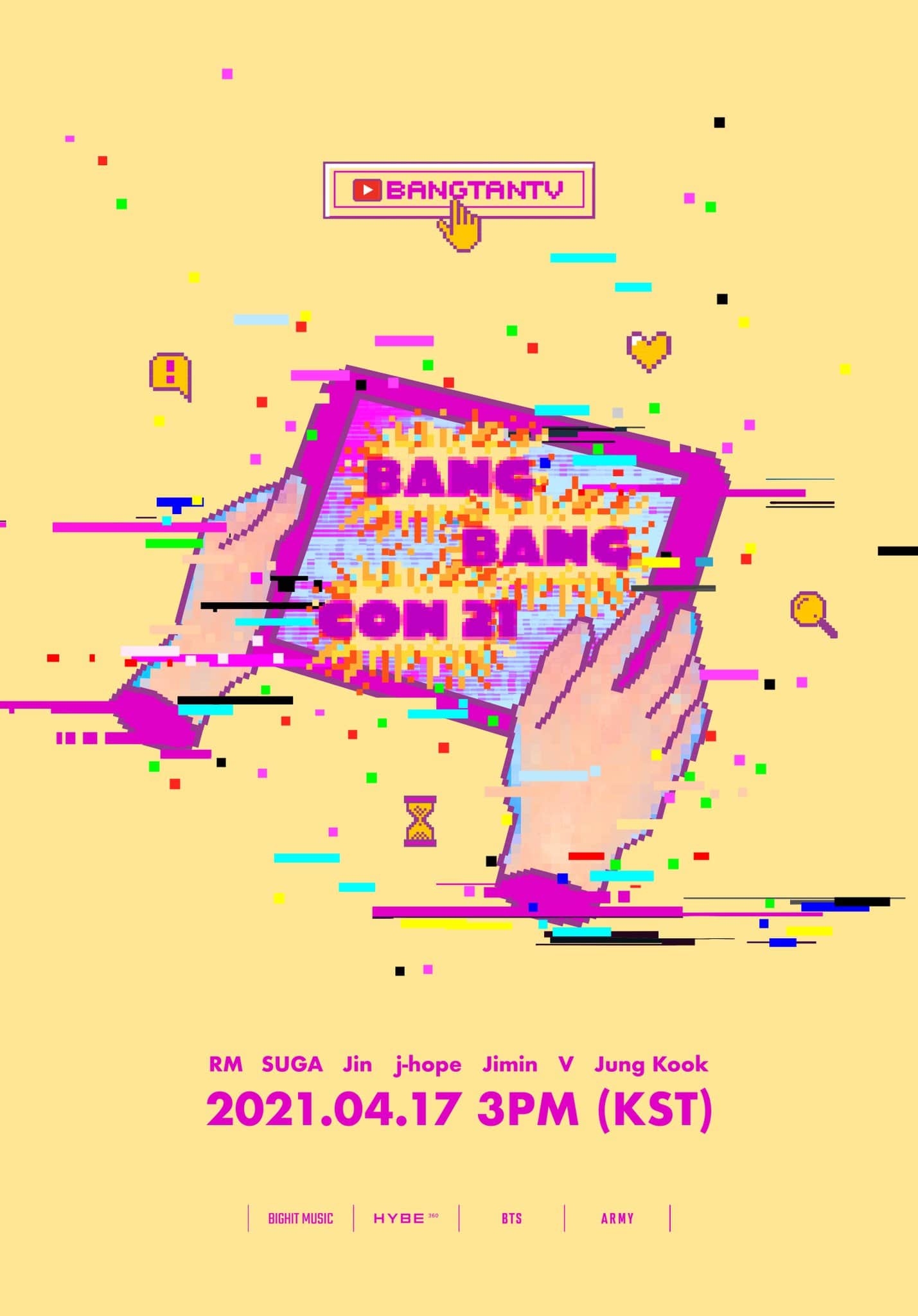