Song Kang is relatively new in the K-drama scene, with his first-ever supporting role in 2017. But nowadays, he’s the talk of the town because of his undeniable charisma and versatility in acting. He captured the attention of audiences from all over the world not only because of his disarmingly good looks, but also for his ability to stand out in K-dramas no matter how small or big his role is. Here are some reasons why Song Kang should be on your radar as one of the actors who just might be the next biggest K-drama king!

He’s both a hard worker and a natural when it comes to acting.

Acting takes hard work and intense study, which Song Kang had to accomplish when he was preparing to officially debut. According to the actor, he is able to embody the roles by finding ways to relate to the characters, and most of the time, his roles match his personality. At the same time, he works hard to internalize his characters. He says in an interview, “Of course, gaining knowledge or experience is the most important thing to actors. Because my personality is like this, I might be lacking in experience compared to other actors my age, but I also might be able to portray certain characters best with this nature of mine. That’s why I don’t try to fix my natural personality.”

He doesn’t just stop at understanding the inner workings of his character’s personalities. Even after a drama, he puts himself in the shoes of the viewer and diligently monitors his acting while still maintaining his off-screen life. He shares in another interview his methods during the filming of “Sweet Home”: “I’m always thinking about whether there were any parts I didn’t act out well or whether I conveyed the emotions well… It was such an amazing set that I would arrive 20 to 30 minutes earlier and just sit there, letting myself slip into the story.”

He stands out from the rest and is becoming a Netflix favorite!

When he auditioned for the role in “Love Alarm,” he beat 900 people to play the role of Sun Oh, a popular, handsome high school student who falls in love with a girl that his best friend likes. The Netflix series became one of the top releases of 2019, and because of the fans’ enthusiasm, it was renewed for another season. It was reported that it was the most popular drama series in over 10 countries around the world and entered the top 10 list in the U.S., which is quite an accomplishment because it’s a first for a Korean drama, beating out other K-dramas showing in the platform. In fact, the drama’s director, Lee Eung Bok, was so impressed with Song Kang that he urged him to audition for the drama “Sweet Home,” which was another big hit among international fans.

With his growing success locally while reaching wider audiences through Netflix, he could give Noah Centineo a run for his money! 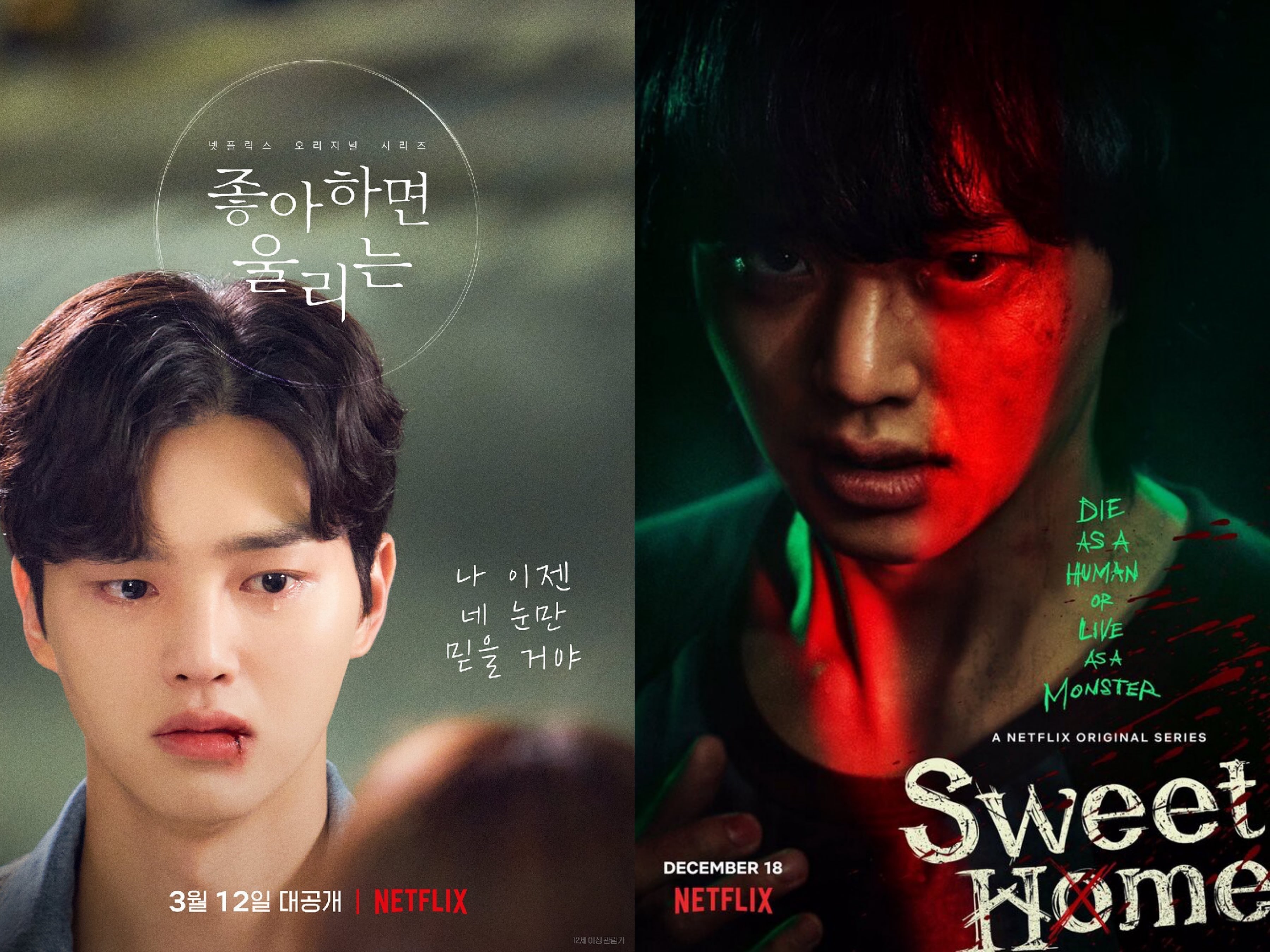 He is a promising dancer.

In “Navillera,” Song Kang plays a gifted ballet dancer whose circumstances hinder him from fully pursuing his dreams. But through his dedication to his craft, he is taken as a protege by a famous ballet dancer who mentors him to becoming a professional dancer. He meets an old man also aspiring to be a dancer, which inspires and ignites his love for ballet even more. While ballet is a whole other industry that requires intense and several years of training, Song Kang didn’t let that stop him from portraying the role. He actually learned ballet prior to starring in the drama and continues to take lessons in between and after shooting. Critics noted his gracefulness and athleticism as an actor who plays a ballet dancer, but Song Kang remains modest. He admits in an interview that he is always willing to put in the extra work, especially since this project is special. “I’m fine with cutting down on my sleep time if it means I can be part of another great project.”

He can play any character.

Similar to the reasons stated above, he displays a wide range of emotions and skills to portray different types of roles. He doesn’t let his good looks get him typecast in cliched characters. Whether he’s playing a rich, arrogant young man, a troubled, suicidal high school student, or a poor aspiring ballet dancer, you can expect him to play his characters well. We’ve seen him in family, youth, romance, to experimental thriller dramas, and we can’t wait to see what role he takes up next! 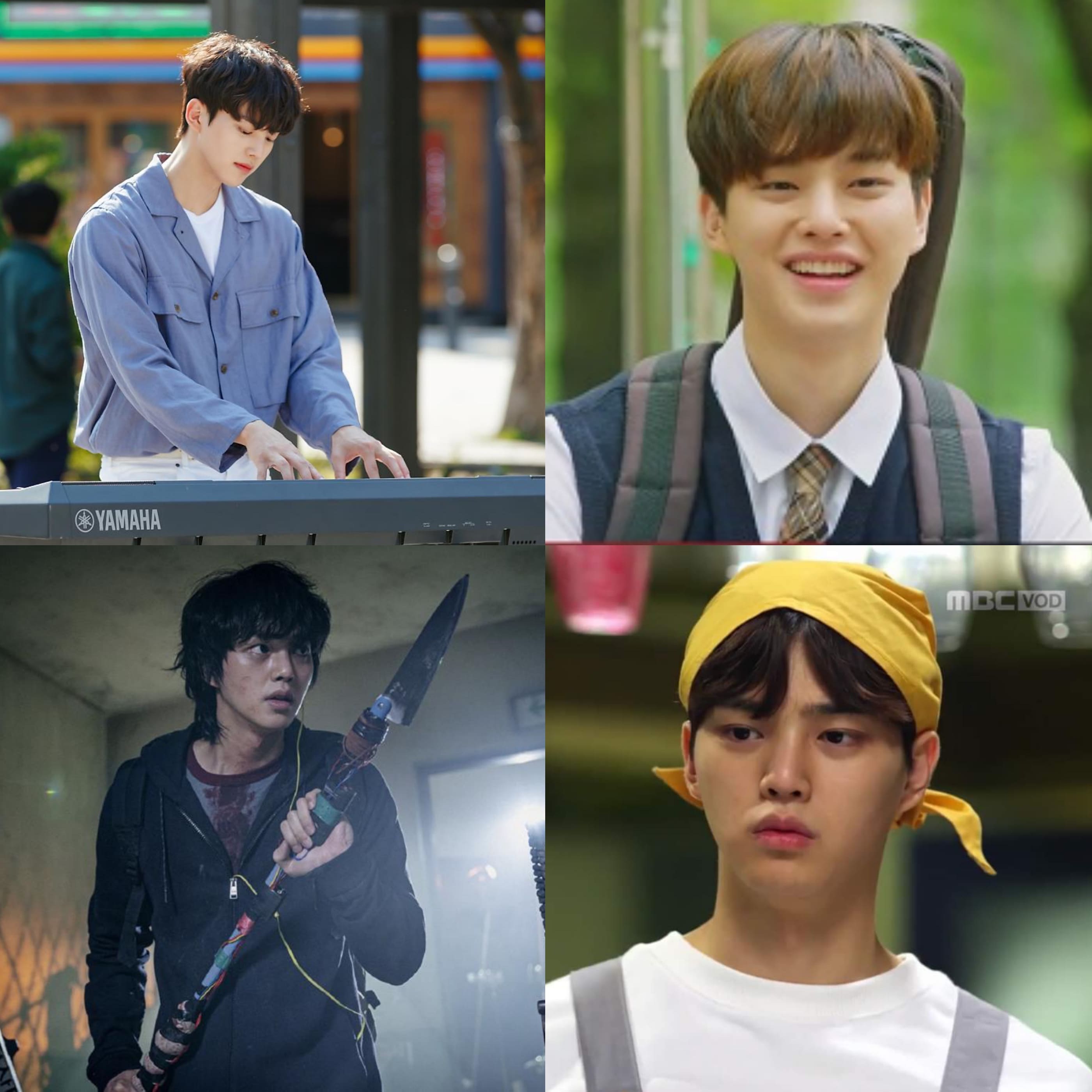 Catch his amazing acting in this clip from “When the Devil Calls Your Name“:

He forms genuine chemistry with his co-stars.

His ability to create good chemistry doesn’t just apply to romantic partners in K-dramas. Of course, everybody swooned from his heart-thumping scenes with Kim So Hyun in “Love Alarm,” but in the drama “Navillera,” he gives off a heartwarming vibe with senior actor Park In Hwan. A relatively rookie actor would understandably feel the pressure of acting alongside an actor who is well-loved and respected in Korea for decades, but Song Kang was able to hold his own weight. He admits, “There are times when I feel afraid or self-conscious because of all the overwhelming anticipation, but I want to keep going. Since I want to do a good job, I’m going to center myself and move forward.” But because of the senior actors’ welcoming presence and his passion to do his best, Song Kang fit in harmoniously with the cast. 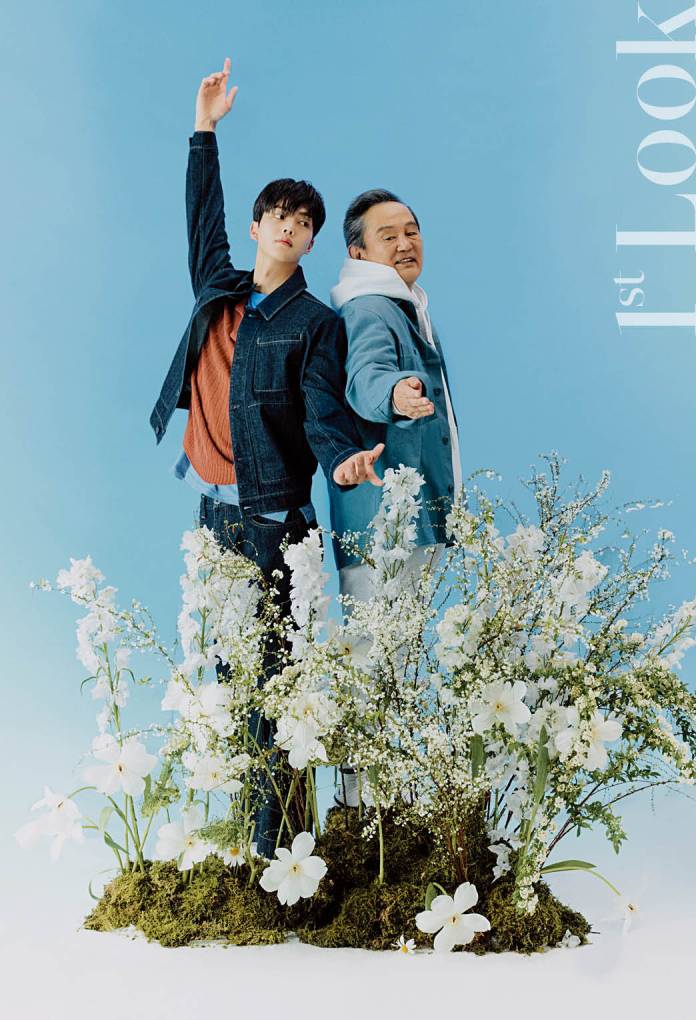 He has the duality of a boyish and manly charm.

It seems like he has everything: a muscular physique and deep voice plus a baby face that fans can’t get enough of! 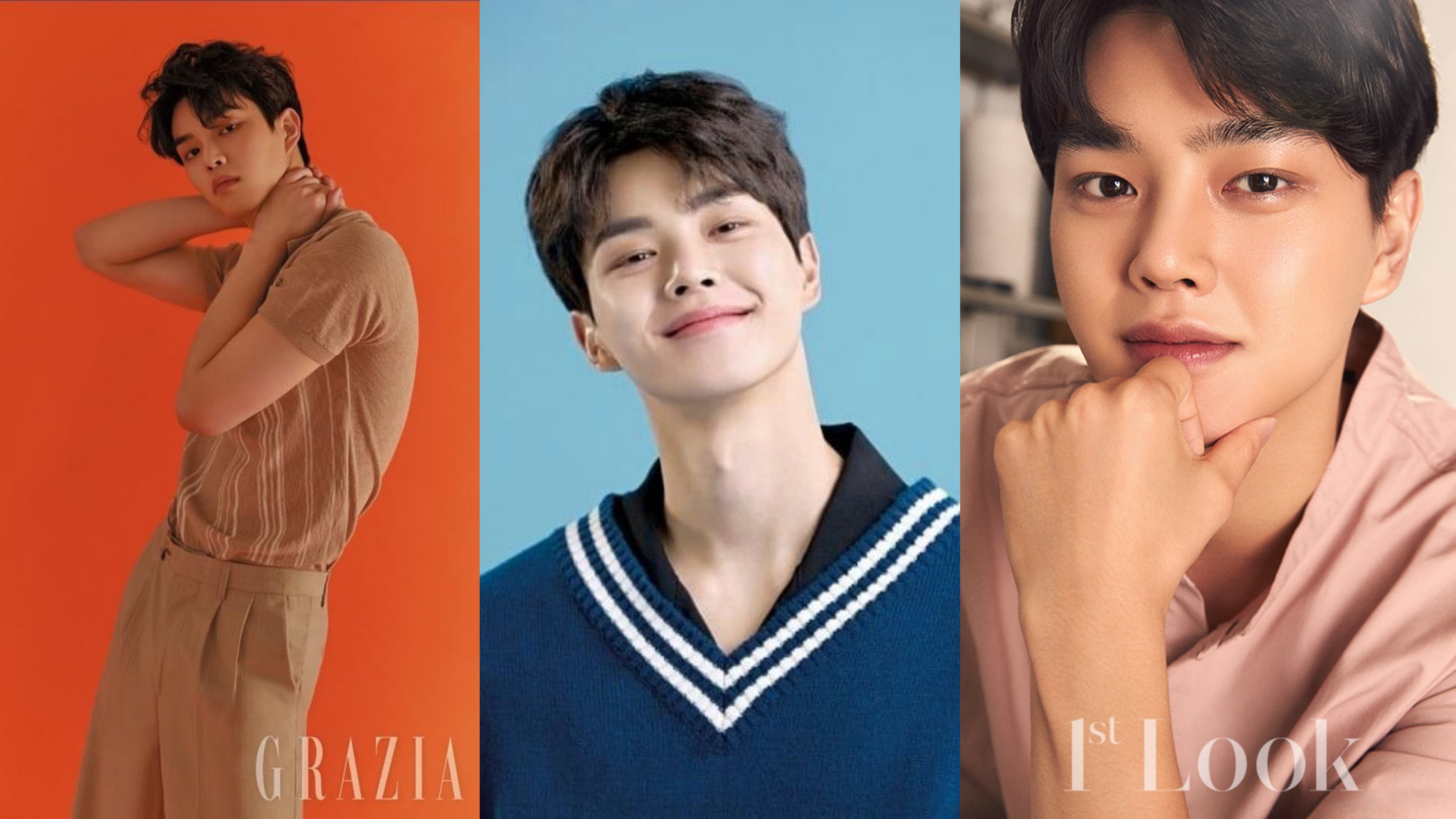 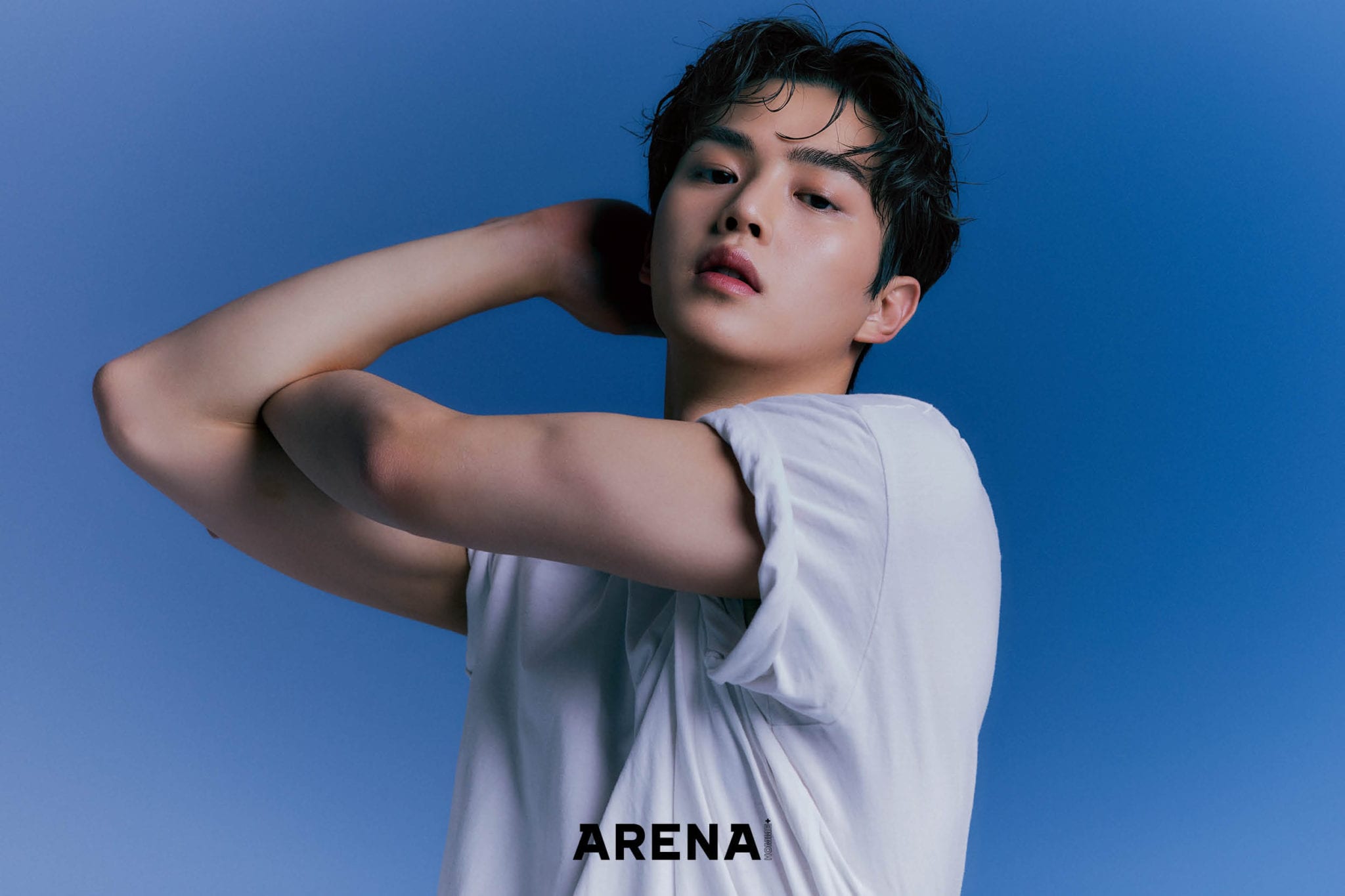 Song Kang didn’t expect his popularity on social media to rise after “Love Alarm,” especially among international fans. He says in an interview, “I was dazed by it. I realized how popular the show was when I received so many comments in different languages about the second season. I resolved that I should work harder from now on.” As of writing, he has a total of 6.9M followers on Instagram!

Brands are naturally drawn to his popularity and good image, which led him to become the model for a variety of products. From fashion, soda, and even cosmetics, products will surely fly off the shelves if Song Kang is promoting them! 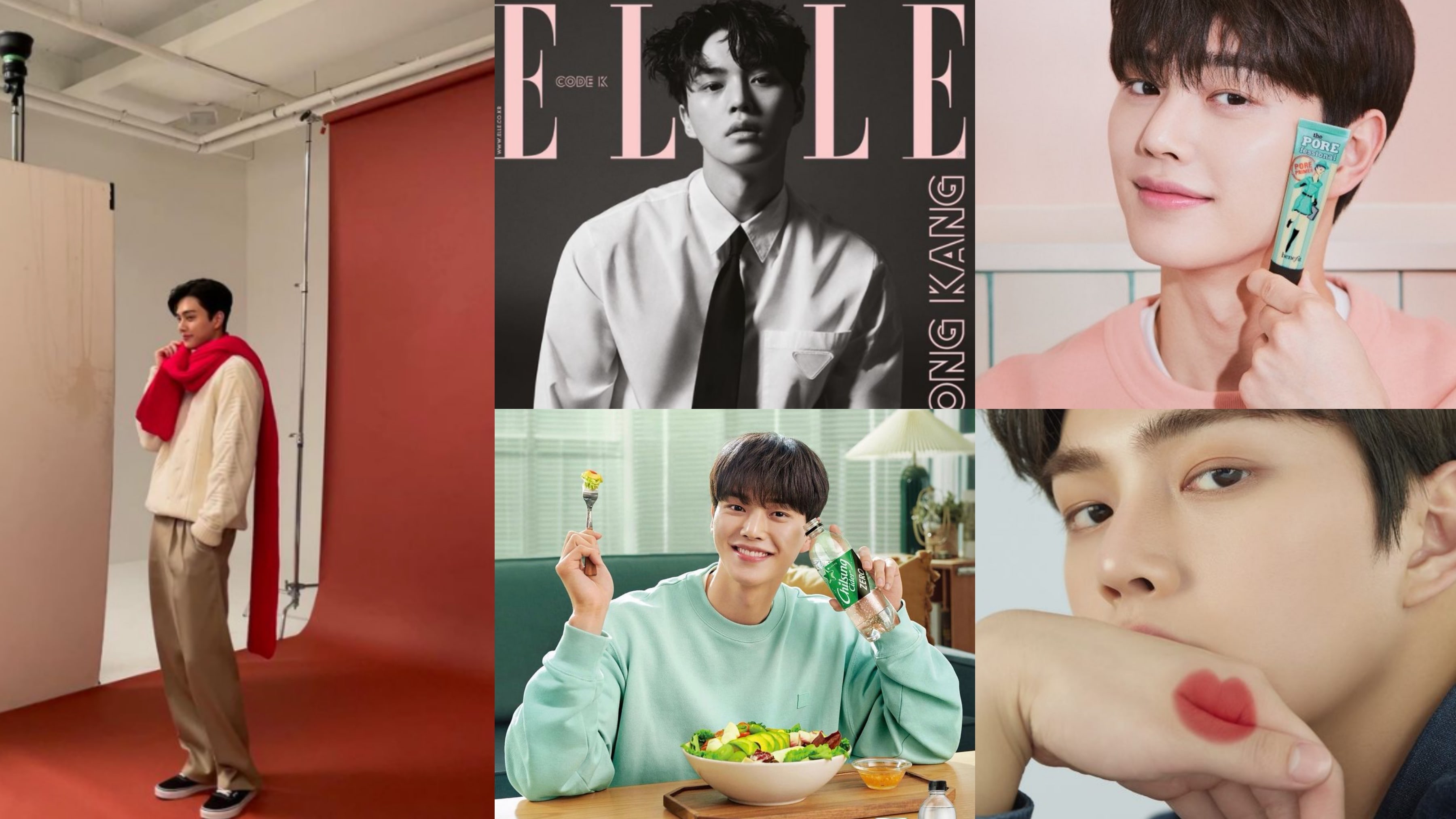 If you listen to or read his interviews, he always offers detailed explanations and sincere answers, reflecting his hardworking and kind personality. Through his personal Instagram posts, you’ll also see that he just loves the simple things in life: a walk in nature, enjoying a beautiful day, and he’s always thankful to his fans. He shares, “I imagine myself starting off the day in a good mood as I wake up in some remote spot, stretch as I enjoy the fresh air, and have a coffee. It also motivates me to do well now so that I can achieve that.”

While he still has a lot of room to grow and improve as a young actor, both critics and fans alike agree that just like the memorable quote in “Navillera,” he is definitely going to soar high!

Hey Soompiers! What else do you like about Song Kang? Let us know in the comments below!

Soompi Spotlight
Song Kang
How does this article make you feel?