Gaon Chart has revealed its chart rankings for the week of April 4 to April 10!

ASTRO topped this week’s physical album chart with their new studio album “All Yours,” which debuted at No. 1. Meanwhile, EXO’s Baekhyun’s solo mini album “Bambi” stayed strong at No. 2. 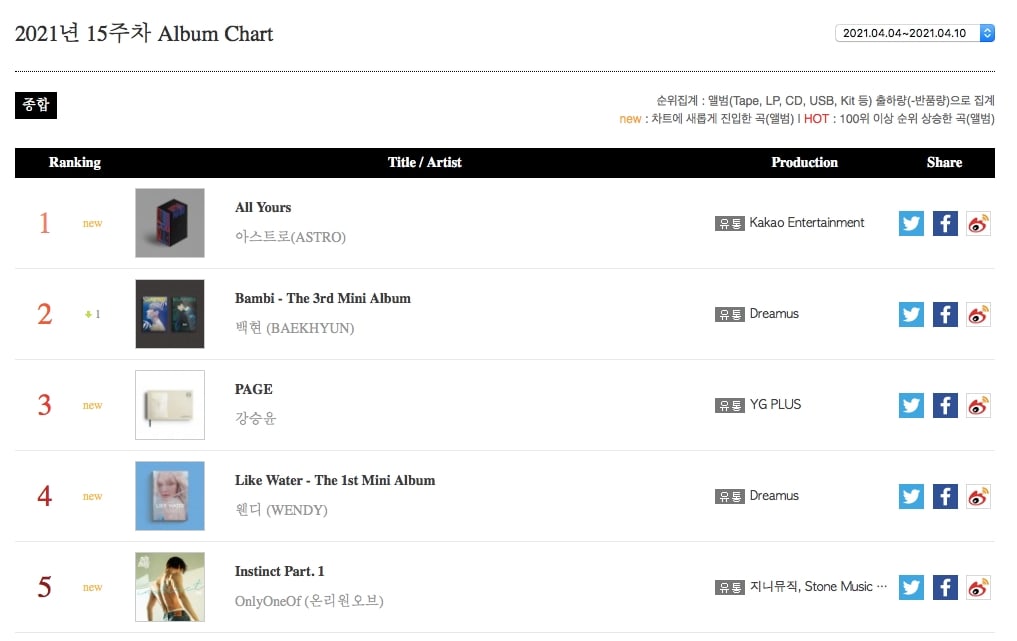 The top five songs on the overall digital chart and the streaming chart were exactly the same this week: IU’s “LILAC” held onto its spot at No. 1 on both charts, achieving a double crown for the second consecutive week.

Brave Girls’ smash hit “Rollin’” maintained its position at No. 2 on both charts, while IU swept the next two spots with “Celebrity” and “Coin.” Finally, Justin Bieber’s “Peaches” (featuring Daniel Caesar and Giveon) rose to No. 5 on both charts this week. 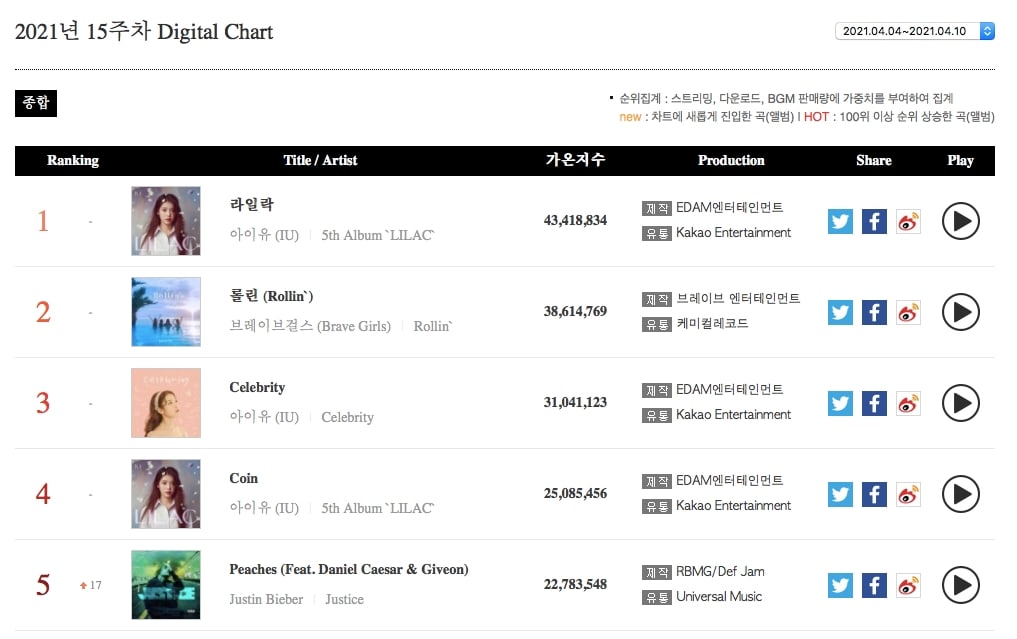 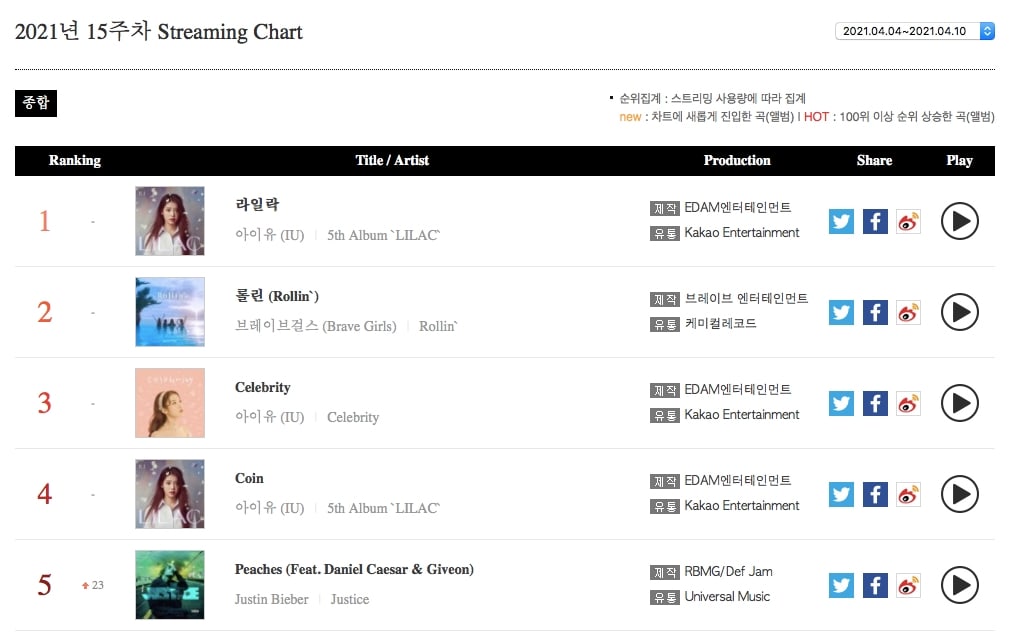 Im Young Woong’s “My Starry Love” remained No. 1 on the digital download chart this week, followed by three new releases: ASTRO’s latest title track “ONE” at No. 2, UP10TION’s Lee Jin Hyuk’s “5K” at No. 3, and Kim Jae Hwan’s “I Wouldn’t Look for You” at No. 4.

Finally, IU’s “LILAC” rounded out the top five for the week. 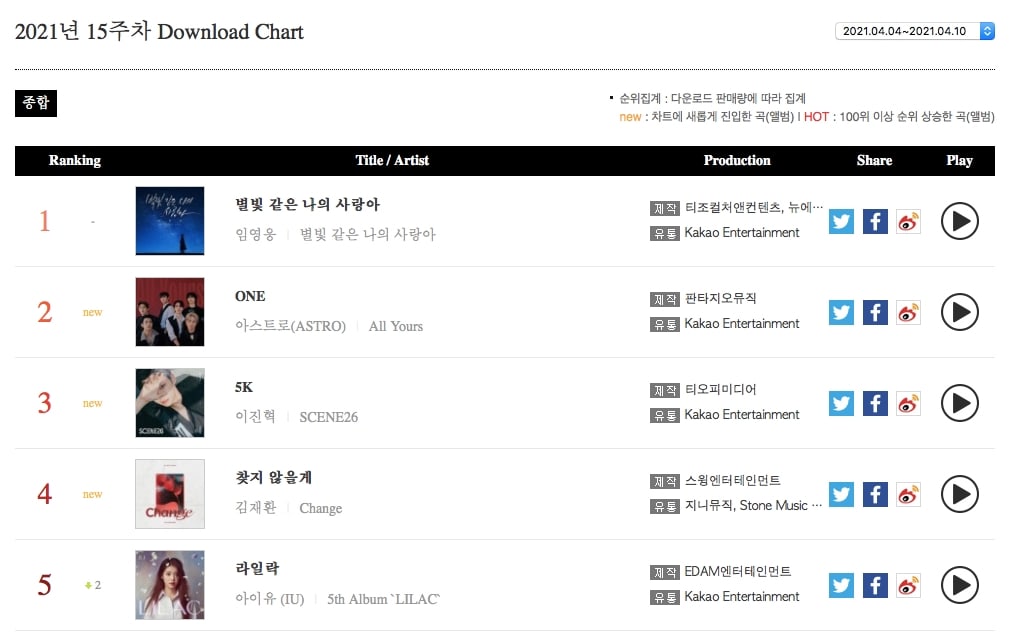 BTS successfully defended their position at No. 1 on this week’s Social Chart 2.0, with BLACKPINK holding onto their spot at No. 2. BLACKPINK’s Rosé also charted separately at No. 5, while Lee Chan Won and Im Young Woong came in at No. 3 and No. 4 respectively. 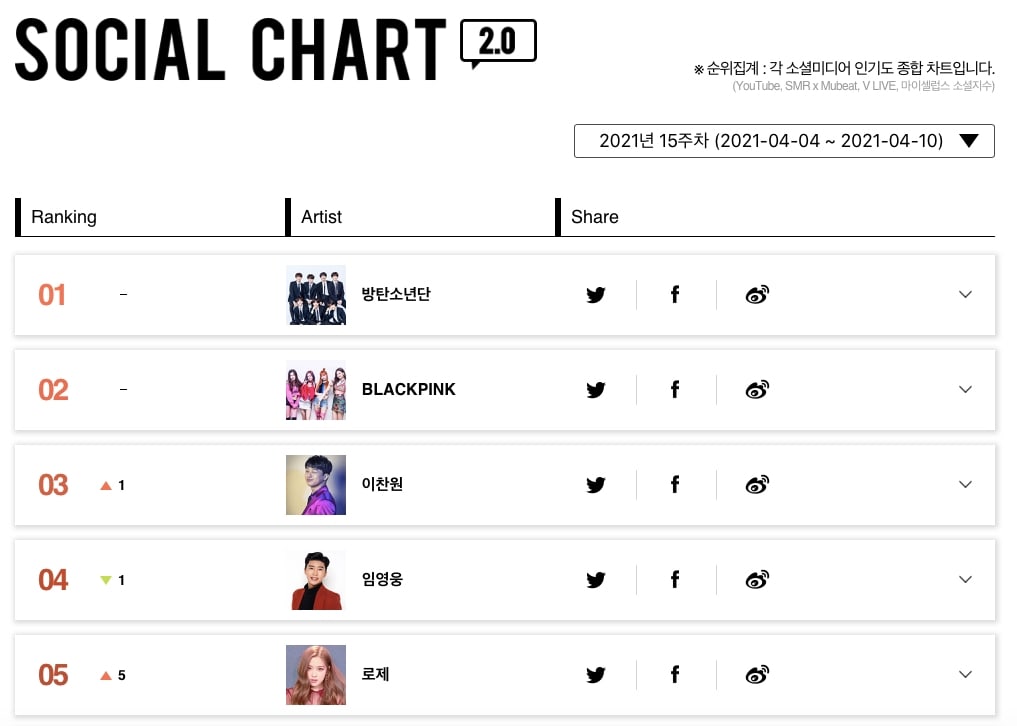