On April 24, OCN aired a special spotlighting veteran actress Youn Yuh Jung, who has been making waves all around the world with her award-winning performance in the critically acclaimed film “Minari.” Many of her colleagues in the acting industry—including Song Hye Kyo, Lee Jung Jae, Jeon Do Yeon, Lee Seo Jin, Bong Tae Gyu, Kim Young Min, Lee Soon Jae, Moon So Ri, and her “Minari” co-star Han Ye Ri—appeared in the special to talk about what Youn Yuh Jung meant to them.

Youn Yuh Jung recently made history by winning both the Screen Actors Guild (SAG) Award and the British Academy of Film and Television Arts (BAFTA) Award for Best Supporting Actress, becoming the first Korean actor ever to win either award. She is also currently nominated for Best Supporting Actress at the upcoming Academy Awards, making her the first Korean actor ever to score an Oscar nomination for acting.

During the special, Song Hye Kyo revealed, “It was morning when I saw in an article that [Youn Yuh Jung] had been nominated for an Academy Award. I was so happy that I even got goosebumps.”

“I was so excited that I texted her, ‘Congratulations. I’m so happy for you,'” recalled the actress. “She responded, ‘I’m passed out right now.'” Song Hye Kyo added with a laugh, “I thought to myself that the text message was ‘so her.'” 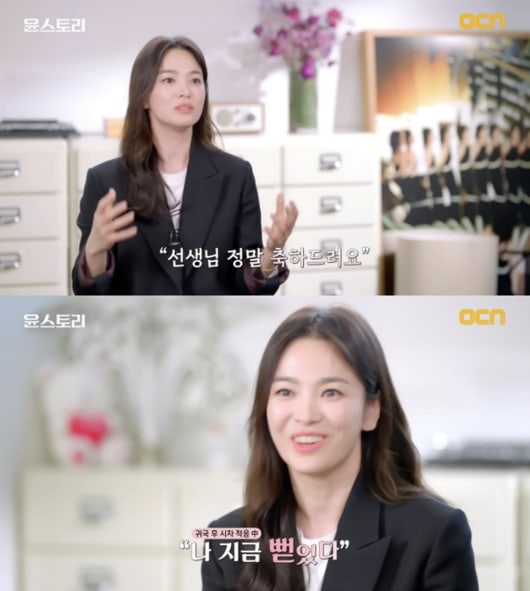 She went on to praise Youn Yuh Jung by remarking, “I think she’s truly a free spirit. She’s so cool, and I think it’s because of her personality that she’s been able to conquer both film and variety shows. Whenever I hear that she’s doing something, whether it’s a variety show or something else, I find myself watching it as a fan.”

Song Hye Kyo also spoke about her friendship with the older actress.

“We occasionally meet up to have a glass of wine together,” she shared. “Recently, we’ve been talking a lot about life. She’s really so cool. Ever since I was young, I’ve always thought to myself, ‘How is it possible for her to be more forward-thinking than young people are, to seem more like a part of a new generation than young people do?’ I often feel like I’m more behind the times than she is. She gets along well with young people, and she’s always the coolest person out of any of us.”

Song Hye Kyo fondly continued, “[Youn Yuh Jung] laughs a lot, and whenever I come home from hanging out with her, my laugh lines are deeper than before.” She jokingly added, “So I thought to myself that I should only meet up with her occasionally.” 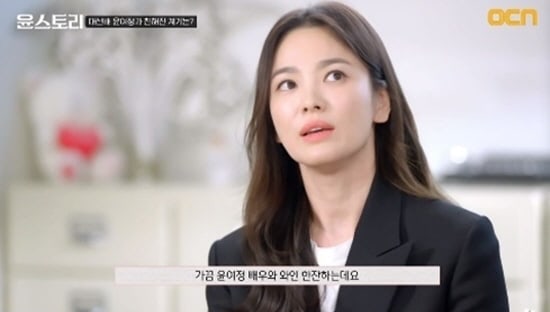 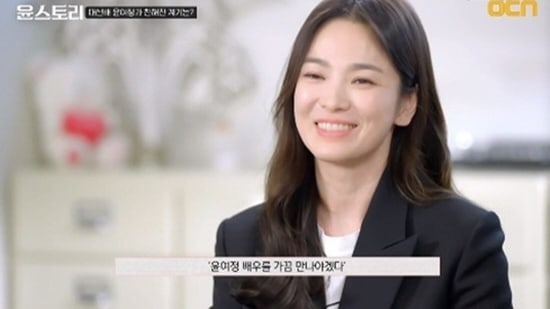 …and Song Hye Kyo in her drama “Encounter” here!

Song Hye Kyo
Youn Yuh Jung
How does this article make you feel?