Mnet’s “Kingdom: Legendary War” has unveiled the full results from Round 2!

On May 6, the idol competition show announced the second half of the results from its Round 2 cover battle, including the rankings from fan votes.

The episode began with host TVXQ’s Changmin announcing the theme of Round 3, “NO LIMIT,” which will be divided into two separate parts. The first part of the round will be a collaboration battle in which the six competing groups split up into two teams of three groups each. The two teams will then face off in vocal unit, rap unit, and dance unit performances that will feature each team’s vocalists, rappers, and dancers collaborating with each other as intergroup units.

As ATEEZ took first place in the initial rankings from the second round, they were given the opportunity to choose the two groups whom they wanted on their team. After a brief discussion, ATEEZ chose BTOB and Stray Kids, leaving THE BOYZ, SF9, and iKON to automatically form the other team.

However, before heading into the third round of competition, “Kingdom” gave the competing groups a break from their usual performances by holding a friendly sports day for some fun bonding. The groups stuck with their Round 3 teams for the “‘Kingdom’ Athletic Championship,” meaning that ATEEZ, BTOB, and Stray Kids went up against THE BOYZ, SF9, and iKON in each event.

BTOB’s Minhyuk and Stray Kids’ Bang Chan tied to become the final winners of the vault event, while ATEEZ took first place in the groups’ relay race. The team consisting of ATEEZ, BTOB, and Stray Kids also won the “head-and-tail game” in which the idols linked up and tried to pop the other team’s balloon, meaning that their team ultimately emerged the victors of the day.

When the results were tallied, the MCs announced what the show jokingly dubbed the “Kingdom F4.” THE BOYZ’s Hyunjae and BTOB’s Eunkwang tied for fourth place, THE BOYZ’s Sunwoo came in third, Stray Kids’ Felix took second, and BTOB’s Minhyuk won first place. 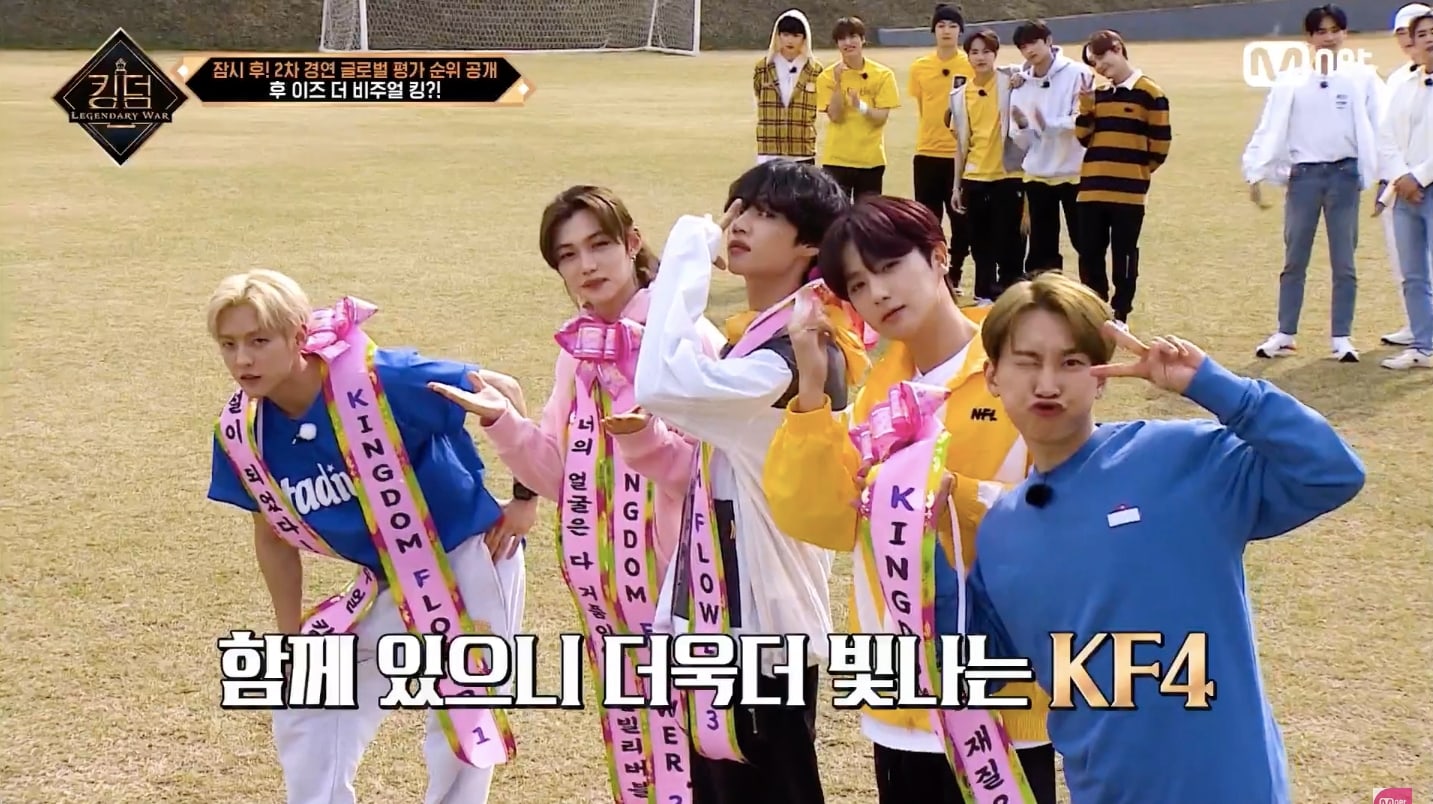 At the very end of the episode, “Kingdom” also revealed the full results from Round 2.

Last week, “Kingdom” revealed the results of the votes by the six competing groups and the evaluations by the panel of expert judges, which add up to a total of 50 percent of the contestants’ scores. After tallying domestic and global fan votes and video view counts this week, the show revealed the rankings for all four categories.

The full results, as seen in the chart below, are as follows:

Voting by the 6 Competing Groups (25 percent)

If you haven’t seen them yet, you can check out all of the performances from Round 2 here and here.

Watch the full episode of “Kingdom” with English subtitles on Viki below!