Korean films and actors have been making waves in Hollywood these past years. Whether it’s movies like “Parasite” that has attracted tons of critical success, or actors like Youn Yuh Jung, who has gone viral for her various awards show speeches, it’s clear that Korean talent is getting the recognition they deserve internationally.

Here is a non-exhaustive list of Korean talent that have worked both in Korea and in the States! 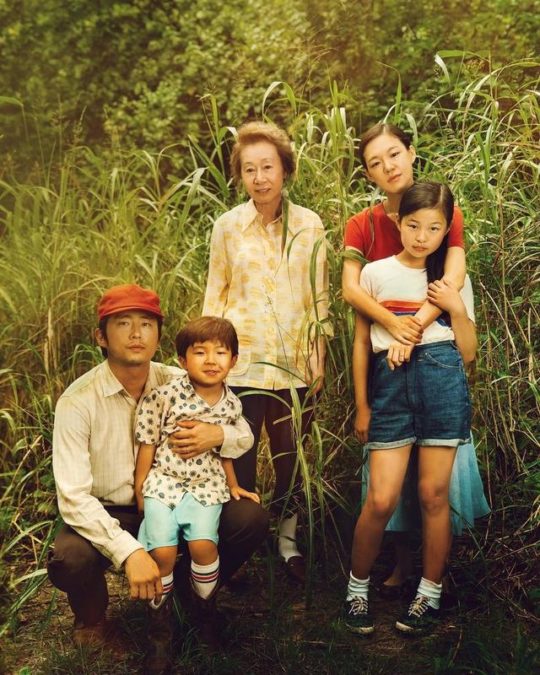 “Minari” was on fire this whole awards season in the U.S. and for good reason. It’s a moving American film about a family of South Korean immigrants who move to a rural area and try to earn income by growing and selling produce.

Youn Yuh Jung, in particular, has been stealing hearts in the States, first with her scene-stealing portrayal of the not-your-average-grandma grandma, then as her sassy self while she was going around accepting awards (first Korean actress to win a SAG, a BAFTA, and an Oscar!) and swooning over Brad Pitt. It’s impossible to not love this national treasure, so if you’re craving for more of her natural greatness, check out “Youn’s Kitchen,” which has two seasons, or this year’s “Youn’s Stay.” If you’re interested in her works, then be sure to check out “Never Twice.” This is a 2019-2020 drama about an inn that houses people looking for a safe haven and follows them as they build their various relationships. 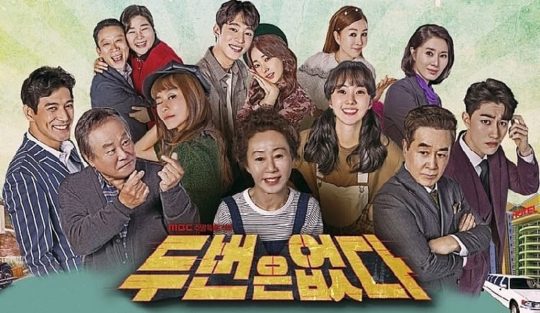 Also in “Minari” is Han Yeri, who plays Monica Yi, a woman who needed to find the balance between supporting her husband’s dreams and putting her children’s wellbeing first. You can also see Han Yeri in “My Unfamiliar Family,” another similarly family-themed drama from 2020 that takes a poignant look at the deconstruction and rebuilding of a family unit. 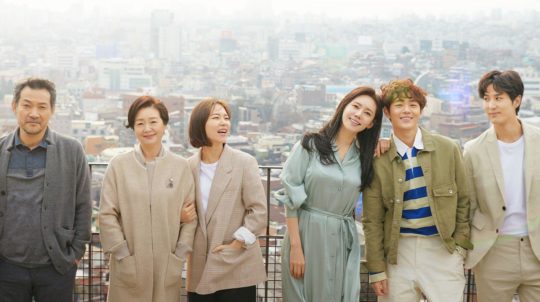 Watch the first episode of “My Unfamiliar Family” here:

And guess what? Steven Yeun, of “The Walking Dead” fame and patriarch of the Yi family in “Minari,” has been in a Korean film too! He starred alongside Yoo Ah In and Jeon Jong Seo in “Burning,” a 2018 psychological thriller that was the first South Korean film to ever make it to the final nine-film shortlist at the Academy Awards. 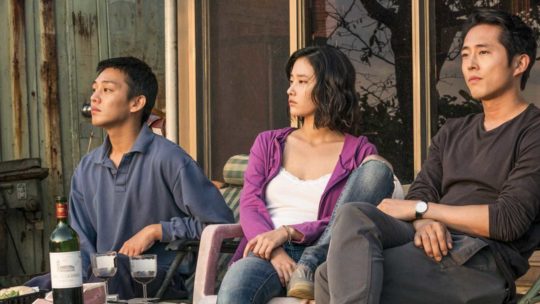 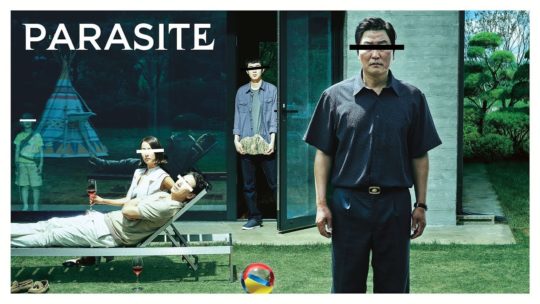 Before “Minari” flooded American social media, another little film titled “Parasite” managed a similar feat the year prior. Other than sweeping all kinds of awards everywhere, they also made history by being the first non-English film to win the Oscar for Best Picture and the first Korean film to win a Golden Globe, as well as a SAG award for Outstanding Performance by a Cast in a Motion Picture.

Song Kang Ho, patriarch of the Kim family in the dark comedy “Parasite,” is actually a frequent collaborator of its director Bong Joon Ho. They’ve also worked together in the critically acclaimed “Snowpiercer,” a 2013 movie that was also Bong Joon Ho’s English-language film debut, which included big-name Hollywood actors such as Chris Evans, Tilda Swinton, and Octavia Spencer. 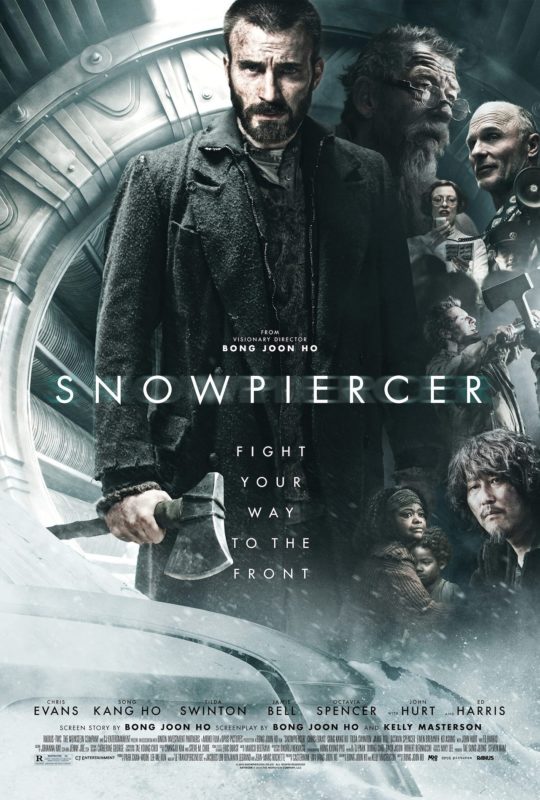 In fact, Song Kang Ho has been in tons of hugely successful Korean movies, including “The Good, the Bad, the Weird” and “A Taxi Driver.” The latter stands as the twelfth highest-grossing film in South Korea to date and is partially based on true events about how a taxi driver unintentionally becomes involved in a historical uprising. 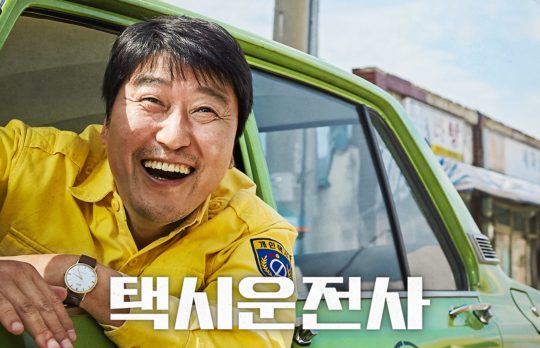 And if you’re keen on checking out the other just-as-talented cast from “Parasite,” then make sure you check out this article for some of their other works. 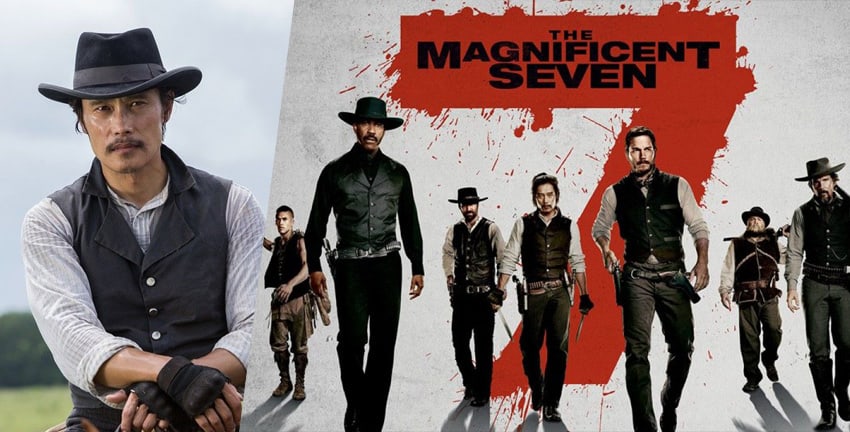 Lee Byun Hun has also infiltrated Hollywood and starred in a number of films including “G.I. Joe” and “The Magnificent Seven.” He’s also the first Korean actor to present at the Academy Awards, as well as one of the first to leave their handprints and footprints in the forecourt of the Grauman’s Chinese Theatre in Hollywood.

Being active in both film and TV on this side of the world, Lee Byun Hun’s Korean filmography certainly needs no introduction. But if for some reason you do, then look no further than 2018’s “Mr. Sunshine,” a compelling story that centers around a group of activists who are fighting for Korea’s independence. Or you could also travel further back in time and indulge in “IRIS,” a cult-favorite that many K-drama fans still laud 11 years later. 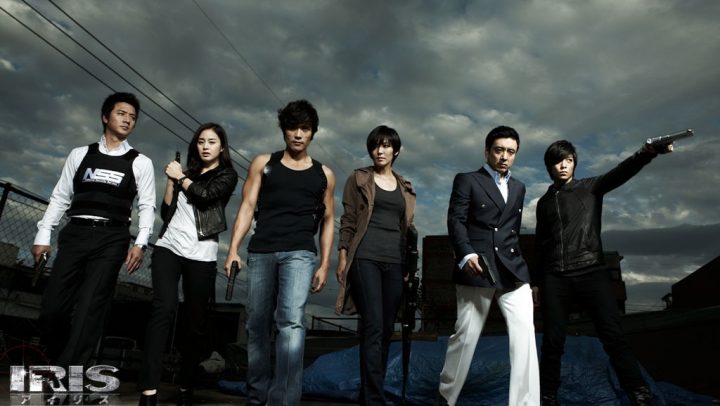 Watch the first episode of “IRIS”: 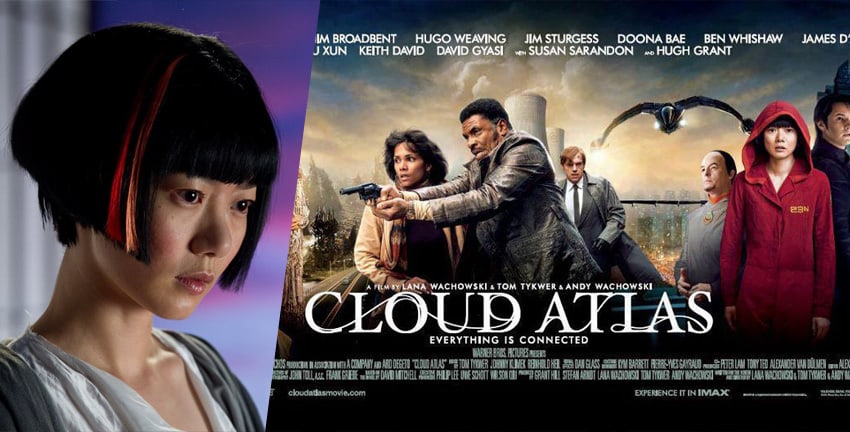 Like Lee Byun Hun, Bae Doona has been in a number of Hollywood productions. She’s worked closely with the Wachowskis in their films “Cloud Atlas” and “Jupiter Ascending,” as well as their TV series “Sense8.”

Furthermore, ever since Netflix and K-dramaland started working together, more Korean dramas have gotten wider recognition, especially in the States. Bae Doona’s “Forest of Secrets” was voted one of the Best TV Shows of 2017 by The New York Times, while “Kingdom,” a Netflix original, has also drawn much love from U.S. critics. 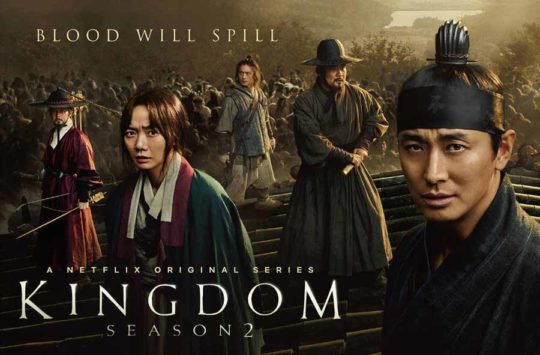 Ma Dong Seok, otherwise known as Don Lee, actually has a primarily Korean-based filmography. While he made waves with “Train to Busan” and “Along With the Gods,” he’s now also got his foot firmly in the door of Hollywood and is officially a member of the MCU family! Later this year, he’ll be co-starring in “Eternals” as Gilgamesh, alongside actors such as Angelina Jolie and Salma Hayek. And with how Marvel movies work, this is likely not the last we’ll see of him either!

Other than all these blockbusters, Ma Dong Seok has also been involved in a handful of K-dramas. His most recent silver screen work is the 2016 “Squad 38,” where he plays a tax enforcer who works with a con artist (played by Seo In Guk) to take down rich men who don’t pay their taxes. 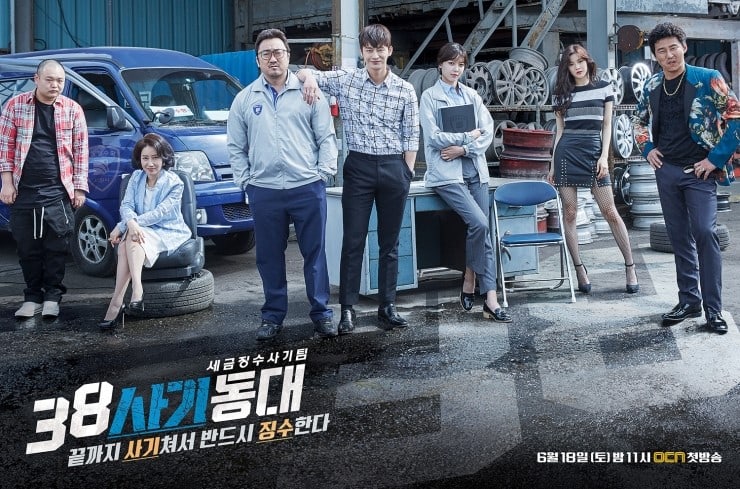 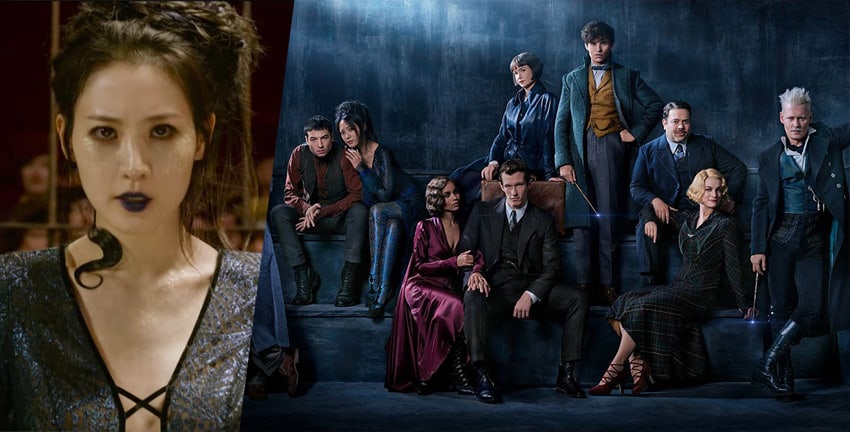 Actually, Ma Dong Seok isn’t the first actor on this list to make their way into the MCU. Claudia Kim has this honor, having played the role of scientist Helen Cho in the 2015 “Avengers: Age of Ultron.” She’s also played Nagini in another huge franchise, “Fantastic Beasts.”

Before heading to Hollywood, Claudia Kim was in a few Korean dramas, including “The Fugitive: Plan B” and “Monster.” The latter is a revenge drama about a young man who loses everything in a car accident. He vows to seek his revenge on those who caused the accident, going as far as to adopting a new identity. 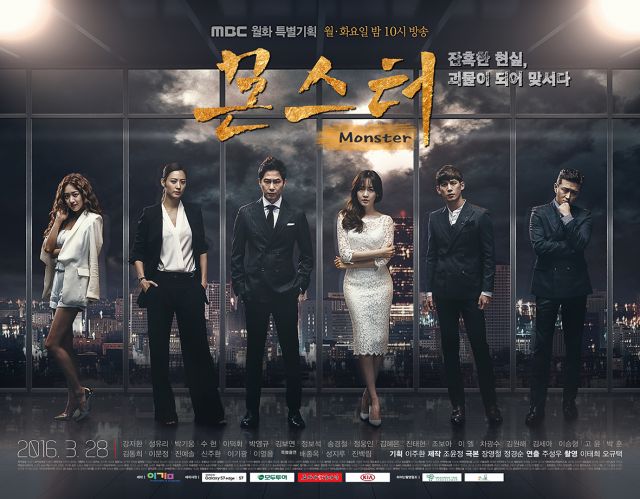 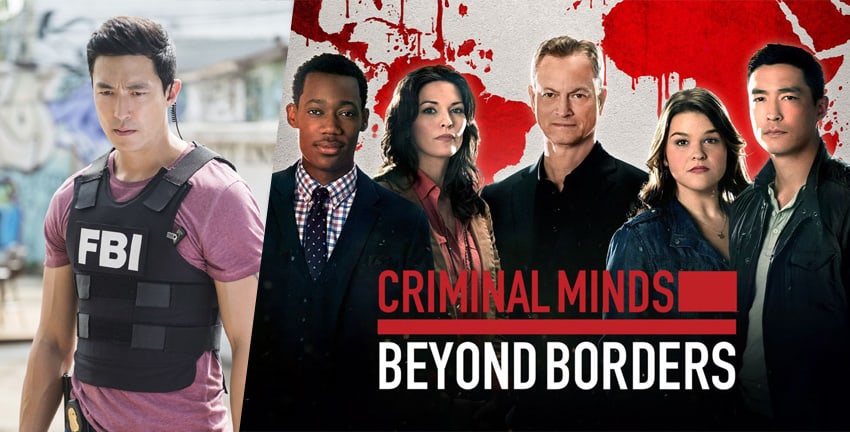 While Daniel Henney has been in a few Hollywood movies, he might be more recognizable for appearing in U.S. procedurals such as “Hawaii Five-O” and “NCIS: Los Angeles.” He became a series regular for “Criminal Minds: Beyond Borders” as one of its agents/profilers, and when that ended, he transitioned over to the mothership series and stayed with it until the end of its run.

Fun fact: Daniel Henney was also Claudia Kim’s castmate in “The Fugitive: Plan B,” and that was his last Korean drama before heading over to the States. Before this though, he actually made his acting debut with the ratings-powerhouse “My Lovely Sam Soon” in 2005. He plays a Korean-American doctor who follows his patient back to Korea in the name of wanting to learn more about his roots. 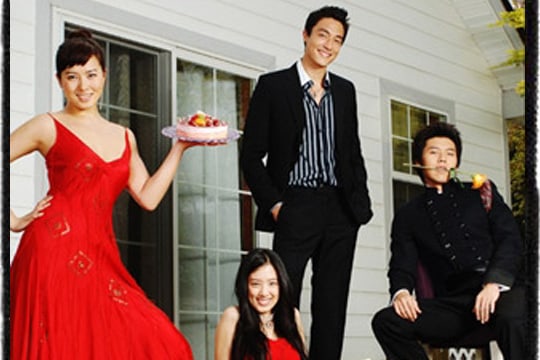 Watch the first episode of “My Name Is Kim Sam Soon”: 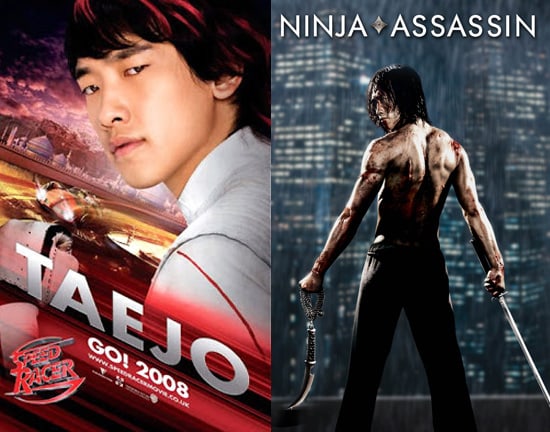 Rain no doubt already caught the eye of the U.S. media as his singer self, having interacted with late night talk show host Stephen Colbert as early as 2007. In the following year, he debuted in his first English-language film (also working with the Wachowskis) in “Speed Racer,” and even headlined his own movie a year later, titled “Ninja Assassin.”

Two years later, Rain returned to the Korean silver screen for “The Fugitive: Plan B.” (Seriously, there must have been something in the water on that filming set because not one, not two, but three of the actors on this list have worked on this drama!) Rain played a private eye in this zany action rom-com, and he deftly switches from comedy to dramatic intensity and delivers one memorable performance. 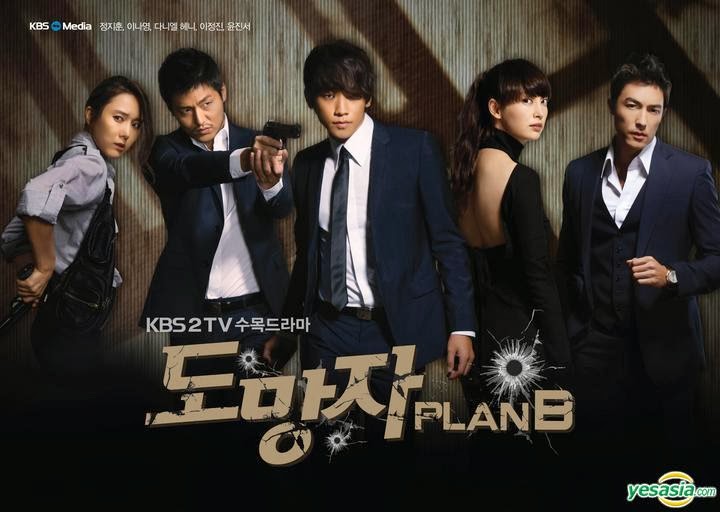 Watch the first episode of “The Fugitive: Plan B”:

Which of these actor’s U.S. filmography have you watched? And which Korean actor do you think will dip their toes into Hollywood next? Share your comments with us below!

Belinda_C is looking forward to “Eternals.”