8 More Thrilling Dramas That Are Driven By Revenge

There’s a reason why there are so many dramas in the revenge genre, and it’s because we can’t get enough of them! The obvious thrill of the sensational storylines aside, there’s also the satisfaction in seeing the underdog, or the wrongly accused, fight back against the evil forces and come out on top. Or it could be that we enjoy embracing our dark side a little and imagine ourselves as the person seeking revenge on those who have wronged us. (Which in reality should be a no no, kids!) Either way, they are addictive as heck, and I for one am always on the look out for new ones!

So here are some great revenge dramas for your perusal. Some are a little melodramatic, some are a little makjang, and some are quite dark, but all are entertaining as heck! And if this list isn’t enough, then check out this older list with favorites such as “Secret Love” and “The Innocent Man.” 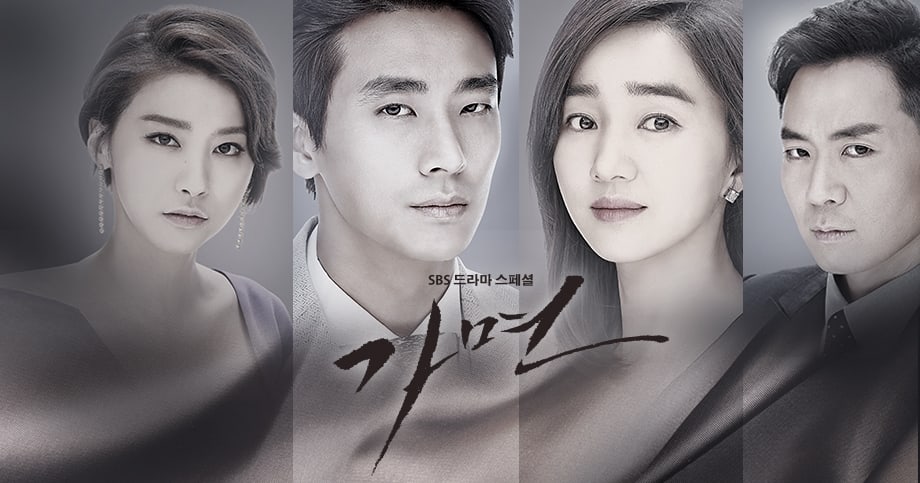 Penned by the same scriptwriter of “Secret Love,” the fabulously cast “Mask” spins a gripping tale of love, revenge, and psychological warfare. Byun Ji Sook (Soo Ae) is blackmailed into taking the place of her doppelgänger and marries a rich but illegitimate heir, Choi Min Woo (Joo Ji Hoon). Rounding out the main characters is Choi Min Woo’s sister and her husband, both who are unhappy (a major understatement) that he is the heir apparent, and are going to great lengths to prevent this from happening.

Another highlight is that for a revenge melodrama, the love story here is still as sweet and warm as they get. Joo Ji Hoon and Soo Ae share such wonderful chemistry, their scenes together easily add some much-needed levity to the darkness. 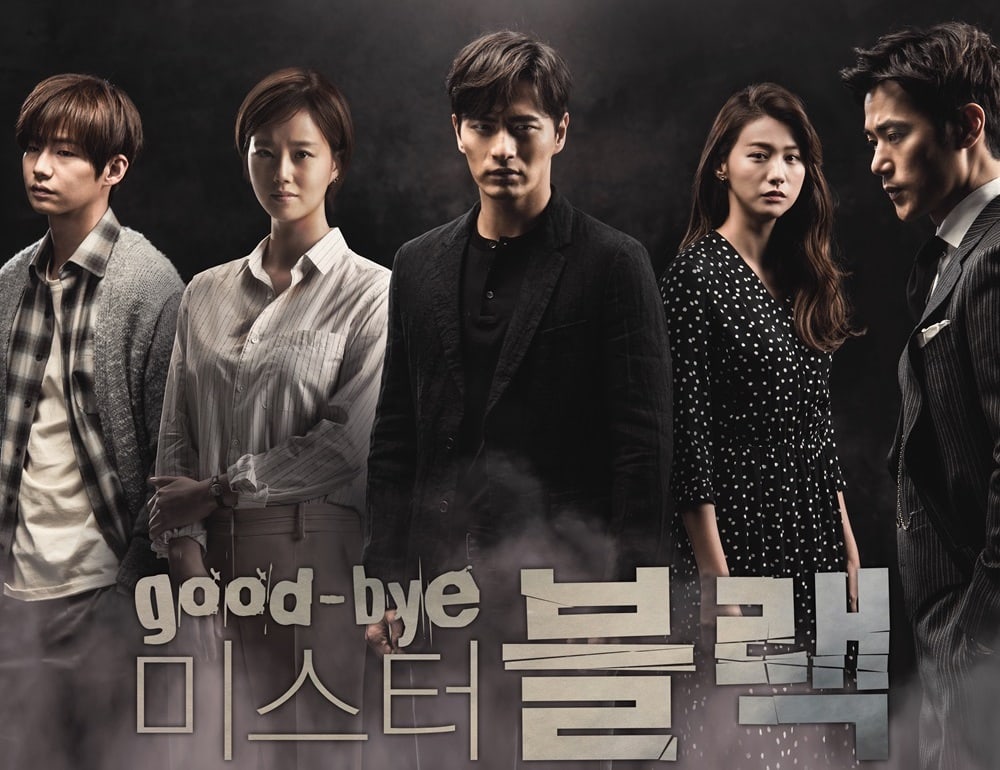 This drama adaption of a manhwa of the same name is loosely inspired by the literary classic “The Count of Monte Cristo,” which should be enough to clue you in on the vengeance to come. Navy SEAL officer Cha Ji Won (Lee Jin Wook) comes back from his supposed death to seek revenge for his father’s death, only to find out his best friend may be more involved in the said incident than he realized. Though touted as a revenge melodrama, there’s actually quite a bit of light and laid-back moments in it which sets it apart from some of the darker ones on this list. 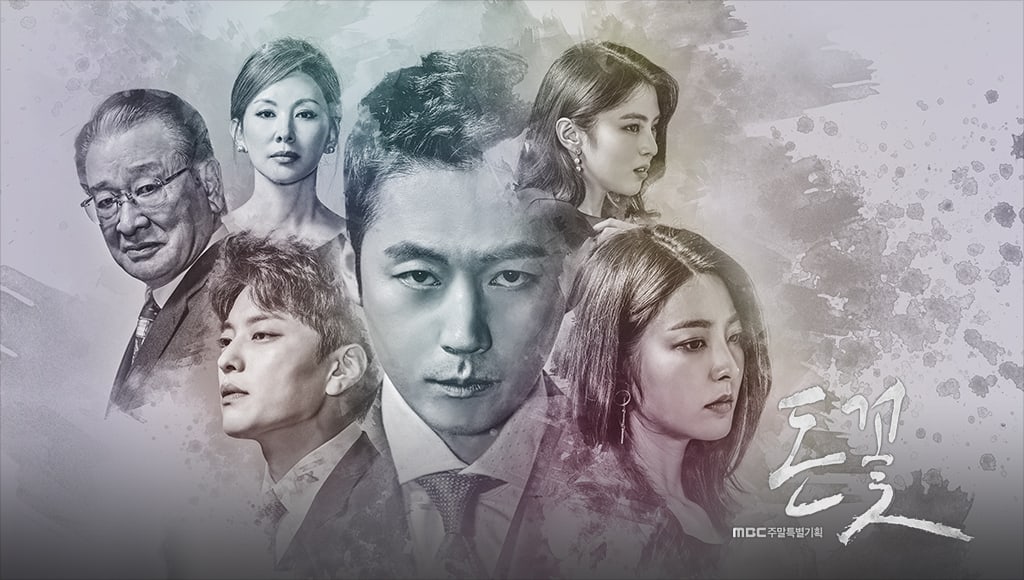 “Money Flower” is a dark and twisty thriller of a drama that’ll have you fully immersed in its world from the get-go. Everything about this production is top-notch — from the cinematography to the music, to the directing, and to the brilliant cast of actors — and your heart will be racing as you watch the very intelligent Kang Pil Joo (Jang Hyuk) put his meticulous revenge plan into action, while constantly going toe-to-toe with the other power-hungry characters. 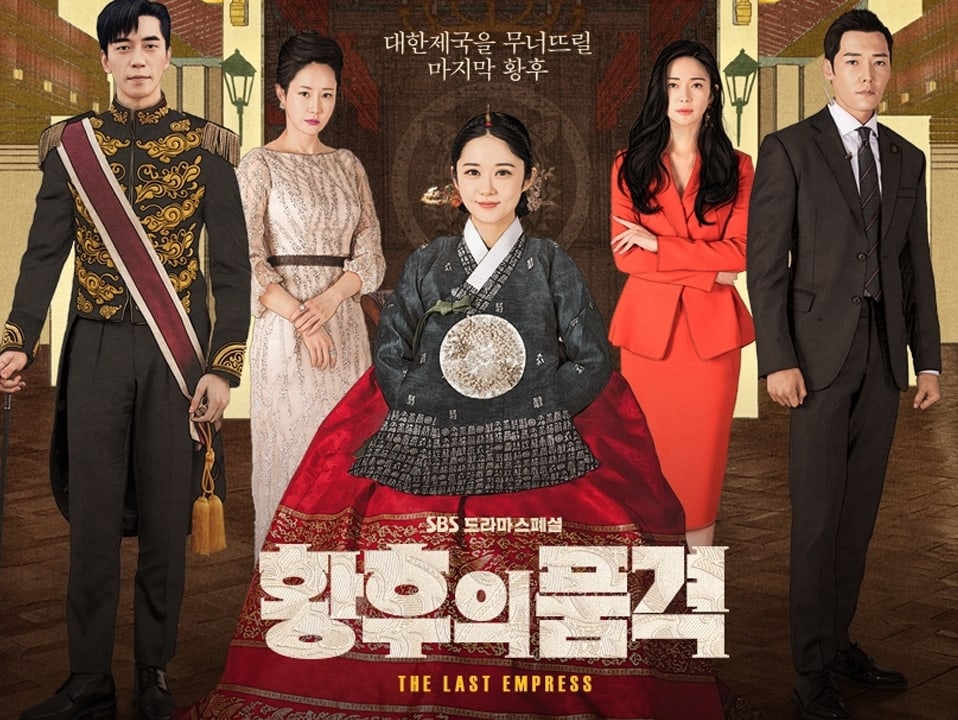 This is a makjang where the twists and turns never stop barreling towards you, and it honestly just makes everything all the more ridiculously entertaining to watch. The story is set in a modern-day monarchy, where a musical actress (Jang Nara) suddenly finds herself marrying the current Emperor. By Emperor Lee Hyuk’s (Shin Sung Rok) side is his most trusted bodyguard, Chun Woo Bin (Choi Jin Hyuk). However, unbeknownst to everyone, Chun Woo Bin is just an alias he uses to infiltrate the palace with the hopes to seek vengeance on the royal family.

This series was so popular during its run it even got a four-episode extension. Granted, the extension might not have done the show any favors, but the drama as a whole was still insanely fun while it lasted.

Catch “The Last Empress” below: 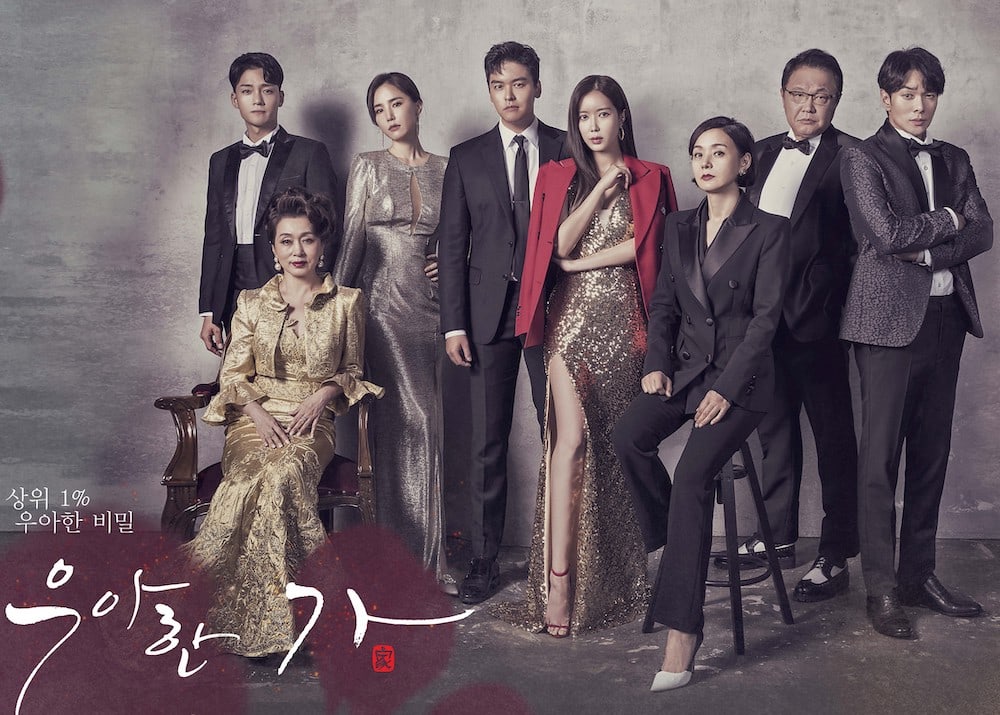 Im Soo Hyang is the fabulous Mo Suk Hee in this deliciously addictive makjang drama. The wealthy heiress was exiled to the United States 15 years ago but now returns to get to the bottom of her mother’s murder and to escape the clutches of—as well as seek revenge on—an all-powerful management team. As with makjang dramas, you can expect birth secrets, scandalous affairs, and plenty of other tantalizing qualities that’ll have you glued to the screen into the wee hours of the night. 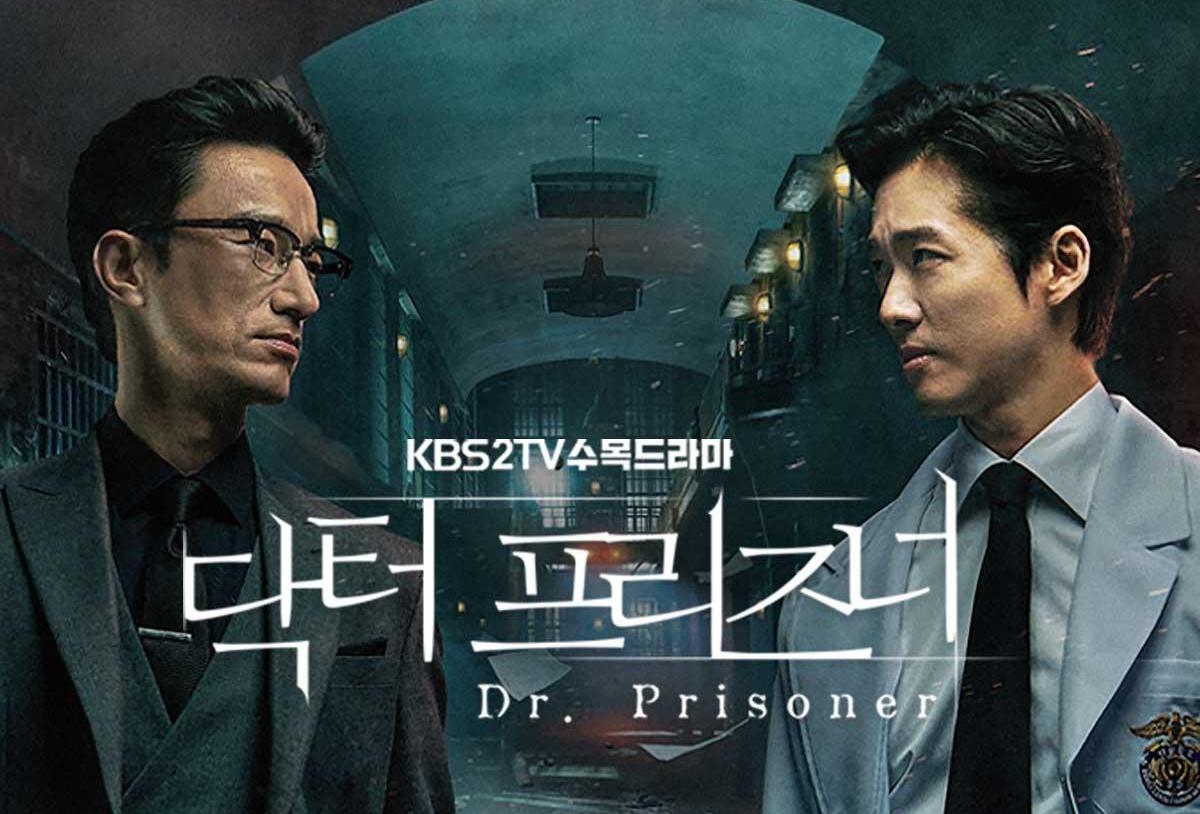 “Doctor Prisoner” stars Namgoong Min as Na Yi Je, a talented doctor who worked at one of Seoul’s most prominent hospitals. However, a malpractice accusation causes him to lose his job and starts him on the path of seeking revenge against the system that wronged him. He thus finds himself a job as a medical director of a prison, and he uses the position to build the connections he needs as part of his elaborate revenge scheme. The drama boasts a strong cast that breathed life into their multidimensional characters, and the thrilling storyline promises a rollercoaster ride! 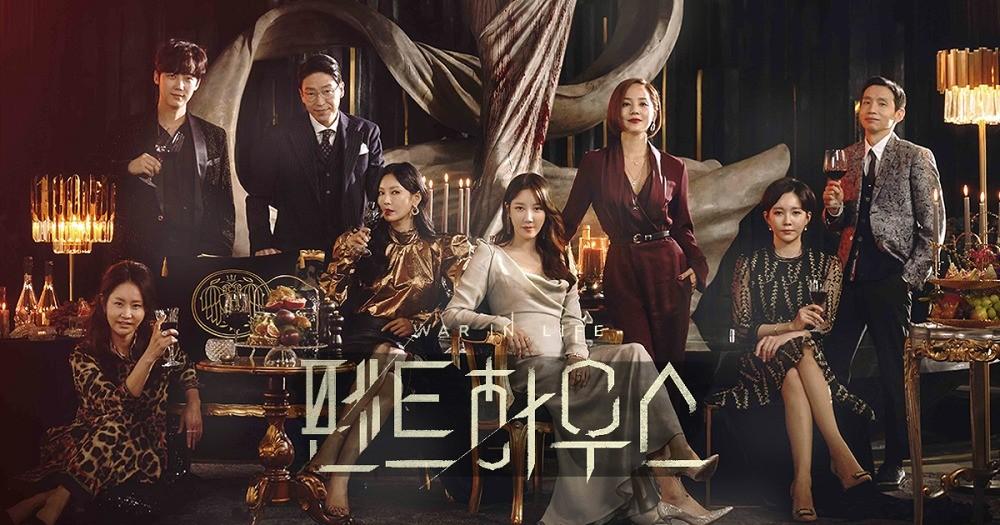 With the third season airing now, “The Penthouse” is like the gift that keeps on giving. This intense, twisty ride started out in Season 1 with wealthy parents (specifically the moms) who would stop at nothing to pave a path of success for their children. When a murder of a young girl occurs, their lives suddenly become all the more complicated. One of the main storylines of Season 2 is about Oh Yoon Hee’s (Eugene’s) quest for revenge after she’s framed for the murder, but really the whole narrative arc of this second season is about the abused fighting back and getting revenge on their abusers. It’s both engrossing and cathartic, and the rapid-paced storyline hasn’t let up yet. The production team has promised even more vengeance-seeking for Season 3, so don’t miss out on it!

Watch “The Penthouse 2” below: 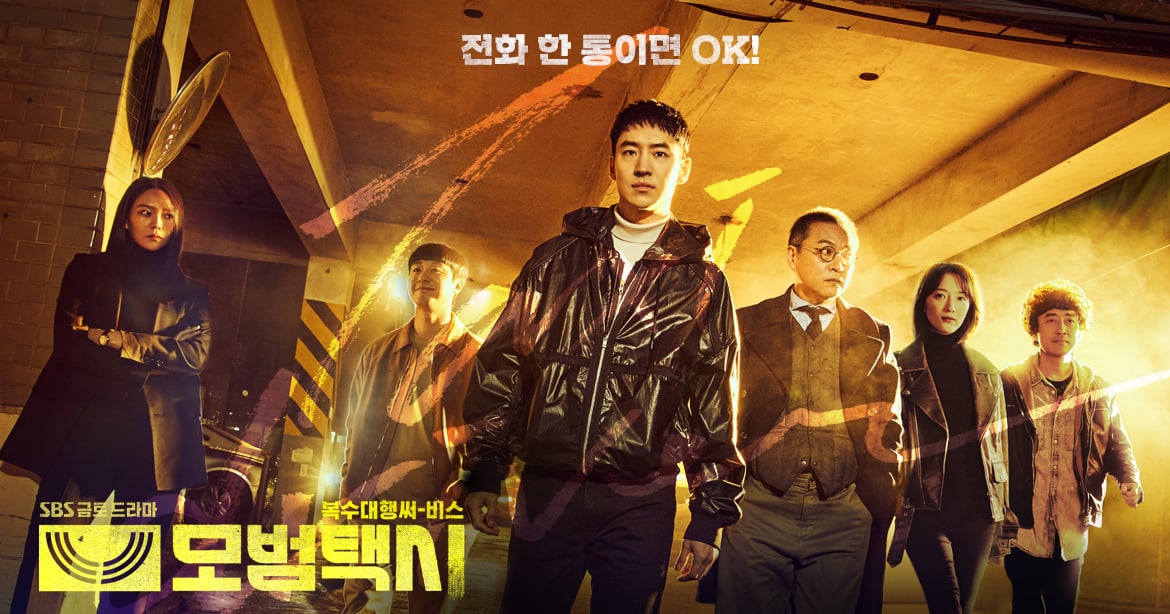 “Taxi Driver” is the just-ended revenge drama that has been the talk of the town for the past few weeks. It’s got style, it’s got a rich storyline, it’s not afraid to lean into the darkness, and it’s got Lee Je Hoon *cough* driving the revenge storyline. Lee Je Hoon is Kim Do Gi, a taxi driver who works for Rainbow Taxi Company. However, in reality, the taxi company is actually a front for an on-call revenge service. And with how heinous the crimes in this drama are (and some of them really do hit close to home), there’s something especially exhilarating and cathartic when watching these vigilantes serve their form of justice.

Belinda_C is always down from some thrilling revenge dramas! There’s just something so entertaining about them!