Gaon Chart announced its chart rankings for the week of June 6 to June 12!

BTS earned a triple crown this week with “Butter” topping the digital and streaming charts as well as Gaon’s Social Chart 2.0.

EXO’s “DON’T FIGHT THE FEELING” debuted at No. 1 on the album chart, while Ha Sung Woon’s “Sneakers” topped the download chart.

See the top five for each of Gaon’s weekly charts below!

EXO’s special album “DON’T FIGHT THE FEELING” emerged at the top of this week’s physical album chart. TWICE’s “Taste of Love” took No. 2, while WEi’s “IDENTITY : Action” and N.Flying’s “Man on the Moon” followed at No. 3 and No. 4, respectively. MONSTA X’s “One of a Kind” rounded out the top five. 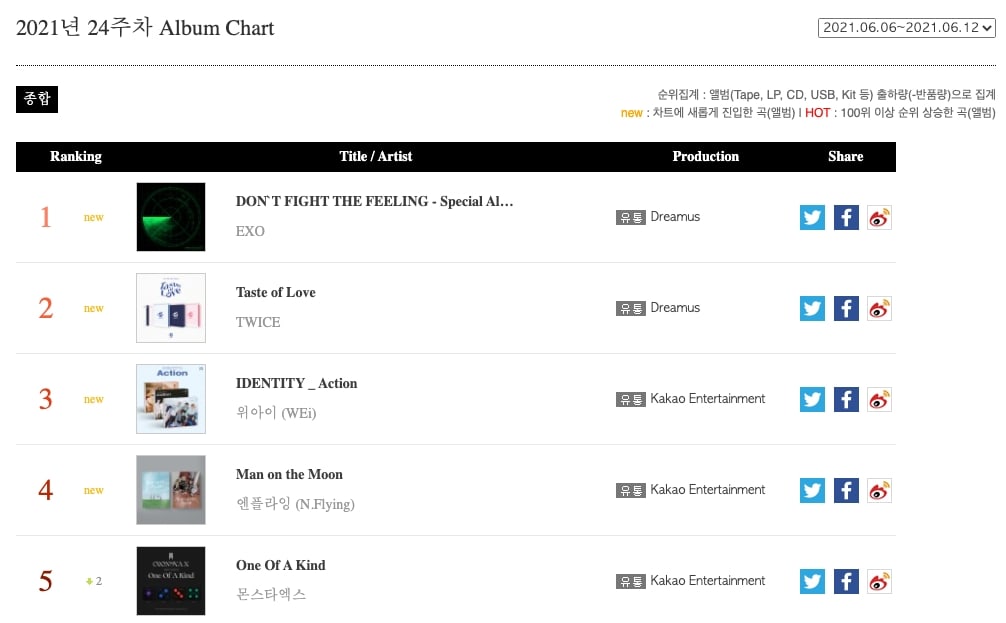 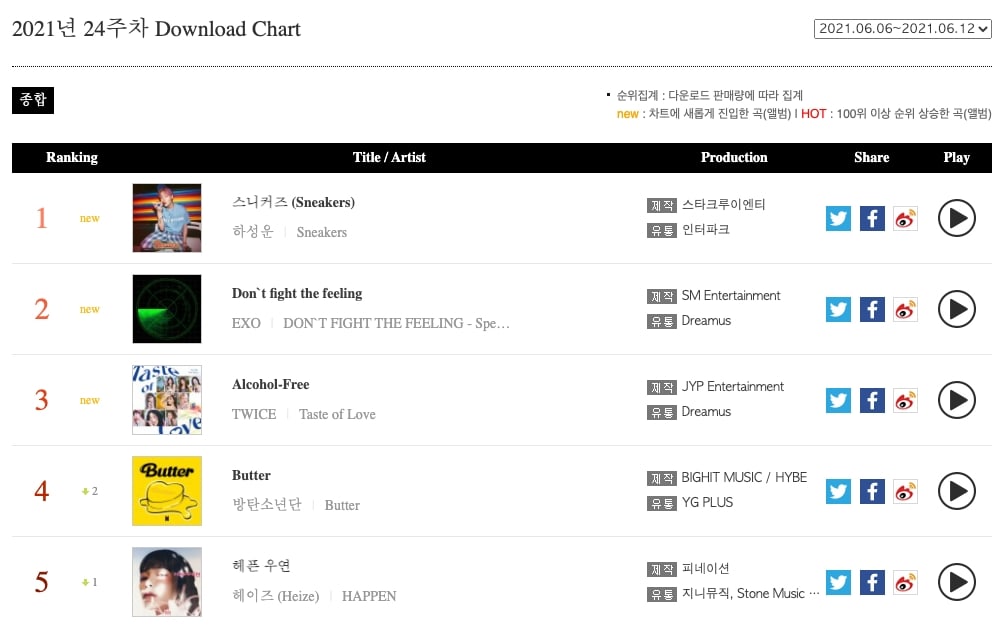 The top 5 rankings on this week’s digital and streaming charts are identical, with BTS’s “Butter” remaining No. 1 on both charts for the third week in a row. Heize’s “HAPPEN” and aespa’s “Next Level” each went up a step to No. 2 and No. 3, respectively. Oh My Girl’s “Dun Dun Dance” moved down two spots to No. 4, and Justin Bieber’s “Peaches” (featuring Daniel Caesar and Giveon) rounded out the top five. 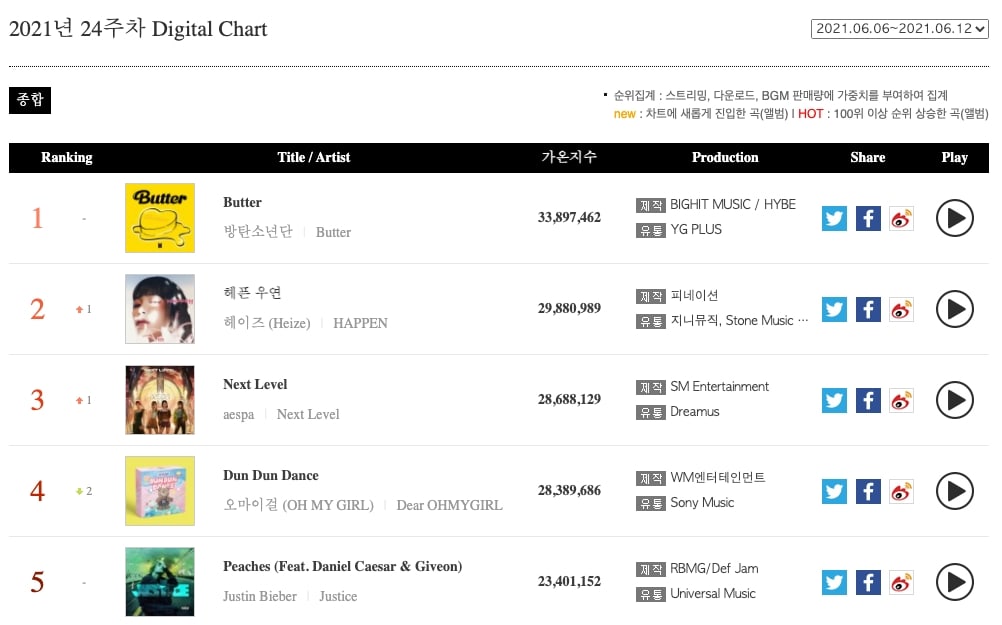 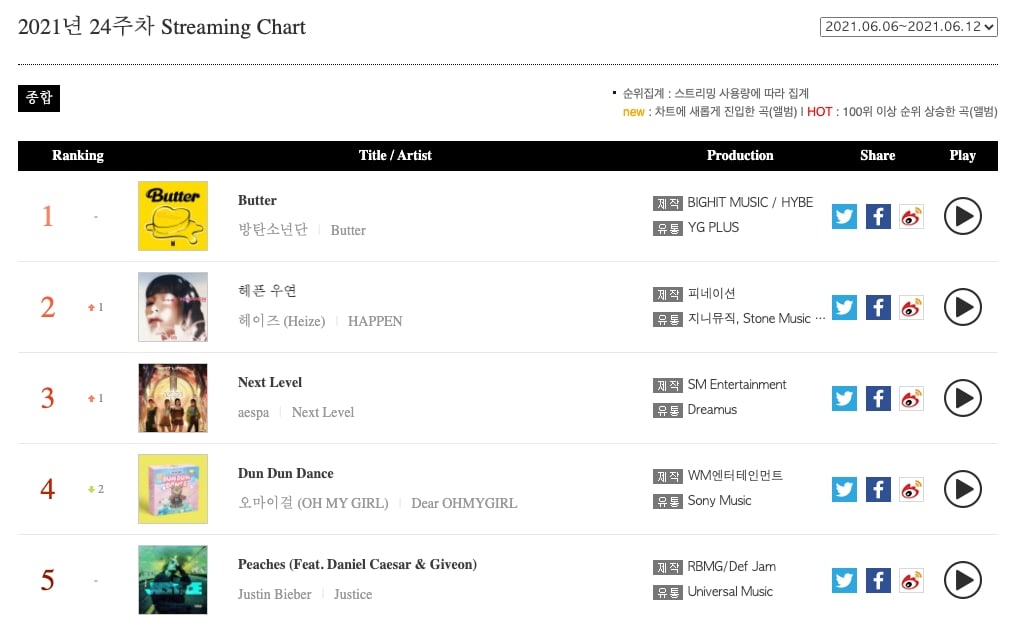 BTS held on to their position at the top of Gaon’s Social Chart 2.0, and BLACKPINK and Lim Young Woong also both maintained their rankings at No. 2 and No. 3, respectively. EXO shot up to No. 4 on the chart, followed by TWICE at No. 5. 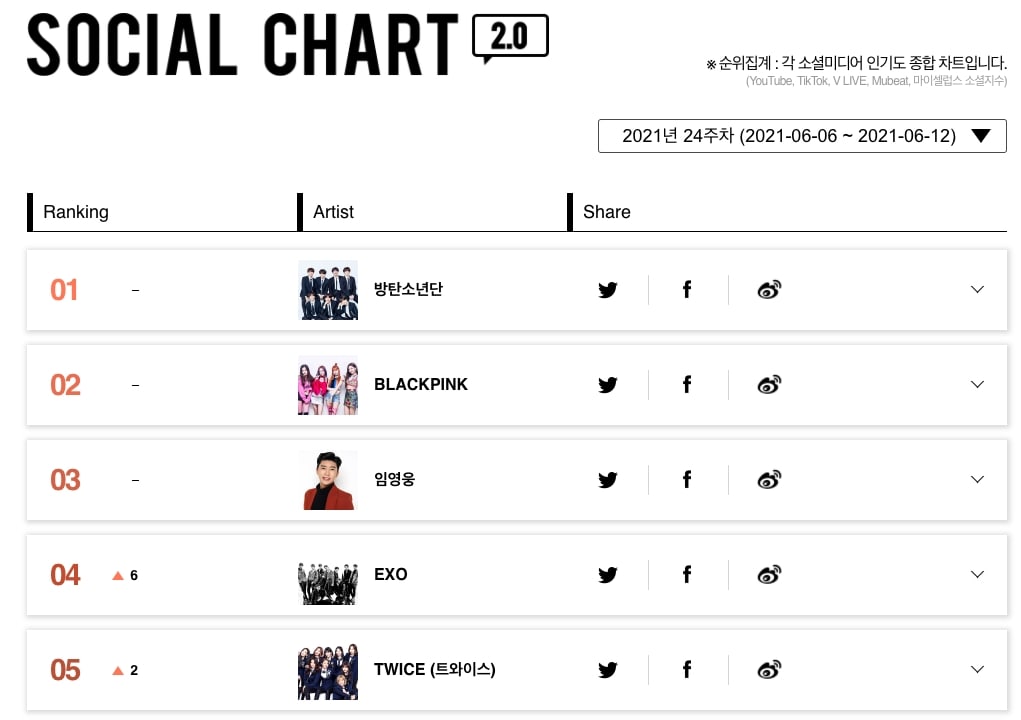