Korean Idols Who Have Shared The Spotlight With Their Siblings

The Korean entertainment industry is full of talent in every category, from singing and dancing all the way to acting. Better yet, these talented people often hail from the same family – to be precise, they happen to be siblings. You’d think that sibling rivalry might take place, but all we see is a couple of supportive brothers and sisters who encourage each other to thrive in their respective careers.

Without further ado, here is a rich selection bringing together a handful of Korean idols who have shared the spotlight with their siblings.

The Woo brothers share both affinity and talent when it comes to rapping, composing, and producing. Zico (birth name Woo Ji Ho) has been in the spotlight for a decade now. He debuted in 2011 as Block B’s leader all while launching his solo career in parallel, which he continued independently after leaving his label to start his own company. Similarly, Taewoon (birth name Woo Ji Seok) also kickstarted his career as a member of Coed school in 2010 and as the leader of boy group SPEED in 2012, only to leave in order to pursue a solo act. As of 2015, he joined MillionMarket as a music producer under the monicker ₩uNo.

Watch Zico and Taewoon tease each other in this clip:

The two sisters have different yet equally thriving careers. Jeongyeon became an idol in 2015 when she joined TWICE, which rose in popularity shortly following their debut, and the group’s fame has been maintained to this day. Meanwhile, her older sister Gong Seung Yeon witnessed her career skyrocket in 2015 as well after debuting as an actress back in 2012. Some of her best works include “Six Flying Dragons,” “Are You Human Too?” plus “Flower Crew: Joseon Marriage Agency.”

Seung Woo walked in the initial footsteps of his sister, entering the idol world. He is a member of VICTON and participated in “Produce X 101,” which landed him a spot in the boy group X1. He made his solo debut last year and he is enlisting to serve in the military on July 26. Han Sun Hwa was part of the idol group Secret, before she left and focused on her acting career. Some of her notable works include “God’s Gift – 14 days,” “Marriage, Not Dating,” and “My husband, Mr Oh.”

Watch the Han siblings in this joint interview:

The siblings’ careers were launched around the same time back in the mid to late 2000s. Dara joined 2NE1 as their visual and vocalist and soared in popularity along with her members until their disbandment in 2016. She starred in movies (“Cheese In The Trap“), web dramas (“We Broke Up”), made cameos (“Happy Once Again“), and appeared in variety shows as well. She also launched her YouTube channel “Dara TV” where she shares bits of her daily life with her fans. Her brother Thunder was a member of MBLAQ but he left the group to study music and launched his solo career later on. He also got into acting as well.

Watch Dara and Thunder go on a sibling trip together:

The sisters were welcomed into the entertainment world under the same agency, both joining girl groups under SM Entertainment. Jessica was part of Girl’s Generation while Krystal joined f(x). After no longer being part of her group, Jessica focused on her solo singing career. In parallel with her idol life, Krystal took on a few roles since her early years. She left her agency following the expiry of her contract last year and has since focused on polishing her acting career. Some of her latest roles include “Search” and “More Than Family.”

What’s better than a coed group, you say? A sibling coed group! Chanhyuk and Suhyun have blessed their fans with outstanding music since the beginning of their career back in 2014, and they have been slaying ever since. Suhyun started a YouTube channel in parallel with her idol activities, and Chanhyuk has had a promising career as composer, producer, and author. Their latest comeback “Happening” took place after he completed his military service.

Watch Suhyun interview her brother in celebration of his first novel being published:

Although both siblings are in different categories of the entertainment industry, they are independently popular. J-Hope has been part of BTS since 2013, whose worldwide achievements need no introduction. As for Jiwoo, she is a popular YouTuber and fashion influencer who currently runs her own fashion company and online shopping mall. A few months back, she signed an exclusive contract with Cube Entertainment. 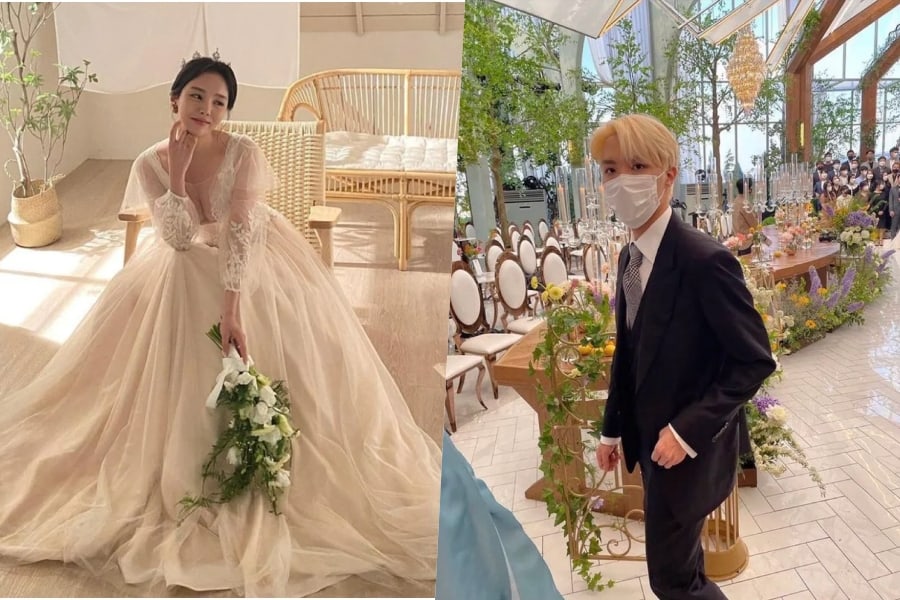 After participating together in “SIXTEEN,” these two sisters have been shining separately in their respective groups. Chaeryeong is ITZY’s main dancer, vocalist, and rapper and debuted in 2019. Meanwhile, Lee Chae Yeon was a dancer and a vocalist in IZ*ONE, which recently disbanded following the end of their contract. However, negotiations are currently taking place to bring the group back.

Watch these talented sisters perform side by side at the 2020 KBS Song Festival:

Which Korean celebrity sibling duo is your favorite? Let us know in the comments below!