Directed by Kim Ji Hoon, “Sinkhole” is a disaster comedy film about a man named Park Dong Won (Kim Sung Kyun), who finally buys a house after 11 years only to have it fall into a sinkhole within a minute. Trapped in the sinkhole with his neighbor, Jung Man Soo (Cha Seung Won), and the other guests, he must find a way out before the sinkhole fills with water.

The first still shows the scale of the movie with a depiction of the giant sinkhole that has opened up in the heart of Seoul. Although the buildings around the sinkhole remain standing, the apartment at the heart has collapsed 500 meters (about 1640 feet) down and not a trace remains to be seen.

The other stills show the cast members Cha Seung Won, Kim Sung Kyun, Lee Kwang Soo, and Kim Hye Joon in the panic-stricken moments before their building collapses into a sinkhole. The images focus on Jung Man Soo, a man with strong survival instincts who juggles three jobs for the sake of his son, who is his sole family member, and Park Dong Won, a man who finally succeeds in getting his own house, right before their ordinary lives collapse into chaos. Other guests at Park Dong Won’s housewarming party who get caught in the disaster include Deputy Kim (Lee Kwang Soo) and Intern Eun Joo (Kim Hye Joon), who are Park Dong Won’s colleagues at his company. 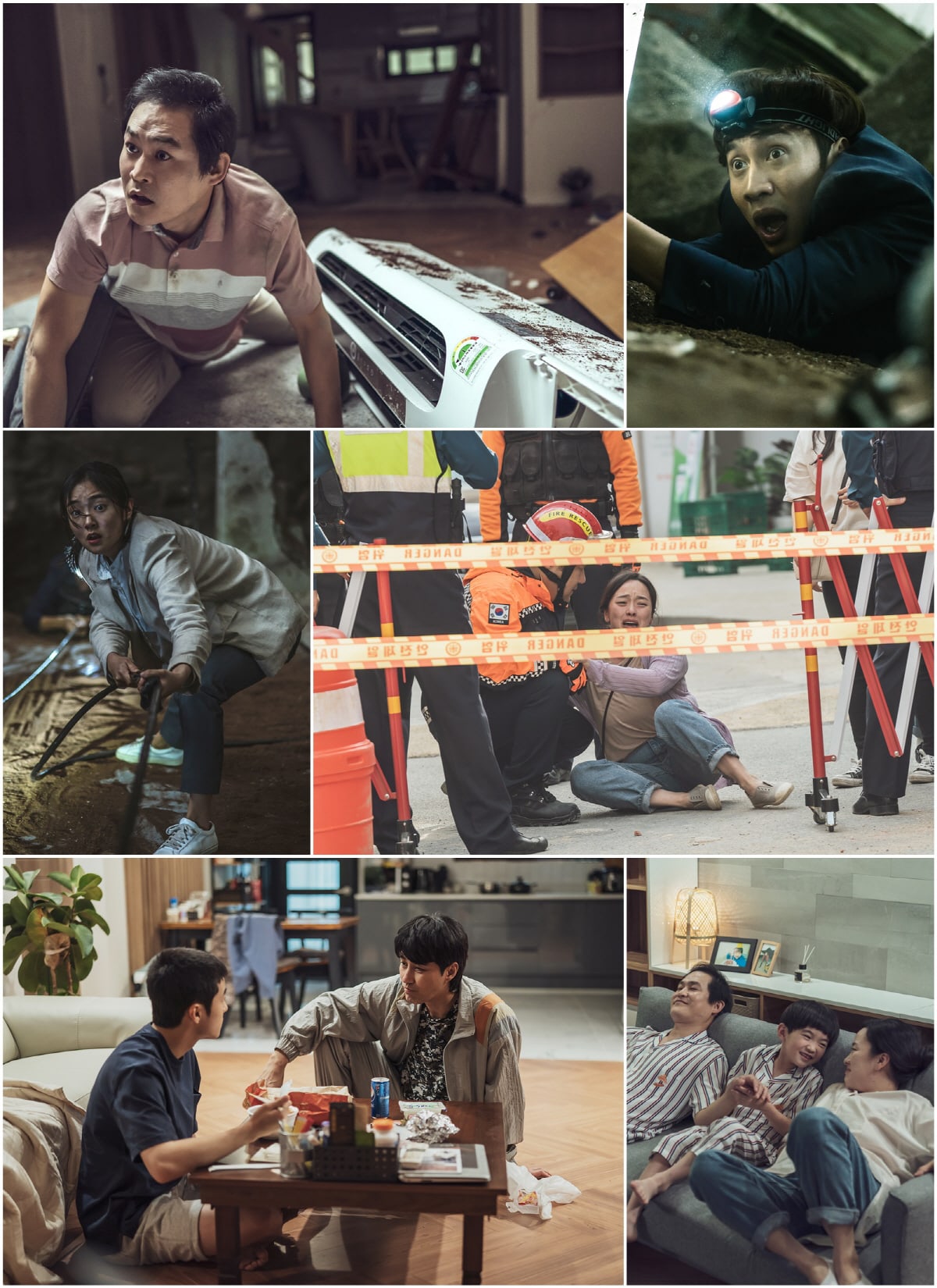 Director Kim Ji Hoon said, “I tried to show a situation in which ordinary people suddenly get caught in a disaster. Instead of focusing on the natural disaster itself, I wanted to show how people dealt with the situation and got through it.”

“Sinkhole,” whose original premiere was delayed due to the pandemic, will now premiere in theaters on August 11.