Korean Actor Siblings Who Shine On Our Screens

Korean movies and dramas are one of the most praised and equally successful productions in the global film and TV show industry. None of this would’ve been possible if it weren’t for the brilliant actors who deliver their roles with finesse and blow our minds with their incredible talent.

There’s a proverb that says good things come in pairs, and with actor siblings, this can definitely apply. You’ve got double the talent and double the entertainment in one family! This being said, here is a list of Korean actor siblings who have shined on our screens.

Lee Yoo Bi and Lee Da In both followed in the footsteps of their mother, veteran actress Kyun Mi Ri. But the two sisters kept their relationship with their mother a secret for as long as possible. Lee Yoo Bi starred in works such as “The Innocent Man,” “Pinocchio,” and most recently, “Best Friend.” As for Lee Da In, her works include “Hwarang,” “Come and Hug Me,” “Doctor Prisoner,” and “Alice.” The two sisters have a tight relationship and are very supportive of each other’s acting careers.

Watch Lee Da In lovingly talk about her sister:

Kim Tae Hee’s career goes way back, with many successful releases under her belt. “Hi Bye, Mama!” is her latest drama to date whereas her earliest works include “My Princess” and “Stairway to Heaven.” Her brother Lee Wan was involved in the latter as well (he played the role of her sibling) but he initially hid the fact that he was related to Kim Tae Hee. He can also be seen in the movie “Northern Limit Line” among other works. As seen on interviews and variety shows, the siblings are used to teasing and making fun of each other.

Get to know the beginnings of the two siblings in the entertainment industry:

Jang Nara is another renowned actress who continues to impress on the small screen. “School 2013,” “Fated To Love You,” and “I Remember You” are some of her previous works, with “Oh My Baby” and “Sell Your Haunted House” being the latest addition to her filmography. Jang Sung Won himself has a very versatile filmography with movies such as “To Sir with Love” and “Secret Travel,” as well as dramas like “Gogh, The Starry Night,” “Men are Men,” and most recently “Dark Hole.” The siblings actually happen to be fathered by veteran theater actor Joo Ho Sung. While the siblings aren’t seen much publicly, they’re definitely present in each other’s lives. 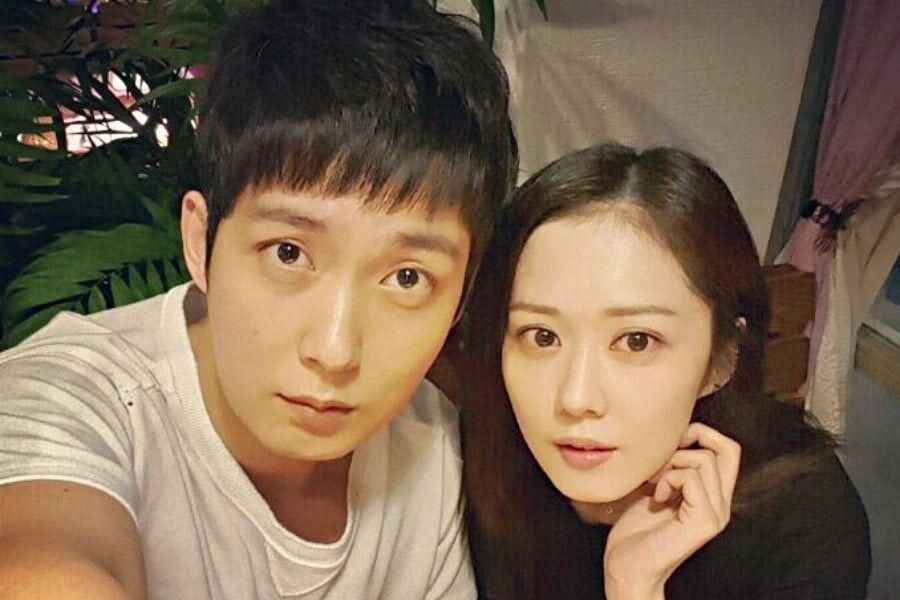 Kim Yoo Jung has been polishing her acting career throughout the years. “Jewel in the Crown,” “The Moon Embracing the Sun,” and “Commitment” are some of her works as she was growing up. She later starred in a handful of dramas such as “Love in the Moonlight,” “Because I Love You,” and “Clean with Passion for Now.” Her older sister Kim Yeon Jung became an actress in 2016, taking on small parts in movies such as “Train to Busan” and “Roman Holiday.” She later landed a supporting role in “Secret Crushes: Special Edition.” The two sisters have always been pretty close, with Kim Yeon Jung being part of Kim Yoo Jung’s public life long before she joined the industry as an actress herself.

Here is a brief introduction of Kim Yeon Jung as she stepped into the spotlight:

Gong Myung happens to be a member of Korea’s first actor group 5urprise. He has many memorable roles such as “Entertainer,” “The Happy Loner,” “Revolutionary Love,” and “Melo is My Nature.” His younger brother and NCT member Doyoung is also kickstarting his acting career, with his first role being in the web drama “Cafe Midnight Season 3: The Curious Stalker.” The two brothers share a very strong relationship and are a delight to watch together on-screen.

Watch Gong Myung and Doyoung have fun in this interview:

Choi Soo Jin is a voice and musical theater actress who has been active since 1997. She has dubbed many movies, particularly “Seven” and “I Still Know What You Did Last Summer.” Her younger sister is Girls’ Generation’s Sooyoung, who has been building her acting career in parallel with her idol activities. Some of her works include “Tell Me What You Saw,” “New Year Blues,” and “So I Married the Anti-Fan.” The lovely sisters are inseparable and they show a lot of support to each other in their personal and professional lives.

Kim Jae Kyung is an idol-turned-actress who has landed roles in “Noble, My Love,” “The Secret Life of my Secretary,” and the currently airing drama “The Devil Judge.” Her younger brother Jae Hyun also has a dual career as a member of N.Flying and as an actor. He guest-starred in “Weightlifting Fairy Kim Bok Joo” and landed lead roles in “All-Boys High,” “Big Picture House,” and “Half-Fifty.” Because they have different personalities, Jae Kyung is very protective of her brother and always looks out for his best interest.

Learn more about these loving siblings in the clip below:

Which Korean actor sibling duo is your favorite? Let us know in the comments below!