Jeong Jinwoon Talks About Upcoming Film Debut, Preparing For 2AM Comeback, And More

2AM’s Jeong Jinwoon talked about his plans for the future!

In a recent interview, Jeong Jinwoon touched upon 2AM’s comeback. He shared, “Since it’s very meaningful, there’s just as much burden.” After debuting in 2008, the four-member group released hit songs including “Never Let You Go,” “This Song,” “You Wouldn’t Answer My Calls,” and “I Was Wrong.” Following his discharge from the military in October 2020, Jeong Jinwoon was confirmed to star in the upcoming film “I Can Only See.” 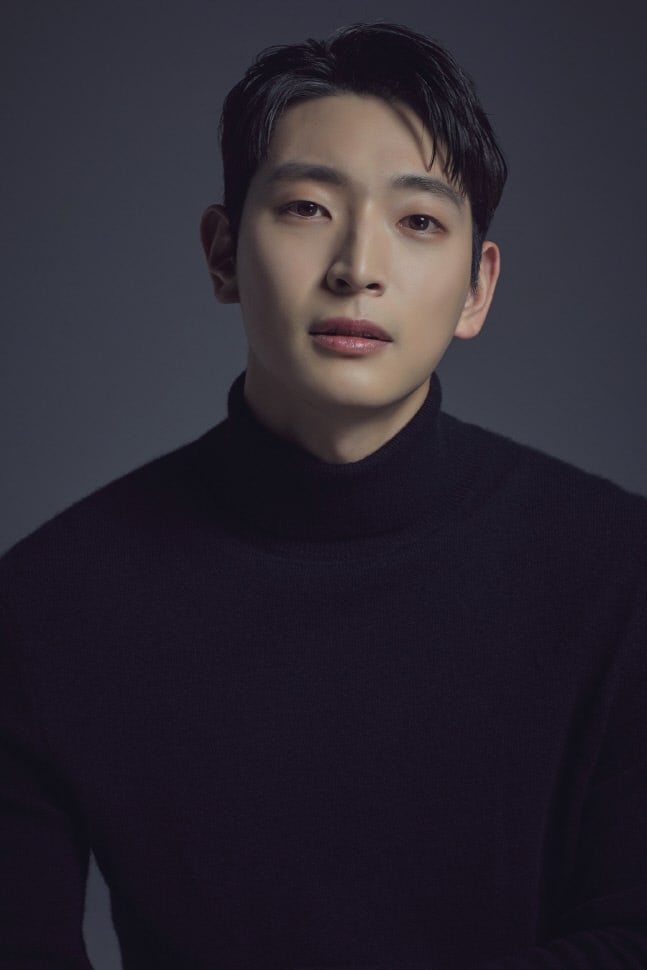 “I Can Only See” is a comic horror film that tells the story of what occurs when film director Jang Geun (Jeong Jinwoon), who just graduated from school, goes to film at an abandoned hotel with his co-workers. Jeong Jinwoon shared, “I felt more burdened the more I thought about it, so I thought I should take on the task as comfortably and concisely as I could,” adding that he felt more comfortable after talking with the director. Since he’s normally easily scared, Jeong Jinwoon honestly revealed, “I was really terrified while filming the movie. Since it’s an abandoned hotel, there were a lot of common household necessities rolling around, and since the bathroom was outside, I felt as if something would come out if I turned around.”

He continued, “I thought the character would come to life more if he looked chubby, so I gained weight, but I regretted it, wondering if it was all for naught. I also copied the hairstyle and padded jacket style I saw a lot in the film department, but it didn’t suit me as well as I thought it would.” The actor explained, “For the role of Jang Geun, I copied a lot of habits famous directors have. I wanted to express the pretentiousness of a rookie copying a famous film director. I actually tried to reference directors Shim Geun Ho and Lee Eung Bok.” 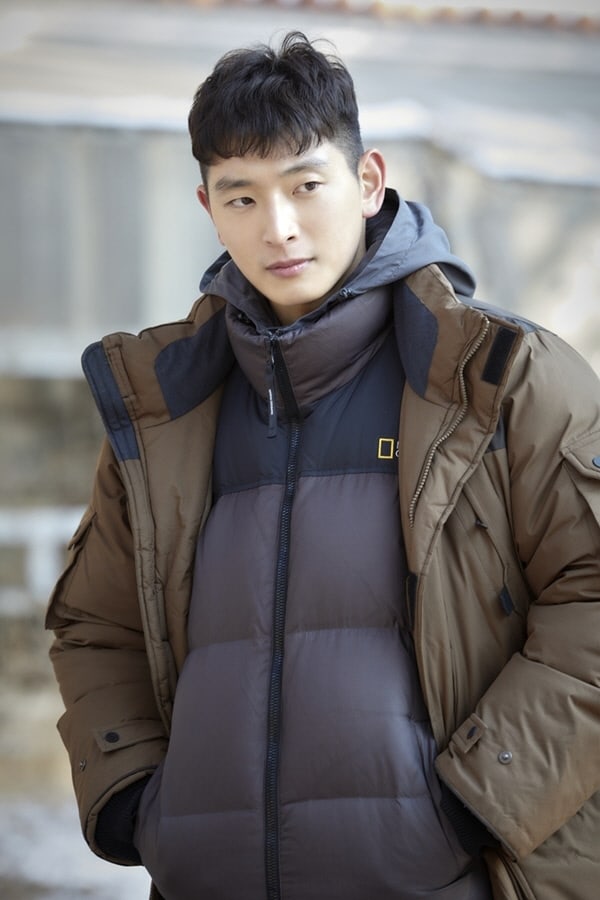 Jeong Jinwoon shared that he is similar to Jang Geun because they are both easily influenced by others’ opinions. He explained that Jang Geun is a character who pretends to be stubborn in front of others but remembers everything he’s told and fixes himself based on the feedback.

Regarding 2AM’s upcoming comeback, Jeong Jinwoon shared, “I think it’ll be soon. I’m itching to say something, but we’re still planning it. The 2AM members are working together with one mind.” 2AM’s new release will be their first comeback in approximately seven years since their third studio album “Let’s Talk” in 2014.

Jeong Jinwoon commented, “In the past, there were times when actors who started out as singers started off hearing bad things. There was a sense of separation to the extent that I wondered if people really had go that far, but [acting] has become easier thanks to our peers and seniors who have paved the road nicely.” 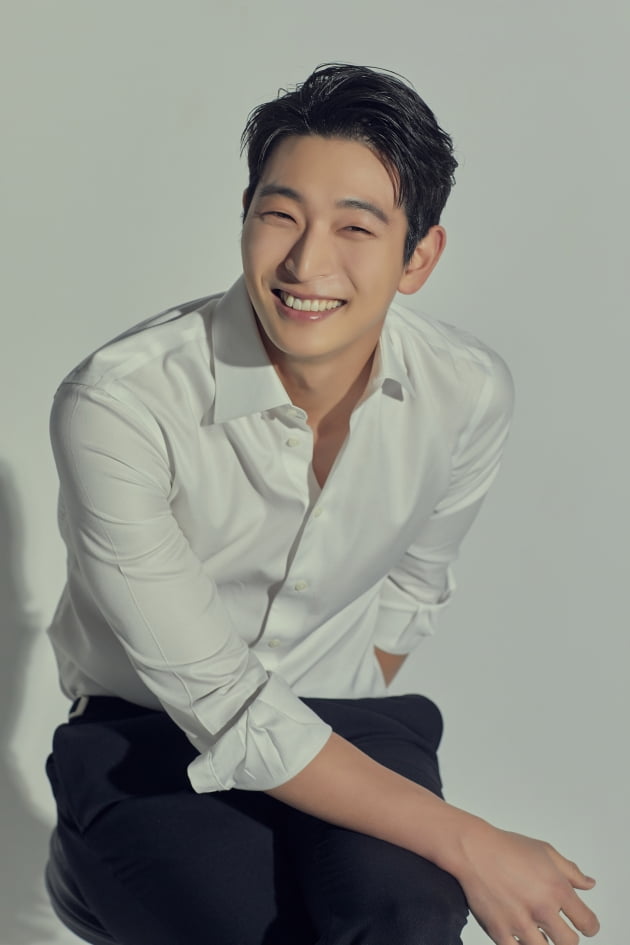 On the difference between working as an actor and a singer, Jeong Jinwoon shared that he feels satisfied when he wraps up acting without losing focus. He explained, “When I’m lost in a lot of worries and I see the connected scenes fall right into place, there’s a feeling of catharsis. When I go on variety shows or sing, things either flow as I expect them to or a fun situation occurs around me. What’s different with acting is that I have to carry on a given scenario and add more to it.”

Jeong Jinwoon also talked about his military life, sharing, “After turning off the lights following roll call, it felt like the main PD (producing director) and broadcasting writers would come in. There were a lot of fellow soldiers who did music because I served in the military band, so it felt like there would be observational cameras. I spent six months thinking like that. I strangely liked morning roll call.” Briefly commenting on his breakup with former 9MUSES member Kyungri, Jeong Jinwoon shared, “It was a big aspect in my life’s joys and sorrows, and I won’t purposefully bring up the thought, but since memories are precious, I won’t try to extinguish them.” 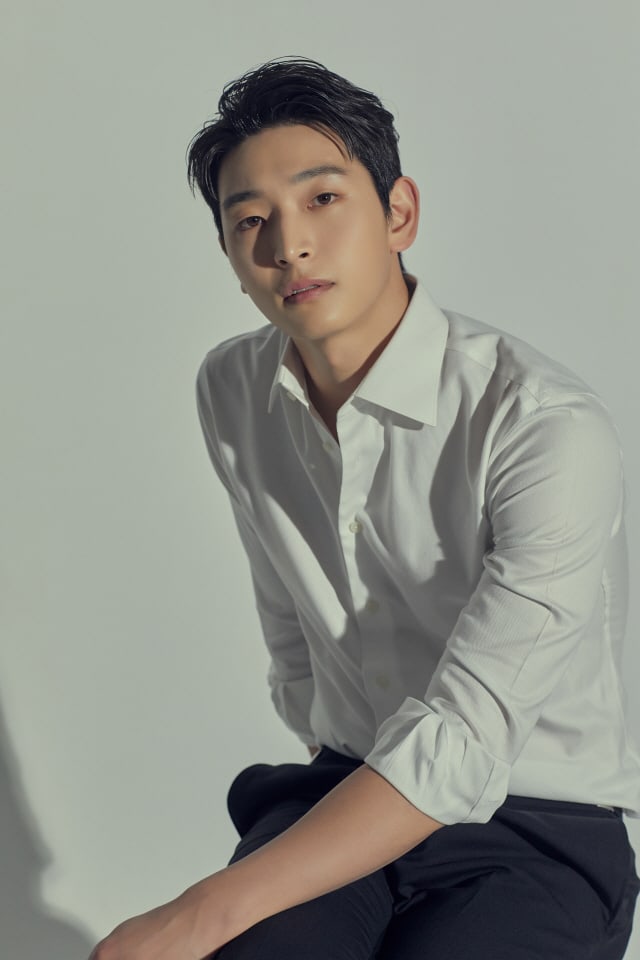 The artist also explained that he had fun working alone and had a lot of complicated thoughts when working with others. Jeong Jinwoon explained, “I’m most passionate when making my own music. I throw away a lot of my own ambition when I promote with 2AM or work on OSTs. Since it’s music that has to fulfill needs, I only make music that the person wants, but in my music, I fill it to the brim with my desires. When working with the band, I get greedy, so I bicker a lot with the band members.”

Finally, Jeong Jinwoon commented on his upcoming film. He explained, “On this path I’ve continuously been walking on, I feel as if I’ve become a new person. I feel as if I’ve been completely flipped around, and I think it’ll leave a substantial mark on me because it’s a project that went through that with me.”

“I Can Only See” is slated to premiere on July 21.

In the meantime, watch Jeong Jinwoon in “Let Me Introduce Her” below:

Jeong Jinwoon
2AM
How does this article make you feel?