In July, Kim Jong Kook shared a video on his personal YouTube channel in which Song Ji Hyo came to his house and they worked out together.

On “Running Man,” Yoo Jae Suk commented, “What are the two of you doing by yourselves at your house? It’s confusing for us.” Kim Jong Kook retorted, “We were working. All of you guys agreed to come on my YouTube channel. It was Song Ji Hyo’s turn and she had the chance to promote her new drama. Don’t force a love line.” 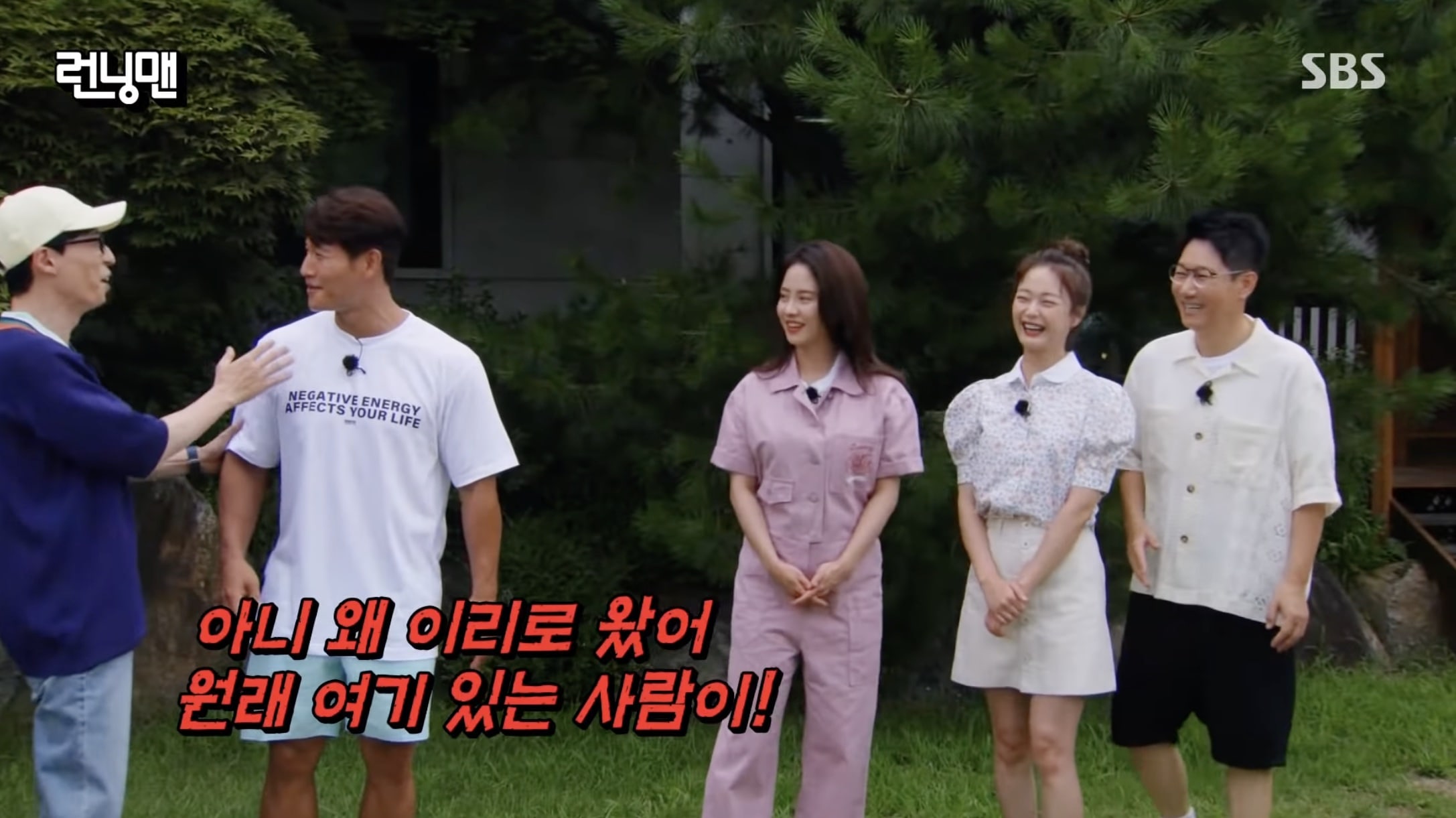 Yoo Jae Suk continued teasing and said, “Of course Song Ji Hyo could appear on your YouTube channel, but she seemed far too comfortable at your house.” Yang Se Chan fanned the flames by adding, “It seemed like her own house.” But Song Ji Hyo said, “It wasn’t that I was comfortable. I was just on the verge of passing out.” When Yang Se Chan asked if she had gone home afterward or slept over as well, both Song Ji Hyo and Kim Jong Kook shot him down.

Yoo Jae Suk then brought up Yoon Eun Hye, who had talked about her old “love line” with Kim Jong Kook on “X-Man” on “Ask Us Anything.” “Yoon Eun Hye has finally spoken,” he said. “She goes on other TV shows but she doesn’t appear on ours.” He joked to Kim Jong Kook, “Even if you’re dating Song Ji Hyo, please keep it secret until Yoon Eun Hye appears on our show. Eun Hye, please come on our show just once.” 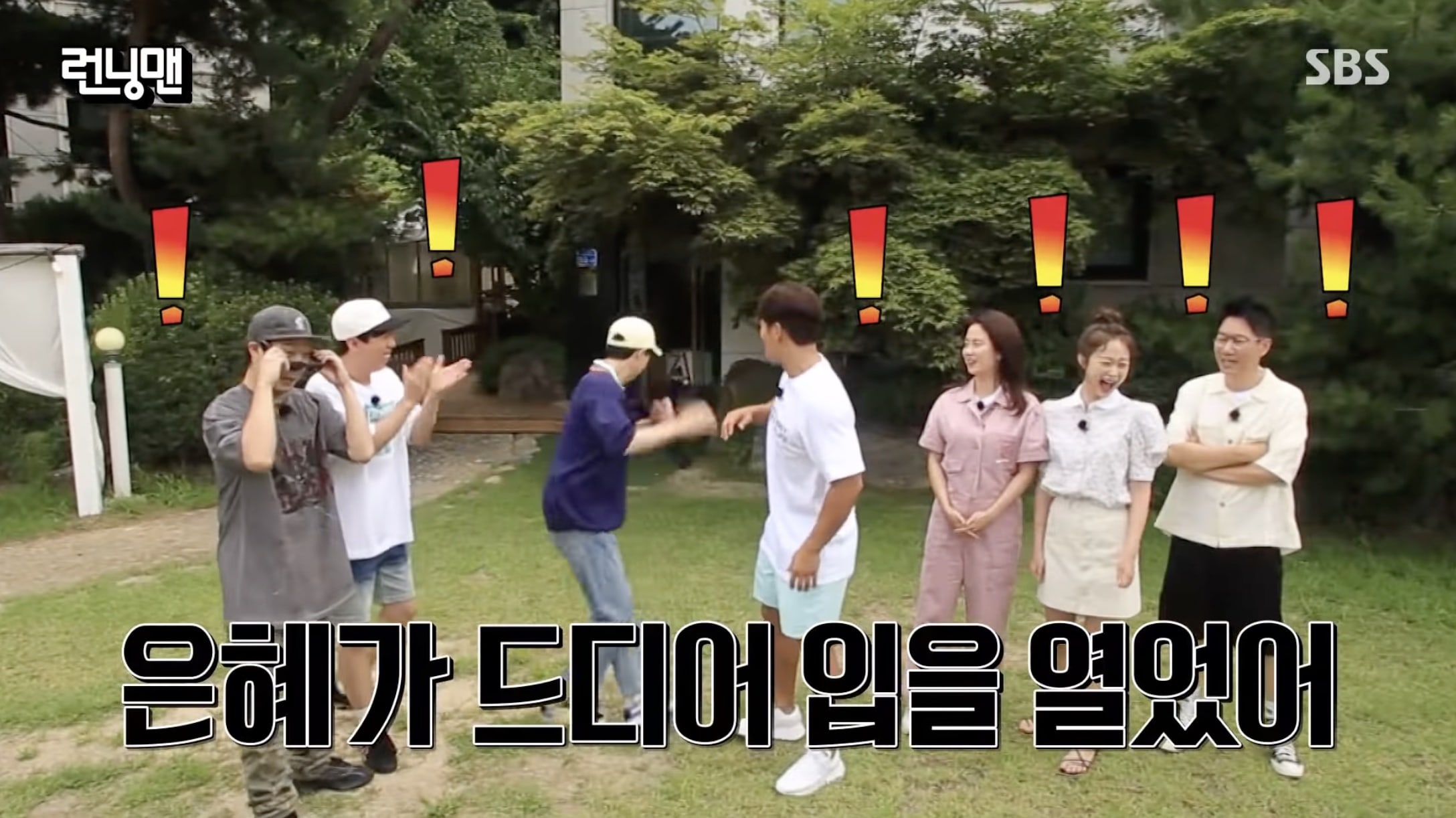 HaHa quipped that Yoo Jae Suk had upped his persistence in teasing after moving agencies and Yoo Jae Suk declared that Kim Jong Kook was his next target (after Lee Kwang Soo stepped down). “It’s going to be difficult, but I will attempt it,” he said in mock seriousness. 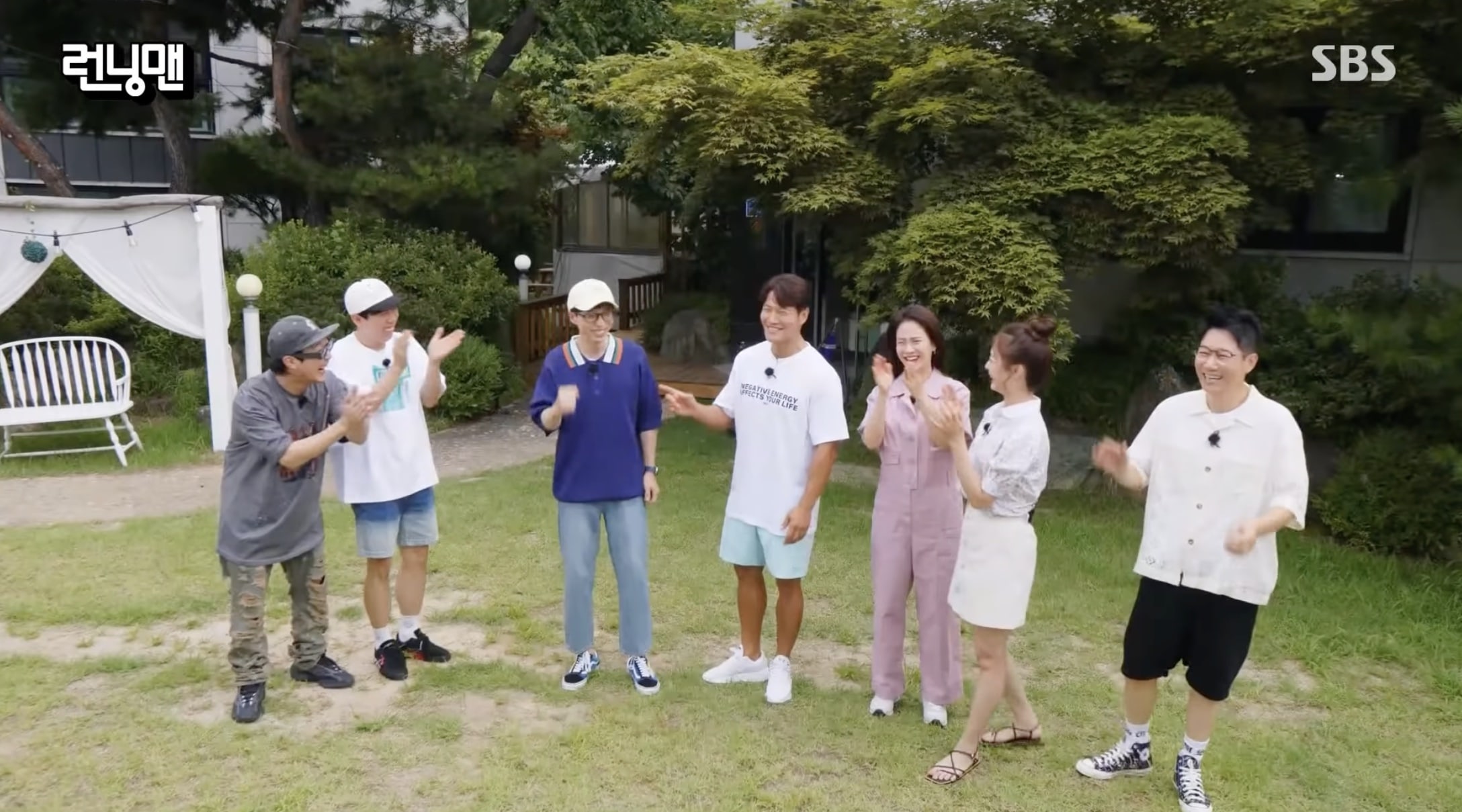