On the August 15 episode of SBS’s “My Little Old Boy,” Lee Kwang Soo continued his appearance as a special MC on the show.

During the episode, Lee Kwang Soo talked about his sister, who is three years younger than he is. “We’re good now, but we used to fight a lot when we were kids,” he said.

Previously, Lee Kwang Soo had said that his sister had turned over a new leaf after getting plastic surgery. Asked about his sister’s reaction to his words, he said, “She took a screenshot of the moment and sent it to me with a question mark.” Furthermore, Lee Kwang Soo shared that the plastic surgeon that his sister had gone to was Kim Jong Kook’s older brother, Kim Jong Myung. He quipped, “Thanks to Kim Jong Kook’s older brother, my sister got married and is living a new life.” 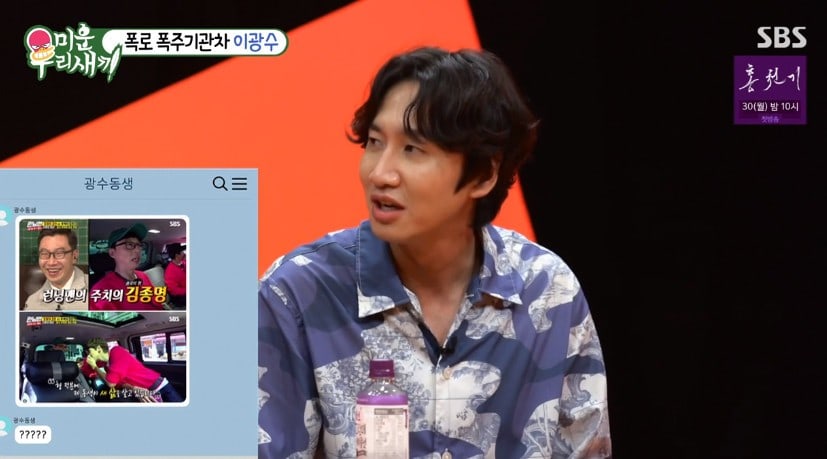 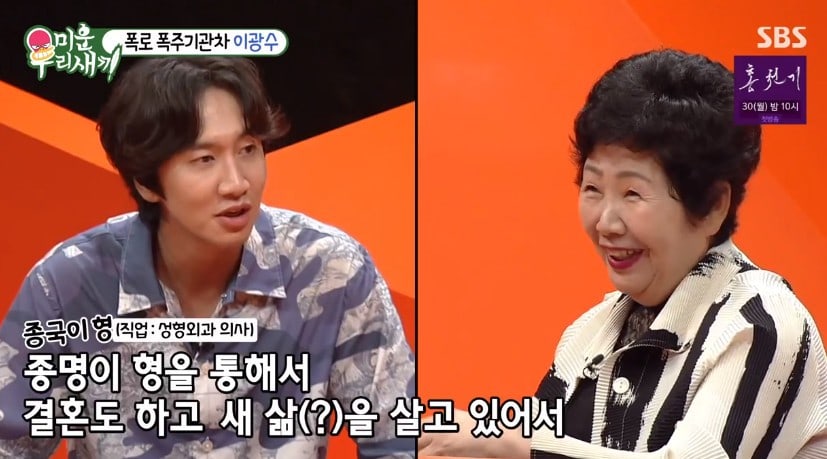 Lee Kwang Soo talked more about his relationship with his sister, saying, “She hides the fact that I’m her brother. When we were kids, she was always stealing things from me. If I hid money in my pencil sharpener, somehow she’d find it and take it. I teased her a lot and since she couldn’t win against me by force, she would swear at me, but I’d record her swearing and give the file to our parents.”

He then shared an interesting story of how he almost introduced his sister to Kim Jong Kook. “I think that Kim Jong Kook is good husband material, so I said to him once, ‘It would be funny if we became family.’ I told my sister too and suggested that we have a meal together.” He added jokingly, “But after I showed him a photo of her, he didn’t talk about it much. Since we’re family, we look pretty similar. This was before my sister met his brother [as a plastic surgeon].” 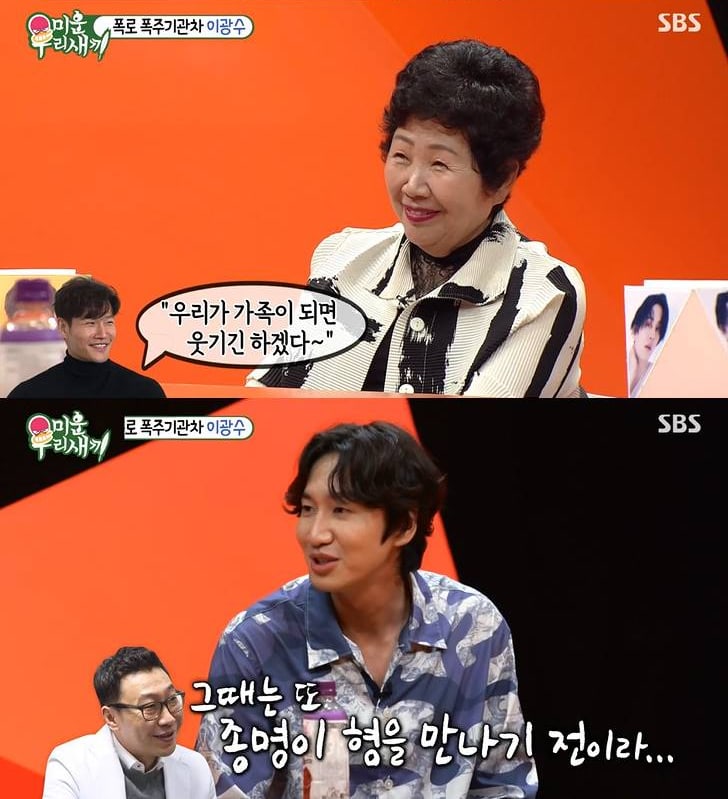