SEVENTEEN’s Hoshi Talks About His Dynamic With The Group, Producing Songs During Lockdown, And More

In the interview that followed the photo shoot, Hoshi talked about his career as an artist. Regarding the new HYBE building, Hoshi shared, “There are practice rooms and studios, so it’s really comfortable because everything can be taken care of inside the building. The environment is really good. The practice room is also very large.” 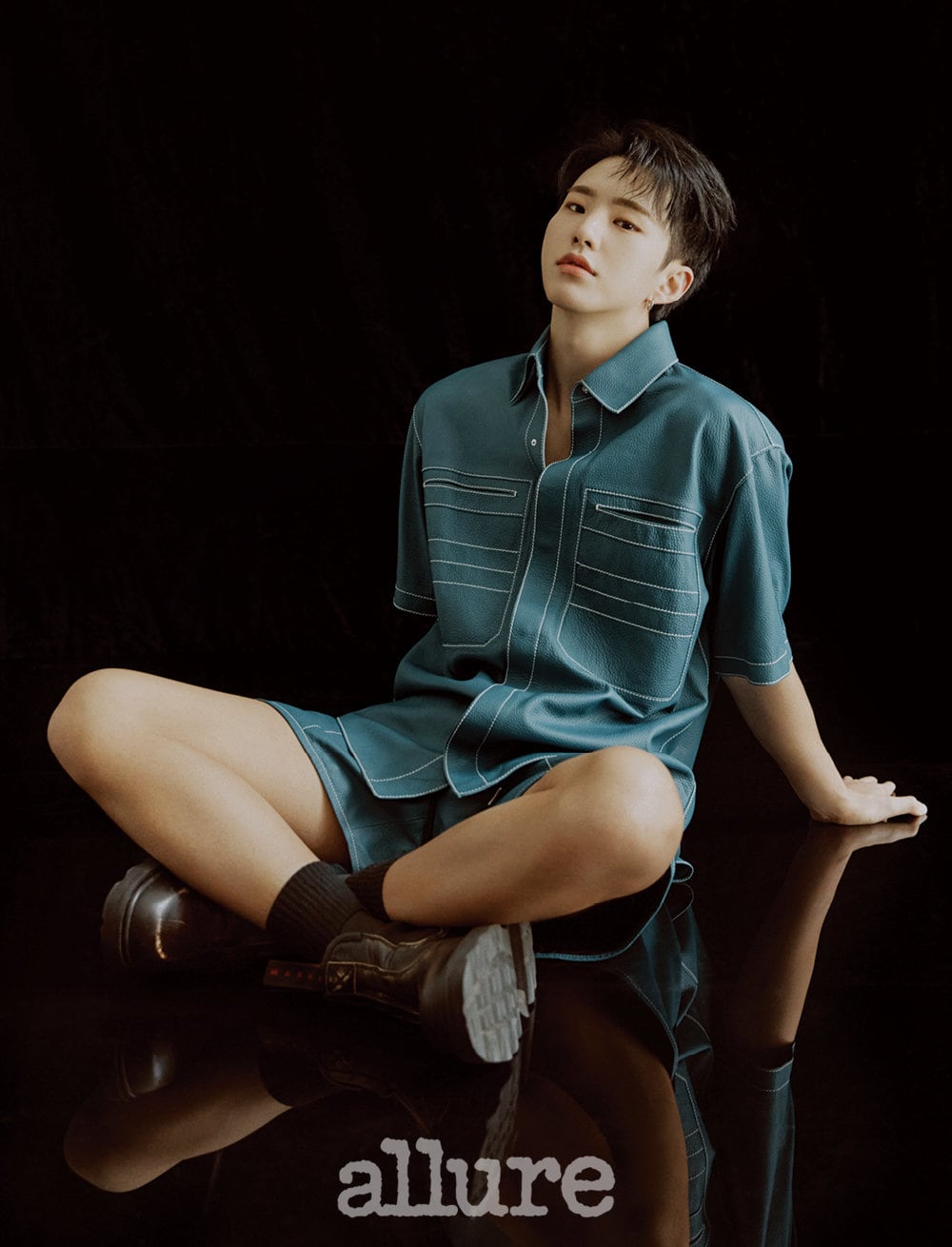 The artist revealed, “I really enjoy photo shoots. It’s very fun. I’m nothing, but they film me beautifully and make me pretty. They do the clothes, photography, hair, and makeup so well. It’s fun because it feels like I’m not me.” The interviewer commented that he is still very Hoshi-like, to which the idol responded, “They make a new me that’s different from the usual.”

Along with photo shoots and performances, Hoshi shared that he enjoys working on producing songs. He commented, “[I enjoy] recording and hearing my voice. Filming YouTube content among us is also really fun. It feels like we’re filming a variety show.” Hoshi recommended watching the “Don’t Lie” series from their YouTube variety show “Going SEVENTEEN.” 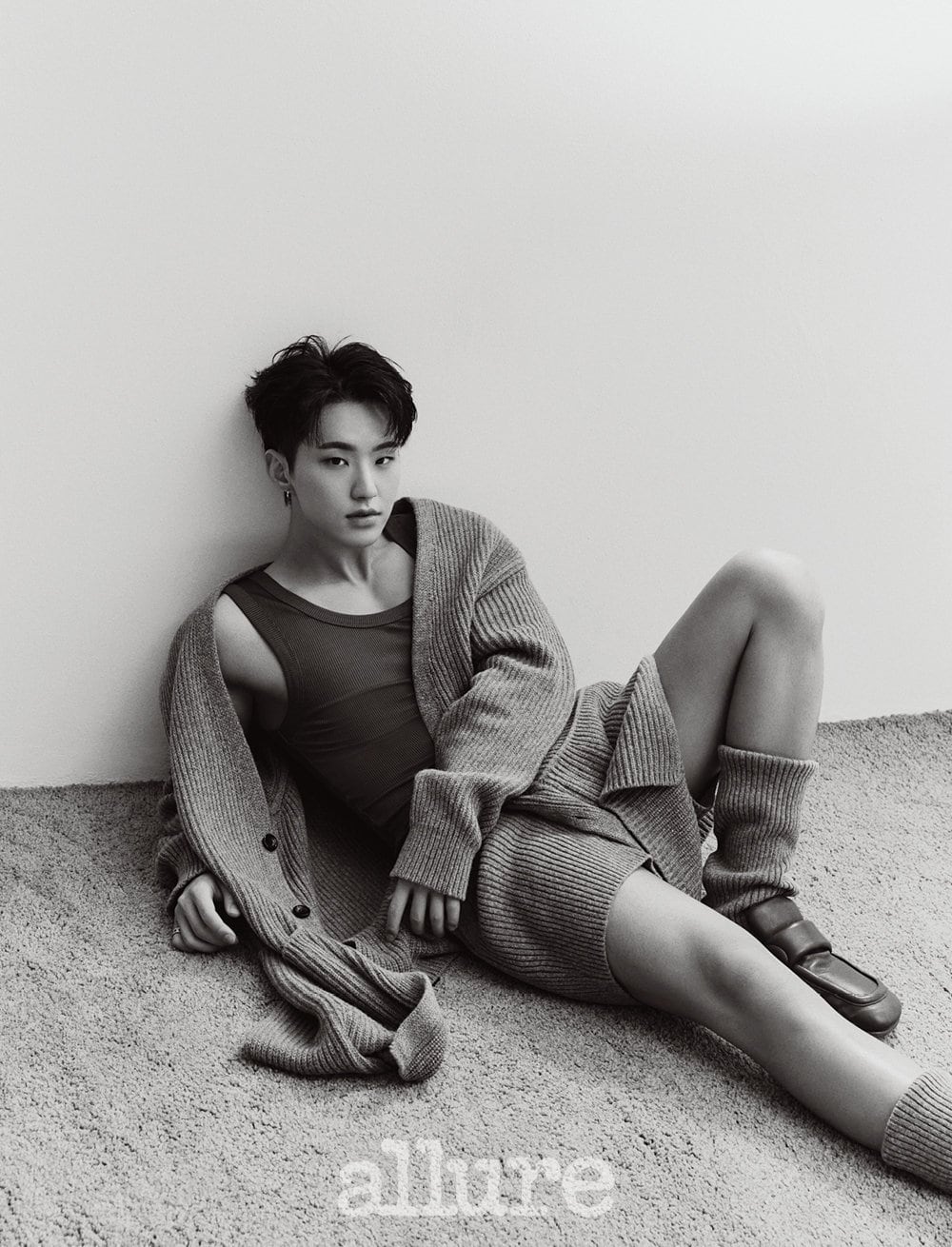 When the interviewer mentioned that he seemed different from the way he acts in the videos during the interview, Hoshi explained, “This is my original personality. However, when I’m with the members, that side of me comes out. I get really honest when I’m with the members. Since we’re a big group, we give off our own unique vibe when we’re together.” He went on to elaborate how the members brought attention to the other members who weren’t speaking as much because screen time is important to all of them. Hoshi added, “We’re all serious when we have a sincere talk. However, when you gather those 13 quiet members in one location, we become beagle-like. Everyone has a lot of desire to be funny.” 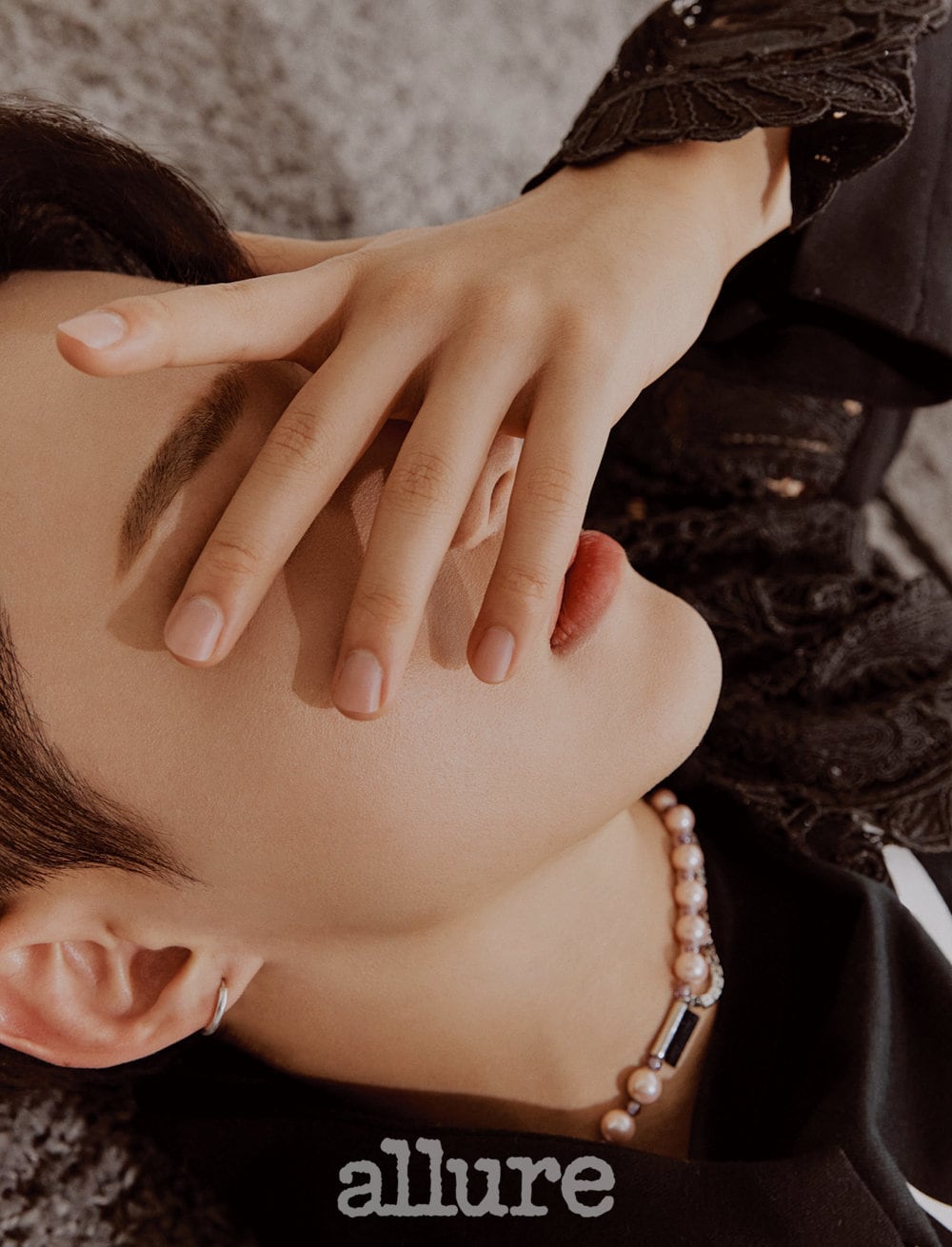 Regarding the differences between group promotions and solo promotions, Hoshi shared that they did their best to showcase each of the members in group performances while maintaining harmony. He elaborated, “With 13 members, there are a lot of movements and formations in which the members have to take turns coming to the front, but in solo performances, I just have to stay in the center and the dancers move while following me to complete the picture, so that aspect is the most different.”

Hoshi revealed, “Having performed ‘Spider‘ on my own, I realized, ‘Ah, I’ve been relying a lot on the members.'” He shared, “I think the degree of fatigue is different for sure. Although I had to be alone for the pre-recording, the members came to visit during the special ‘M Countdown’ stage, so it felt reassuring.” 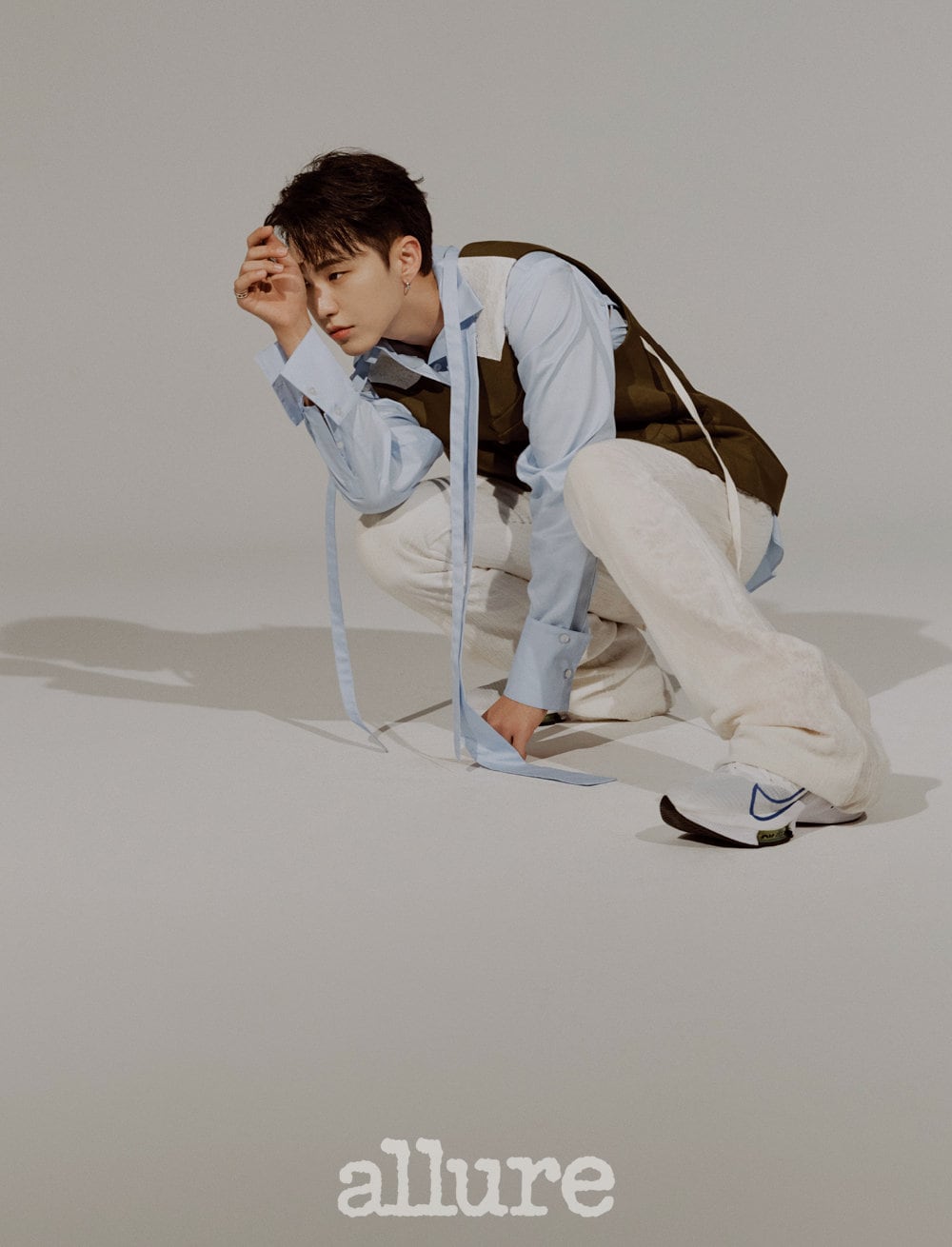 The SEVENTEEN member also highlighted how “Spider” could represent his time in self-quarantine. He shared, “After coming home following the American tour, all the tours were canceled. The Dome tour was canceled, and all the scheduled activities were pushed back around two weeks, so I felt dejected and was depressed for the first time. That’s why I couldn’t really enjoy the break very well while staying in my room.” He continued, “While I was dispirited that I couldn’t perform when I love performing so much, I coincidentally saw our concert video on YouTube and saw Carats [SEVENTEEN’s fan club] endlessly singing our song at the end. I teared up.” 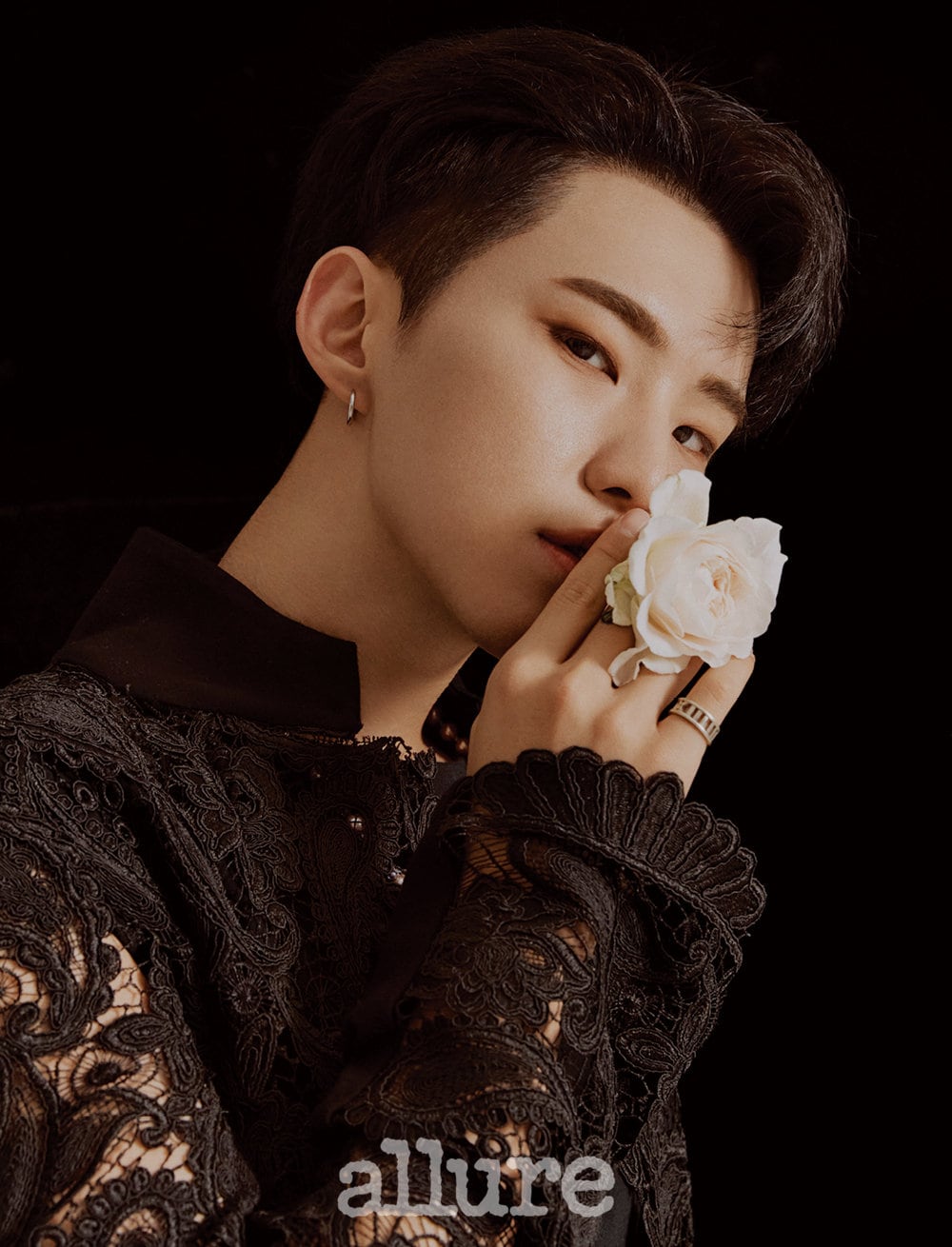 He shared, “I was really happy. They like us without expecting anything back. I was really grateful for that, so I thought of showcasing my voice because this period could be prolonged for a long time.” Hoshi explained, “Our member Woozi is always in the studio. I made at least 10 songs last year while going to hang out often and saying, ‘Ji Hoon [Woozi’s given name], write me a song. Can you teach me how to make a song?'”

The artist highlighted the thought that the advantage of releasing a mixtape is that he didn’t have to feel burdened about getting a good score, even though he still felt the burden of showcasing a good performance. Hoshi revealed that he is satisfied with his performance, adding, “I think I can do better. This could be shocking, but for the first time in six years since my debut, I was filmed lip syncing the lyrics to an entire song in the music video. I’ve only done parts here and there until now. I experienced this for the first time then, so I had a mental crash. I can remember the lyrics if I sing while dancing, but I couldn’t remember the lyrics when I was singing while standing still. It was my first time experiencing that.” 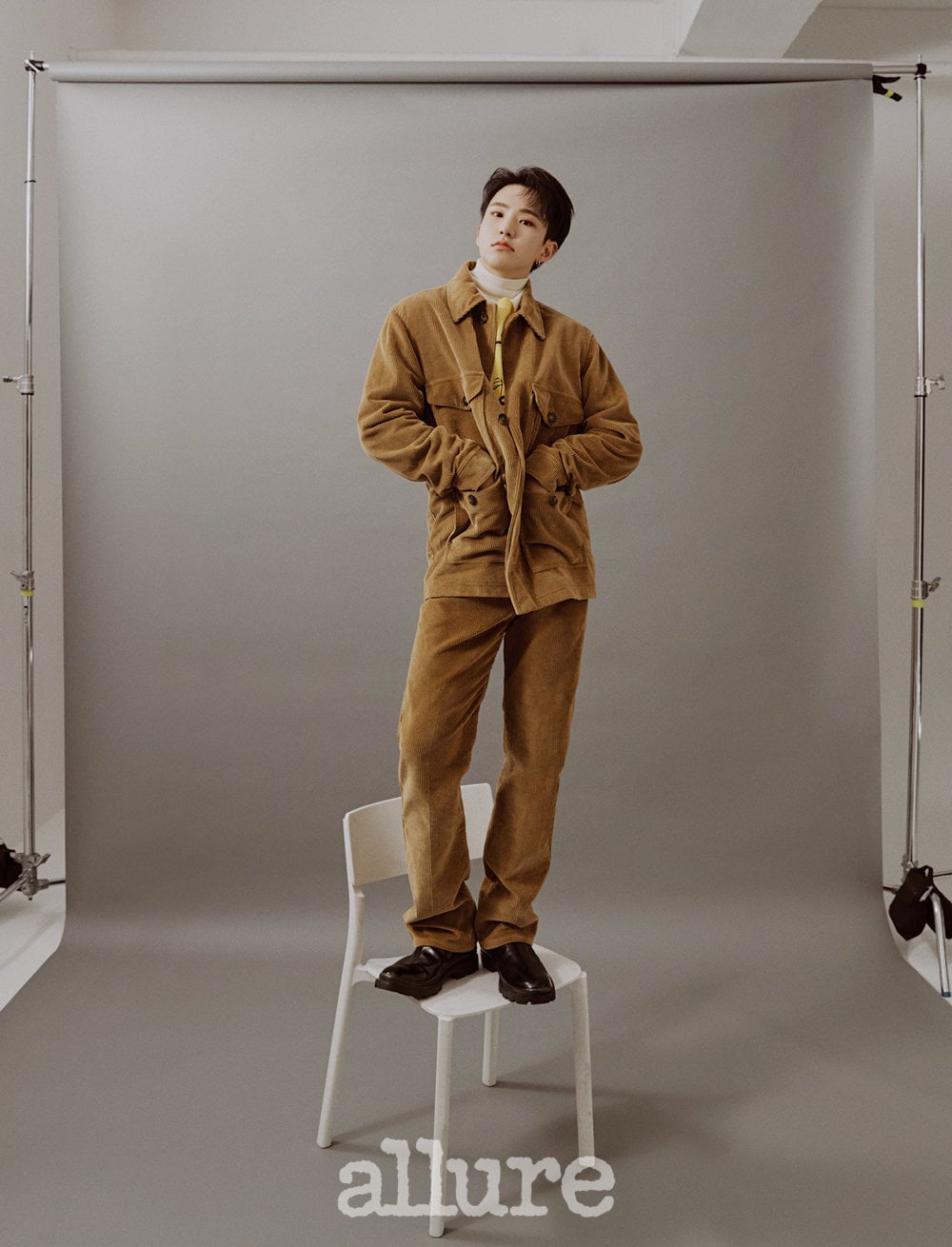 SEVENTEEN
hoshi
Allure
How does this article make you feel?