GOT7’s JAY B Talks About How He Joined H1GHR MUSIC, Topping iTunes Charts With First Solo EP “SOMO:FUME,” And More

JAY B, who shared that it’s his first time at MBC without his members, commented, “I have to fill seven spots by myself. It feels comfortable because our voices aren’t overlapping like before, but I do feel a bit pressured.”

The GOT7 leader officially signed with H1GHR MUSIC in May of this year. He revealed that H1GHR MUSIC’s CEO Jay Park personally reached out to him to recruit him.

JAY B said, “I was looking for an agency to sign with, and when I was about to decide one and sign with them, Jaebum [Jay Park’s Korean name] hyung contacted me. I actually really liked H1GHR MUSIC, so I wanted to meet him and talk to him. I saw him right away on the day we talked, and things changed a lot.”

He expressed his trust in Jay Park, saying, “We talked a lot during the meeting, and I felt that Jaebum hyung‘s thoughts and plans were similar to mine. The atmosphere of the agency is so nice and comfortable. It’s an artist-oriented company, but rather than being proud and conceited, I ask [the staff members] for their opinions.” 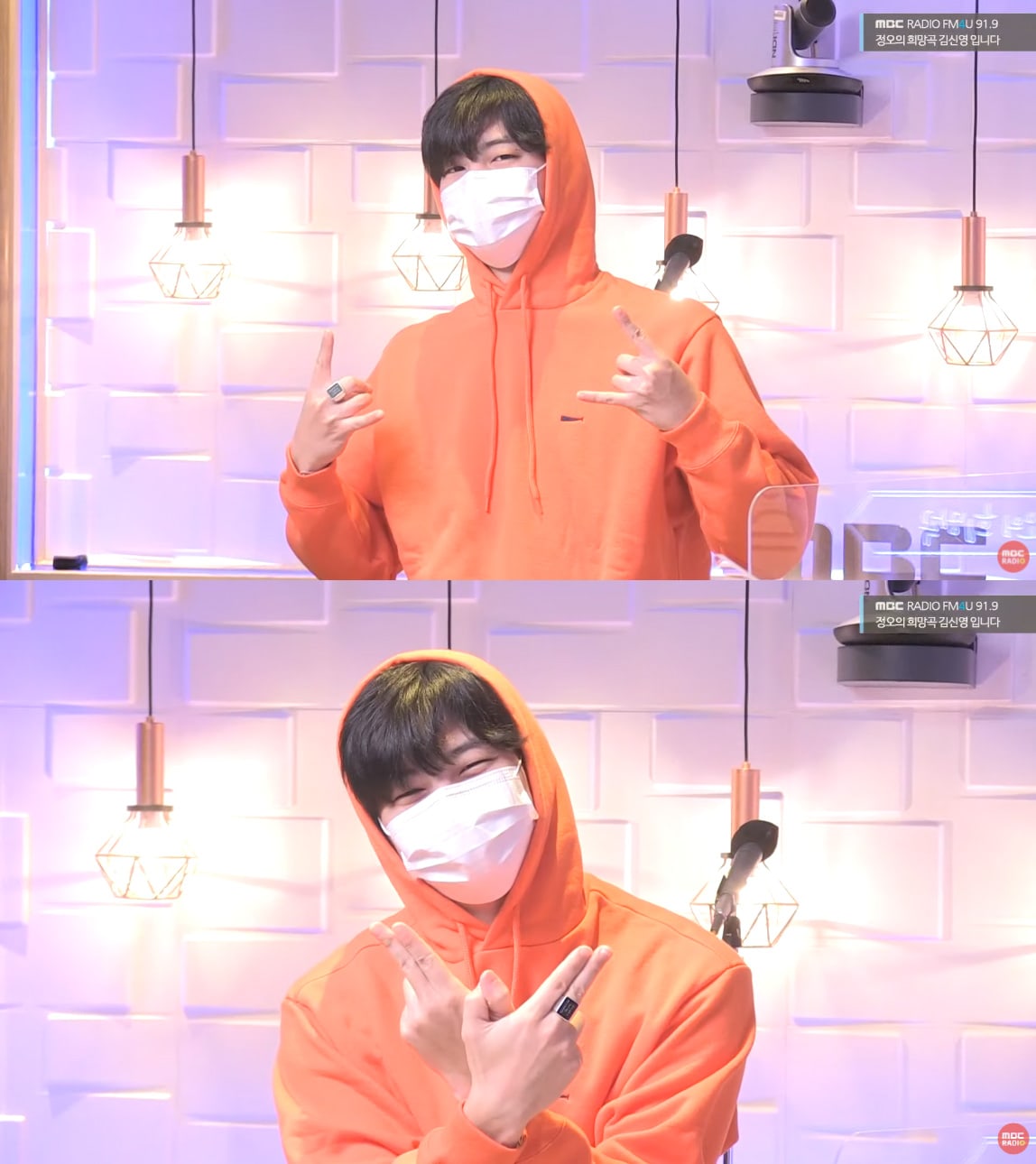 On August 26, JAY B released his first solo EP “SOMO:FUME” along with the music video for the title track “B.T.W.” Soon after its release, “SOMO:FUME” placed No. 1 on iTunes Top Albums charts in 36 regions including the United States, United Kingdom, France, Spain, Thailand, Turkey, Vietnam, and more.

Concerning the achievement, JAY B remarked, “I didn’t know it would [get] this much [love]. I had a low opinion of myself. There was synergy when it was the seven of us, and it was my first time [releasing an album] by myself. Rather than being arrogant and [thinking], ‘this is enough,’ I believed that it wouldn’t receive that [much love] because this was just the first step.”

JAY B didn’t forget to thank MAMAMOO‘s Wheein who featured in his track “AM PM.” He said, “I got to know her through the agency. I asked her to feature in my song, and she sang it much better than I thought.”

Kim Shin Young said she thinks he might become an agency CEO one day, and he responded, “That’s possible, but I’m not confident because I still have to study a lot. Maybe I can create an agency for GOT7 later on.”