Hyun Bin Reflects On His Upcoming Films, Who He Wants To Be In The Future, And More

Hyun Bin recently participated in a pictorial and interview for W Korea!

In the photos, Hyun Bin took some moody and classy shots as he showed off fashionable items by the brand Loro Piana, for which he is their very first brand ambassador. When asked how he felt about the title, Hyun Bin expressed his admiration at the timeless quality of the brand.

As for which items have stood the test of time in his own closet, the actor selected coats. Describing his preference for basic items, he said, “Rather than pieces where you can see the logo, I prefer ones where the logo is hidden, and simple items instead of intricate ones.”

Although Hyun Bin is known as a man of few words, he admitted that the subject of golf is one that can make him more talkative. Talking about why he enjoys the sport, he explained, “I like that I can walk around as much as I like in a place with good air and scenery without worrying about anyone else. Also, when I play golf all the worries in my head disappear. I only focus serenely on that moment.” 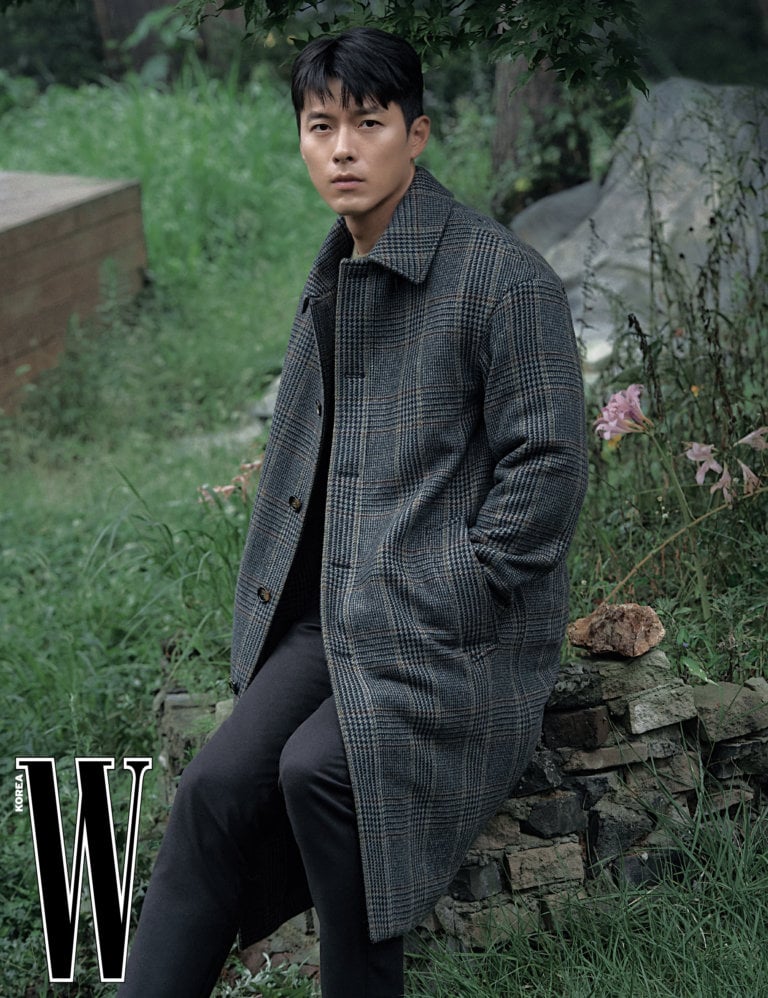 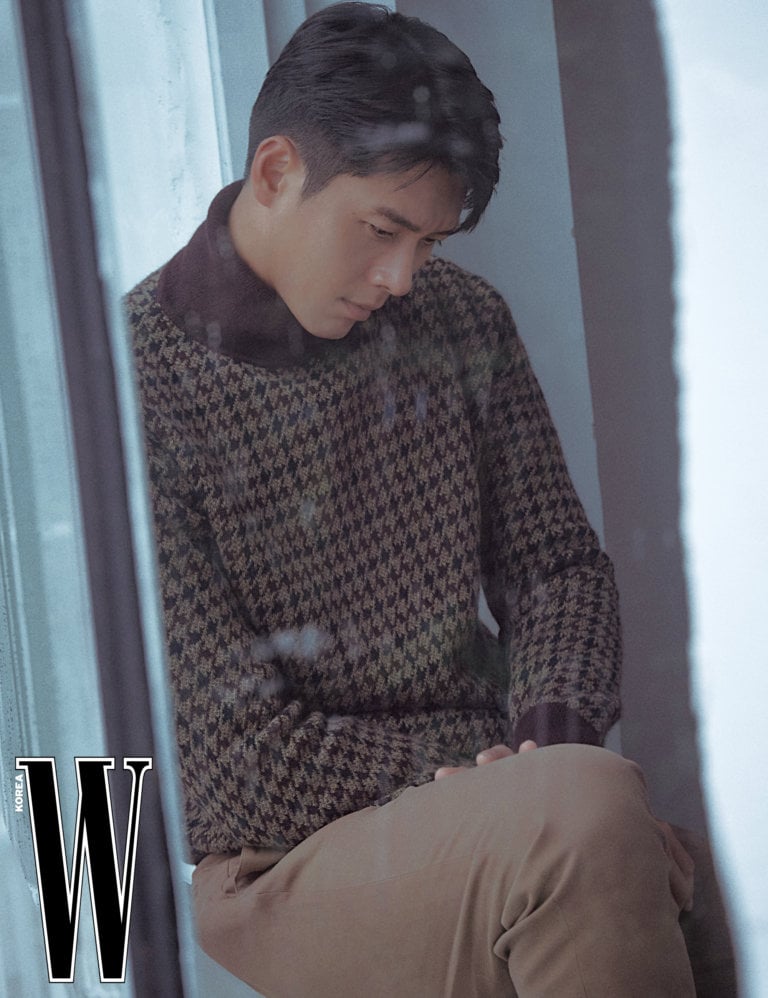 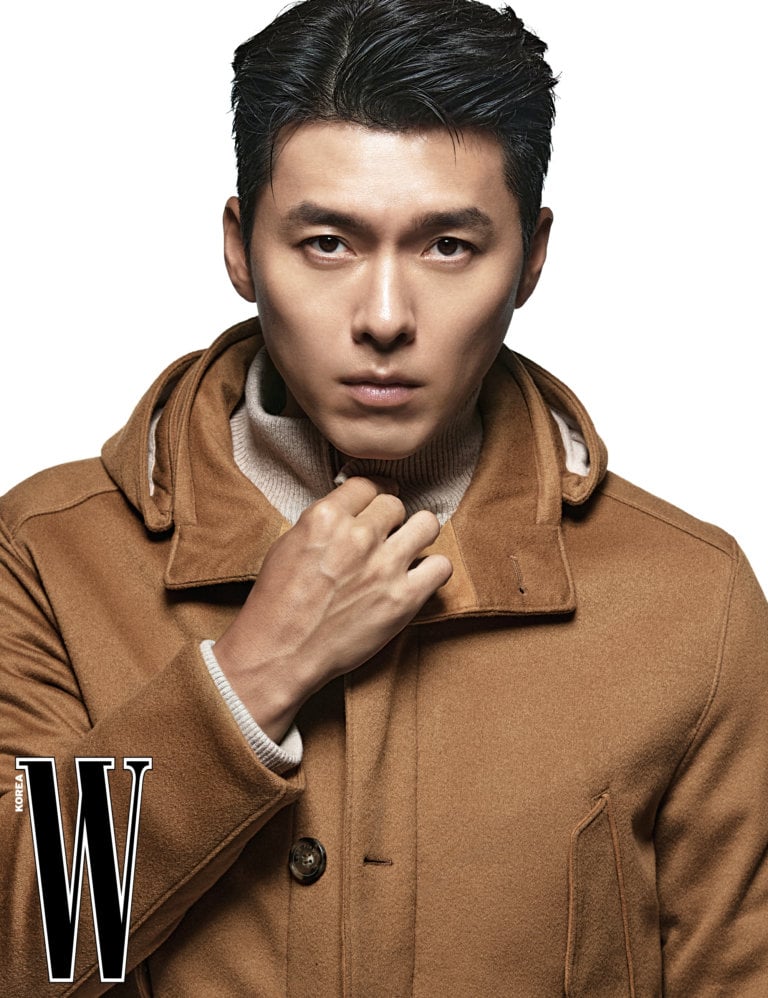 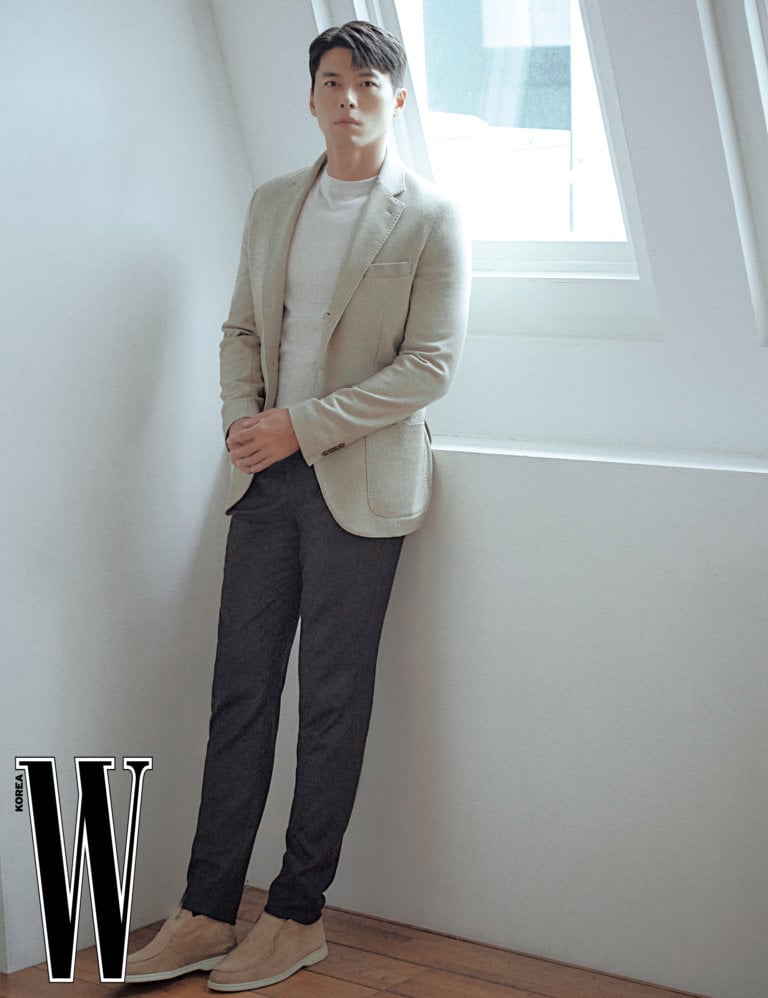 Hyun Bin recently completed filming for his upcoming film “Confidential Assignment 2: International,” after wrapping up filming for his other upcoming film “The Point Men” the previous year. He confessed that with no breaks between projects, it felt like he’d been constantly stepping on the gas pedal. “Recently, I’ve been thinking about how I should spend this time in a way that would be beneficial for me,” he said. “I need some sort of breakthrough, but I don’t know exactly what that could be yet.”

Hyun Bin revealed his process for how he steps into a new role. “The first thing I notice in the scenario or script is the environment that my character is in,” he began. “For example, in ‘Crash Landing on You’ my role was a North Korean person, so I had to speak in the North Korean dialect and also know how to play piano. From there, I find the primary things I need to do to prepare for the role.”

“Crash Landing on You” became an international sensation, earning favorable reactions not only in Asia but across the globe. When asked what kind of feedback he’d heard, Hyun Bin casually mentioned, “I just end up hearing all kinds of things, like how there’s a lot of people from many different countries who watched it. Daniel Henney, who I filmed ‘Confidential Assignment 2: International’ with, also told me that the drama is really popular. His friends in America told him to make sure to take a picture with me.” 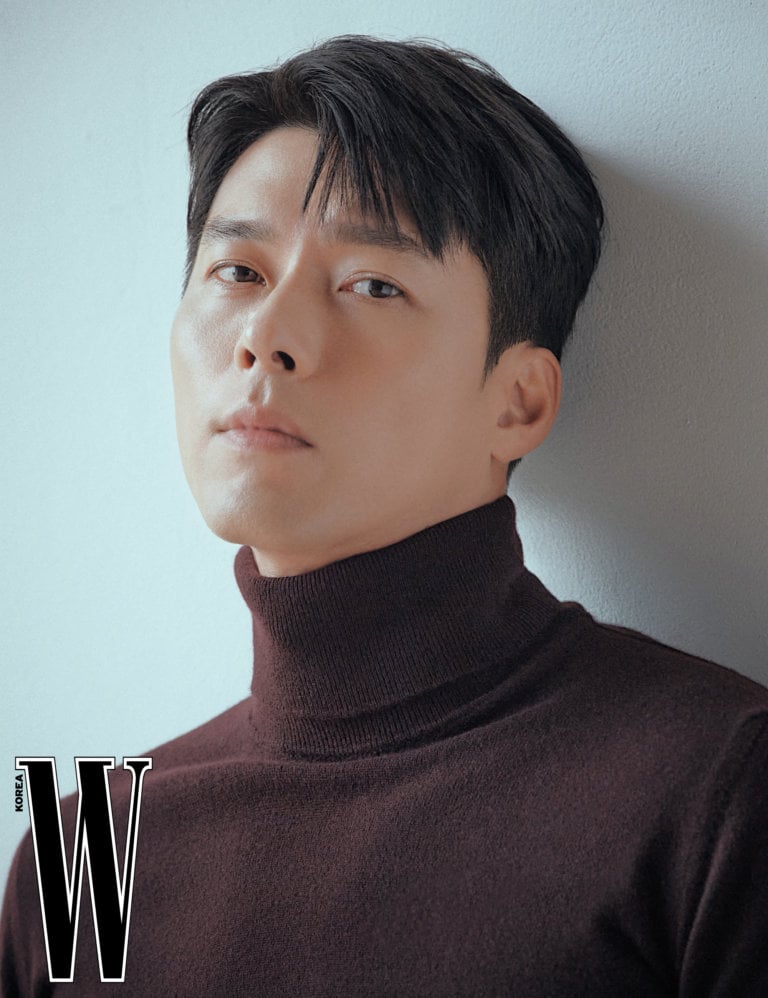 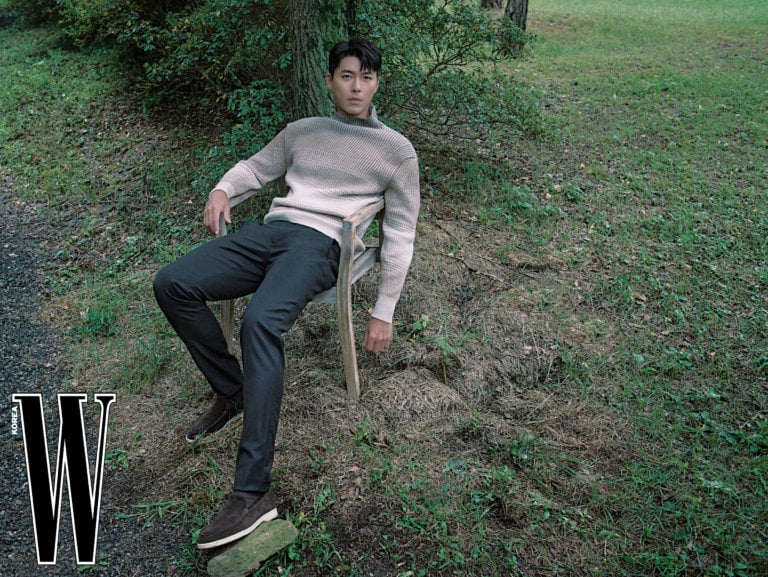 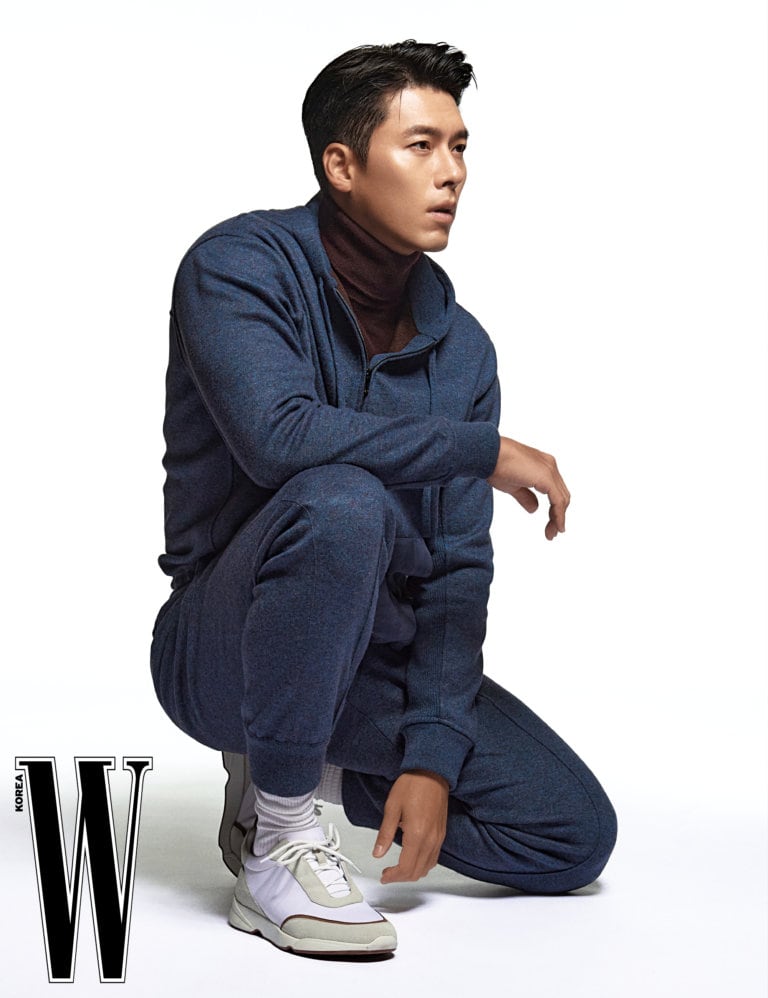 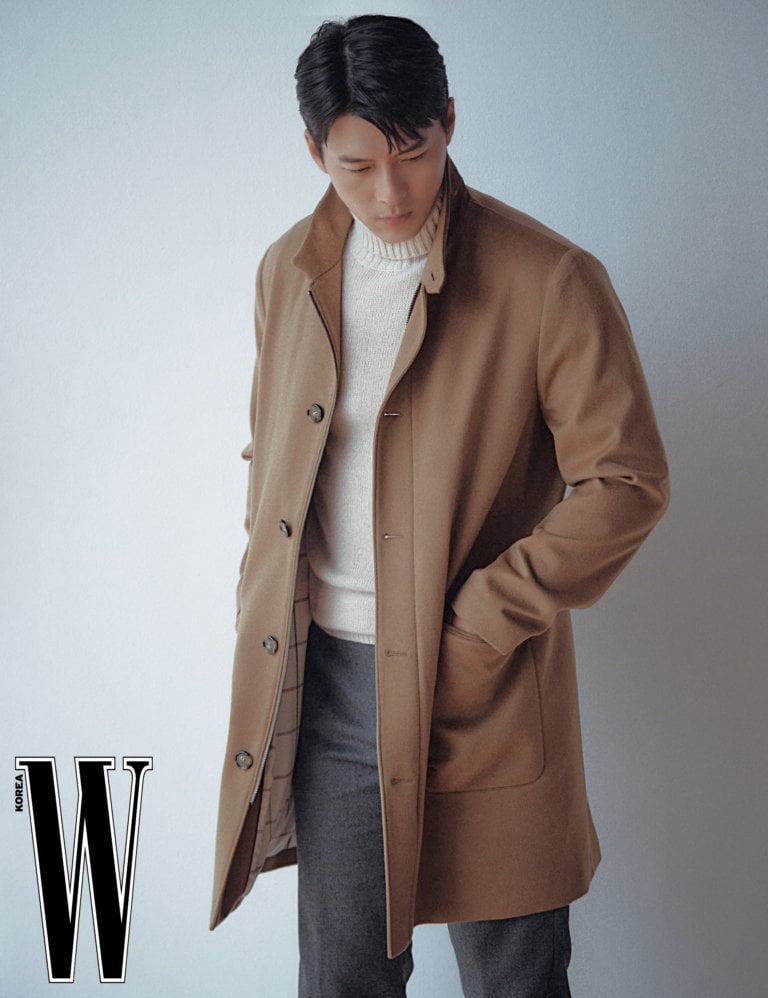 Hyun Bin shared that he enjoyed filming for the upcoming film, despite the difficulties he encountered. When asked if he had difficulties with the amount of action scenes, he responded, “That’s something I’ve already done before and knew it would be happening, so that was alright. The problem actually arose from it being something I’d done before. Since I’d already created the character of Cheol Ryung, a detective from a North Korean special investigation team, I thought it would be okay to just place that character in a different situation. I thought it would be extremely effortless, but I was mistaken. The sequel has to be more developed that the original, so why didn’t I think to develop my character more?”

Hyun Bin then explained how he remedied the situation by quickly thinking of something to add to his role. He said, “Like I mentioned before, I found components to add by looking at the relationship my character has with others and each specific scene. I thought about things like how Cheol Ryung would change after rising through the ranks.” He added with a laugh, “By figuring out those sorts of things, I safely completed my acting.”

As Hyun Bin is also known for his roles in the romantic comedy genre, the interviewer questioned if he switched genres on purpose in order to avoid getting stuck with one single image. Hyun Bin compared his switch in genres to reading a book. “When you pick up a book you once read a long time ago after many things have changed, it hits you differently, right? Although it might be the same script or scenario, how I read it depends on my age, the situation I’m in, and my emotional state,” he explained. 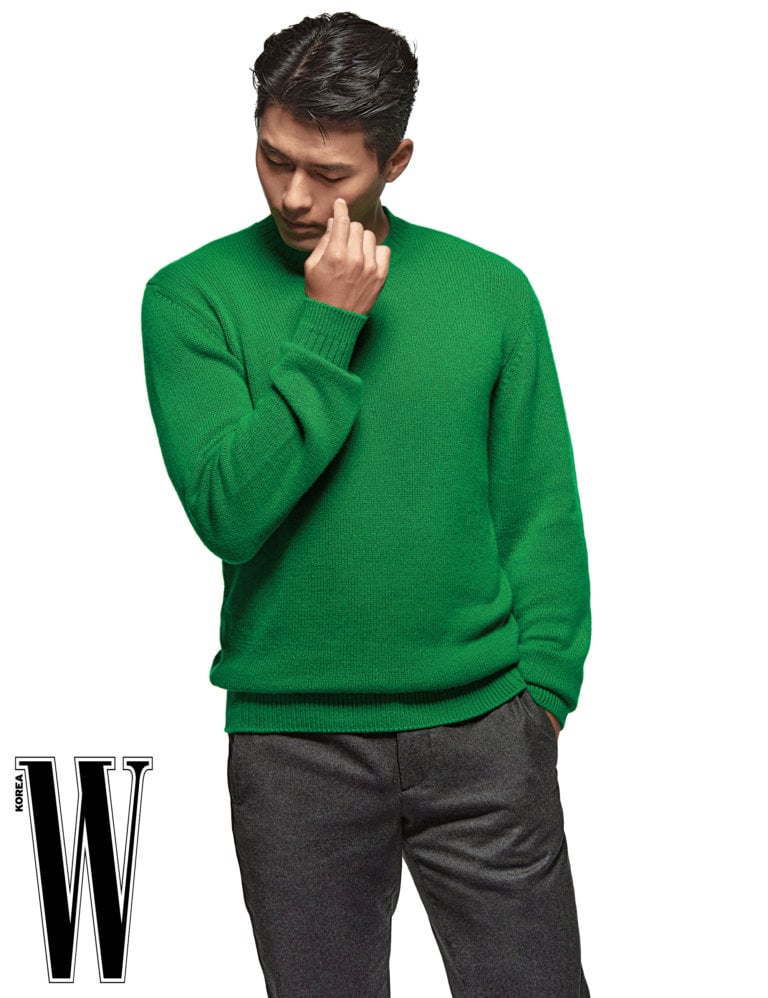 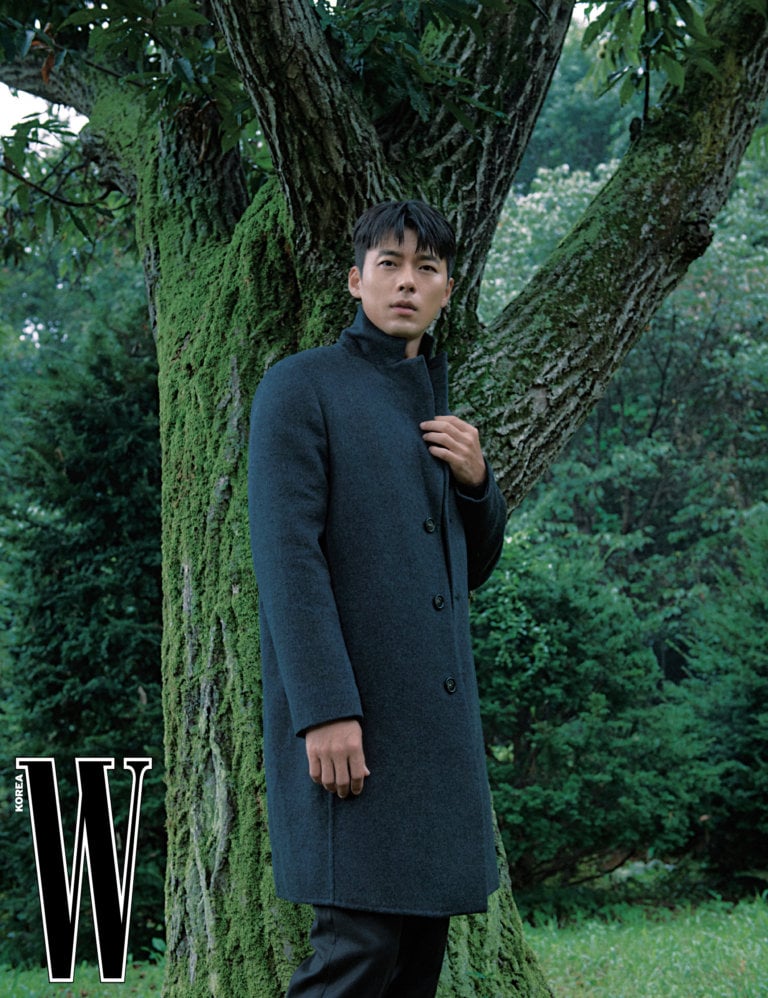 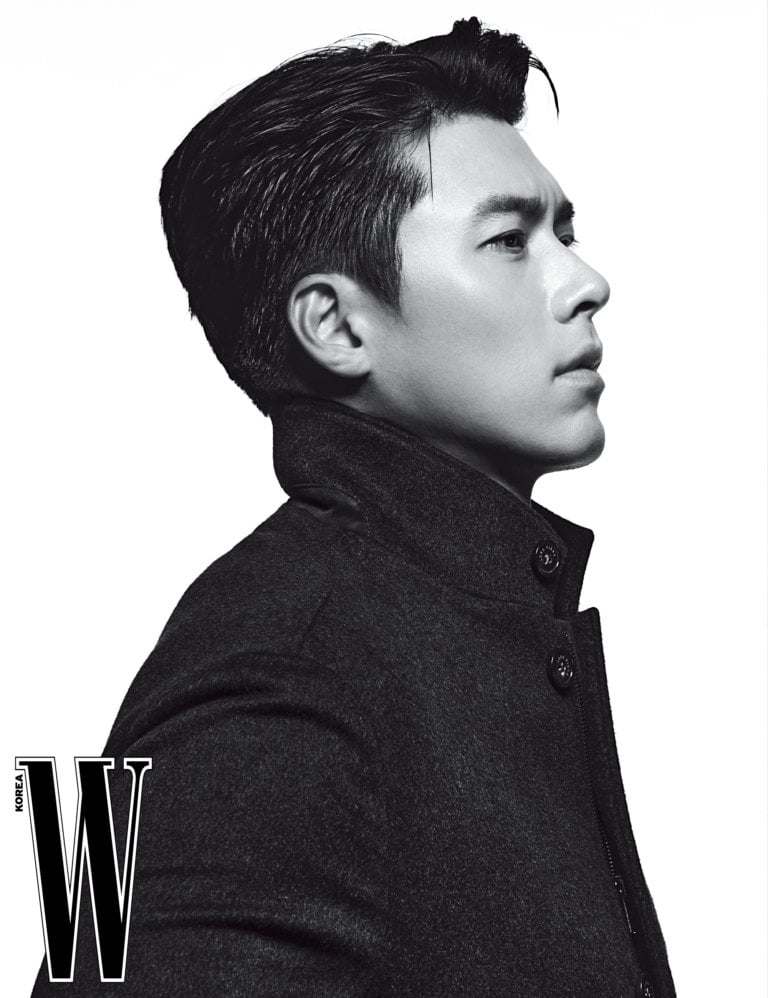 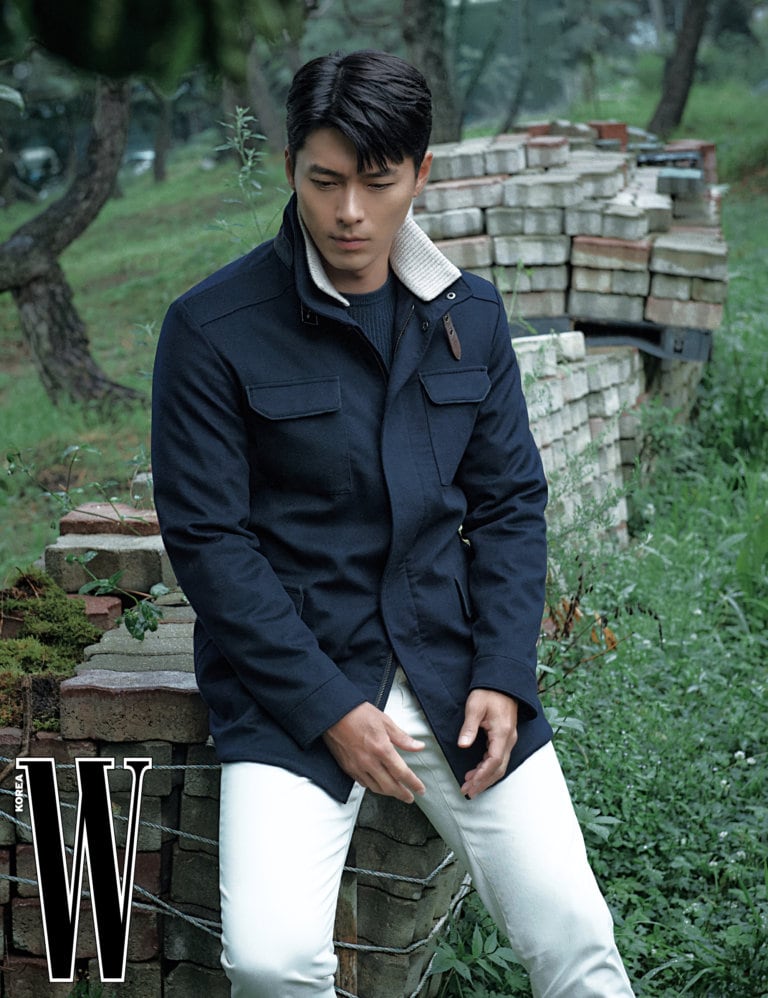 Soon to be 40 years old, Hyun Bin said that he feels proud for having made what he thinks to be the right choice. On the other hand, he added, “Rather than something I long for, there’s something that I find to be a pity. I feel like I’m slowly fading away.”

He continued, “This career path is one that requires some sort of intersection. One that’s made where I satisfy what people want. Although it’s difficult to live up to 100 percent of the expectations, it’s a job where I have to fulfill what I can. But at some point, I wondered if this person who tried to fulfill everyone’s expectations was really me. I asked myself if I was just fooling myself, and who I really was. It was sort of scary.”

Hyun Bin spoke about how he is attempting to create his work-life balance. “The key is to figure out how to find a balance so that my job doesn’t consume me. On the other hand, when I know exactly who I am and take the time to satisfy that personal part of me, I think that will also be beneficial for my acting.” 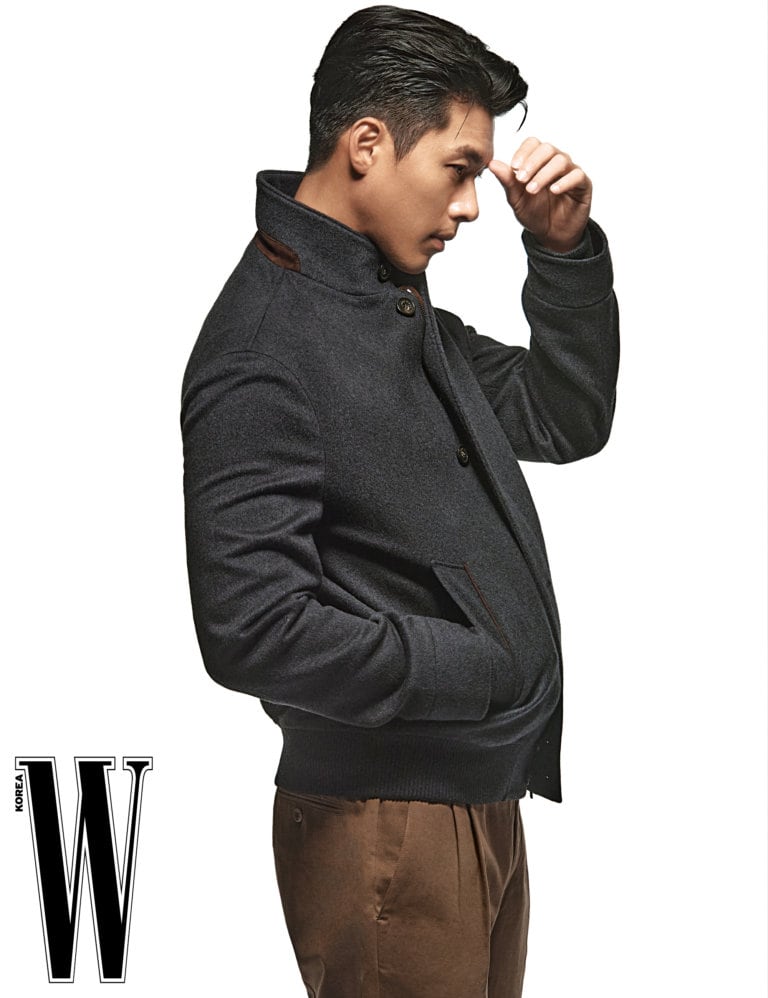 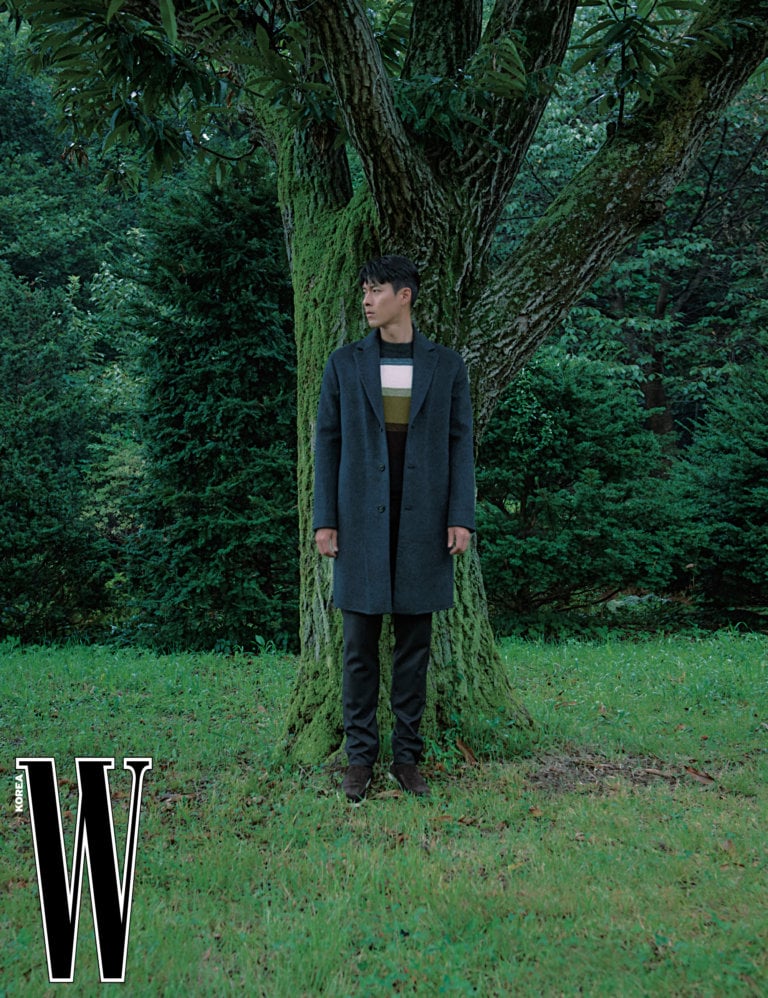 Expressing his desires for his future self, Hyun Bin said, “From a professional standpoint, I hope that my passion for acting won’t disappear. Personally, although my job isn’t normal I want to experience some normal things. No one is forcing restrictions upon me, but there end up being some limitations regardless.”

He then mulled over how to show more of his true self to the public, saying, “I don’t know what would happen if I reveal the personal sides of me the way I reveal my acting through a project. Although, while acting I do use some of my real personality every now and then. The fact that someone knows I exist and the fact that there are people who love me were made possible by those projects. As such, I should reach everyone through those projects once again.”

When asked what to look forward to in both “The Point Men” and “Confidential Assignment 2: International,” Hyun Bin laughed, “Don’t look forward to it, just wait. What’s the point in anticipating something, it’s better to not do that.” 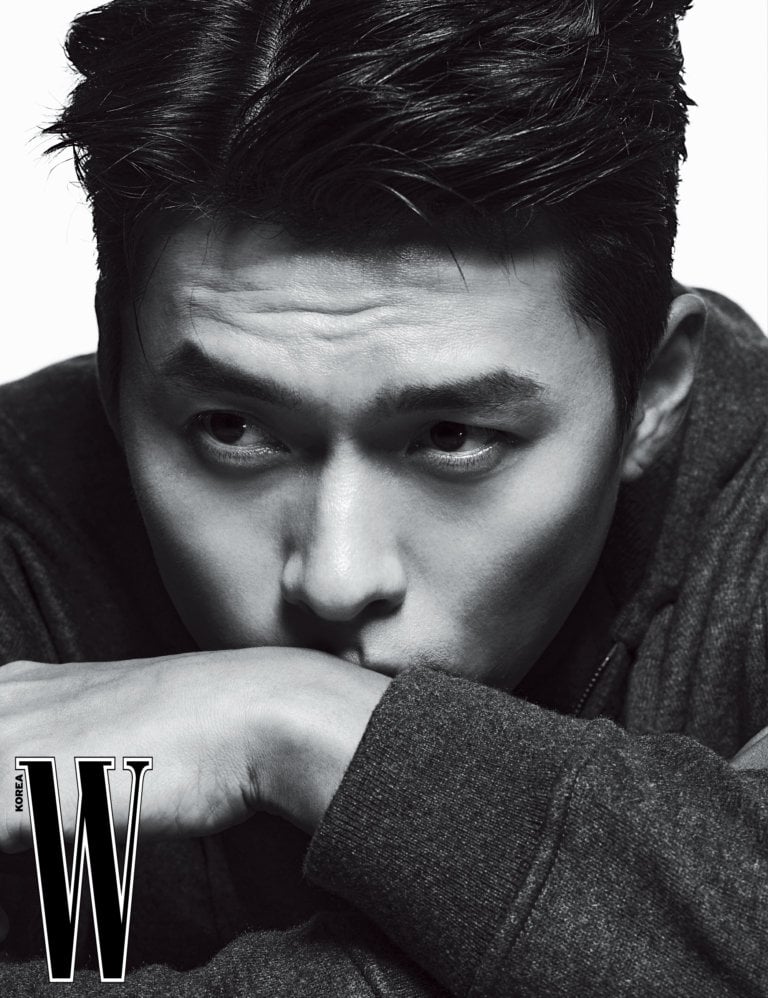 Check out Hyun Bin in his film “Rampant” with subtitles below:

Hyun Bin
W Korea
How does this article make you feel?