Highlight Shares What They’ve Been Up To, Favorite Beauty Items, And More

Highlight is one of the stars featured in the latest issue of Allure Korea!

The four members of Highlight recently got together for their first group activity in awhile with this photo shoot and interview. When asked what they’ve been up to, Lee Gikwang shared, “The members all have a lot of personal activities. By the time this interview is released, I think my fake documentary variety show and a different activity will have begun. The concrete details are a secret, but please watch over me. I also recently started golfing and it’s so fun.”

Yang Yoseob shared, “I’m paying close attention to preparations for my solo album. As it’s my first full solo album, I’m working that much harder, so please look forward to it lots.” 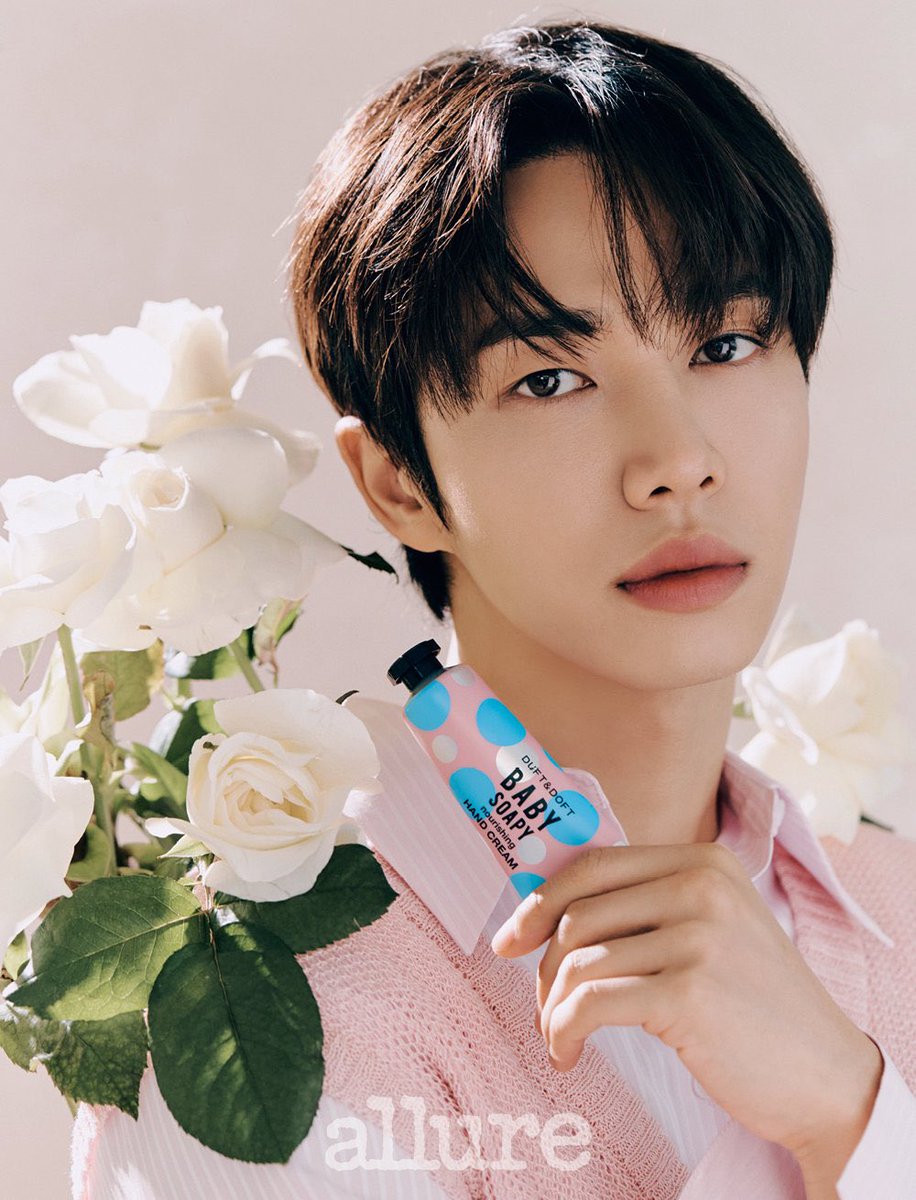 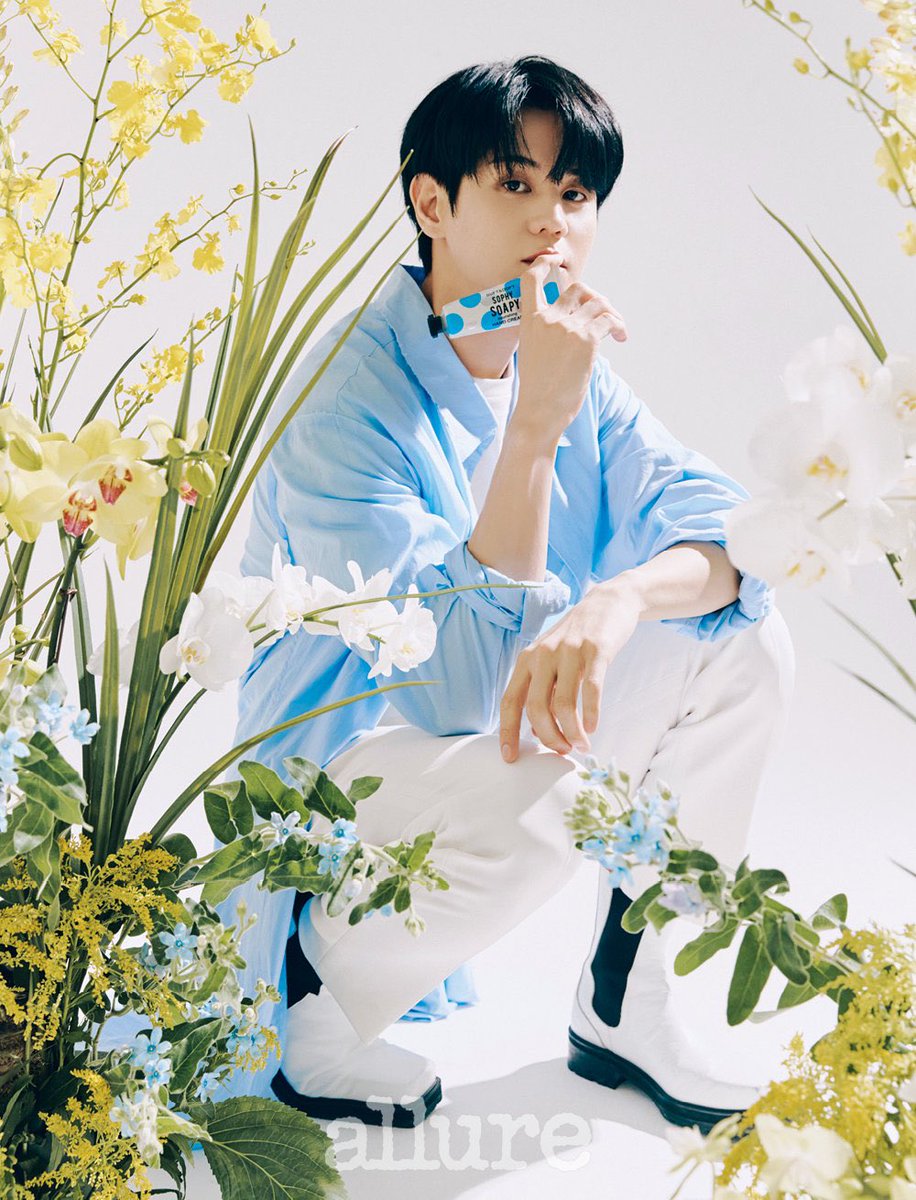 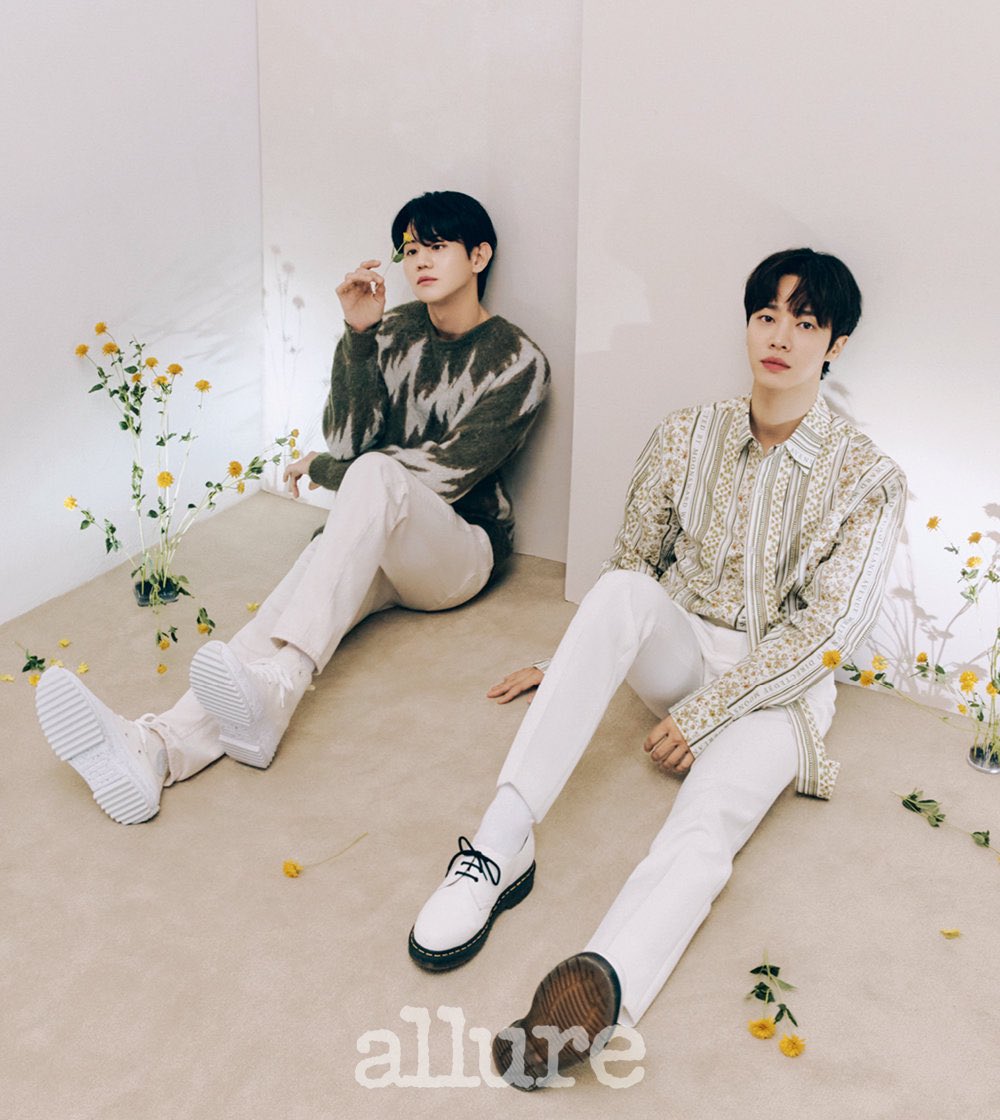 Yoon Doojoon continued, “I start filming a movie soon so I’m studying the script. Although it’s a cameo, it’s my first film appearance in awhile so I’m nervous. I’ve also been paying lots of attention to the editing of videos going up on my YouTube channel that I opened a few months ago, but I haven’t been able to film due to COVID-19 so I’m upset.”

Son Dongwoon answered, “I’ve been filming my web drama ‘The Guys I Want to Catch‘ (literal title). I’m embarrassed, but since it’s my first attempt at acting, please watch it enjoyably.” 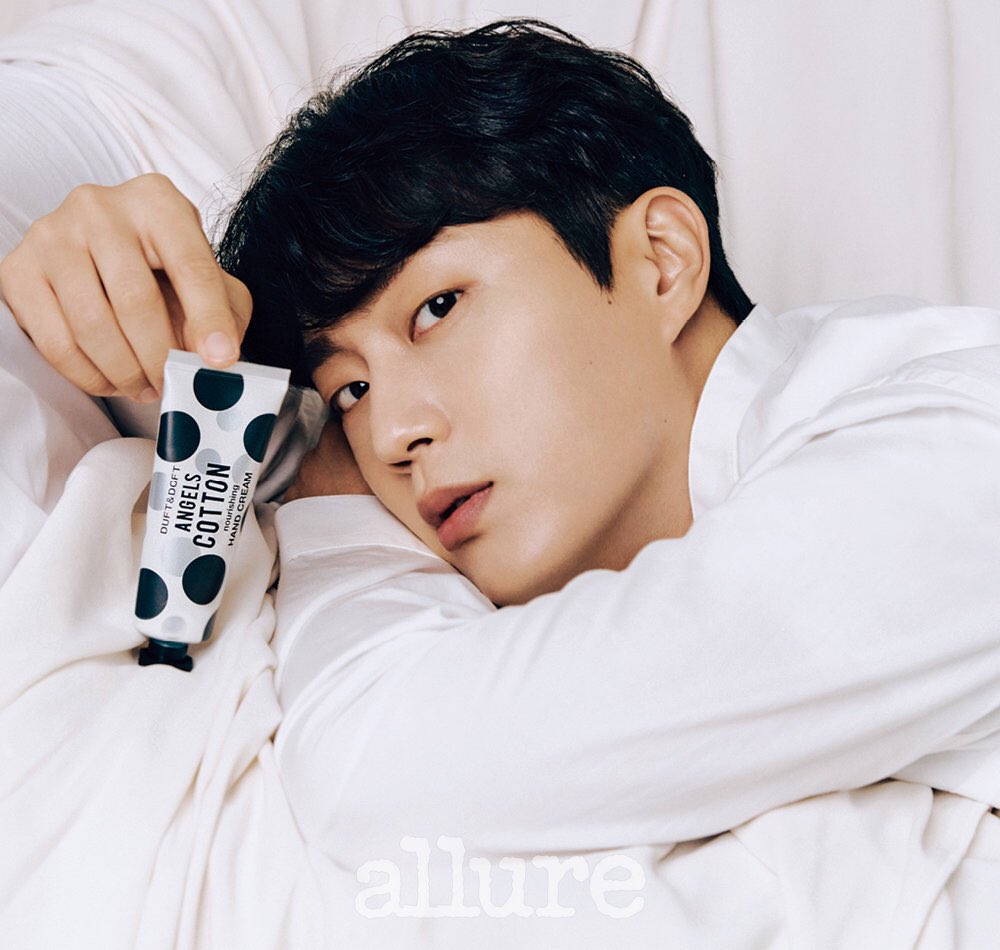 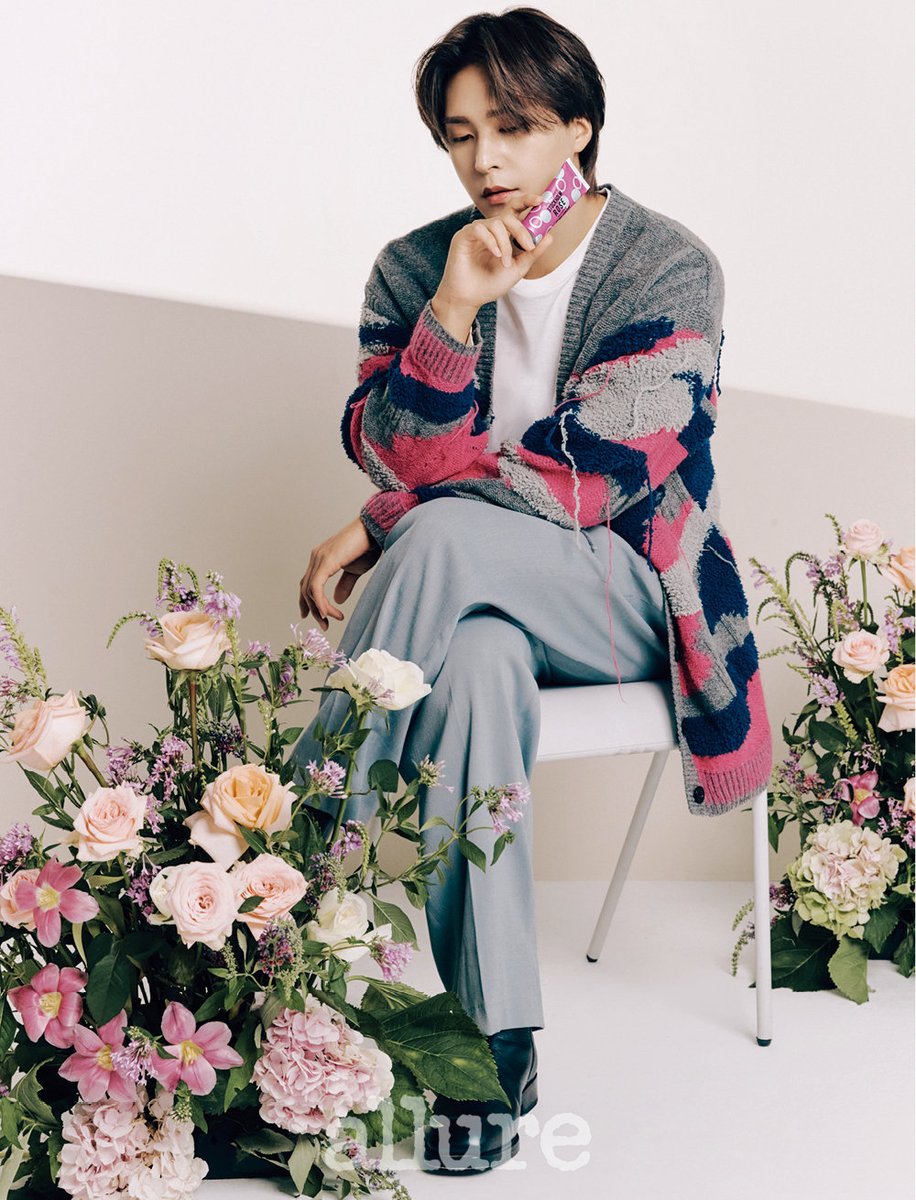 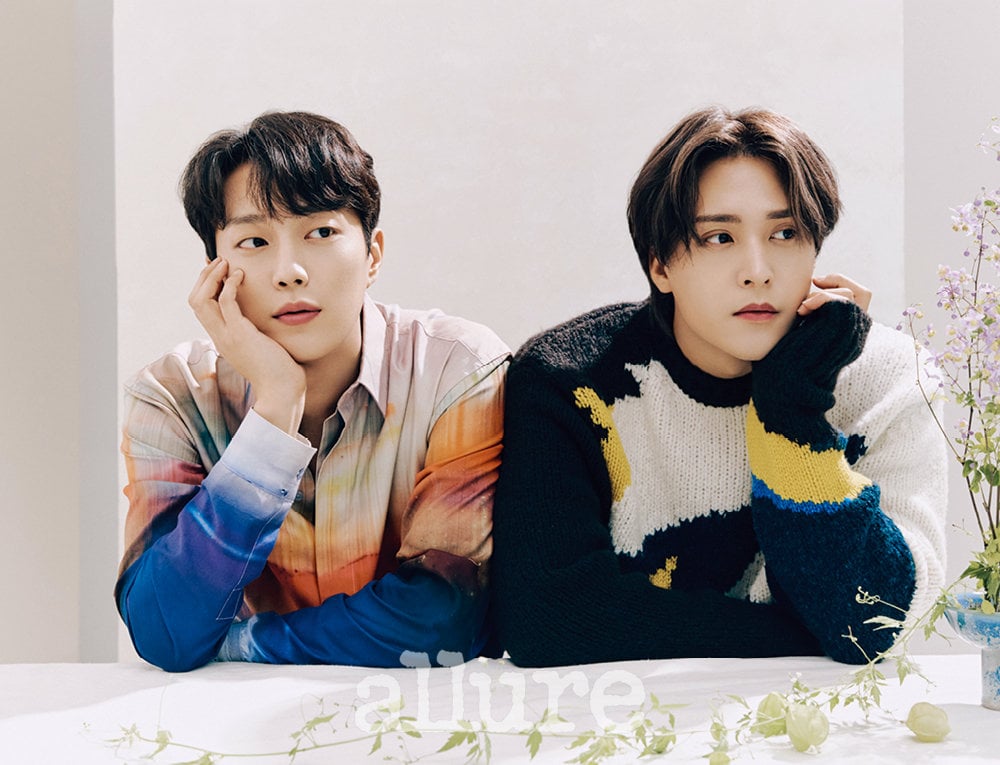 As they teamed up with beauty brand Duft & Doft for the photo shoot, the group was asked what beauty items they always carry around with them.

Lee Gikwang picked perfume and explained, “I have a lot of interest in scents. I spray it periodically as my plans go longer and it even changes my mood.” Yang Yoseob answered, “I always pack lip balm if I’m visiting the agency or going to practice. My lips are on the dry side so I apply it often.”

Lastly, on behalf of the group, Yoon Doojoon left a message for the Allure audience and fans of Highlight. He commented, “We are all healthy and doing well, faithfully doing our own work in our own positions. We hope that our fans and all Allure readers seeing this article have a fruitful Autumn day!” 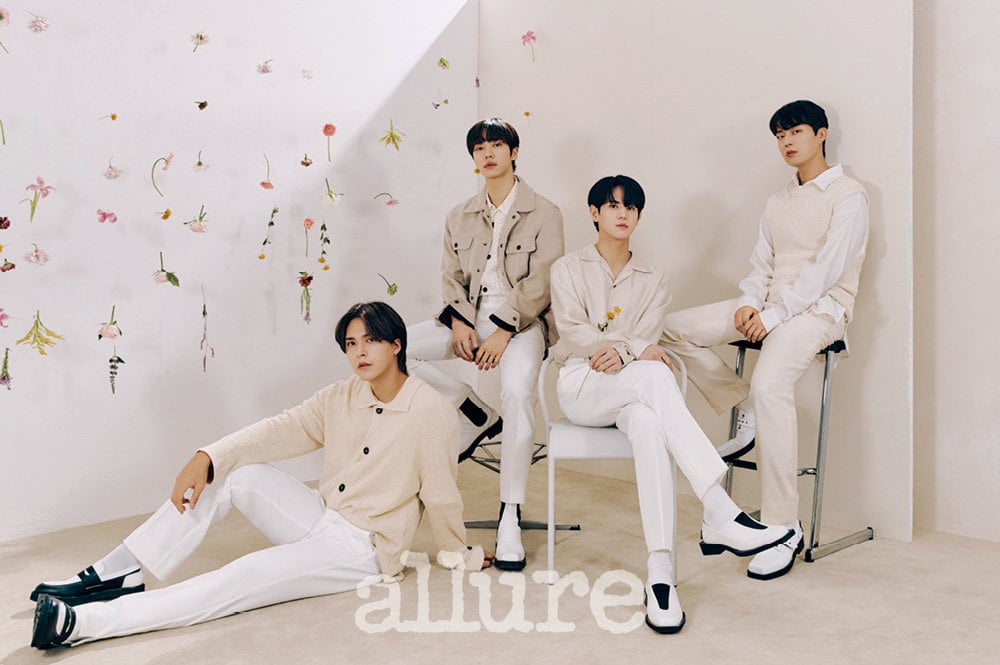 Allure
Highlight
How does this article make you feel?