HYBE To Release New Original Webtoons Based On BTS, TXT, And ENHYPEN

HYBE held their corporate briefing, titled the 2021 HYBE Briefing with the Community, on November 4 at 10 a.m. KST.

At the event, HYBE unveiled their plans to initiate business utilizing their own original stories, which will be a new form of intellectual property (IP) owned by the company. They plan to showcase in various ways the content based on these original stories that are planned and developed by the company. The main idea of HYBE’s original story business is to expand artist-based content to include not only music, but also stories that can flexibly be applied to different types of media formats.

HYBE will cast the artists into these stories, meaning that they will create webtoons, web novels, and animations in collaboration with the HYBE artists and release them on various platforms.

HYBE has announced four original stories that will be released as webtoons and web novels next year. They are “7Fates: CHAKHO” with BTS, “THE STAR SEEKERS” with TXT,” “DARK MOON” with ENHYPEN,” and “Crimson Heart.” The first three will be released in January 2022 in collaboration with Naver Webtoon in both webtoon and web novel formats.

BTS’s “7Fates: CHAKHO” is an urban fantasy story inspired by Joseon Dynasty’s tiger-hunting officers called chakhogapsa. It is set in a city in the near future and tells the story of seven boys tied together by fate who overcome hardships together and grow. 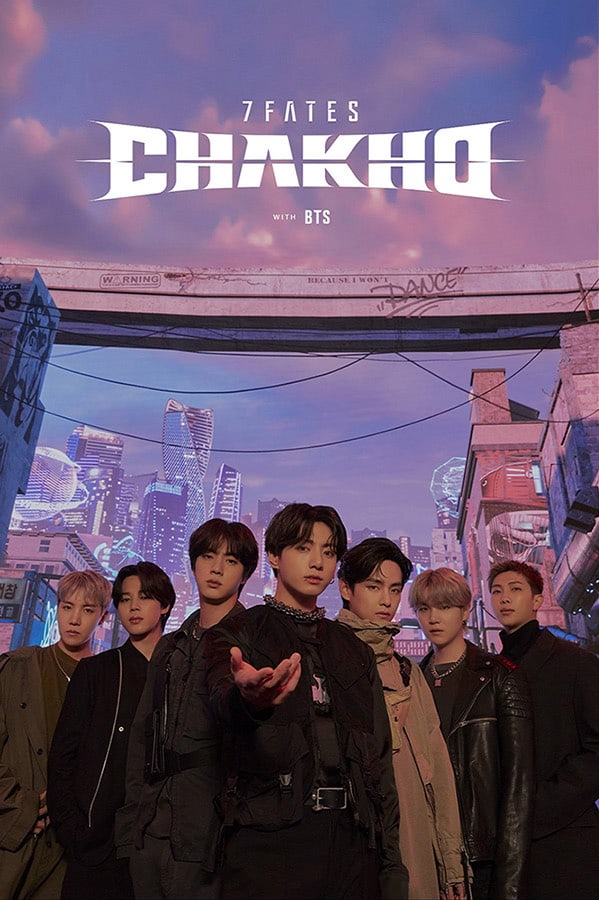 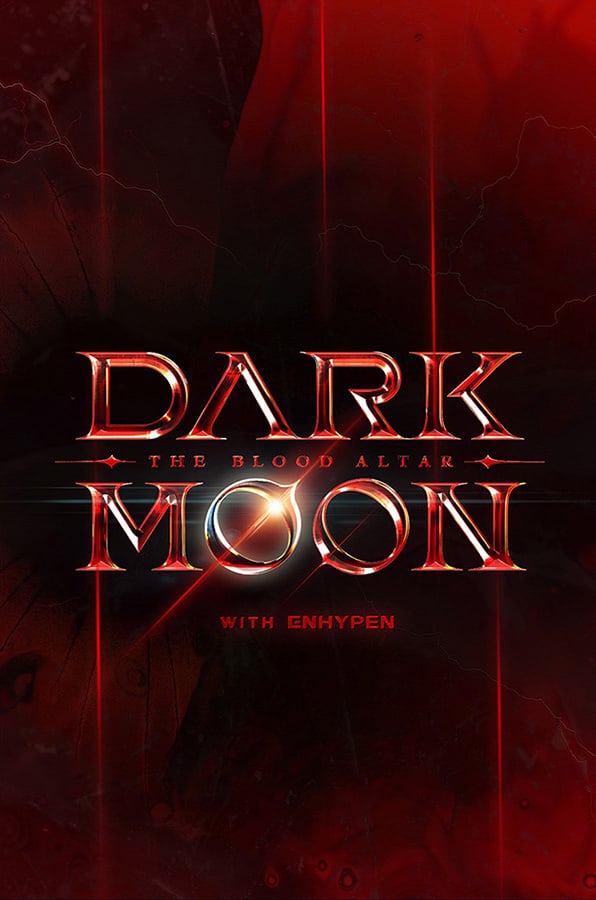 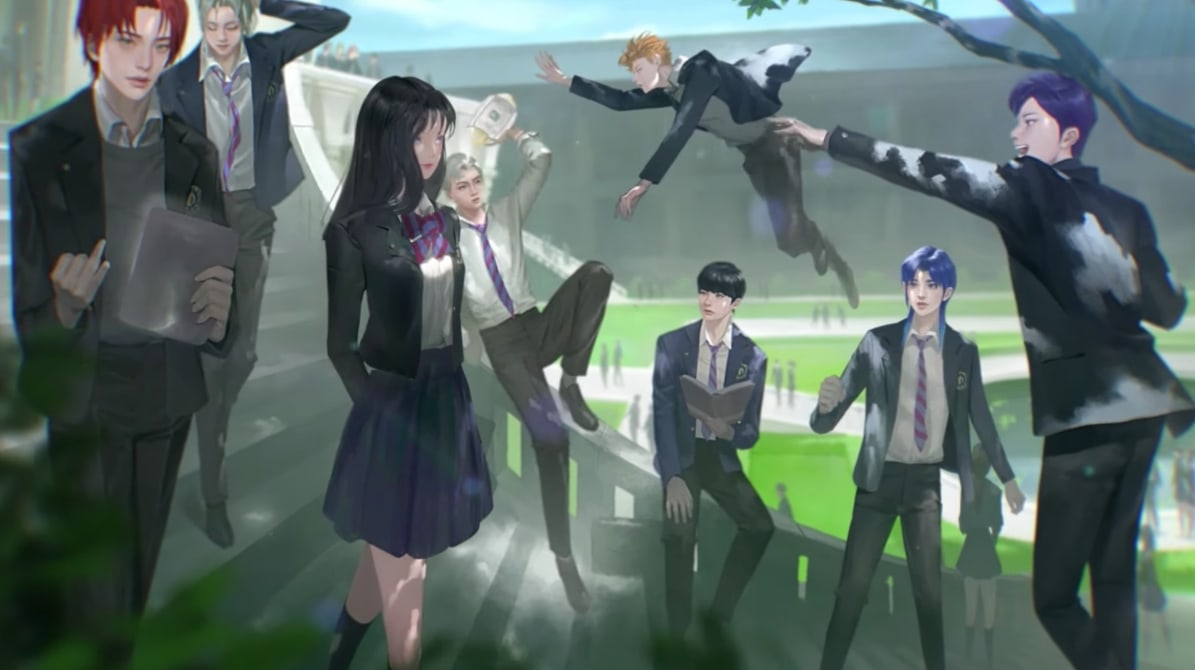 TXT’s “THE STAR SEEKERS” is a fantasy tale about K-pop idol boys who live in a world where magic and reality coexist. Together, they fight against the secret surrounding the downfall of the world. Fantastical elements such as imaginary animals and magical performances will be mixed with stories about the entertainment world. 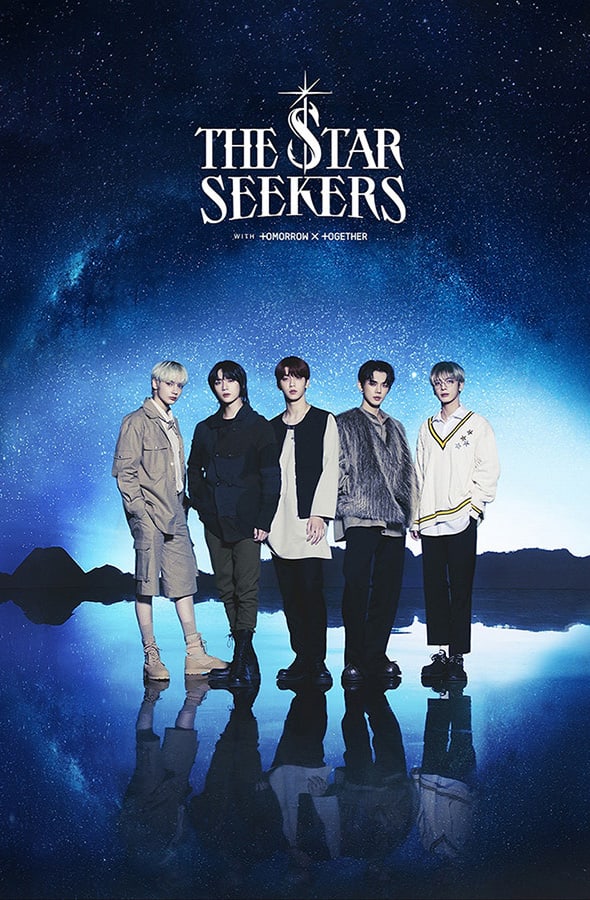 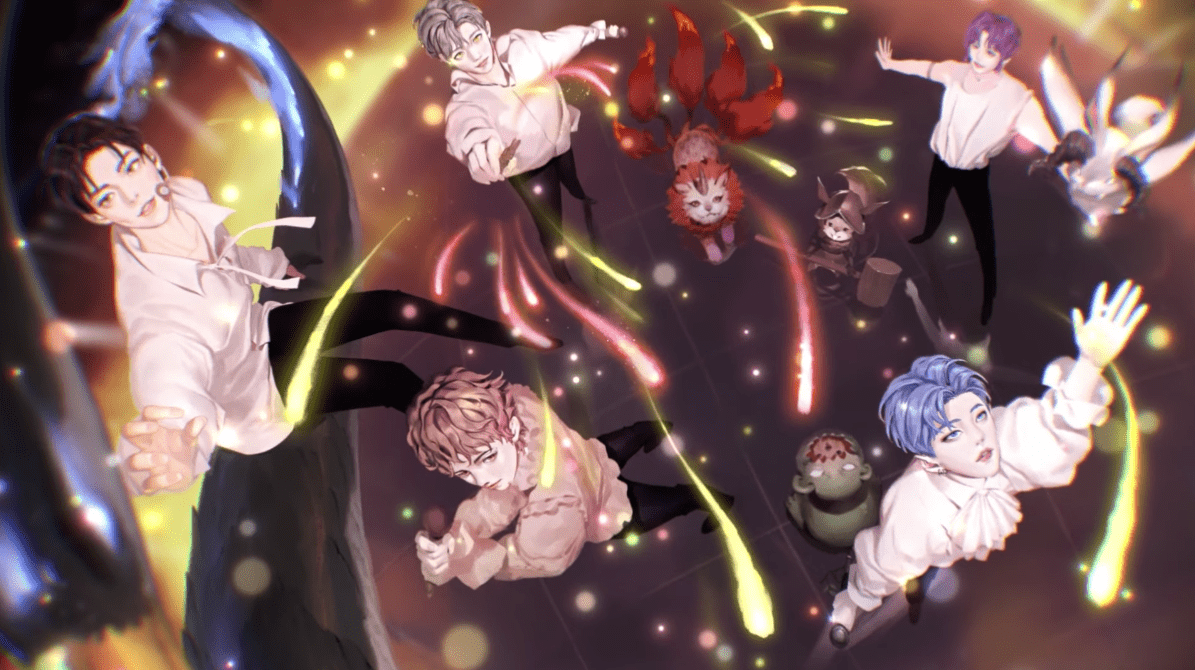 “7Fates: CHAKHO” will be serialized on Naver Webtoon’s global platform starting on January 15, 2022, ENHYPEN’s “DARK MOON” on January 16, and TXT’s “THE STAR SEEKERS” on January 17.

Some other announcements at the corporate briefing included HYBE America’s plans to create a new girl group in the United States in collaboration with Geffen Records of Universal Music Group, HYBE Japan’s Global Debut Project for the upcoming boy group that includes former “I-LAND” contestants, Weverse’s plans for integration with V LIVE, a new game involving BTS, and entry into the NFT business. Read more about these topics here and here.

BTS
TXT
ENHYPEN
HYBE
How does this article make you feel?